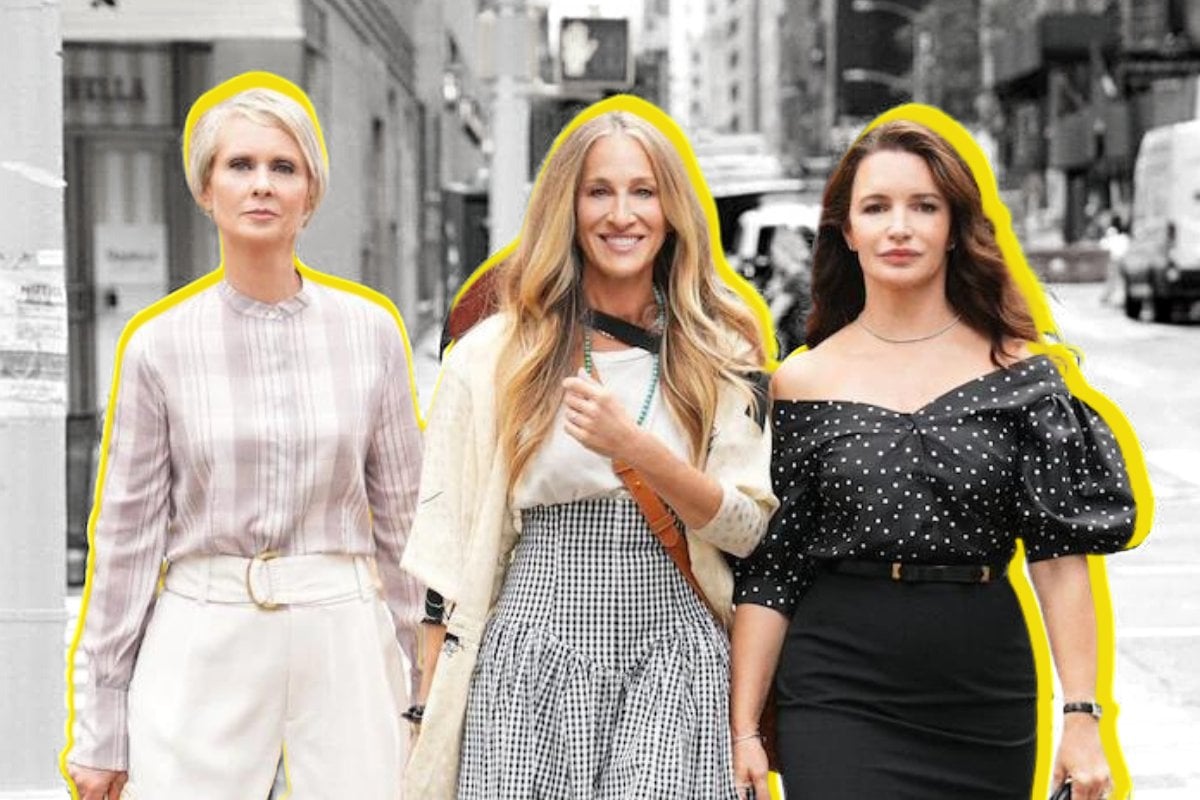 It's only been a few days since the iconic reboot of Sex And The City returned to our screens and its impact has been notable - not just for fans but for the show's biggest stars as well.

It had been a long road for lavish New York-based writer Carrie Bradshaw, who it seemed had really only just settled into happiness after years of tumultuous on-and-off relationships with Mr. Big.

So for fans and for Carrie to lose it all within just one episode was a treacherous leap for the show - but a crucial one.

While it may seem like grief and mourning are piqued to be the most touching topics on the series, Kristin Davis says she doesn't believe they will be the themes that define And Just Like That.

"I would not say that this series has chosen to focus on grief as an overall. I know that we came out of the box with that so I get everybody’s feelings. And I also feel that culturally, we are experiencing a lot right now [such as] grief, anxiety — many things," she told The Hollywood Reporter.

Read more: Mia Freedman: And Just Like That... I changed my mind about the SATC Reboot.

Miranda's Cynthia Nixon admitted the reboot wanted to focus on loss, grief and death, as it was not something any of the characters experienced on a deep enough level throughout Sex And The City.

"I think, at root, we wanted to take all these characters and kind of pull the rug out from under them in comedic ways and in dramatic ways," she explained.

She also acknowledged the importance of releasing And Just Like That during the coronavirus pandemic, and the pain associated with it. The sheer horror that has encapsulated many around the world since the beginning of 2020, was not lost on Nixon, who revealed she too has "lost" loved ones.

"We’re coming out of a period of so much widespread death," she said. "I lost people in the pandemic, and I think many of us did. I also think when you’re 55, hopefully, you’ve got 30-plus more years, but there’s more life behind you than there is ahead of you and you’re very aware of that."

The number one way to show the power of death, Nixon reveals, was by taking Big from Carrie.

"There would be nothing more destabilising that you could do to Carrie. In the same way you’ve taken Miranda’s identity as a corporate lawyer — or she’s taken it, thrown it on the ground and stomped on it. She’s taken her red hair and done away with it."

She continued: "Being 55, you’re still young enough to have one or two or three more big chapters. Change your career if you want to, but you also are aware that the time to do that is starting to run out."

Just two episodes in, and fans have already been given a glimpse into Carrie's strength - which was only propelled by the help of her lifelong friends. And sadly, it sounds like Big's death will not be the only one addressed in And Just Like That.