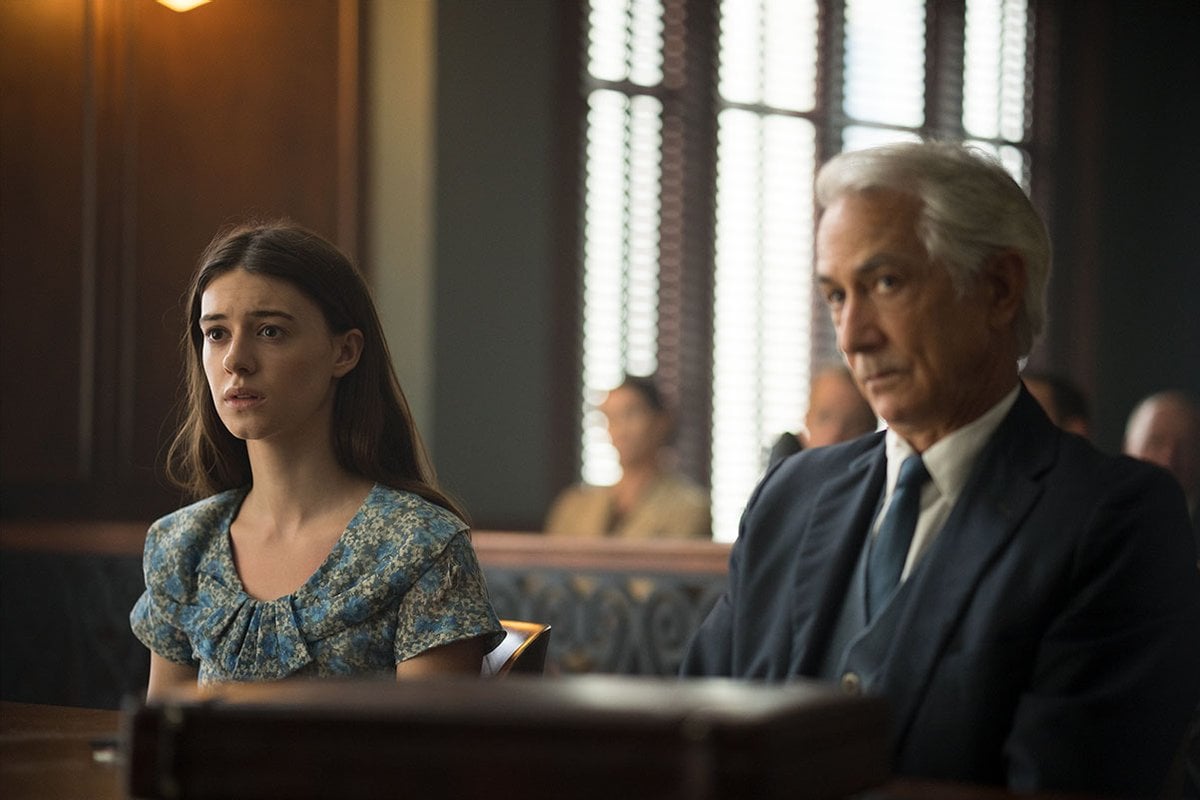 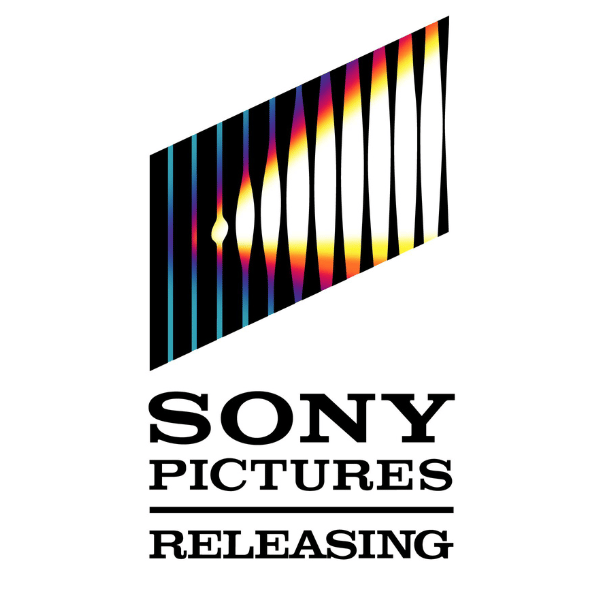 Thanks to our brand partner, SONY PICTURES RELEASING

There's always a sense of trepidation when you hear a beloved book is being adapted into a movie. But when it comes to the highly anticipated film Where the Crawdads Sing, the story is more compelling than ever before and not to be missed on the big screen.

Where the Crawdads Sing is the story of an abandoned young girl named Kya, who is left to raise herself alone in the dangerous marshlands of North Carolina in the early 1950s.

Meanwhile, the nearby community of Barkley Cove has always swirled with rumours of the “Marsh Girl”, which in turn kept the resilient Kya completely isolated.

Her life changes dramatically, however, after she finds herself drawn to two young men from town, and with these relationships, Kya finally seems ready to open herself up to the world.

Until one of the young men is found dead, leaving Kya to immediately be seen by the community as the main suspect in his death. But as the case unfolds, the story around what actually happened becomes very unclear, leading the audience to discover that there are many secrets hidden within the marsh. 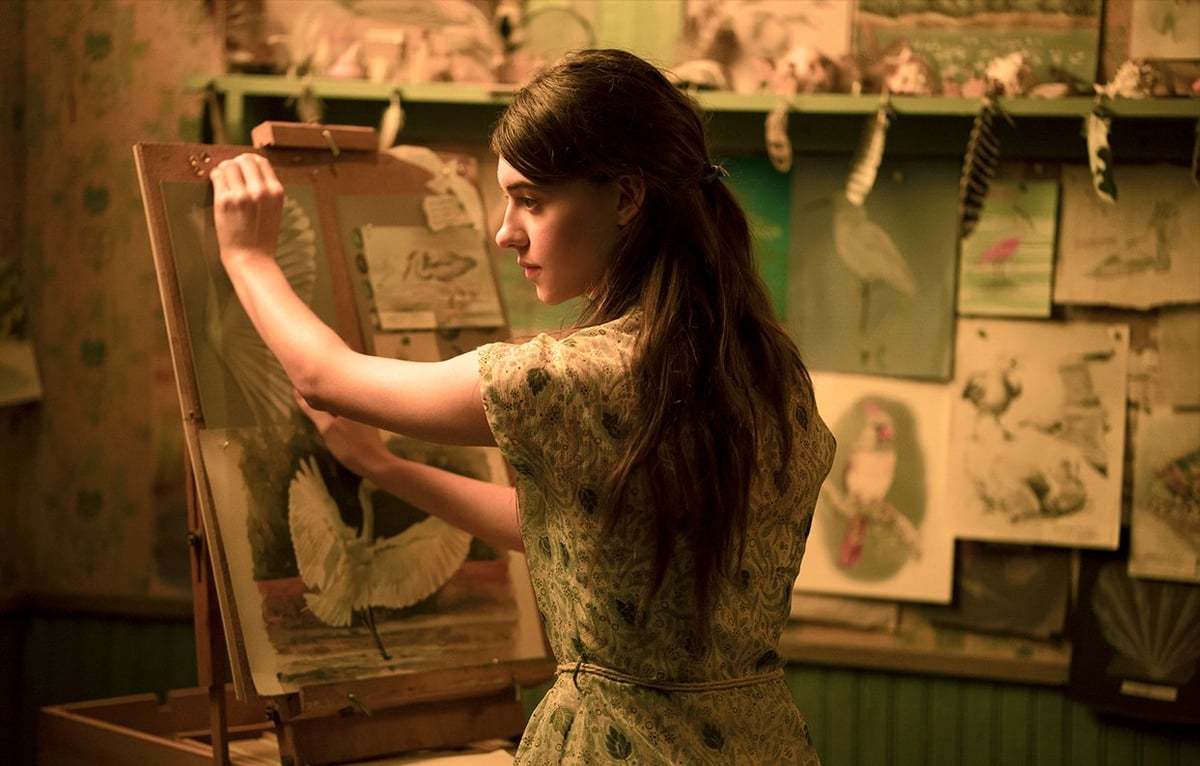 Daisy Edgar-Jones is perfectly cast as Kya in Where The Crawdads Sing. Image: Sony Pictures.

Here's everything you need to know about the film Where the Crawdads Sing.

When it was first released, Where the Crawdads Sing was an instant hit with readers and critics alike.

American author Delia Owens’ 2018 novel Where the Crawdads Sing topped The New York Times Fiction Best Sellers list in 2019 and 2020 for a combined 32 non-consecutive weeks. By January 2022, the book had sold 12 million copies, making it one of the best-selling books in decades.

Delia Owens’ debut novel was then given a further seal of approval after it was selected by Reese Witherspoon's Hello Sunshine Book Club in September 2018, an event that would lead to making its way to the big screen.

When it came to adapting the book into a film, a Hollywood power player immediately saw the potential.

Where the Crawdads Sing is co-produced by Reese Witherspoon and her production company Hello Sunshine, alongside 3000 Pictures for Sony Pictures, and directed by Olivia Newman from a screenplay written by Lucy Alibar.

In an interview with Vanity Fair, Reese Witherspoon said she deeply connected with the book because "it is a love letter to growing up in the South, which for me really resonated because I grew up in New Orleans and Nashville.

“I read this novel probably in one, maybe two days. I just couldn’t put it down," Reese said. "I fell in love with Kya as a main character, as a little girl who’s growing up in this very rural area, who’s shunned by society, and is trying to find a way to just save herself, just survive.

"And the way that Delia Owens wrote this book with such authenticity, you could just tell she really grew up in this place. She really appreciated the nature around her."

Screenwriter Lucy Alibar, the Oscar-nominated writer behind the acclaimed Beasts of the Southern Wild was actually handed a copy of Where the Crawdads Sing while visiting the Hello Sunshine offices, and as soon as she started reading it found herself instantly enthralled by the characters and began imagining exactly how it could be adapted for the screen.

The Where the Crawdads Sing trailer was released in March of this year and is beautifully set to Taylor Swift’s song Carolina, which was written specifically for the film.

Take a look at the trailer for Where the Crawdads Sing. Post continues below.

An all-star cast has been assembled to bring the world of Where the Crawdads Sing to life on the big screen.

Filming for Where the Crawdads Sing was not always an easy ride for the cast, who shot large sequences of the film in New Orleans and in the far-out marshes of the North Shore. Their days included regularly battling the elements like torrential rain that flooded their sets, assorted native animals, lightning storms, and the brutal summer heat.

The result, however, is a visually beautiful film that makes you feel as if you have stepped directly into Kya's world, bringing the beloved pages of the book to life. 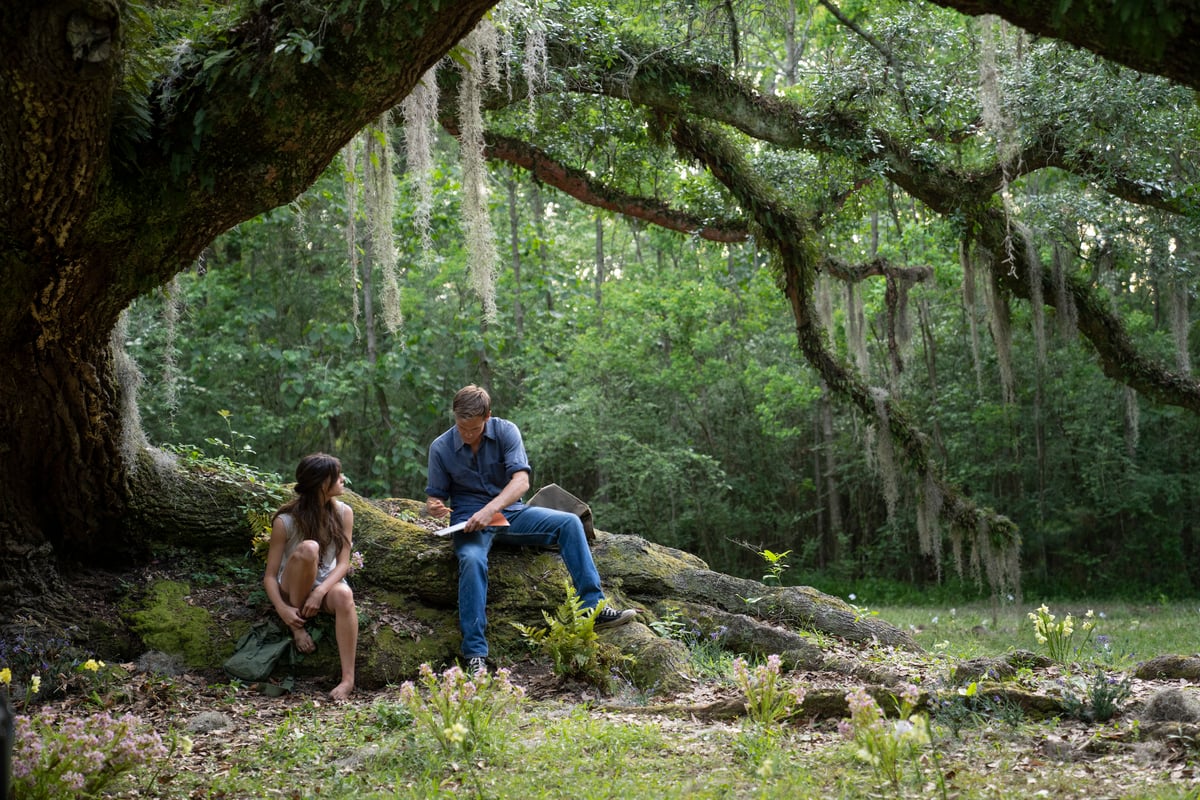 Daisy Edgar-Jones is perfectly cast as Kya, bringing a quiet but strong complexity to the young woman who sees a town turn against her.

The actress first caught the eye of viewers and critics alike thanks to her scene-stealing performance as Marianne in the hit TV series Normal People (also based on a best-selling book) and in the provocative thriller Fresh opposite Sebastian Stan.

Daisy was so eager to play Kya on screen that she made a self-tape as her audition for the part while on set filming the TV series War of the Worlds.

“I read the book in a day and a half,” Daisy told Elle in an interview. “And just fell so deeply in love with her and her world, and what the story was talking about, this idea of loneliness. She’s such a wonderfully complex character — there's a load of stuff to delve really deep into."

Starring alongside Daisy is Sharp Objects star Taylor John Smith as Tate Walker. He's a friend of Kya's who teaches her how to read after she is abandoned by her parents and siblings, only to feel left behind by him when Tate leaves town to attend college.

Rounding out the trio of stars is Harris Dickinson (known for his work in The King’s Man) as Chase Andrews, a popular quarterback who draws Kya into a relationship and talks about wanting to marry her, but always goes back on his word. A heated confrontation leads Kya to end their relationship, which sets off a series of dangerous events.

Other cast members include Michael Hyatt and Sterling Macer Jr. as the kind-hearted couple named Mabel and Jumpin who come to Kya's defence, and Jojo Regina and Luke David Blumm as the younger iterations of Kya and Tate.

Watch the highly anticipated Where the Crawdads Sing in cinemas from 21 July 2022.

Don't miss Where the Crawdads Sing, in cinemas from July 21.