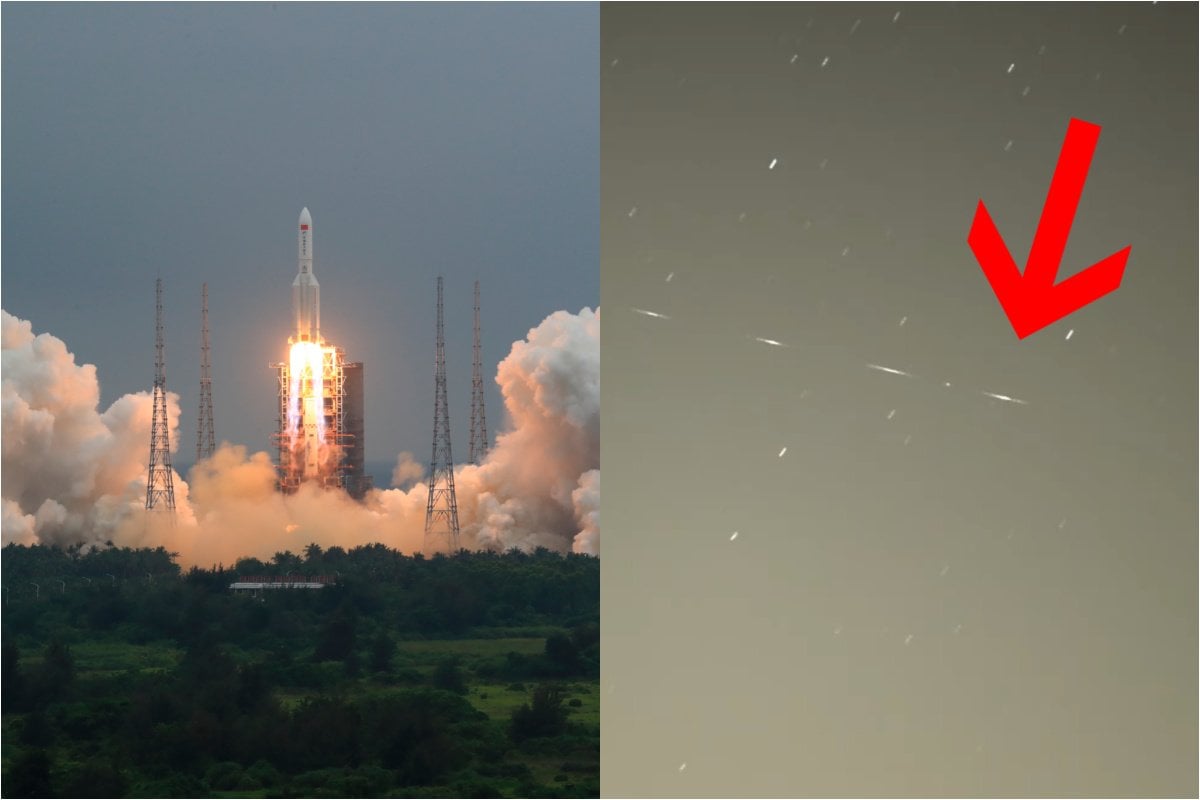 At about 12.24pm AEST today, remnants of China's biggest rocket re-entered the atmosphere before crashing into the Indian Ocean, ending days of speculation over where the debris would hit Earth.

With most of the Earth's surface covered by water, the odds of a populated area on land being hit were low, but uncertainty over the rocket's orbital decay and China's failure to issue stronger reassurances in the run-up to the re-entry fuelled anxiety.

But Chinese state media have said the rocket debris hit in ocean west of the Maldives archipelago, and says most of the debris was burnt up on its way down. 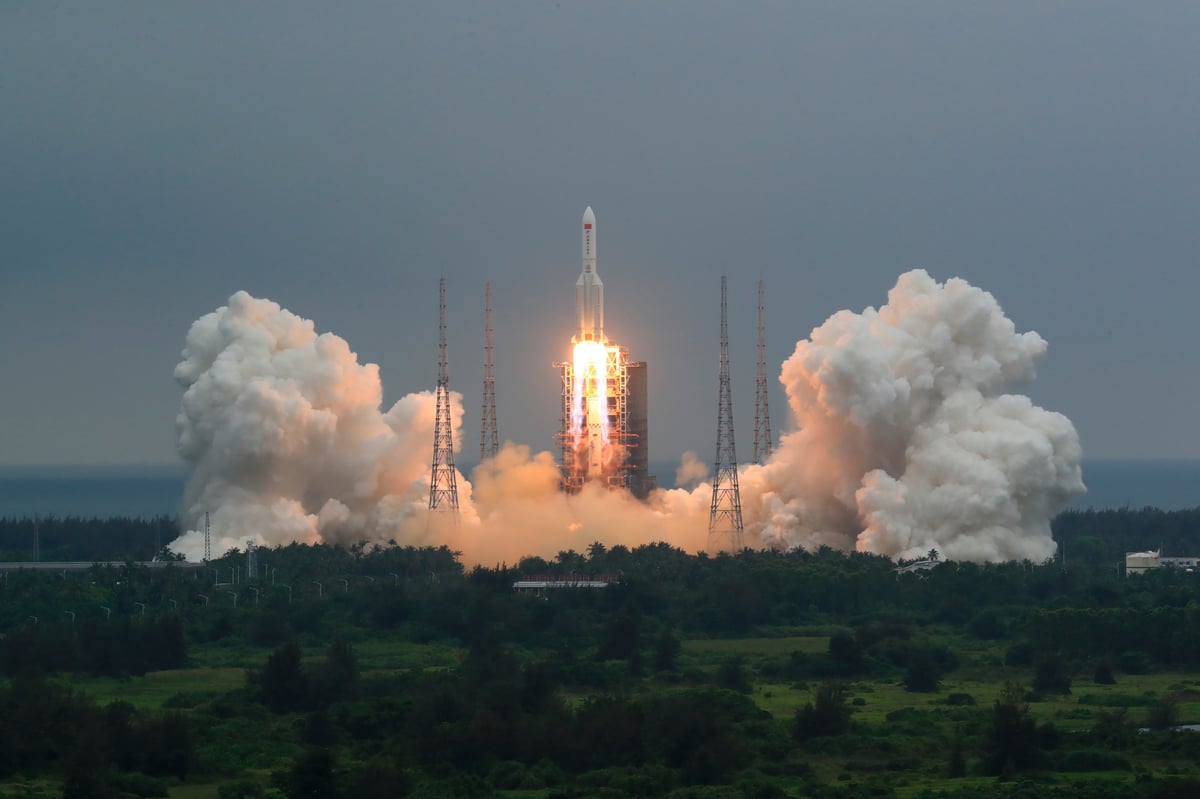 A photo of the Long March 5B rocket lifting off from the Wenchang Spacecraft Launch Site on April 29, 2021. Image: AAP.

The Global Times, a Chinese tabloid published by the official People's Daily, dismissed as "Western hype" concerns that the rocket was "out of control" and could cause damage.

"It is common practice across the world for upper stages of rockets to burn up while reentering the atmosphere," said Wang Wenbin, a spokesman at the Chinese foreign ministry, at a regular media briefing on May 7.

People from across the world have claimed they saw the falling rocket, posting their sightings to Twitter - but it's unclear which ones are true or not.

ITS RED !! But i heard its not scary at all no need to worry #ChineseRocket pic.twitter.com/XGSeYQeVlH

Note: This is not the main body of the rocket, but just smaller parts of debris. pic.twitter.com/vhSzDoKVOS

And of course, the Twittersphere also responded to the crash with its typical humour.

Me waiting for Chinese rocket to fall on me 😁#ChineseRocket pic.twitter.com/WCsekTEeHP

We were on the edge all day for the Chinese Rocket to end up landing in the Indian Ocean. #ChineseRocket pic.twitter.com/N3O2AwpoV2

me when i hear a plane thinking it’s the rocket
#ChineseRocket pic.twitter.com/znvoGy7lIq