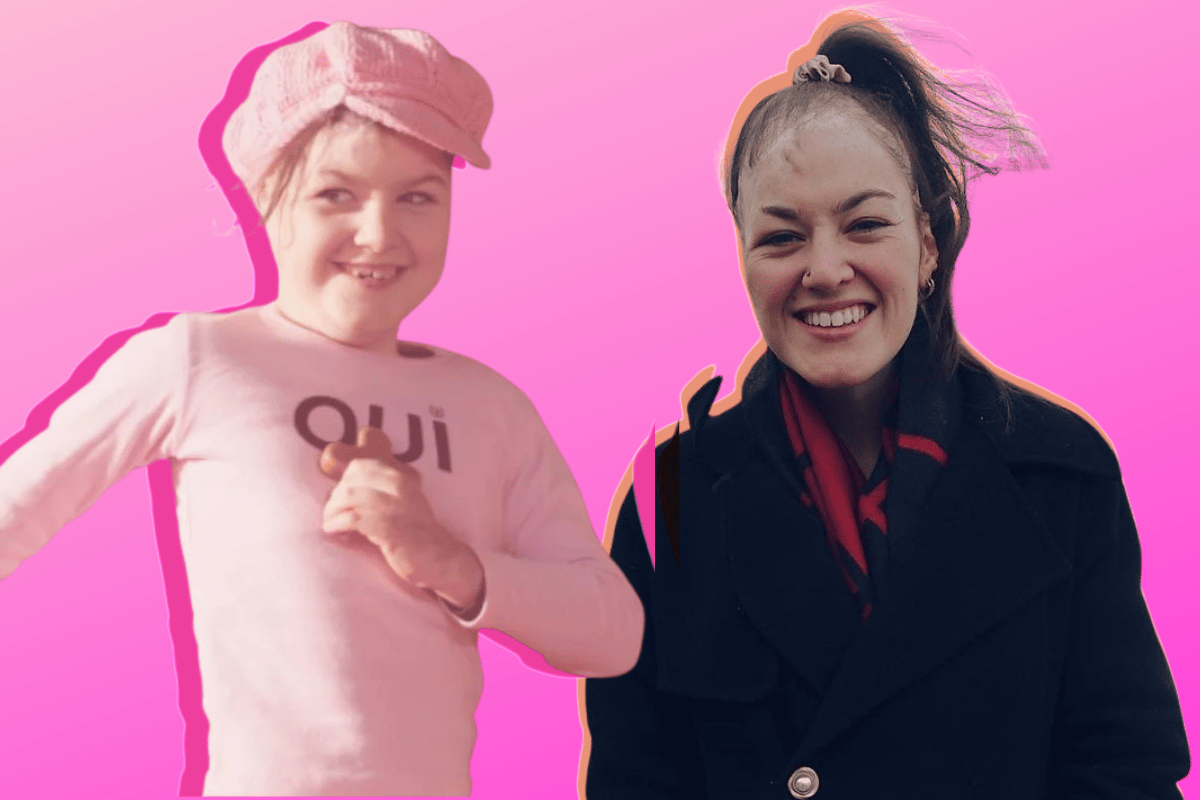 In 2003, a brave little toddler captured the hearts of thousands of Australians when she became involved in an accident at the Roundhouse Childcare Centre in New South Wales.

That day, two-year-old Sophie Delezio suffered burns to 85 per cent of her body after she became trapped under a burning vehicle which had crashed into the childcare centre and caught alight.

She lost both her legs below the knee and her right hand and ear.

But this wasn’t her final challenge. Three years later, in May 2006, Sophie was hit by a car as her nanny pushed her wheelchair across the road near her home in Sydney's northern beaches.

This time the car threw her 18 metres from her wheelchair. The resulting injuries included a broken jaw, broken ribs, fractured collarbone and a punctured lung as well as bleeding on her brain and a heart attack. Just a month later she was released from hospital and had returned to school by July that year.

Speaking to Mia Freedman on Mamamia's No Filter podcast in 2020, a now 21-year-old Sophie shared that her parents were given the option to turn off her life support.

"It was when she was in intensive care. We were given the option twice in the first week," Sophie's mother, Carolyn, recalled.

For Carolyn and her husband Ron, it was an impossible decision.

"No one had survived her injuries before, so no one could guide us about what quality of life would mean [for Sophie]," Carolyn told No Filter.

"She was in a coma and because the injuries were so extensive, she was on life support and she could have gone at any minute. We were just grateful for another 30 seconds with her at that time."

As Sophie slowly recovered from her injuries, Carolyn and Ron made an effort to avoid "wrapping [Sophie] up in cotton wool."

You can listen to Mamamia's full interview with Sophie and Carolyn Delezio on No Filter. Post continues below.

"As soon as she could have all her bandages off, she was not one to cover up. If it was hot, she would strip off and her legs would be out. Out and proud, she was. That was innately her."

Speaking on Anh's Brush with Fame, Sophie shared that her parents never discussed the potential of turning off her life support with her.

"It’s such a wild thought that a simple 'yes' and I would not be here," she said.

"It’s something that’s always gone unspoken for our family. Just because we knew it was an option, and they chose not to, it’s as simple as that. They chose to hold on."

As she told Anh Do, Sophie still has brain damage from that second accident, which has affected her ability to learn, and she has lost her sense of smell.

One of the most common surgeries she had growing up was getting her legs trimmed. 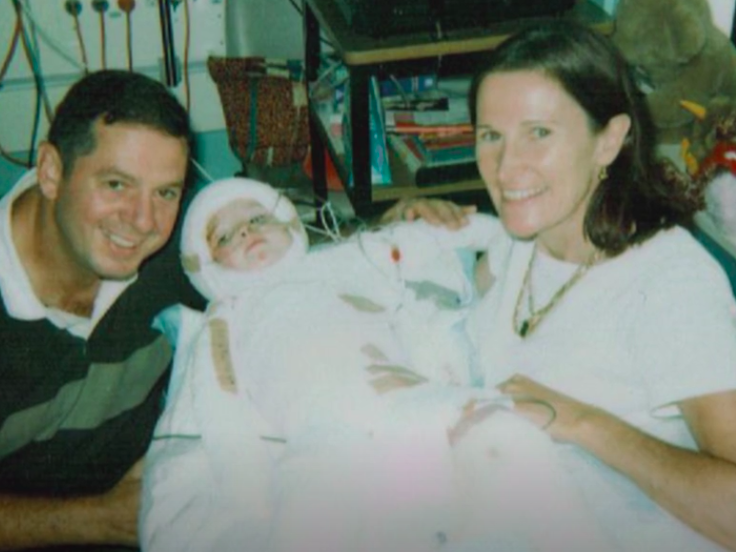 Sophie with her parents after the accident in 2003. Image: ABC.

"Because my legs were so badly burnt, and my skin wouldn’t grow but my bones would keep on growing, we basically had to cut them back every year to stop them because it would cause these major wounds. Every year I had it done, so it was just a normal thing for me," she told Do.

Every year she'd also get new prosthetics, and more recently she's loved the surgeries that have helped her grow her hair.

"I had these procedures called tissue expanders. I started with just a strip of hair, and every week you’d inject it with saline to stretch the skin and after two months they’d 'pop' it and stretch it all over my head. I have no idea about the science behind it all I know is I have hair.

"For me hair is such a distinct feature. I’ve tried wigs but I have such sensitive skin it irritates, and I get hot very easily because my skin grafts can’t release heat," she told the ABC program.

Sophie recently lived in London, where she's studied sociology and international relations. While in London, the 21-year-old lived alone for the first time without any carers or support staff helping her. 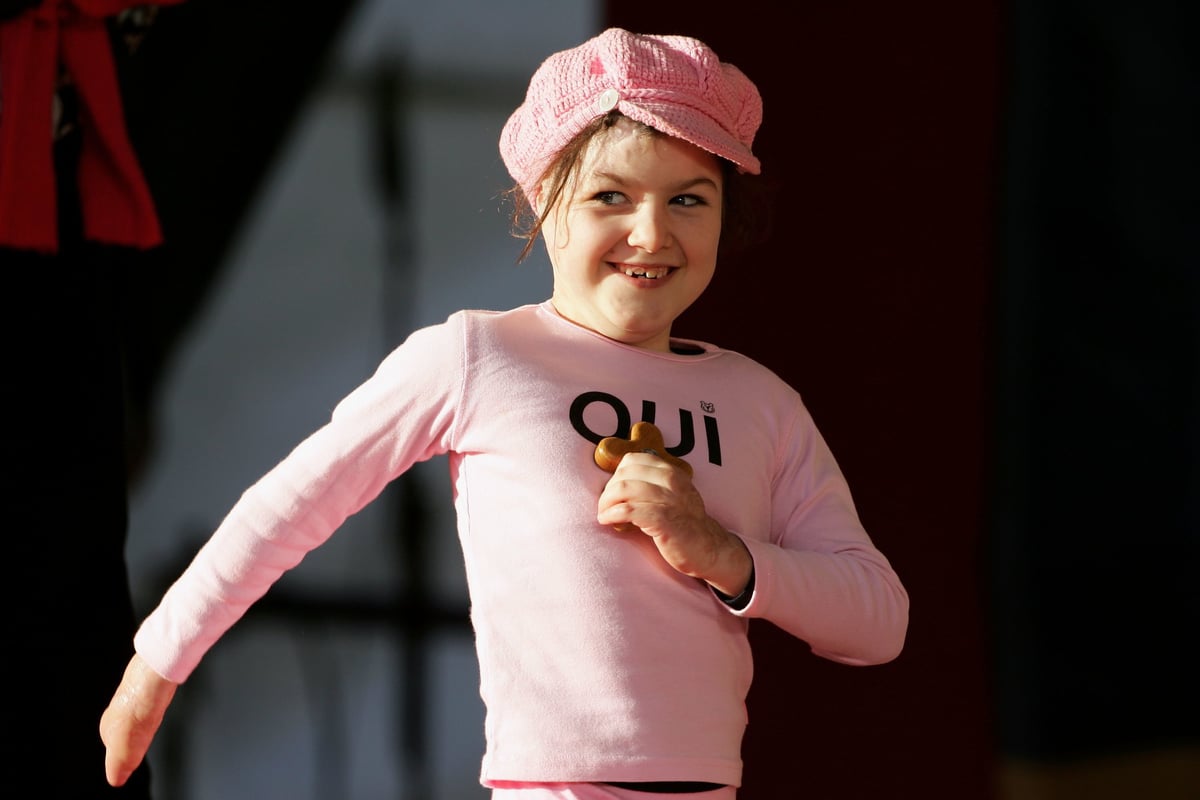 As she told Woman's Day, she has never let the accidents define her, or prevent her from achieving her ambitions, one of which was studying abroad.

"In my mind I'm not 'Sophie the girl with no legs' but someone completely normal. I think of myself as Sophie the chatterbox, the socialite, the girl who loves a good hamburger and enjoys each day as much as she can," she told Now To Love.

Ahead of Sophie's move to London in 2019, her father told Sunrise that he believes she's been ready to move overseas for years.

"I think she’s been ready for this before the accident at two years of age," he said.

"She'd fall over and get straight back up again.

Sophie wasn't bullied at school, but she was excluded from things because people just assumed she couldn't do them.

"But I’ve skydived, and I go to the gym five days a week," she told the ABC.

During an interview on the Today Show in 2018, Sophie shared how thrilled she was to be getting her driver’s licence as a teenager.

"I need help most of the time just to drive me around because it’s harder for me to catch transport so just the fact that I’d be able to take myself places and not having to ask for that extra assistance," she said at the time.

"She has had to be determined and strong all her life. After everything that she has endured in the past 15 years, her just being alive is a testament to how determined she really is. She has had a plan to live overseas for at least a couple of years and she's been quietly working toward that goal the entire time," he said.

"Her injuries are such that she needs constant treatment from a team of surgical and burns-care specialists. In the past 15 years, she's probably had more than 100 operations to adjust the skin grafts that cover her body. That's an incredible amount of surgery for anyone to have, let alone a teenager who is trying to live life the best she can. Yet we've let her assume the responsibility for most of the regime herself in recent years. I can't tell you how proud I am of her. She's incredible."

Reflecting on her parent's support over the years, Sophie told Anh's Brush With Fame the most special moments with her mum and dad were always just before she went into surgery.

Her dad taught her to shout "I'm a strong girl," as she was getting ready to go under, and she'd be so focused on that she'd often forget where she was.

Sophie is still in pain with a constant feeling of a "metal spoon stabbing her" in her head, and pressure wounds from her prosthetics.

Sophie has also chosen not to dwell on her hardships and says, "No matter what you go through there’s always going to be some positive even though you might not see it at the time."

Speaking of best friends, Sophie is currently in a relationship with her childhood friend, Joseph Salerno.

The pair met when they were just six years old while on the same swim team.

"Everyone's dream is to fall in love with their best friend. It's something you often only see in the movies," Sophie recently told Woman's Day.

Joseph later told Sophie about his feelings for her after she returned home from London.

"It was around two weeks after she had come home, we were hanging out a lot and I remember it was one night I was cooking her pasta and I thought to myself, 'Hang on, I think I feel something here'," he told the publication.

"So a few weeks later, we went out for dinner and I told her, 'Hey, I have something to tell you. I kind of have feelings for this person,' and she said, 'Oh really, who?' and I got out my phone and got up a photo of her and showed it to her. I had never seen her laugh like that, I thought she was laughing at me!"

Sophie added, "I awkward-laugh a lot when I don't know what to say or do. I was so shocked, I had no clue. But I knew I had felt something for him and I've always wanted him in my life. He's my best friend."

Last week, the pair celebrated Sophie's 21st birthday together. Her goal this year is to stay in the moment.

"Turning 21 does feel huge," she told Woman's Day. "I had no idea where I was going to be [at this age], mainly because of my journey.

"I've got a lot ahead this year and I'm excited to get things started," she adds.

The couple have now been dating for over two years now, and their next grand adventure together involves travelling the world for seven months.

Already, she has made her way through Alaska, Whistler and New York.

"The next decade will be all about taking new opportunities, I think," she explained.

“This is a good time for me to reset and figure out what I want in life, and where I want to go, for my career especially. It could be a turning point there, but I don’t know what will come – I’m just excited for it all.”

After this, Joseph and Sophie say they're taking the next step to move in with one another.

"We've got a home in Sydney we've bought off the plan, and it'll just be us two," she explained.

"It's a big step but I think if we can get through seven months abroad, then we'll be okay living together.

"We're just trying to embrace the moment and we thought why not now? We'll collect all this memorabilia from our trip and put it in our home.

She added: "It's nice having something to look forward to when we get back home from travelling."

While Sophie has big plans for her future, she admits she still pinches herself with gratitude.

"I found a way to create a life I've always wanted. I have a great job, I live out of home with my best friends and now have a pretty great boyfriend," she says.

Reply
Upvote
Sophie is just an amazing human being, I wish her the biggest, best and brightest future, she deserves nothing less.
K
katekeeprunning 2 years ago