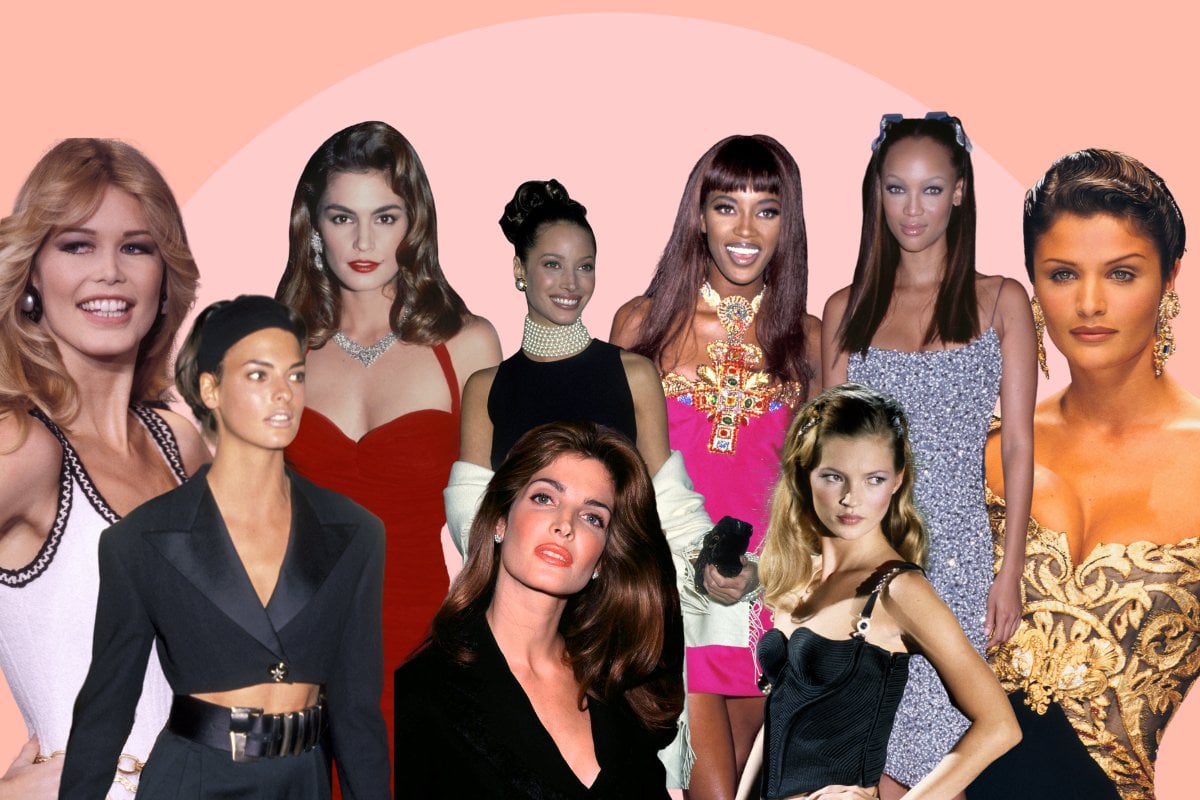 When Linda Evangelista declared on Instagram that she had been “permanently deformed” by a CoolSculpting procedure, it sent shock waves through the modelling world. Back in the late 1980s and 1990s, the Canadian-born Evangelista was one of the original supermodels and one of the most famous women in the world.

Evangelista, mother to a 14-year-old son, Augustin, with French businessman François-Henri Pinault, claimed the procedure had caused her to develop paradoxical adipose hyperplasia. It had sent her into “a cycle of deep depression, profound sadness and the lowest depths of self-loathing”. She said it was the reason she had kept to herself for over five years.

Watch Lady Startup. Available anywhere you get your podcasts. Post continues after video.

So what’s happened to the rest of the supermodels from Evangelista’s era?

German-born Claudia was planning to be a lawyer until she was scouted in a nightclub and put on the cover of Elle magazine. It was the first of more than 1000 magazine covers for her.

She’s now married to Kick-Ass director Matthew Vaughn. They live in a 16th century manor house in England and have three children: Caspar, Clementine and Cosima.

After a brief acting career, in movies such as Love Actually, Schiffer now does some producing (under the name Claudia Vaughn), but concentrates mostly on her children.

“Motherhood made me feel, ‘This is what I’m all about,'” she told Stylist Magazine.

Campbell, who was a dancer in music videos as a child, appeared on her first magazine cover with British Elle, when she was just 15. She went on to become one of the 'Big Six' supermodels, along with Evangelista, Schiffer, Cindy Crawford, Christy Turlington and Kate Moss.

However, she didn’t score the same number of advertising gigs as the other five, saying there was “prejudice” in the industry.

Having dabbled in singing, writing and reality TV, Campbell has won praise for her acting in recent years, including in American Horror Story: Hotel. In May this year, at the age of 50, she announced the arrival of her first child.

“A beautiful little blessing has chosen me to be her mother,” she posted on Instagram.

Crawford started studying chemical engineering at university but dropped out to take up modelling offers.

Wildly popular as a cover model, she also appeared in George Michael’s iconic music video for his song 'Freedom! ‘90', along with Evangelista, Campbell, Turlington and Tatjana Patitz.

Nowadays, she is a super-successful businesswoman, she’s married to businessman Rande Gerber, and they’re parents to two adult children, Presley and Kaia. Both children have followed their mother into modelling, with Crawford and her daughter walking the runway for Versace together in 2018.

“Never in my life did I think I would have our professional lives collide like that,” Crawford told Vogue.

Turlington was discovered while riding a horse with her sister and started modelling while she was still in high school.

She worked with all the big designers, including Calvin Klein, and was one of the four models behind the Fashion Café restaurant chain, along with Campbell, Schiffer and Elle Macpherson. At the peak of her fame, she went to university to study religion and philosophy.

Turlington is married to actor Edward Burns, and together they have two teenage children, Grace and Finn. She now focuses most of her energy on Every Mother Counts, a non-profit organisation she founded in 2010 that works to make pregnancy and childbirth safer for women worldwide.

“I had a postpartum complication after the birth of my daughter and that’s what really opened my eyes to a global tragedy,” she told Grazia.

British model Moss came on the scene later than all the rest of 'Big Six'.

Described as a “waif”, she was scouted as a teen at an airport, and became notorious when she was featured in a “heroin chic” shoot. Later she branched out into fashion design.

Moss dated a string of musos, getting engaged to Pete Doherty from the Libertines and marrying Jamie Hince from The Kills, but has most recently been in a relationship with Count Nikolai von Bismarck. She has one child, Lila, with magazine editor Jefferson Hack. Lila is now 18 and a top model herself, with mother and daughter both taking to the runway earlier this week at Milan Fashion Week.

Christensen’s modelling career took off after she won the Miss Universe Denmark title at the age of 17. She was one of the original Victoria’s Secret Angels, along with Tyra Banks, Karen Mulder, Daniela Pestova and Stephanie Seymour, and she was also co-founder of Nylon magazine. After dating INXS’s Michael Hutchence for five years she had a five-year relationship with The Walking Dead actor Norman Reedus. Her son with Reedus, Mingus, is now 21.

Listen to Mamamia's podcast for your face, You Beauty. Post continues after audio.

Christensen still models but focuses more on her career as a photographer, being published in magazines and holding exhibitions. Mingus models, like his mum, but was in the news this week after being arrested for the assault of a woman.

Christensen posted a photo of herself and her son on Instagram earlier this year, writing, "If I'm around my kid and dogs (and water) I'm the happiest I can possibly be.”

At the age of 15, Seymour was a finalist in the Elite Model Management Look Of The Year contest, and from there, her career took off. She was known for her appearances in the Sports Illustrated Swimsuit Issue, as well as Playboy. When she was 16, she dated John Casablancas, the head of Elite, who was 42 at the time. She had a son, Dylan, from a brief marriage to guitarist Tommy Andrews, and then dated actor Warren Beatty and Guns N’ Roses’s Axl Rose, before meeting media tycoon Peter Brant. They had children Peter, Harry and Lily together.

Harry, who modelled and also founded a unisex makeup line with Peter, died at the age of 24 in January this year from an accidental drug overdose.

"We will forever be saddened that his life was cut short by this devastating disease," the family said in a statement.

Banks made history by being the first African-American woman to make the cover of Sports Illustrated Swimsuit Issue, but she had talents that went way beyond modelling. She acted in The Fresh Prince Of Bel-Air and Coyote Ugly, before creating the reality smash America’s Next Top Model, which she hosted.

Since last year, Banks has been the host of the American version of Dancing With The Stars.

“I’m going to support what he wants and just hope it’s not modelling!” Tyra told People. “But if it is, I’ll be telling him how to smize.”