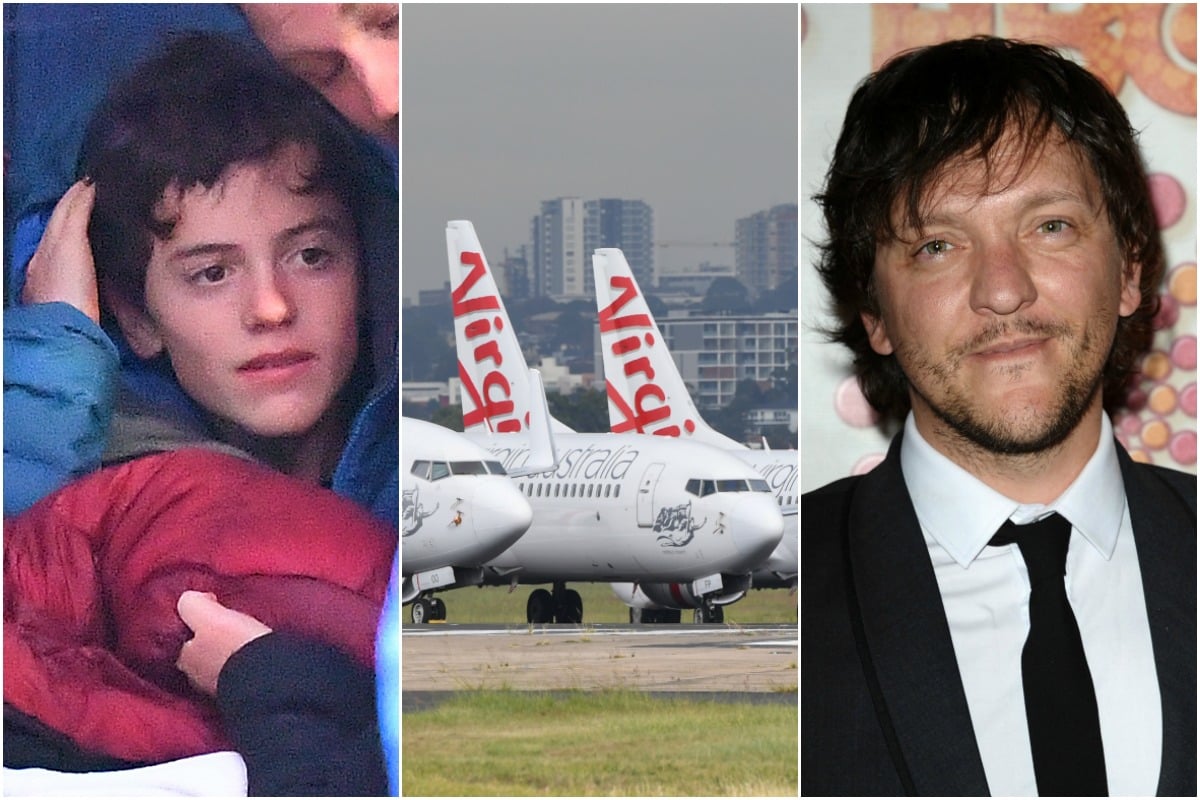 Morrison wants to get "planes flying around Australia".

Prime Minister Scott Morrison has ramped up calls for state leaders to set a border opening timetable with coronavirus infections at low levels.

The federal government is applying fresh pressure on states to restart interstate travel amid calls for more help to be directed to aviation.

"We need to get planes flying around Australia," Mr Morrison told parliament.

Prime Minister @ScottMorrisonMP has made his strongest call yet for state premiers to reopen their borders by next month. https://t.co/LvZnfK9zPY @olivialeeming #7NEWS pic.twitter.com/mp8AYxWM8m

"If you want to see planes flying around Australia, we need to open up these domestic borders."

He wants premiers to nominate a July date, in line with national cabinet's target for the third stage of eased restrictions.

There were seven new cases reported across Australia on Wednesday, four in Victoria and three in NSW.

The average national daily increase has been at 0.06 over the past three days.

Just 20 people remain in hospital with the disease, three of whom are in intensive care.

A Victorian teenager is home with his family after spending two nights missing in dense Victorian bushland in freezing temperatures.

William Callaghan, 14, who is non-verbal with autism, is alive and well after he was found on Wednesday.

The youngster raced ahead of his family at Mt Disappointment on Monday and became separated from them, sparking a huge search. 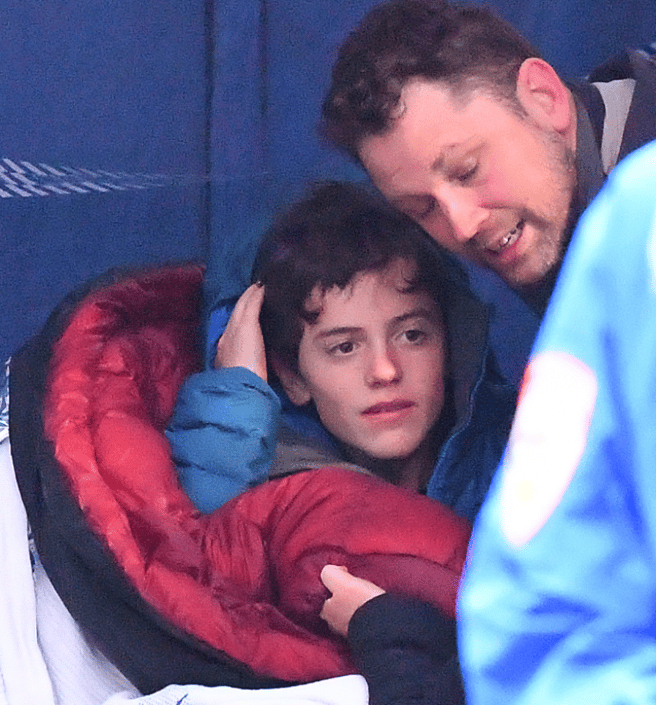 Experienced local bushman Ben Gibbs found William off the main track before midday on Wednesday, giving him socks, chocolate and a jacket before he was reunited with his mother.

"I can't imagine what he's been feeling and going through. I am just so relieved," his mother Penny Callaghan told reporters after seeing him.

Royal Children's Hospital emergency registrar Dani Bersin told reporters that William had some cuts on his feet and face.

"It is quite incredible to survive the elements for two nights in the cold. He has come out relatively unscathed," he said on Wednesday night.

Mr Gibbs, who grew up in the area and calls Mt Disappointment his "family mountain", dug deeper into the bush than other searchers before him.

“I’m the one who stumbled across him but everybody found him. All of the volunteers and all of the Search and Rescue… everybody’s effort.” – Ben Gibbs, the volunteer who found William Callaghan at Mount Disappointment. https://t.co/WraQNFDAhj #7NEWS pic.twitter.com/4KUqPdST8O

"He was just about 15 metres from me, just standing there, he was really angelic just standing," Mr Gibbs said.

The bushman let William eat and then carried him a bit before he walked out wearing Mr Gibbs' shoes.

The BBC has removed Little Britain from iPlayer because "times have changed" since the series first aired.

The show, starring David Walliams and Matt Lucas, has come under fire for the use of blackface in some sketches, and the portrayal of black women by white men.

In hindsight, Lucas has previously said he has regrets about the comedy, describing it as "cruel".

Little Britain has been removed from Netflix, NOW TV and iPlayer after blackface criticism https://t.co/HqFqHrLta0

The critically acclaimed Gone With The Wind has been taken off America's HBO because of racist depictions.

Netflix has taken down four shows by comedian Chris Lilley including Jonah from Tonga, We Can Be Heroes, Angry Boys and Summer Heights High for the same reasons.

Law firm Slater and Gordon is filing a class action against Commonwealth Bank, alleging that Australia's largest bank sold customers credit card and personal loan insurance that was worthless to them.

The lawsuit, filed in the federal court, is the fourth by the law firm in its "Get Your Insurance Back" campaign.

It recently settled a similar class action against NAB for $49.5 million and has also filed suits against ANZ and Westpac.

Commonwealth Bank has been hit with a class action over insurance claims. #9Today pic.twitter.com/aLzU563VCZ

Slater and Gordon said 200,000 people been sold credit card and personal loan insurance that guarded against job losses despite them being unemployed or not working full time, making it very unlikely they would ever be able to claim against those policies.

"This is reprehensible behaviour by the bank, which has chosen to compensate only a negligible portion of its customers, despite their admission that they knew the insurance was worthless," Slater and Gordon practice group leader Andrew Paull said.

In 2017, CBA agreed to repay up to $16 million to customers who had purchased the Creditcard Plus or Personal Loan Protection add-on insurance products despite it being unsuitable for them.

Mr Paull called those efforts "a tokenistic effort to protect the bank's brand, rather than a genuine attempt to make good its past wrongdoing".

Changes needed after a summer of bushfire smoke.

A NSW upper house committee is looking into the health impacts of poor air quality resulting from bushfires and drought.

Asthma Australia chief executive Michele Goldman has told the inquiry smoke exposure impacts had been largely invisible and underestimated - but the health consequences need to be taken seriously.

The organisation is calling for a number of changes following the summer's devastating bushfire season. 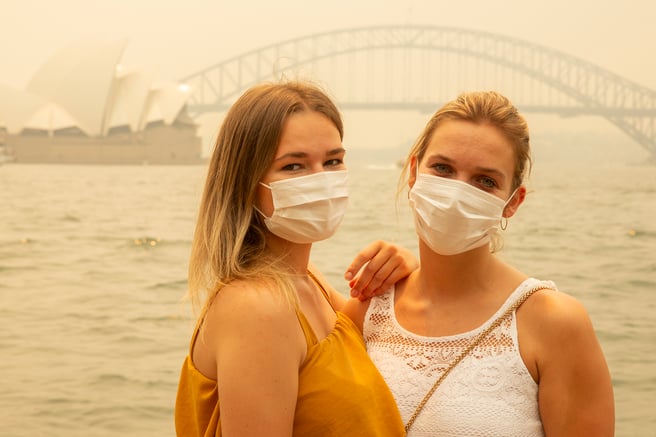 Before coronavirus Australians were wearing masks because of months of bushfires smoke. Image: Jenny Evans/Getty Images.

They want more air quality testing stations, including in regional, rural and remote areas, and the consideration of temporary stations in more locations during extended periods of poor air quality.

Ms Goldman said they also recommended an air smart campaign addressing the dangers of smoke, much like the SunSmart campaign raised public awareness of skin cancer risks and prevention.

The inquiry heard from the family of 19-year-old Courtney Partridge-McLennan who died from an aggressive asthma attack during the bushfires.

READ: Courtney, 19, died from a bushfire-provoked asthma attack. She's just one of an unknown number.

US President Donald Trump could take policy action on race and policing via an executive order, his spokeswoman has told Fox News in an interview, as lawmakers in Congress move forward with their proposals.

"We do believe that we'll have proactive policy prescriptions, whether that means legislation or an executive order," White House spokeswoman Kayleigh McEnany said.

She declined to offer specifics, saying the president was still weighing various possibilities. 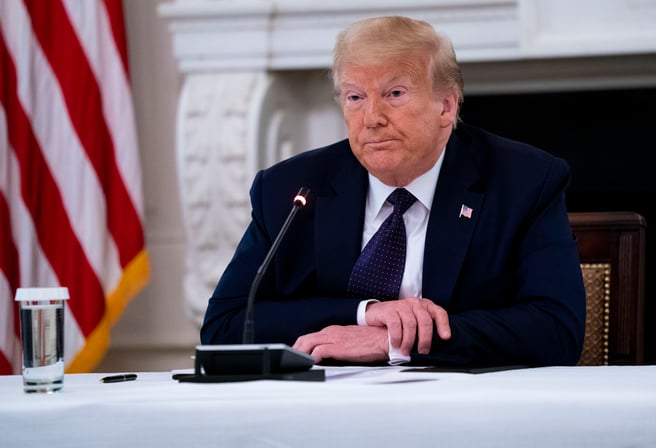 Trump is considering a presidential order on US policing. Image: Doug Mills-Pool/Getty.

The potential for executive action comes as both Democrats and Republicans in Congress push forward with proposals aimed at addressing police reform amid massive protests sparked by last month's death of George Floyd, a black man in Minneapolis who died while in police custody.

House Democrats on Monday unveiled a sweeping bill that would ban chokeholds, require body cameras for federal law enforcement officers and restrict the use of lethal force, among other steps, while Senate Republicans on Tuesday said they were working on their own proposal.

- Britain's COVID-19 death toll could have been halved with an earlier lockdown, says a former member of the government's scientific advisory group.

- Indonesia has reported its largest single daily rise of coronavirus cases, adding 1241 to its more than 34,000 confirmed cases.

- George Floyd's brother has appeared before the House Judiciary Committee telling lawmakers, "[he] didn't deserve to die over $20. Is that what a black man's worth? Twenty dollars? This is 2020. Enough is enough".

- The Duke of Edinburgh has celebrated his 99th birthday.

Reply
Upvote
1 upvotes
'[he] didn't deserve to die over $20. Is that what a black man's worth? Twenty dollars? This is 2020. Enough is enough' - It's not about the sum of money, it's about the actions of the police officer. It could have been $1, it could have been $1,000. It doesn't matter.
The brother saying that implies there is an amount that his brothers life is worth.
cat 10 months ago

Reply
Upvote
2 upvotes
@snorks no one took it that way, you’re just trying to find some incredibly petty thing to criticise. It was a heartfelt eulogy by a grieving man, leave him alone.
guest 10 months ago

Reply
Upvote
6 upvotes
Censorship of comments, removal of statues, movies and comedies now deemed offensive, losing your job over a comment which doesn't fit the 'correct' narrative, 'educate yourself#' .   What is next, book burning?
rjf 10 months ago

Reply
Upvote
2 upvotes
@guest if they’re racist books, than heck yes burn them. The world is changing, get onboard or get left behind
guest 10 months ago

Reply
Upvote
11 upvotes
@rjf  unfortunately, revolutions, particularly cultural revolutions turn out replacing one tyranny with another.  Iran, France (French Revolution and the reign of terror), Mao's re-edcstion camps etc.   If you think burning books is acceptable, then perhaps Inwould rather not get onboard.
cat 10 months ago

Reply
Upvote
@guest depends on the books. I’d be happy to see The Art of the Deal and a few million copies of the Da Vinci Code go up in smoke.
And the comedies haven’t been deemed offensive, they always were offensive. Similarly, no one is losing their job for tweeting about their favourite cheese. If you can’t handle the idea that there are consequences for making racist statements in public then that’s your issue, not the systems.
guest 10 months ago

Reply
Upvote
9 upvotes
@cat the thing about television comedies, what one viewer might find offensive, other may not.  As for racist comments, journalists, radio announcers are losing their jobs for even saying 'all lives matter' or questioning  the motives behind many of the non black protestors.   Or, in the case of the New York Times editor who lost his job because he published an article written by a Republican politician which apparently, made some of the employees of the New York Times, 'uneasy', so they complained.    This is how real tyranny starts and it has nothing to do with making society, fairer or more just.
News
General
Opinion
True Crime
Politics
Sport
Explainer
Entertainment
Celebrity
Reality TV
Movies
TV
Books
Rogue
Royal
Lifestyle
Beauty
Fashion
Weddings
Home
Wellness
Health
Fitness
Travel
Food
Parents
Before The Bump
Pregnancy
Baby
Kids
Teens
School
Parent Opinion
Work & Money
Money
Finance
Career
Lady Startup
Relationships
Sex
Dating
Separation
Friendship
Family
Real Life
Couples