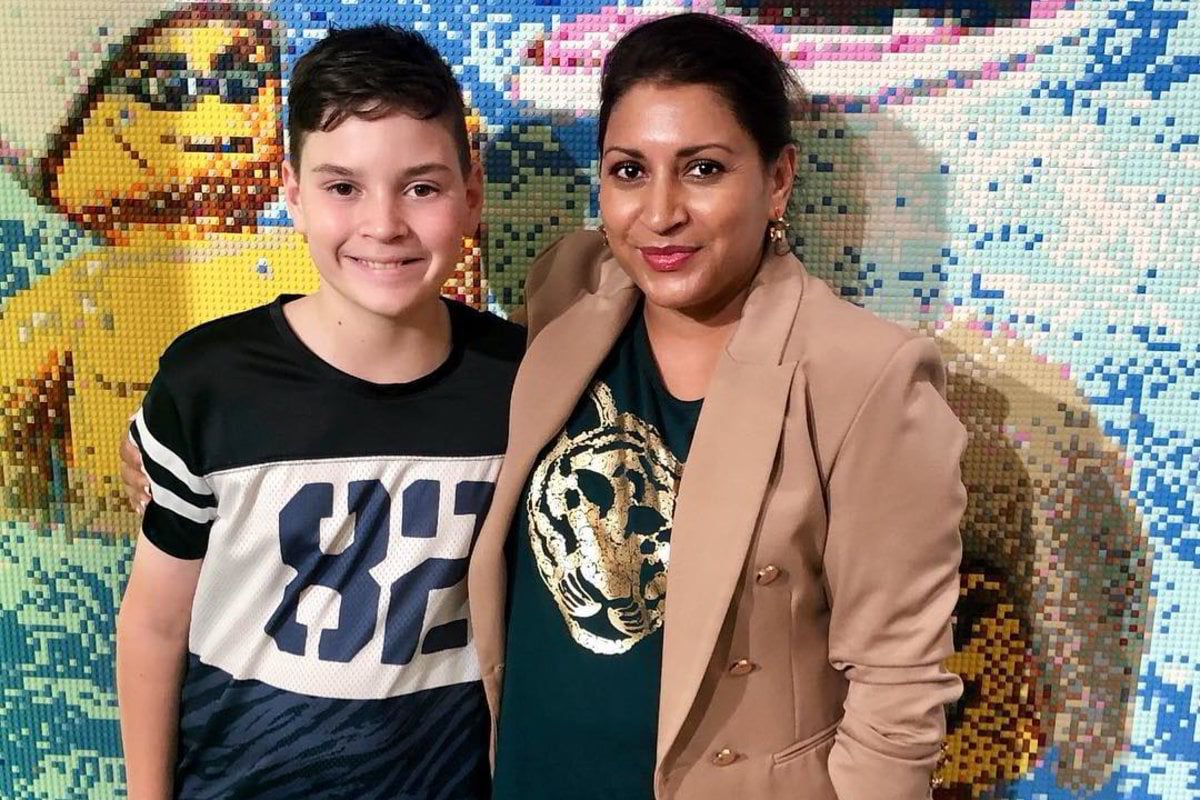 Once upon a time, two families went on holidays together. They had five kids between them, and if there was any bickering or trouble, one of the parents would deal with it – not all four. Everyone agreed with each other’s decisions and were happy for their child to be reprimanded by whichever parent was handling the situation.

It’s a nice fairytale, isn’t it?

One I’ve heard of in urban legend, but never experienced in real life, because I think there’s only one time when it’s acceptable to discipline someone else’s child; when their parent isn’t there.

Otherwise, you’re asking for trouble; maybe not immediately, but eventually.

All of that is fine – and to be expected. I’ve certainly done those things to other people’s kids, and I don’t count that as disciplining. It’s basic respect and manners.

But when the parent of a child is present, and discipline – parenting which leads to punishment – is required, it’s up to them; even if that means they choose not to.

I feel strongly about this; every parent has a right to discipline their children as they choose. You do not know what that family’s story is, what issues that had that morning, or are working on in private.

So if a parent is there, butt out. Shhh. Stop it.

I certainly expect high standards of behaviour from my son, Winston, and it annoys me when I’ve been denied the chance to address a situation myself, because someone else has interfered. I know him best – I’m here – let me do my job.

We were once on a hike with another family, and the boys (both six at the time) were playing with sticks as swords – as kids tend to do, despite adult warnings about the risks. Yes, such scenarios tend to end badly, but they were having fun doing the simple childhood activity which every kid has done.

And then, Winston’s stick (of which Winston was in control) scratched the arm of the other boy. He screamed about it. Winston began saying, “I’m so sorry, I didn’t mean to.” The boy’s father marched up to Winston, grabbed the stick from his hand, snapped it in half, and threw it at his feet.

He did not remove the stick from his own son’s hand. He did not say, “well, we warned you boys this would happen.” He didn’t even check his son’s arm first.

Before the melodramatic stick-breaking-and-throwing, I was standing there thinking, well, Winston’s learned a lesson here because he’s hurt his friend by accident, and now maybe he’ll understand what can happen.

But because the dad reacted so quickly and strongly in defence of his son, I was denied the chance to say that in that moment. It actually kind of repulsed me, because it felt like he was throwing a tantrum.

To be honest, it also made me uncomfortable because it’s not how I would have handled the situation, especially if the tables had been reversed. In that case, I wouldn’t have said anything to Winston’s friend, but would have told Winston, “It was an accident, he didn’t mean to hurt you, you’re ok, but this is what happens with sticks”, and left the other child to his parents.

I certainly wouldn’t have broken the offending implement and chucked it at a six-year-old’s feet, in an act designed to punish them.

Disciplining someone else’s child when their parent is there is the ultimate putdown of their parenting. The adult will feel that you took their chance to deal with their child away from them. It’s almost like you want to say, “Thanks, I got this”, when you shouldn’t have to, because it should be assumed you do.

I know this is going to be an unpopular opinion, but in my experience (and there’s been a few other times) adults who think nothing of disciplining your child while you’re standing right there are the ones least likely to see the mistakes and faults of their own kids.

I know that’s a natural feeling; even I think my son is an angel sent from heaven. But it is so important to me that he grows up recognising when he’s made a mistake, or a poor choice, and it’s my job to tell him that.

Unless he’s at school, or with another family and I’m not there. Then we have to accept that others will handle things, and trust that they will.

Other than that, I think we should all either respect each other’s parenting; or, if you really can’t resist interfering, choose different company.

Reply
Upvote
3 upvotes
I'd be interested to see if this kind of attitude would change if the discipline dealt out by the parent responsible for the child was not seen as adequate. For instance, if you see your kid being bullied or physically intimidated or hurt by another child, and the parent of the offending kid doesn't step in or only offers a half-hearted "hey, stop that" - would the author really stand back and leave the offending child unchecked? And what if this was a recurring issue? I think probably many parents step in because it's instinctive to protect their child. Can anyone really honestly say they would never go "mama bear" under certain circumstances?
News
General
Opinion
True Crime
Politics
Sport
Explainer
Entertainment
Celebrity
Reality TV
Movies
TV
Books
Rogue
Royal
Lifestyle
Beauty
Fashion
Weddings
Home
Wellness
Health
Fitness
Travel
Food
Parents
Before The Bump
Pregnancy
Baby
Kids
Teens
School
Parent Opinion
Work & Money
Money
Finance
Career
Lady Startup
Relationships
Sex
Dating
Separation
Friendship
Family
Real Life
Couples