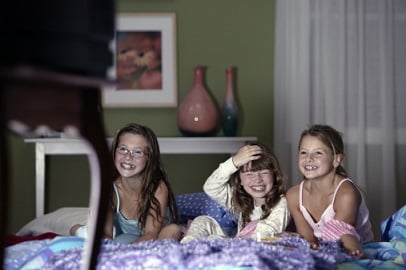 School holidays are coming, and this is the burning question – would you leave your children at home?

Three afternoons a week I have to pick my daughter up from pre-school. I wait for the boys’ school bus to pull up, put them in the car and off we go. But lately, my 10 year-old son Philip has been kicking up a stink about it.

“But I just got home,” he’ll exclaim as I force him into the car and listen to him sulk for 20 minutes while we drive there and back. “Just leave me at home. My friend’s mums leave them home. Can’t you just leave me home?”

So one afternoon I caved.

“Fine,” I said. “You stay home with your brother. I’ll go and get Caterina and I’ll be back in 20 minutes.” But I did set down some strict rules such as, don’t answer the home phone, don’t open the door for anyone, don’t play outside, don’t use the kettle or the stove, be nice to your brother, call me if you freak out, call me as many times as you need to, even just to say “Hi”.

So, I did it. I left my boys, Philip, 10, and Giovanni, 6, at home playing X-Box while I picked my daughter up. I felt sick the whole time.

I know other parents who do this on a regular basis. They’ll go grocery shopping and leave their 10 year-old in charge of their little brother or sister. But I’ve never been comfortable doing it.

Then, a parent I really respect told me she leaves her kids at home for short amounts of times on a regular basis, so I started thinking it wasn't such a bad thing. It's just 20 minutes. Now I do it every week, three days a week. And I'm not alone.

An Australian households survey has found that an increasing number of parents are leaving older children in charge of their younger siblings, and for a lot longer than 20 minutes.

Apparently, the magic age is 10. So parents are starting to leave their children home alone before and after school from the age of 10 and then they are waiting until their kids turn 11 to leave them home alone during school holidays.

Dr Sarah Wise from Melbourne University's Department of Social Work says the reason many parents start doing this from the age of 10 is because children mature quickly at this age. ''Children are willing and keen to show their competence. You wouldn't leave a child who was frightened or nervous or doesn't feel happy being left with a brother or sister they don't get along with. Parents are responsible and really weigh up the decision,'' she told the Sydney Morning Herald.

School holidays are almost upon us and many working parents will leave their children home alone out of necessity. It's not something I'm comfortable doing yet, but I will certainly consider it as Philip gets older. He is certainly keen to prove he can do it.

The Federal Government sponsored Raising Children Network website says there is no law that states when children can be left alone, however, 12 is the age at which children have previously been considered capable of being left home alone with siblings.

Do you leave your children home alone? What age do you think is appropriate?

School holidays are here and we have children to entertain. CLICK THROUGH for a guide for how to finish the holidays with everyone still smiling...

This is what happens when you leave a teenager home alone.

Raising boys. The most brilliant advice for mums from a dad.