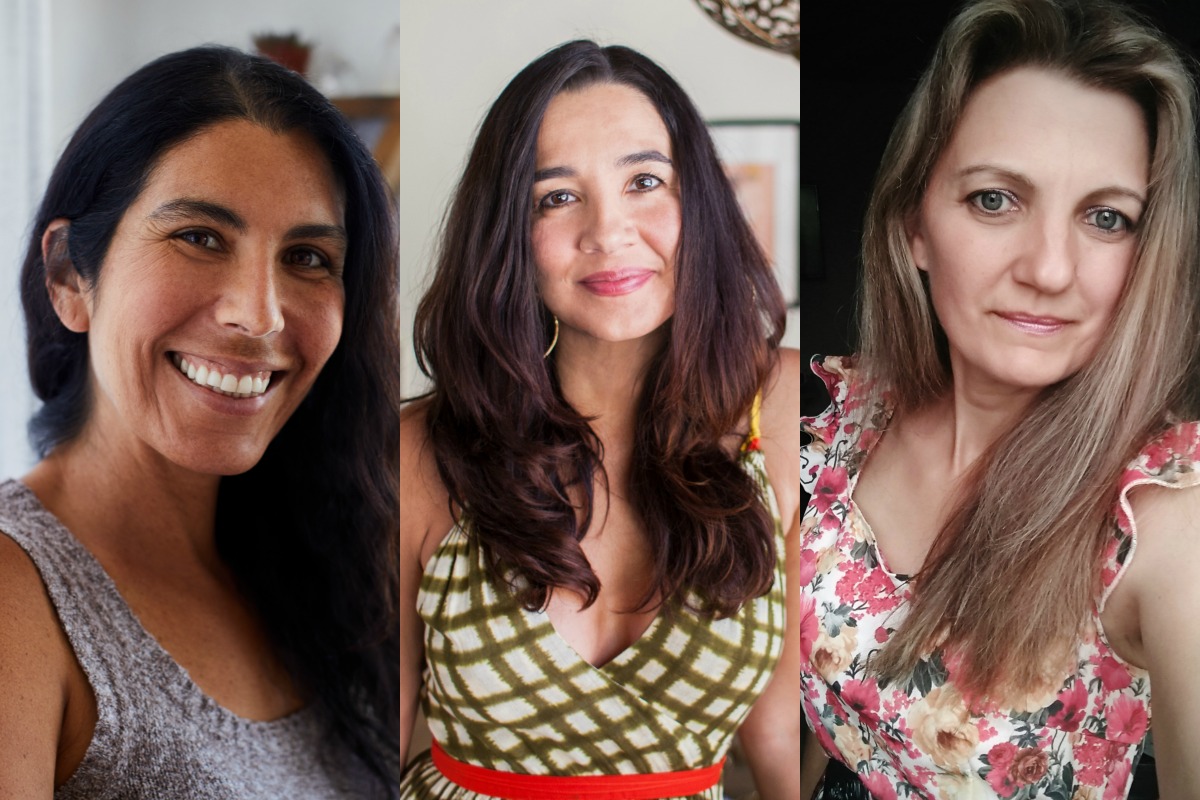 Katie Price lets her kids wear makeup, and everyone has an opinion.

Price recently posted a photo of herself and her daughter Bunny on Instagram, showing the six-year-old with carefully applied eyeliner.

Never underestimate the pricey, I know what’s coming up... #bunnyisinheavenwiththemakeup

“I know what’s coming up…” she wrote.

“I don’t agree with eyelin﻿er on the child,” one fan told her. “Please let them be children.”

“Get a grip,” another fan hit back. “It washes off. It’s not like she’s taken her for microblading and fillers.”

It got us here at Mamamia thinking...what are the age limits that different parents set for their kids wearing makeup, or getting their ears pierced, or watching MA movies?

So we asked the Mamamia community. Here's what you had to say.

At what age do you let your child… wear makeup?

“I let my four-year-old do eyeshadow and lipstick for fun. But I wouldn’t be letting her get a foundation or BB/CC cream until probably puberty.”

“I don’t see it as an issue for a young child, five or six, to wear makeup if it’s for ‘show’ purposes, such as dance, theatre or modelling. My daughters started showing interest in makeup from about eight. I have started letting them wear powder foundations regularly at 12. My youngest is more into makeup than my eldest and she likes to go for a ‘completed’ look with foundation, eyeshadow, lip colour and mascara every weekend.”

“I pierced my daughter’s ears before she was one. Mine were also done as a baby, and from what I know, so were my mother’s. It felt like a rite of passage.”

“My middle daughter asked me about getting her ears pierced from when she was about four or five. I held off because I knew it would hurt and wanted to make sure it was something she really wanted to do. Anyway, it was time to get her immunisations when she was five and I said to her, ‘After you get your needles, we could go out and do something special.’ She said excitedly, ‘Can I get my ears pierced?’ I decided that if she was wanting to follow up injections by getting earrings shot into her ears, she must really want to do it!”

﻿“My mum was super-strict about this but I am way more lax about it and allowed my daughters to do it when asked – usually a self-conscious thing or kids teasing them. I had to wait until I was 14 and it was mortifying what I was called at school. I wasn’t going to let them go through that.”

“[My daughter] was feeling self-conscious. We talked about it, the pros and cons, and she was shown how to do it.”

“To the knees (fine copious dark hairs). Now she’s 13 and does her whole leg when she feels like it.”

Listen to This Glorious Mess podcast, a twice-weekly look at parenting as it truly is: confusing, exhausting, inspiring, funny, and full of surprises. Post continues below.

"My nine-year-old was getting teased at school and called fat. She’s a bit of a tomboy and prefers to hang out with boys than girls. She asked if she could dye her hair green. The hairdresser gave her streaks to make it easier to grow out. I think she looks beautiful. It’s given her confidence to feel she is awesome, regardless of what anyone says!”

“I would ask them to wait until 16 as they should be able to pay for the upkeep.”

“[I let my son watch] Wonder Woman. I was sick of him being so focused on male superheroes and I just wanted to give him a different perspective. I decided the good gender roles would offset the M-rated material. I didn’t see it myself first – just took a punt it would be okay. ”

“Provided I’ve seen it first and deemed it okay, at 10, but only when I’m around to tell them when to cover their eyes.”

“Usually the content is completely inappropriate, so I haven’t yet. My 14-year-old has watched them at friends’ houses, but I don’t allow them yet in my house.”

“Our rule for this was that our kids had no after-school activities until they were in their second full-time year of school. Our son played league from under-sevens through to under-16s and had several serious injuries, including a spear tackle that resulted in a trip to hospital on a spinal board and a broken shoulder that required a bone graft and full shoulder reconstruction. He switched to AFL at under-17s and had his first serious concussion in the senior AFL competition.”

“I let my son participate in rugby league and they started tackle around under-eight. I did pull him out and put him in soccer as it got too scary and he wasn’t built for under-10 league – the kids were getting too big for him.”

Do you have any 'age rules' for your kids? Let us know in the comments below.

Reply
Upvote
My mum used to let me play with her old make up at around four or five, just for fun at home. I had to be eight to get my ears pierced. I had to be 15 to watch M rated movies - but as soon as I was allowed to, so were my younger brothers (who were 12 and 11)! Honestly, still a little miffed bout that one even 25+years later. Parents, if you make rules, be consistent, lol!
H
hopey 2 years ago

Reply
Upvote
1 upvotes
My daughter is 8 and I let her use my old makeup to play on the weekends, but she can't wear it out. If we are going somewhere special like a birthday party or wedding, I will apply a bit of lipgloss and blush for her. She had her ears pierced at age 6. No tackle sports or anything with a lot of twisting (like netball/basketball) as she has a joint condition. She plays no tackle, girls only, AFL. No M-rated movies until she's much older. They have a rating for a reason. No dying her hair. She has a gorgeous strawberry blonde/ginger hair colour and it's amazing. If she wants to shave her legs once she hits puberty then I'll show her how.
News
General
Opinion
True Crime
Politics
Sport
Explainer
Entertainment
Celebrity
Reality TV
Movies
TV
Books
Rogue
Royal
Lifestyle
Beauty
Fashion
Weddings
Home
Wellness
Health
Fitness
Travel
Food
Family
Before The Bump
Pregnancy
Baby
Kids
Teens
School
Parent Opinion
Work & Money
Money
Finance
Career
Lady Startup
Relationships
Sex
Dating
Separation
Friendship
Family
Real Life
Couples