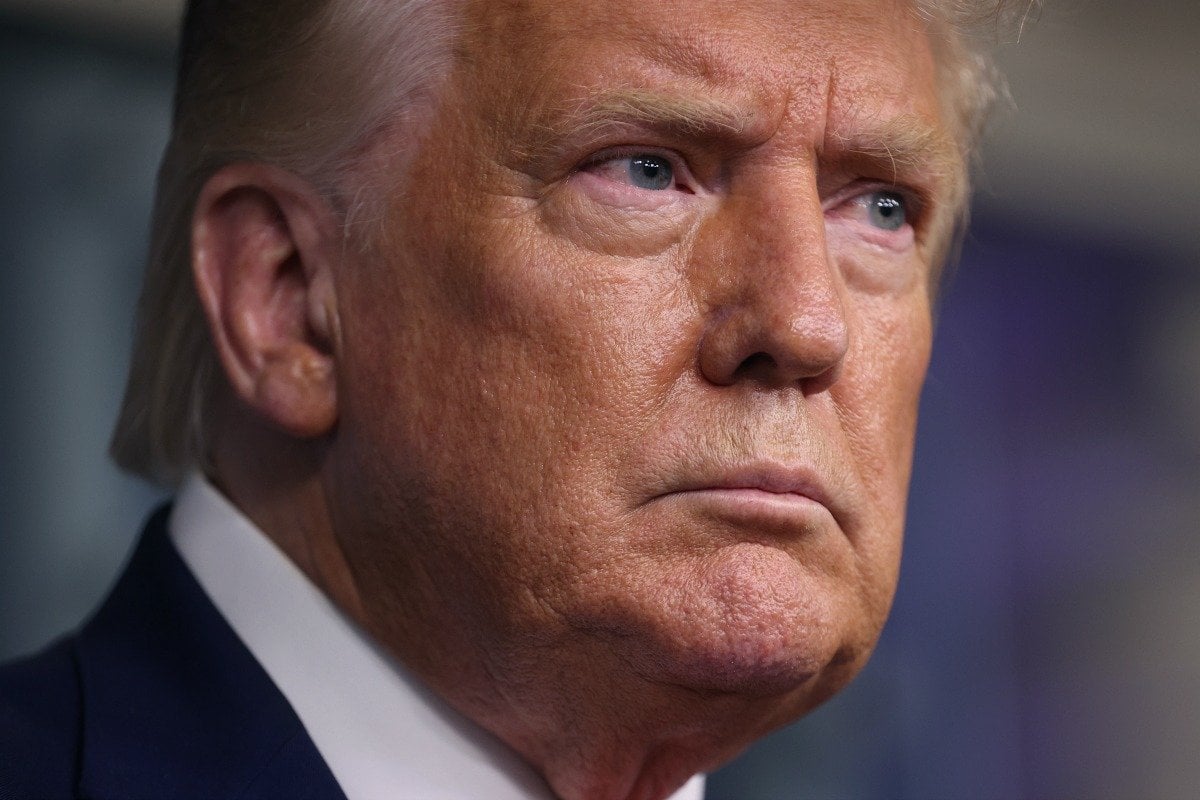 America has a new president-elect in Joe Biden, but for the next 70 days Donald Trump remains in full, un-checked control of the White House.

Even before we knew the result of the 2020 election, it had been hypothesised that if Trump lost, we'd likely witness the greatest political temper tantrum in history.

Or as political author Malcolm Nance put it: "he’ll spend his last 90 days wrecking the United States like a malicious child with a sledgehammer in a china shop."

That premonition it seems, was right on the money. Trump has reminded us time and time again he does not know how to be a 'loser' and there are already clear signs that the next two months could be the most dangerous of his entire presidency.

So, with the January 20 inauguration of Biden hanging over him, what exactly could President Trump get up to?

He will continue to fight the election result.

Trump started filing lawsuits against certain states before the election was even called, and while he is yet to hold an in person press conference since Saturday's Biden win, he's been very vocal on Twitter about what he calls 'BALLOT ABUSE' and a 'rigged election.'

He's apparently still very much of the opinion that he can win the second term he thinks he is owed.

Secretary of State Mike Pompeo has flat-out denied the election results in the Trump campaign's most recent press conference while insisting there would be a "smooth transition to a second Trump administration."

During another press conference this week, Chair of the Republican National Committee, Ronna McDaniel told the attending media "this election is not over."

But even Fox News couldn't humour the claims being put forward about voter fraud, cutting away from the press conference after only a few minutes as the host admitted "I can't in good countenance continue showing you this."

As the experts will tell you, Trump's camp can fight all they want but it's unlikely to do much good. And while they're at it, they've got some strict deadlines to adhere to.

December 8 is when states must have completed their recounts.

December 14 is when electors have to cast their ballots and name a new president.

At present there's no evidence to merit claims of voter fraud at all. And even if states do a recount they traditionally do not change more than a thousand votes, a margin Biden has very significantly surpassed.

So what happens if Donald Trump refuses to concede and leave the White House?

While conceding is the norm, it's not a requirement, and if Trump does decide he's not going to voluntarily leave - he'll be kicked out. It's as simple as that.

As a former official who helped with the transition from Obama to Trump told Newsweek, the Secret Service would "treat him like any old man who'd wandered on the property."

This was something that, like the claims of 'voter fraud,' we were forewarned would happen.

On Monday, Defence Secretary Mark Esper became the first high-profile Cabinet member fired by President Trump in what is expected to be a purge of security officials.

I am pleased to announce that Christopher C. Miller, the highly respected Director of the National Counterterrorism Center (unanimously confirmed by the Senate), will be Acting Secretary of Defense, effective immediately..

Trump and Esper had been at loggerheads for months over disagreements about the politicisation of national security and intelligence.

Reports in recent weeks suggest Trump also wants to get rid of FBI Director Christopher Wray, Attorney General William Barr and CIA Director Gina Haspel before he is kicked out of office.

He also threatened, while on the campaign trail, to fire the nation’s top infectious-disease expert Anthony Fauci telling a rally in South Florida, "Don’t tell anybody, but let me wait until a little bit after the election," in response to a chant from the crowd demanding he "Fire Fauci."

Technically, the president of the United States cannot directly fire Fauci anyway, so his point is moot.

But why is Trump suddenly expected to go on a firing spree?

As Former CIA Director John Brennan told NBC News a few days ago, "I think there is a lot that's going to happen over the next 75 days as Trump carries out vendettas, settles scores and tries to position himself for his next act."

He could try to pardon himself.

A self-pardon is something Trump has already hinted at.

Once Biden is sworn into office, Trump will lose the presidential powers protecting him from accusations of tax fraud, obstruction of justice, falsification of business records, sexual assault and rape.

The president has the power to give mercy to individuals for any federal crime without explanation or justification. And even though no other sitting president has attempted it, in 2017 Trump tweeted something very telling in response to the investigation into Russian interference in the 2016 election.

"While all agree the US President has the complete power to pardon, why think of that when only crime so far is LEAKS against us. FAKE NEWS."

While all agree the U. S. President has the complete power to pardon, why think of that when only crime so far is LEAKS against us.FAKE NEWS

In 2018, he hinted again, writing "as has been stated by numerous legal scholars, I have the absolute right to PARDON myself, but why would I do that when I have done nothing wrong?"

As has been stated by numerous legal scholars, I have the absolute right to PARDON myself, but why would I do that when I have done nothing wrong? In the meantime, the never ending Witch Hunt, led by 13 very Angry and Conflicted Democrats (& others) continues into the mid-terms!

Experts have said that the US constitution is vague on whether Trump will get away with a self-pardon, suggesting he might need a third party to help him do it.

As Reuters reports, he could activate a clause within the 25th Amendment to the US Constitution to allow him to temporarily step down from the presidency, leaving Vice President Mike Pence with the executive power to pardon him.

But would Pence want that to define his legacy? It's unlikely.

It's also worth noting that the pardoning power only extends to federal crimes. It couldn't, for example, excuse allegations such as those levelled at the president's lawyer who reportedly paid two women hush money prior to the 2016 election.

He could spill state secrets.

Since the election, there have been calls from Trump supporters for John Ratcliffe, the director of national intelligence, to declassify more material relating to the Russia investigation.

The fear is that the Trump administration could very well cherrypick the release of certain information that muddies the water on the investigation, and in the process, they might put sources and methods at great risk. 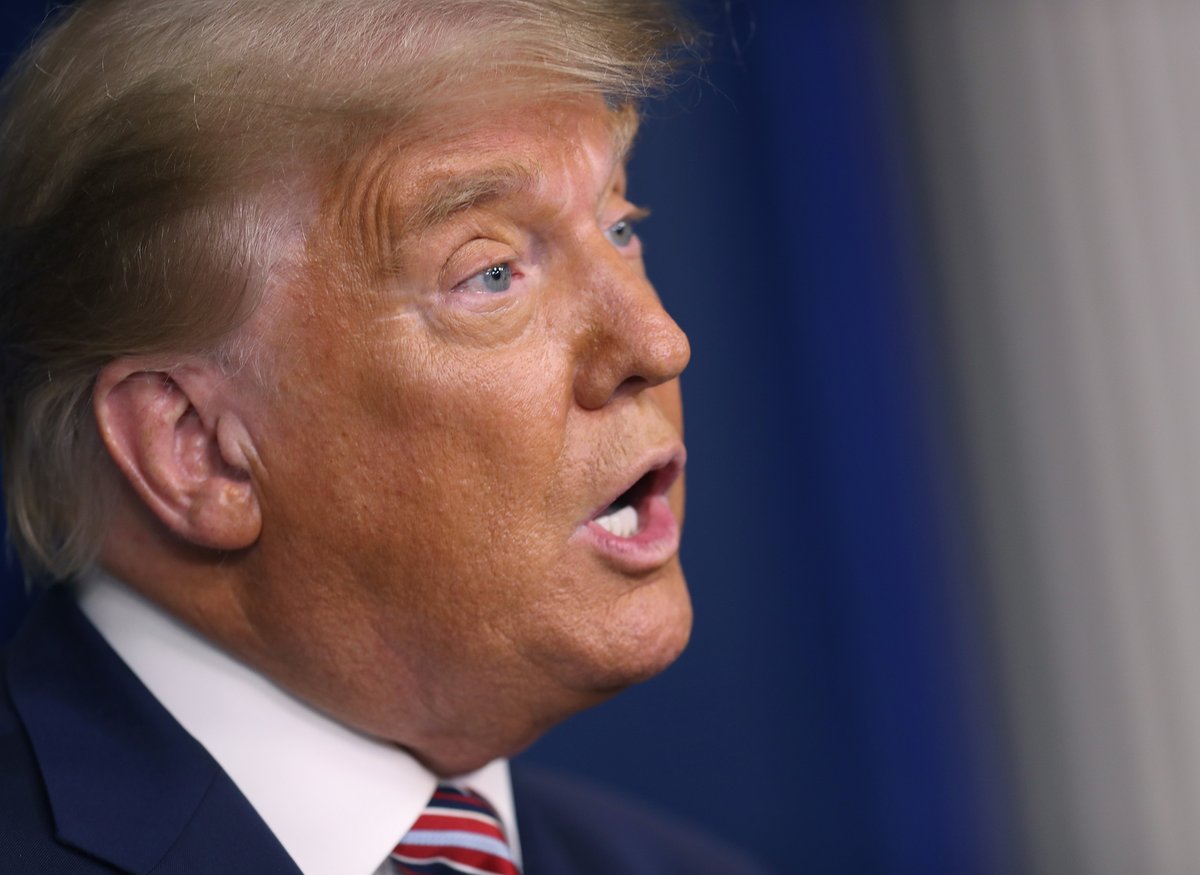 The next two months, could be the most dangerous of Trump's presidency. Image: Getty.

Furthermore, all presidents exit the office with valuable national secrets such as the procedures for launching nuclear weapons, intelligence-gathering capabilities and the development of new and advanced weapon systems.

However, the Washington Post reports that experts who were with Trump as he was briefed on the aforementioned topics were "quick to note that Trump reportedly paid scant attention during the briefings...and has never evinced a clear understanding of how the national security apparatus works. His ignorance may be the best counterweight to the risk he poses."

But even though he might not understand the detail of the plans in front of him, even bragging about the country's intelligence capabilities puts them at risk.

This was evident in 2019 when Trump tweeted photos of an aerial shot in Iran, allowing internet sleuths to figure out exactly where the American satellite took the photo from.

He could issue major executive orders.

President Trump has already issued 192 executive orders, more than both Barack Obama and George Bush did in their first terms, and there's every chance he'll continue issuing more.

But even if he does manage to overturn various regulations he doesn't like, Biden can simply reverse them when he takes over in 2021. The incoming president has already indicated plans to overturn orders pertaining to climate change, immigration and public health.

So instead, many analysts believe Trump will spend the next two months disinterested in politics, and solely focused on himself.

As The Guardian reports, "Ultimately, Trump will spend his final days in the White House trying to avoid looking like a loser or a failure."

Chairman of the Human Rights Foundation Garry Kasparov mirrored this sentiment, writing in an opinion piece for CNN: "Do you really think Trump cares about limiting abortion rights or Constitutional originalism or anything else he cannot fit into his pockets?"

Reply
Upvote
1 upvotes
He’d have a fight on his hands if he tried to pardon himself. I don’t think any Supreme Court, no matter how right wing, would want to establish a precedent where the president is above the law- that’s a giant leap towards fascism. Pretty sure they’d be keen to stop that debate even reaching their desks.
random dude 2 months ago