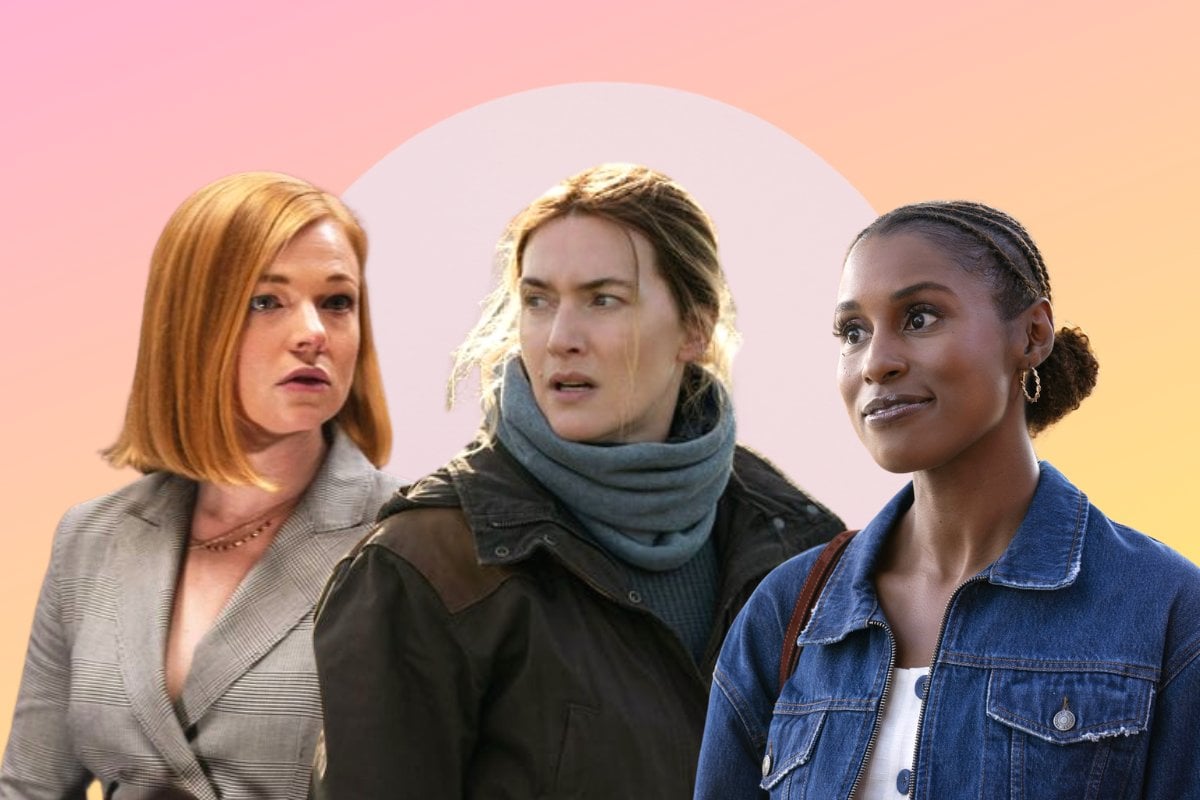 In May 2020, smack bang in the midst of a global pandemic, Australia's newest streaming platform came to life.

It probably wasn't the best time to launch most businesses... but a binge-watching platform? Yeah, that worked.

More than a year on, Binge has expanded its content to include our favourite comfort watches, the shows everyone is talking about and more.

To help you out, I've rounded up the best TV series on the streaming platform, from murder mysteries to iconic dramedies. 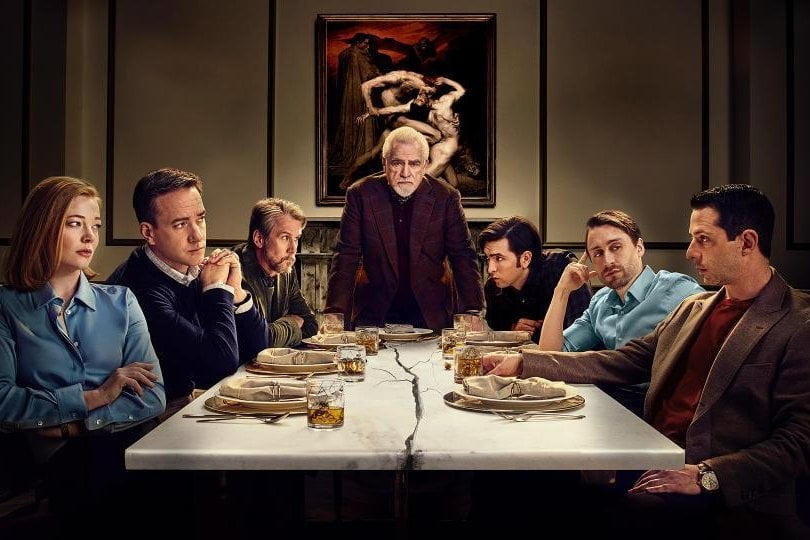 Succession is a satirical comedy-drama, loosely based on the Murdoch family. Yes, it's as juicy as that makes it sound.

It centres on the dysfunctional Roy family, the owners of a media empire, who are fighting for control of the company after the patriarch, Logan Roy, suffers health issues.

The entire two seasons are basically just rich people doing terrible things, and a third is on the way.

Even though Succession is fiction, it feels... gossipy. Like you're finding out the dark, outrageous secrets of what life is really like for the obscenely rich.

Also, did I mention Cousin Greg?

Season one and two of Succession are streaming on Binge. Season three is currently filming, and will premiere in late 2021 or early 2022. 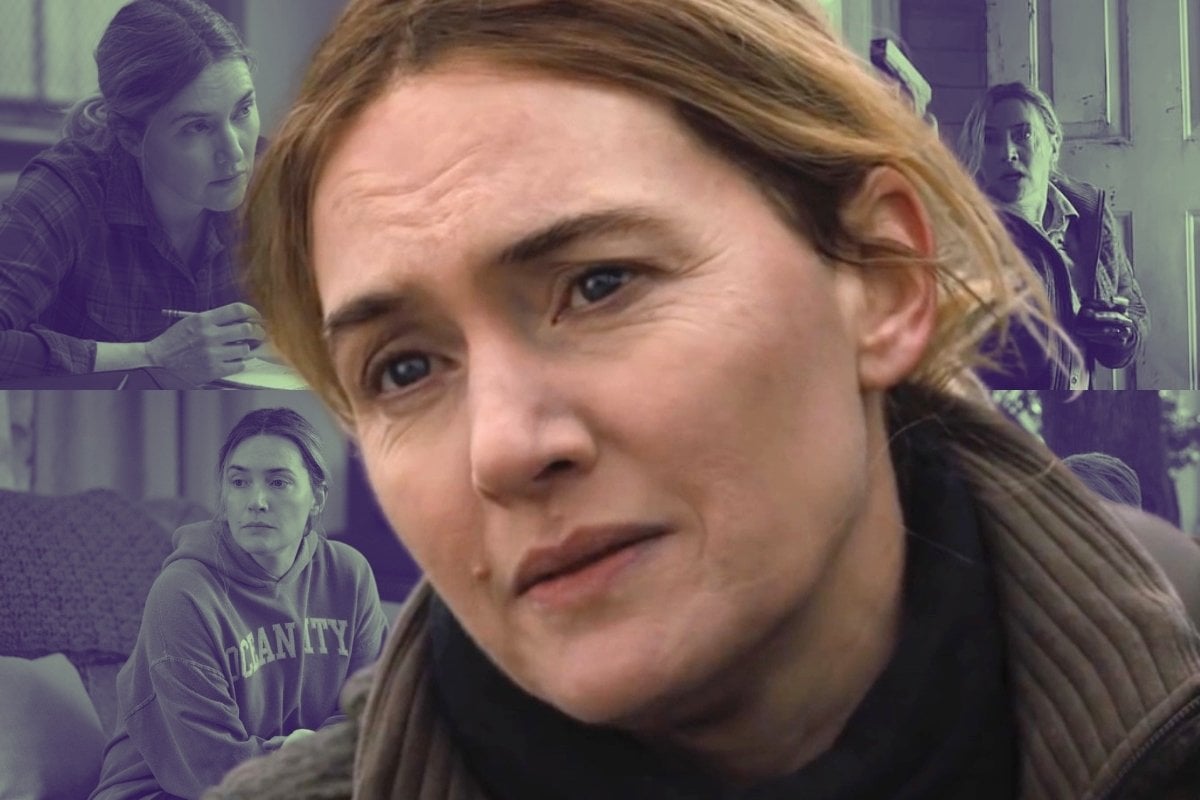 Did you miss the Mare of Easttown bandwagon back in April/May? Well, lucky you. Now you can binge all seven episodes of murder-y, Kate Winslet-y glory in one go (or... you know, at your own pace. But just know, you won't be able to stop.)

The series is set in the 'down on their luck' hamlet of Easttown, Pennsylvania, where local detective Mare (Winslet) is investigating the murder of teen mum Erin McMenamin, which may be connected to the unsolved disappearances of two other local women.

But of course, while Mare is investigating the murder, her own life is falling apart around her. Her ex has bought the house behind hers and is engaged to his new girlfriend. And while her parents, her friends, and their daughter head to his house to celebrate, she heads to the local bar to hook up with the dishevelled 'once wrote a bestseller' newcomer in town, Richard Ryan (Guy Pearce).

All seven episodes of Mare of Easttown are streaming on Binge.

I May Destroy You 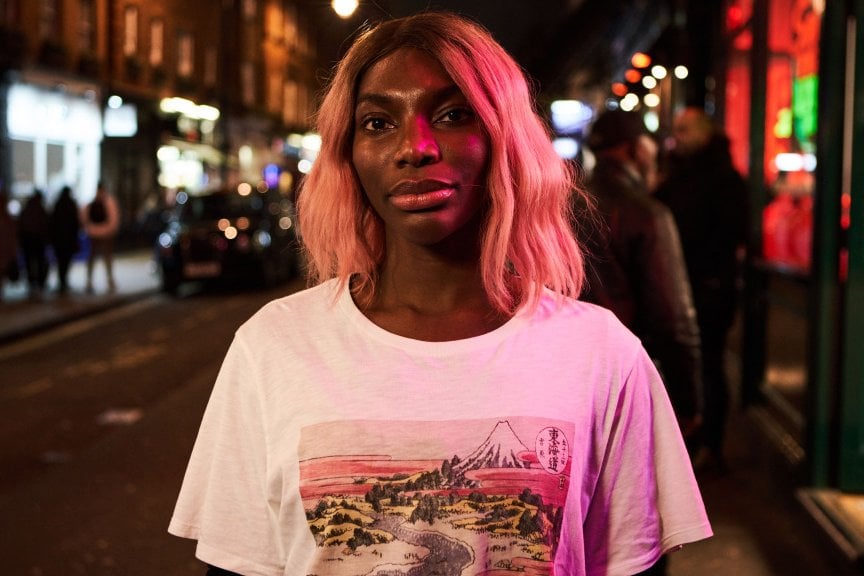 I May Destroy You is a rich yet confronting exploration of consent, race, friendship, sexual abuse and the strain of millennial life, and it's a true TV game changer.

There's a brutal, uncomfortable honesty to how main character Arabella's story plays out across the screen and how her behaviour following the events of the night she was sexually assaulted don't fit the narrative of how an assault victim is 'supposed' to act.

It sounds heavy - and it is, but there's also perfectly balanced wit and humour woven throughout as a reminder that most stories are filled with both darkness and light.

All 12 episodes of I May Destroy You are streaming on Binge. 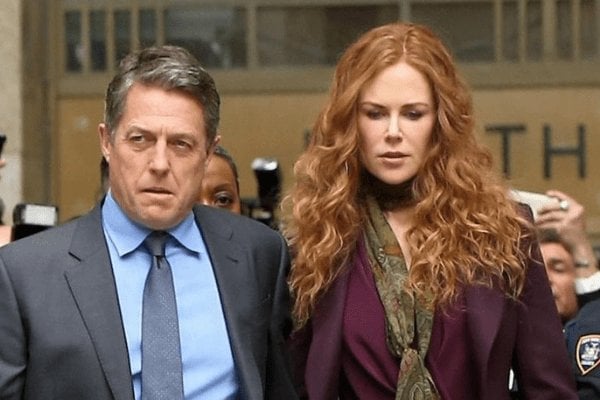 Hugh Grant and Nicole Kidman in The Undoing. Image: Binge.

Ok, this one shouldn't take much convincing: It's Hugh Grant and Nicole Kidman playing a wealthy couple living comfortably as part of New York's elite, until a mysterious woman named Elena enters their lives.

The six-part thriller is the perfect mix of Gone Girl, Gossip Girl and Big Little Lies. With a backdrop of the hustle and bustle of New York, and Manhattan's most elite, most despicable people, it tells a tale of murder and deceit, packed full of enough twists and turns to make us put down our phones and really pay attention.

All six episodes of The Undoing are streaming on Binge. 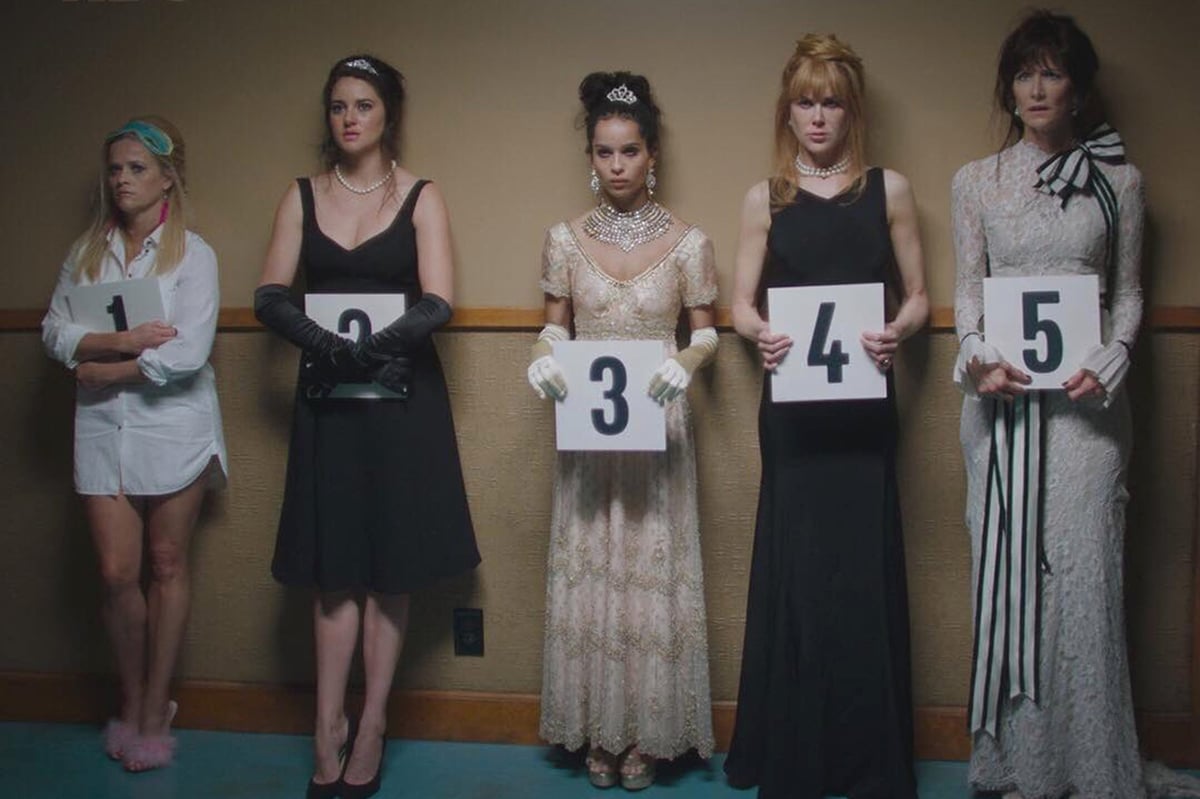 In Big Little Lies, she stars alongside Reese Witherspoon, Shailene Woodley, Laura Dern, and Zoë Kravitz as five wealthy women in Monterey, California, with seemingly perfect lives. Well, that is until they all become embroiled in a murder investigation and we learn the fancy houses and expensive clothes are really just a front for their less-than-perfect lives.

Oh, and season two has Meryl Streep. That is all.

Both seasons of Big Little Lies are streaming on Binge. 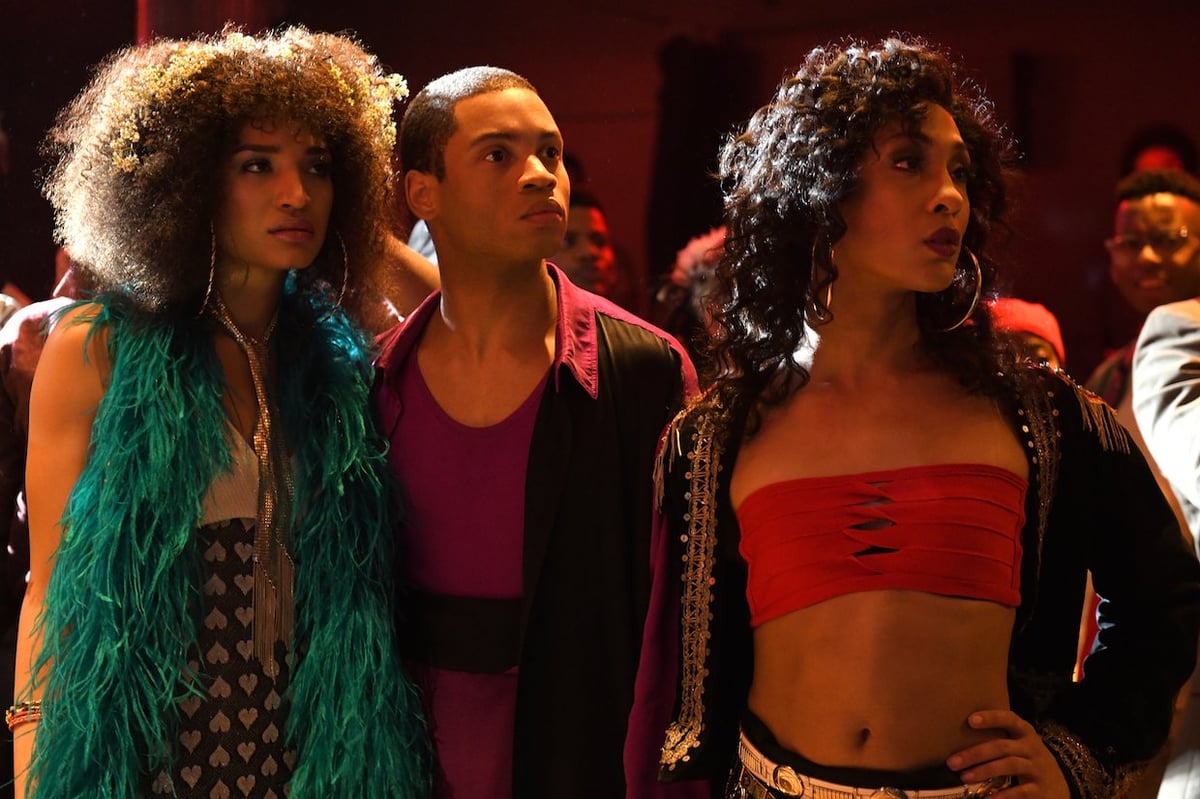 POSE is a story of New York City's African-American and Latino LGBTQ+ community and its gender-nonconforming drag ball culture scene in the 1980s-to-late-1990s.

Set among the raging AIDS crisis, POSE is about the safe space and 'chosen families' in this underground culture.

And it was revolutionary before it even aired: It was rejected by 166 Hollywood studios because they didn't see an audience for it, spent six months finding and casting real trans actors and LGBTQ+ actors of colour, and has the largest transgender cast ever for a scripted series.

None of its three seasons dip below 96 per cent on Rotten Tomatoes, which is a damn good sign of the quality of POSE.

All three seasons of POSE are streaming on Binge. 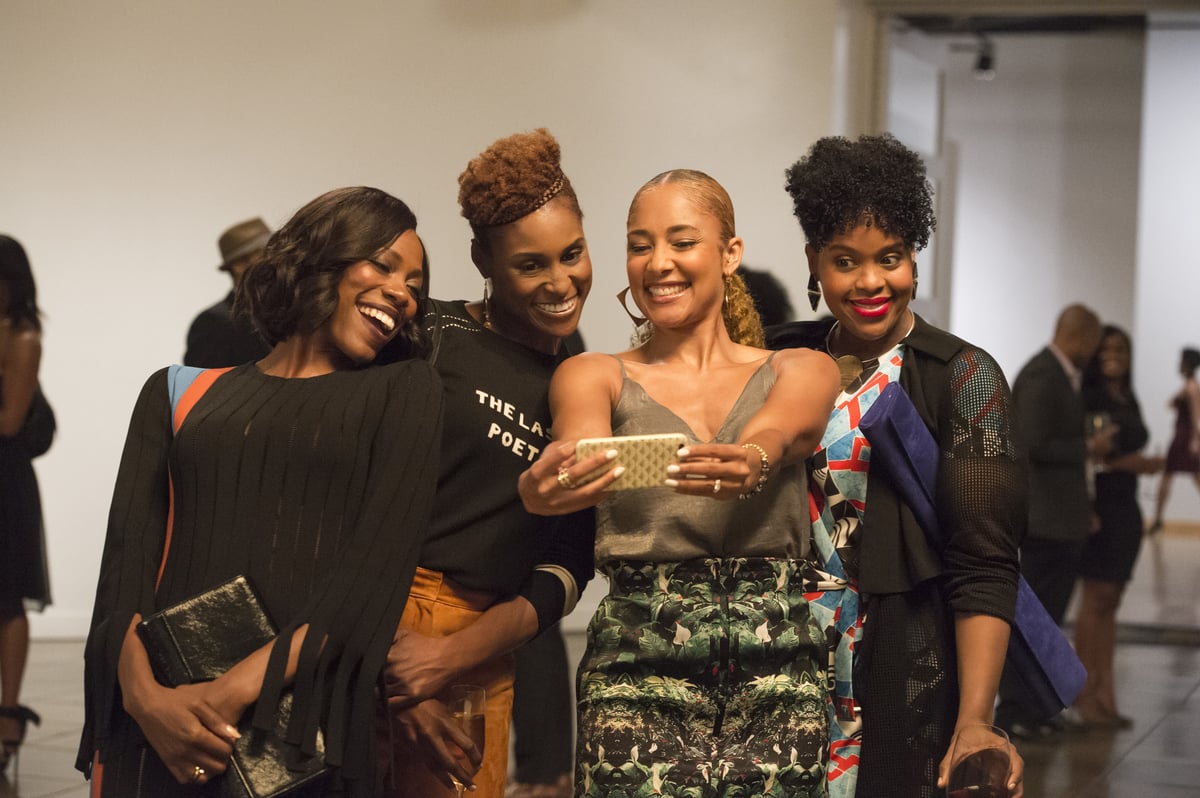 Insecure is written, directed and executive produced by comedian Issa Rae, based on her original web series The Misadventures of an Awkward Black Girl.

Set in LA, the show follows the life of Issa and her friends in their late 20s and 30s, as they navigate their careers, their friendships and their sex lives.

Four seasons of Insecure are streaming on Binge. The fifth and final season is expected later in 2021.

'Concerned' groups called for a ban of gritty teen drama Euphoria before the series even began, which was a surefire way to make sure The Kids tuned in.

Yes, it's explicit, but it's easy to see why Euphoria was one of 2020's breakout shows. A loose adaptation of an Israeli series with the same name, the series tackles all kinds of heavy topics: drug addiction, sexuality, gender identity, sl*t-shaming and body image to name a few. Stars Zendaya and Hunter Schafer are perfect as troubled best friends Rue and Jules, and the rest of the supporting cast (including Australian Jacob Elordi) also give fantastic performances.

Season one of Euphoria, and two specials, are now streaming on Binge. Production of season two is underway. 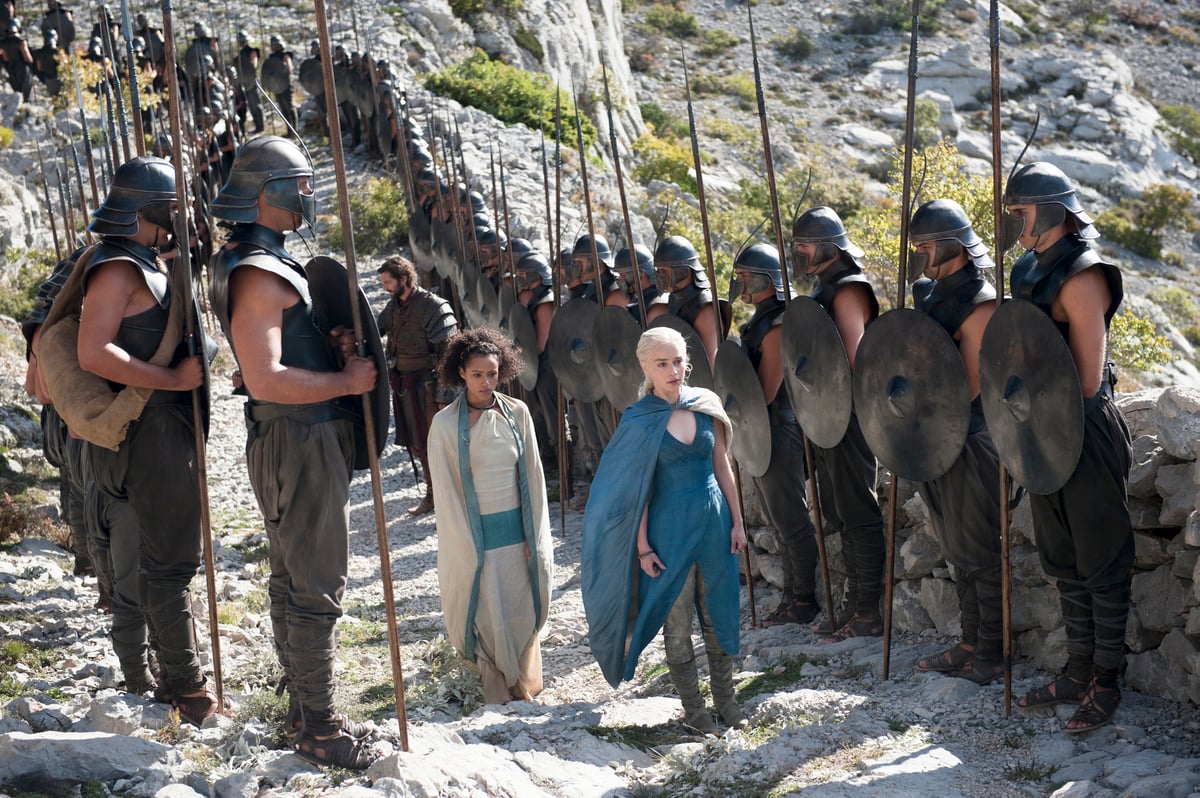 I know, I know. All we hear these days is how bad the ending was. But if you don't let that cloud your judgement, Game of Thrones is spectacular (especially season four, which is very deadly and SO GOOD), and well worth the commitment.

Based on George R. R. Martin's books, Game of Thrones follows the lives, allegiances and battles (so many battles) of various families and houses - most notably members of the Baratheon, Lannister, and Stark families - on the fictional continent of Westeros, who are all involved in the fight to rule via the Iron Throne. The second major storyline follows the rise of Daenerys Targaryen, the last member of an exiled family who builds an army as she prepares to reclaim the throne, and a third takes place North of Westeros beyond the 300-mile-long, 70-foot-tall wall that protects the rest of the continent from the mythical creatures that lurk there.

Yes, it's complicated. But it's also brutal, funny, touching and uh, deadly. Oh, and there're dragons.

It's unlikely we'll ever see a show conquer the public consciousness like GOT did, week-after-week for years, ever again.

All eight seasons of Game of Thrones are streaming on Binge. 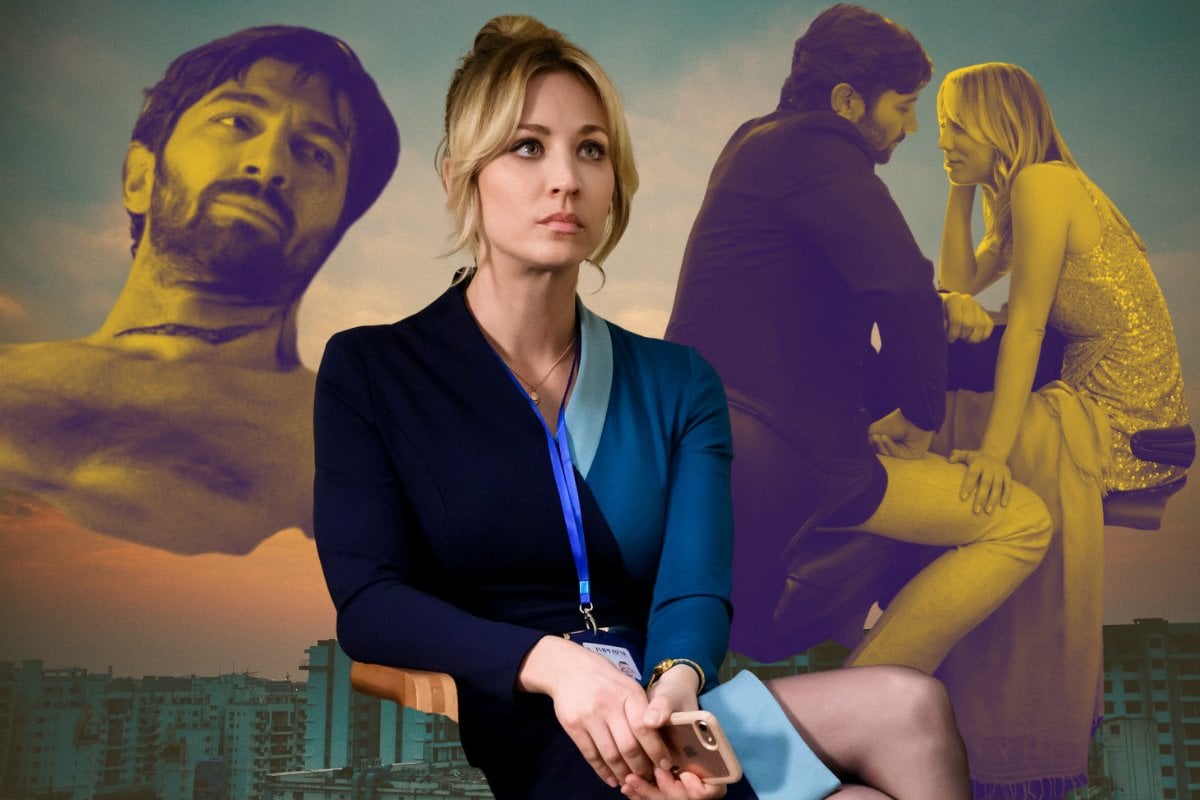 The Flight Attendant, which is based on the novel of the same name by New York Times best-selling author Chris Bohjalian, is part tongue in cheek millennial comedy and part dark psychological thriller.

With just a touch of brutal murder and a sprinkling of exotic locations thrown in for good measure.

After a one-night stand in Bangkok, flight attendant Cassie wakes up with the man's dead body in bed next to her.

Cassie has gaps in her memory from the night before and, terrified of being arrested in Bangkok and unable to leave the country, descends into panic, cleans up the room as best she can and flees the scene.

It's a well-paced comedic drama with twists and turns, and a shocking ending.

Season one of The Flight Attendant is streaming on Binge now. Season two is expected in Spring 2022. 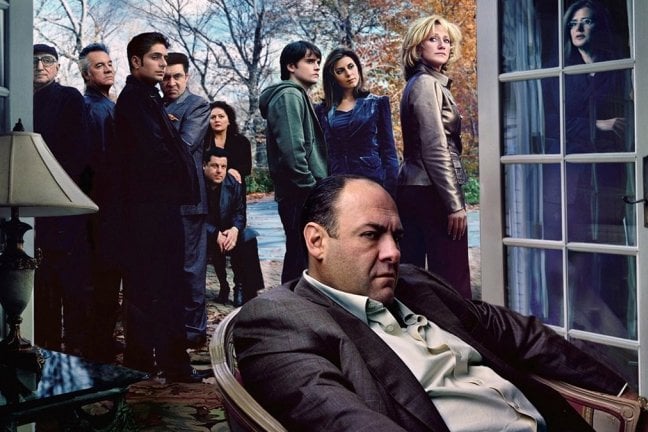 The Sopranos is widely regarded as one of the best shows of all time, and with a much-anticipated prequel film on the way, now is the perfect time to watch (or re-watch) the show's six seasons.

The story revolves around Tony Soprano, a New Jersey-based Italian-American mobster, who tries to balance his family life along with all the complications that come with being the leader of a major crime syndicate. And it's all explored through his therapy sessions with a psychiatrist.

You can't really overstate the impact The Sopranos had on television, which up until the show was seen as a much less 'highbrow' storytelling method compared to film, literature and theatre.

For that, we thank you Tony Soprano.

All six seasons of The Sopranos are streaming on Binge now.