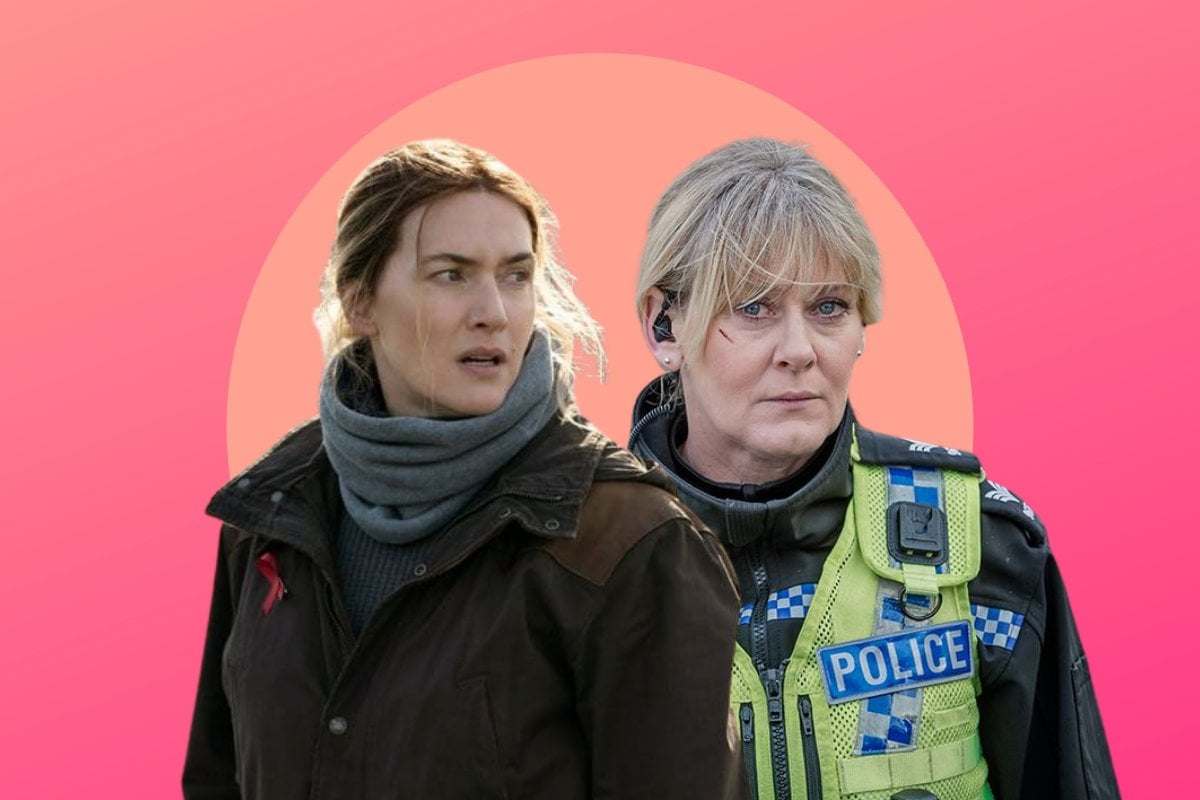 It's been over a week now since Mare (Kate Winslet) left our lives.

She came, she saw, she solved a triple twist murder mystery; she forgave herself for her past, and she left a vape-shaped hole in our hearts.

If you've been searching for another straight-talking, murder-solving female detective, who has no time for bullsh*t, you need to meet Happy Valley's Sergeant Catherine Cawood.

Watch the trailer for Happy Valley. Post continues below.

The British crime drama, which was originally released in 2014, is filmed and set in the Calder Valley, West Yorkshire, in Northern England. The weather is miserable, everyone is a bit down on their luck, and a local girl has just gone missing.

The series is written, created and directed by Sally Wainwright, the queen of the gritty British crime drama, who is also the brains behind Scott & Bailey, Last Tango in Halifax, and Unforgiven.

We later learn Catherine's daughter Becky ended her own life six weeks after her son, Ryan, who was a product of rape, was born.

Catherine's husband and son Daniel refused to accept Ryan and want nothing to do with him. Catherine's decision to raise him led to her divorce and Daniel's refusal to speak to her.

She lives with her sister Clare, a recovering heroin addict, who helps her raise Ryan.

While this storyline sounds bloody.... bleak, like Mare of Easttown, Happy Valley is surprising funny and heartfelt. It has moments of levity between the murders, rapes, and abductions.

And Catherine is the queen of the sassy one liners like: "Obviously I was trying to shoot him in the chesticles, not the family jewels" and "Semi-naked man at lunchtime in Sowerby Bridge? How could I stay away?".

Like with the people of Easttown, the folk of the Calder Valley soon start to feel like family. The family dynamics between Catherine and her sister and her ex-husband and her grandson Ryan will remind you of the Sheehan family.

While Happy Valley doesn't deliver the twists like Mare of Easttown, it's bloody brilliantly written and executed. It's the kind of TV show you want to get lost in for a weekend or two.

Like Mare, Catherine looks her age. She has no time for bullsh*t but all the time in the world for someone who needs her help. She's trying to do it all on her own. And she's single-handedly taking down those bad guys.

So, while we can never replace Mare and the people of Easttown, Catherine and the residents of Happy Valley are a bloody good alternative.

Reply
Upvote
Your way behind the times, all episodes have aired on ABC before and stan just picked it up. Its a great show
G
guest2 a year ago