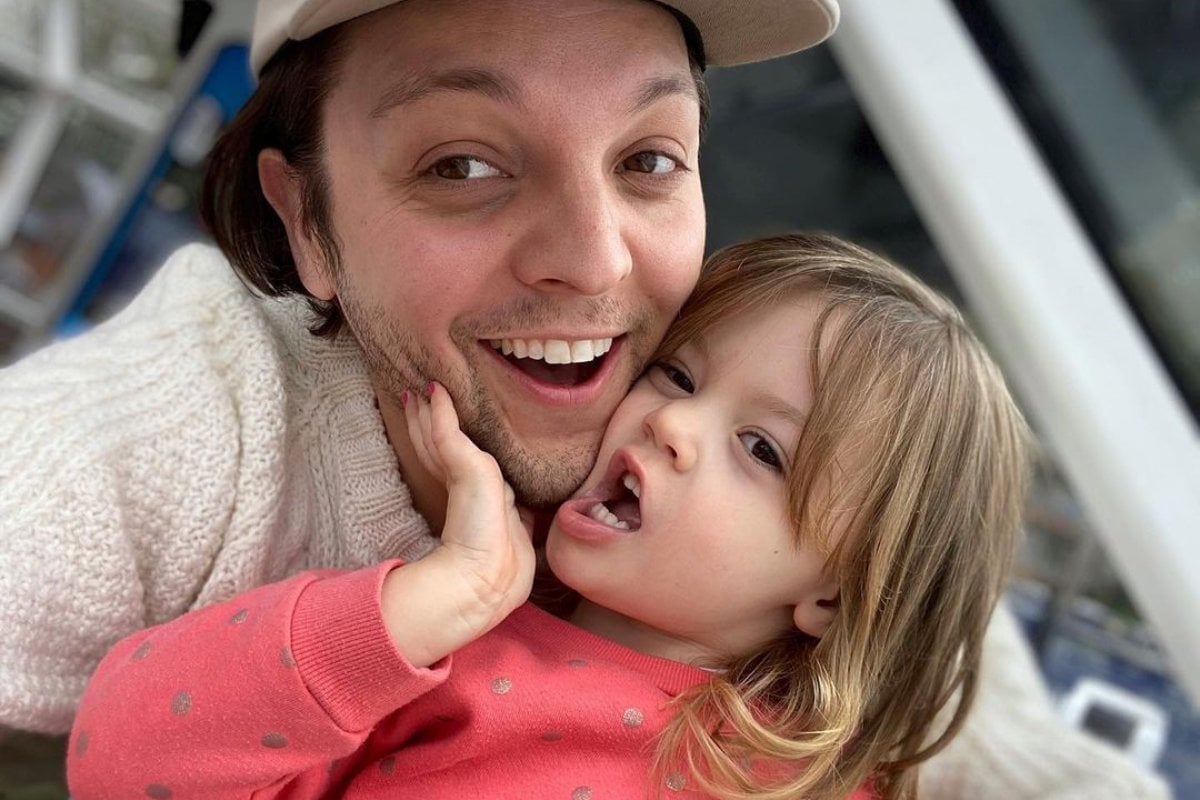 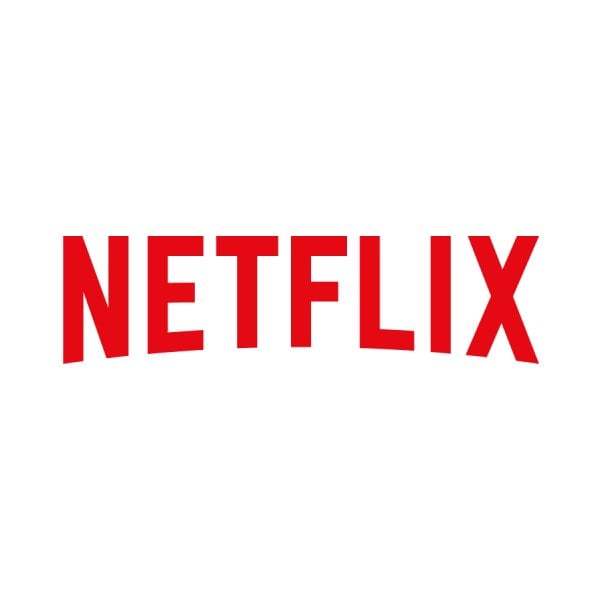 There are only two types of parents in the world: those who think animated movies are exclusively made for children and lack any moral substance that adults can relate to; and those who think the polar opposite.

I, personally, fall into the second group. In fact, I’m the President of the Animated Series Are Actually Made for Adults and Kids Just Happen To Enjoy Them Conspiracy Club.

Take Netflix’s newest animated science fiction comedy The Mitchells vs. the Machines. The film comes out on Friday 30th April, but we had a chance to preview it as a family this week.

My boy-girl twin toddlers, Stella and Cooper, absolutely loved the action-packed film. They were captivated by the funny script, the bright pops of emoji stickers sprinkled into each scene, and the silly dog, Monchi, who accompanied the family throughout the movie.

Me, on the other hand? I loved the action-packed film, too. I was equally captivated by the humour, laughing at more nuanced jokes that my children (hopefully) won’t understand for a decade or ten. I was impressed with the bright pops of colours and emoji stickers used through the film, a perfect time capsule for this digital-obsessed era. Heck, I even became emotionally attached to the silly little puppy, Monchi. And I’m not really into silly puppies.

But there was one major difference in my response to the movie vs my children. It’s the fact that I cried three times. And not from laughing.

The movie follows an American family that winds up having to save Earth from a robot uprising while on a road trip across the United States. I promise that’s not the emotional bit.

The creative teenager daughter, Katie, is off to college at the end of the road trip and she has, well, a complicated relationship with her father to say the least.

In fact, it’s evident from the very beginning of the film that the issues are deep and long-standing. Linda, the wildly positive mother, states that they haven’t been able to get a good family photo in years “because you two are always arguing."

At its core, it’s a father-daughter film that tracks the pair’s relationship as it falls apart and gets put back together just in time to save the bloody world.

But why the waterworks and the need for tissues? Well, I’m a father. A proudly emotional one at that. And I’m raising a daughter through a time in history where society's treatment of women – young girls in particular – is under a well-deserved and long-overdue microscope.

I wasn’t just watching the movie. I was WATCHING the movie.

Any father who has a daughter knows that the bond is a unique one. Long before my daughter was even born, I had endless “a daughter will change you” comments thrown my way. And when it finally happened, I totally understood what they meant.

A daughter challenges you, forcing you to see the world through a new gender lens. With a boy, you’re certain you understand what they will experience in life. A “mini me” mentality takes over.

But when a girl comes along, you’re forced to chuck those preconceptions out the damn window and revaluate – with no exaggeration – your entire life experience through the lens of the female position. In some cases (and I’m quoting directly from my diary now), you understand just how blind you’ve been all along to the inequality in the world.

I can only speak for myself, but fathering a daughter didn’t “soften” me like the stereotype states. In fact, it toughened me up. It helped me see the world through a more realistic lens. It forced me to see gender. And yes, become more emphatic along the way.

But don’t just take my word for it. I reached out to a few of my mates who are raising daughters around the world to find out what they’ve learnt about raising daughters, and if this meant they were more likely to sob during this new father-daughter Netflix movie.

Pastor turned viral comedian (you've likely seen his excellent Bachie recap videos), Hi Josh, said, “I have a daughter and another one on the way! What I've learnt so far is that she knows what she wants, she's beautifully independent, but every so often just needs a hug with her dad.”

The Melbourne father behind The Daily Dan said “Since having a daughter, I’ve noticed a difference in how I am as a person. I think being a father of a daughter has allowed me to be more confident in who I am, and I want to make sure she feels the same as she grows up.”

John is from Atlanta, Georgia. He is one part of the beloved father-daughter kids’ jewellery brand, Gunner & Lux. John echoed my perspective when he said:

“Raising a girl means we have to proactively think about the world she’s in. We’ve come to realise it’s our responsibly to try and understand as much as we can about the challenges of life as a woman. We read books, talk and – more importantly – listen to women so we can help to prepare her for the world.”

A Dwarfism activist and father of three from Sydney, Cullen brilliantly added:

“Raising daughters has made me more aware of societal and my own patriarchal biases. Until I became a girl dad, I gave it very little thought, but things change when it's your beloved who could potentially be victimised.”

One part of the iconic gay parenting duo Raising Buffaloes, Dustin said, “As a father to a daughter, I’ve been mindful to celebrate her heart, her mind, her efforts. As much as I think my daughter is the most beautiful little girl on this planet, I want her to know she is so much more than a shiny jewel in the eyes of others.”

And finally, performer and New York City author Joél Leon (most well-known for his TED Talk on co-parenting) said, “Raising daughters, especially Black daughters, has meant not only sacrificing ego but learning how to create space for their growth and autonomy. There is no right way for them to be themselves."

"There is no right way for them to be themselves." Image: Supplied.

Seven fathers, seven unique experiences, but they have one thing in common: an undeniably clear message that a daughter is a beautiful addition to any dad’s life, if he should be so lucky to experience it.

And that is, at its core, what made The Mitchells vs. the Machines so compelling. As I watched Rick navigate parenting Katie, I felt like I was watching my future play out before my eyes. You get a chance to witness a man move from being a first-time father to overbearing patriarch unable to connect with his daughter, and then back again to loving confidant.

And it all happened because they took a chance to really get to know each other.

Their journey was a friendly reminder that our differences – be it gender, sexuality, age or interests – are so often what unnecessarily divides us. It’s true that they drive us a little crazy in the short-term, especially when you’re trapped together in a car together trying to save the damn world, but it’s in that journey to understanding each other’s differences, that we’re actually able to see just how similar we truly are.

Grab your kids. Grab your partner. Heck, give your dad a call and invite him over, too. Then plop the entire family down in front of the TV with snacks and devour The Mitchells vs. the Machine on Netflix. You won’t regret it.

What have you learnt from raising daughters? Tell us below.

This star-studded animated comedy The Mitchells vs. the Machine is out now on Netflix. Watch here.

From the humans that brought you Spider-man into the Spider-verse and The Lego Movie, Netflix presents The Mitchells vs The Machines, busting through an algorithm near you April 30th.