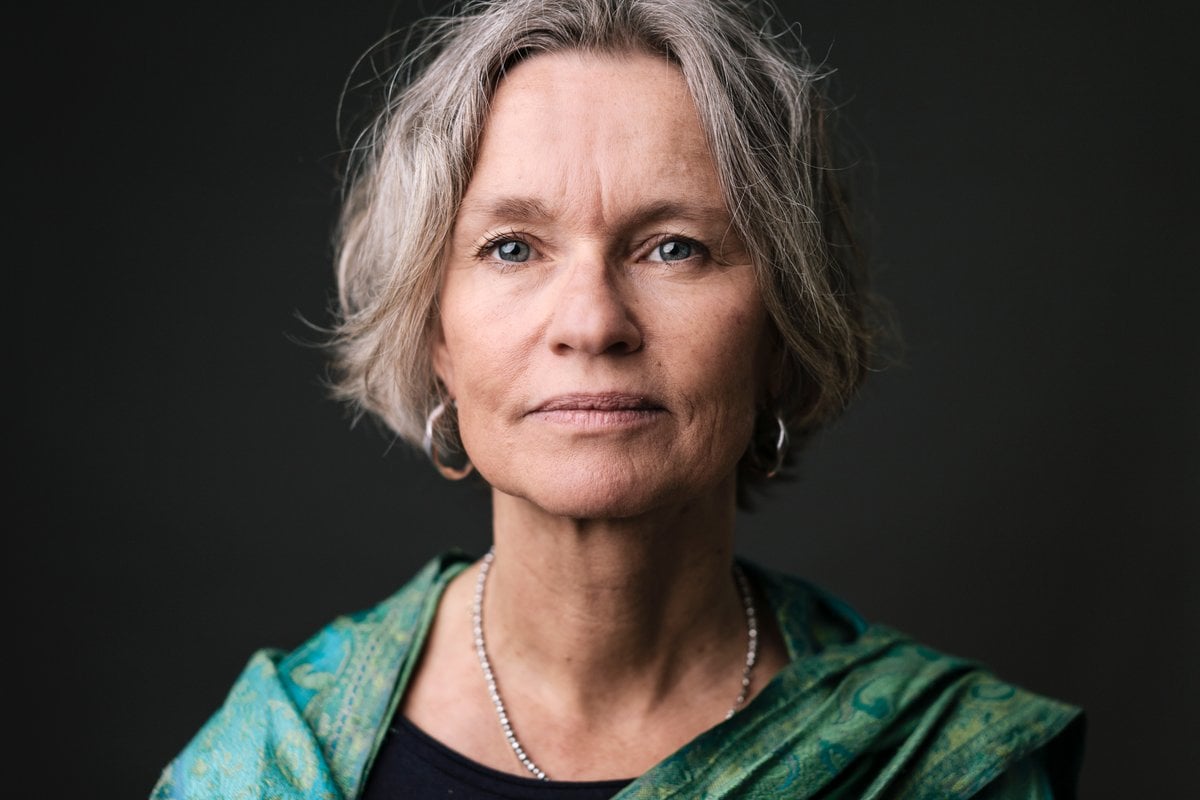 Borderline Personality Disorder is in the news again.

Not in a good way.

Amber Heard has ‘histrionic and borderline personality disorders’, the headlines scream. She has ‘grossly exaggerated symptoms of PTSD’.

While you're here, watch how you can support a loved one with anxiety. Post continues after video.

Turning those living with BPD into monsters. I’ve lived with BPD. Not personally. But as the mother of a daughter with this condition. And I can tell you that no one suffers in this situation more than she does. But nobody seems to care.

BPD is not even named properly.

They called it 'Borderline' because sufferers have so many symptoms of other personality disorders: Anxiety, depression, mood swings, even psychosis. That is to say, they couldn’t work out what it actually was.

It’s not even a personality disorder, really. It’s a complete inability to regulate oneself emotionally.

It should be called Emotional Dysregulation Disorder. But the medical profession hasn’t paid enough attention to bother to categorise it properly.

It took years to get a proper diagnosis for my daughter. Even afterwards, doctors would insist she had ‘bipolar’ or ‘schizophrenia’. That’s how little understood or investigated it is.

However, it’s a misconception that this explosive anger is always directed at others.

My daughter directed it internally. Punishing herself. Imagine the suffering! Never being able to find lasting peace or happiness. Except in the most fleeting of moments. Or with chemical assistance.

Losing yourself in sex addictions.

I was there in the trenches when everything went pear-shaped. Often the only one. When the psychosis overcame her. When the gremlins in her head demanded she do the worst things to herself.

There were weeks I was too scared to go to the toilet.

Months I was worried what I’d find when I came home from work. My hand paused on the doorknob. Unwilling to force myself across the threshold. In case I found my worst nightmare come true.

Years when I was woken by calls in the middle of the night. When I’d have to drive to some far-flung location to rescue my daughter from others. From herself.

And she didn’t even tell us everything. Even as she struggled to survive, she tried to protect us. No monster at all.

We had to fight for a diagnosis. For treatment. For her to be admitted to hospital when she was suicidal.

BPD is one of the most difficult conditions to manage. Nothing worked 100 per cent. CBT therapy wasn’t the god-send promised, but it was the only one on offer. My car boot filled up with so many medications, I felt like a drug-dealer. Because I couldn’t keep them in the house. I learned that lesson early on.

I suffered along with her.

Watching her ongoing struggles. Feeling her inner pain. Picking up on her powerful desire to put an end to the thoughts which tormented her. There was only one obvious solution.

I was blamed for her condition by a volunteer at a BPD charity when I reached out for help. Because, as a close family member, it must be my fault. That’s what many have decided. Although the scientific studies in this area are scant, as dealing with BPD sufferers can be exhausting.

Listen to No Filter and join Mia Freedman speak with Dr Jodie Lowinger, the founder and Principal Clinical Psychologist of the Sydney Anxiety Clinic on how anxiety presents itself. Post continues after podcast.

My other child left home early on because it all got too much. Of course it did. And my daughter doesn’t speak to me anymore. Because that’s what happens sometimes when you love someone with BPD. Because I didn’t feed her fantasies. Instead, tried to be the steady hand at the wheel. Keep her ship on course. When what she wanted was to abandon ship.

I miss her a lot. She brought a lot of joy into my life, along with the misery.

But I accept she needs to traverse these rocky seas without me now.

I'm glad that she finally can do it on her own. I'm happy she has found an inner circle that ‘gets’ her. I'm proud of how hard she has worked to build some kind of life for herself.

More than anything, I wish for her to experience a world in which BPD is not demonised. Where sufferers are not treated as pariahs. Where her symptoms are not dismissed as ‘hysteria’. Where she doesn’t have to fight to be heard.

To be supported. To even be admitted to basic medical care. Where society recognises that BPD is not a problem with someone’s personality, but the cruellest of tortures. Inescapable. As the torturer is yourself.

Surely we can find some compassion as a society for those who suffer with this horrific condition?

Reply
Upvote
It's a horrible condition. One of my good friends suffered it , and even though I eventually had to withdraw from her for my own sake, I never felt anything except sorry for her. Her vulnerability also meant she was preyed on repeatedly by abusive men, who could then turn around and tell everyone she was "crazy". Sometimes BPD causes people to hurt others, but theres no doubt they hurt more than anyone else.
C
coco 13 days ago

Reply
Upvote
1 upvotes
I have lived with and had all my ambitions and dreams dashed by BPD and this article is on point. As a victim of crime from the age of 8 - rather than criminalise the discourse around BPD which the media does on a regular basis - understand that BPD is not selfish or narcissistic. It’s intense emotional dsyregulation - and the person who pays for this is the person with the diagnosis as it makes work, relationships, creating security very difficult.
News
General
Opinion
True Crime
Politics
Sport
Explainer
Entertainment
Celebrity
Reality TV
Movies
TV
Books
Rogue
Royal
Lifestyle
Beauty
Fashion
Weddings
Home
Wellness
Health
Fitness
Travel
Food
Parents
Before The Bump
Pregnancy
Baby
Kids
Teens
School
Parent Opinion
Work & Money
Money
Finance
Career
Lady Startup
Relationships
Sex
Dating
Separation
Friendship
Family
Real Life
Couples