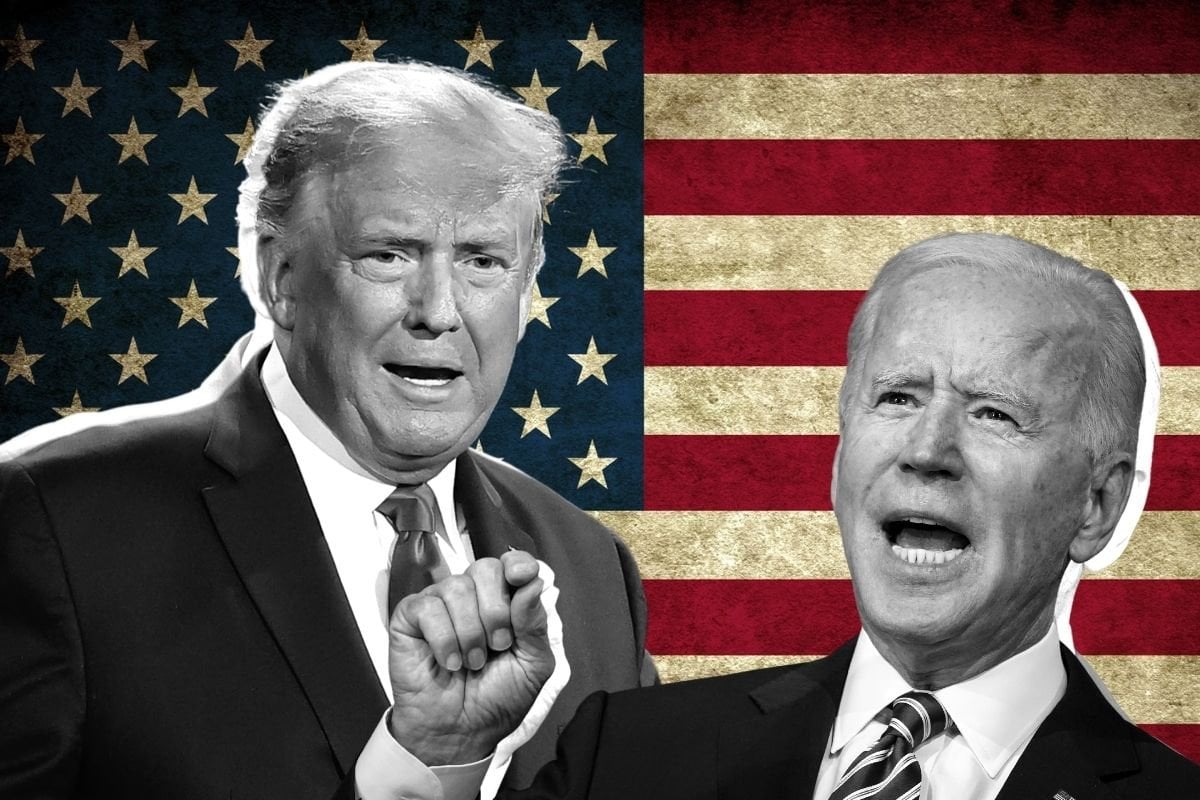 On Tuesday, US time, the polls will open in the United States in what's being billed as one of the most important elections in a lifetime.

The stakes have rarely been higher; the choice rarely so distinct.

Yes, Republican President Donald Trump and Democratic nominee Joe Biden are more at odds than just about any candidates we've seen tousle for the top job.

Not only do they disagree on how to handle the COVID-19 pandemic and resulting economic slump, they stand opposed on pressing global issues like climate change and foreign policy, and national issues like universal healthcare.

Faced with these vastly different futures, Americans are particularly engaged this time around.

Though it's not compulsory for them to vote, more than 65 per cent of those eligible are tipped to do so this election — a figure that hasn't been seen in 112 years.

Once they've cast their ballots, all eyes will be on just a handful of critical states; states that will determine which of those divergent futures the global superpower will have.

How do US presidential elections work? (And for goodness' sake, keep it simple.)

The US presidential election isn't necessarily won by the person who gets the most votes at the polls.

Instead, the president is chosen by something called the 'Electoral College'. This is a body of 538 electors from across the country who vote on behalf of the people in their state.

Each state has a designated number of electors based roughly on the size of their population. So California, for example, has 55 electors, while its smaller neighbour, Arizona, has 11.

After the American public votes on Tuesday, these electors look at the results in their state and then cast the official ballot reflecting that.

Almost all states go with a "winner takes all" approach. To use the California example: if Joe Biden wins the majority of the public vote in the state, he'll get all 55 of its electoral votes.

In order to win the presidency, a candidate must clinch the majority of the 538 electors' votes. Basically, it's a race to 270.

Listen: The Quicky finds out who Joe Biden and Donald Trump really are from those who have worked alongside them. Post continues after podcast.

This setup is why Democratic candidate Hillary Clinton lost the 2016 presidential election despite winning the popular vote — by more than three million ballots, in fact.

See, her public votes came from densely populated states that only added up to 227 electoral votes. Meanwhile, Trump pieced together 304 electoral votes by winning in a larger whack of smaller states.

Well, that seems... complicated. What's the point of this system?

The Electoral College was created in 1787 out of concern that a populist president could command too much power. Basically, the electors were designed to serve as a backstop to prevent the public from electing a demagogue (a person who appeals to emotions/prejudices) rather than the most qualified candidate.

People who support the Electoral College system argue that it also ensures that small states don't get ignored by candidates.

They believe that, if an election was purely a popular-vote contest, a government could be tempted to gear its policy promises to big states to shore up their chances of staying in power. Under the electoral college system, however, less-populated states can be crucial to achieving victory in a close election. (See above re: Donald Trump's 2016 win.)

Still, it's not quite as inclusive as it may sound....

The states that will decide the 2020 presidential election.

Some states are considered 'safe' for a particular party, meaning they have consistently voted in their favour at recent elections. California, for example, is typically a sure thing for Democrats, while Oklahoma is one for Republicans.

States that flip-flop from one election to another are known as 'battleground' or 'swing' states. And that's where candidates tend to focus most of their attention during the campaign.

But three of those, in particular, are shaping up to be particularly crucial this year: Michigan, Wisconsin and Pennsylvania.

They all flipped to Trump in the last election, but polling analysis by FiveThirtyEight has Democratic candidate Joe Biden tipped to win them back.

Should that happen, should he flip just those three battleground states in his favour, then — in the words of Chas Licciadello, host of ABC's Planet America — "that's it; then he is president".

Easy. So when will we know the result?

Well, that's a little tricky, too.

There's been a record number of postal votes this year (close to 100 million at the time of writing) and those three crucial states won’t start counting those until the end of the campaign.

That means, if the race hasn't already been won on election night and it comes down to that trio, it could be several days before we know who the next president will be.

Strap yourselves in folks. Another day in 2020; another hugely consequential event.