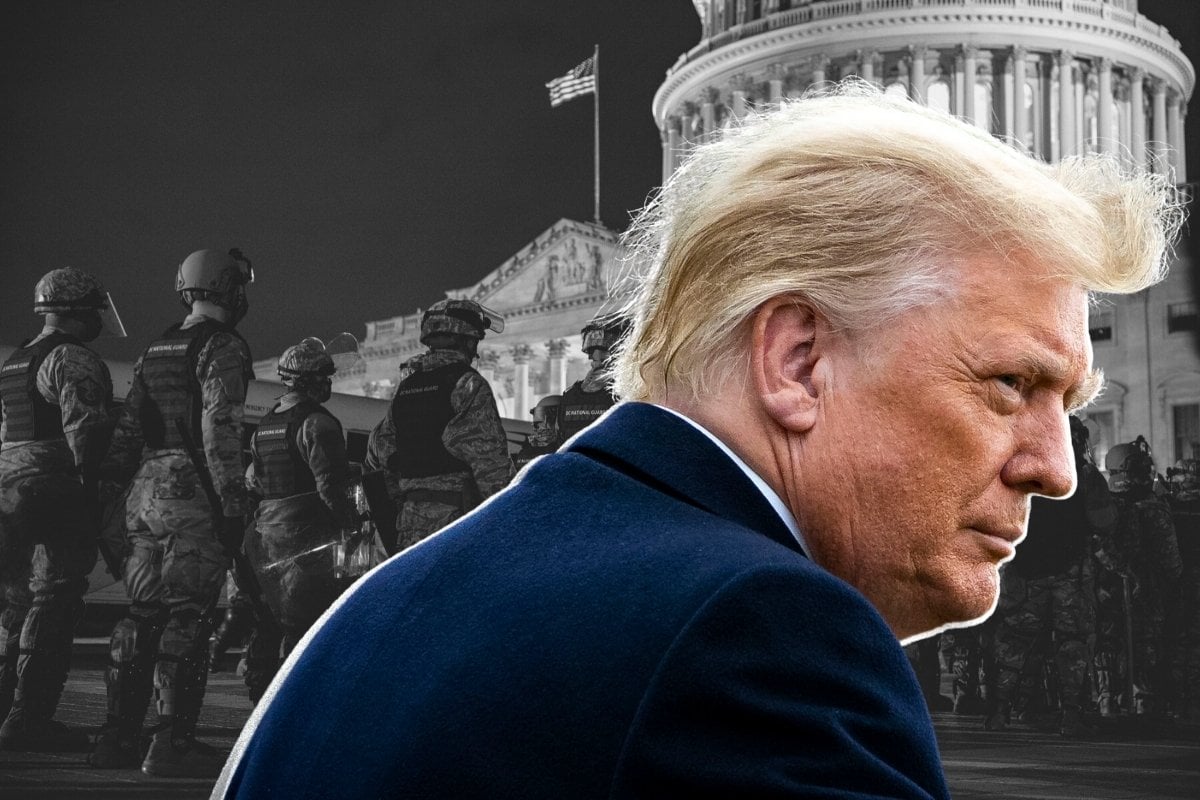 President Trump has just two weeks left in office, but after the violent riot at the US Capitol building on Wednesday, some of his colleagues simply aren't willing to wait that long.

Democratic leaders and at least one Republican are mounting calls for Trump to be stripped of his powers and for Vice President Mike Pence to act in the role until President-elect Joe Biden is inaugurated on January 20.

So, is that possible? How could they make it happen? And just how likely is it they'll succeed.

But first, a quick recap of what happened at the Capitol.

On Wednesday, US time, the world watched in disbelief as a mob of United States citizens laid siege to the seat of their country's democracy.

Watch: CNN's Van Jones points to the hypocrisy of the response to the Capitol rioters.

As US Congress prepared to formally ratify the results of the November presidential election, a group of dozens of protestors loyal to outgoing Republican Donald Trump battered their way into the Capitol building, forcing evacuations and the deployment of the National Guard.

As they surged towards the House of Representatives chamber, one among the group was shot and killed by a Capitol Police officer tasked with guarding the members of Congress sheltering inside.

It was four hours before the authorities managed to put an end to the insurrection.

So, why has that led to calls for Trump's removal?

Some say he incited the siege or at least failed to condemn those involved.

Once it was safe for Congress to reconvene and the count confirming Democrat Joe Biden's win took place, the words of President Trump's rallying cries from earlier that day were ringing in lawmakers' ears.

Reiterating his baseless claims that 'voter fraud' cost him the election, Trump had told a crowd gathered near the White House, "We will never give up. We will never concede. It will never happen. You don’t concede when there’s theft involved. Our country has had enough. We will not take it anymore."

Some members of Congress argue this inflamed the mob who later stormed the Capitol, and that his later characterisation of the group as "very special" shows he is not fit for office.

What happened at the U.S. Capitol yesterday was an insurrection against the United States, incited by President Trump.

This president must not hold office one day longer.

"President Trump revealed that he is not mentally sound and is unable to process and accept the results of the 2020 election," the group wrote to Vice President Pence on Wednesday. "President Trump’s willingness to invite violence and social unrest to overturn the election results by force clearly meet this standard."

It’s with a heavy heart I am calling for the sake of our Democracy that the 25th Amendment be invoked. My statement: pic.twitter.com/yVyQrYcjuD

"The president not only abdicated his duty to protect the American people and the people's House, he invoked and inflamed passions that gave fuel to the insurrection we saw here," the Illinois rep said in a video posted to Twitter. "All indications are that the president has become unmoored, not just from his duty, or even his health, but from reality itself.

"It is for this reason that I call for the vice president and members of the cabinet to ensure that the next few weeks are safe for the American people, and that we have a sane captain of the ship."

As Schumer noted in his statement, "The quickest and most effective way — it can be done today — to remove this president from office would be for the vice president to immediately invoke the 25th amendment."

What is the 25th amendment?

The 25th Amendment to the US Constitution is a piece of legislation that establishes procedures for what happens when the president is unable to fulfil his or her responsibilities.

The part of the law in question, in this case, is Section 4. It states that the vice president and either a majority of the Cabinet or a review body appointed by Congress can declare that the president is 'unable to discharge the powers and duties of his office'.

Once they do so, the vice president immediately becomes acting president.

There is an opportunity for the sidelined president to challenge the ruling, which would trigger a vote in Congress. If two-thirds of both the House of Representatives and Senate vote in favour of the vice president assuming power, that's it — the president is out.

Has the 25th amendment ever been invoked?

Yes, but only for a matter of hours and only with the president's consent.

The first and second sections of the amendment were invoked to arrange the transfer of power after President Richard Nixon resigned in 1974.

And according to the Congressional Research Service, the third section — which relates to a president voluntarily and temporarily transferring power — has been applied three times. Once informally, when President Ronald Reagan underwent cancer surgery in 1985 and put Vice President George H. W. Bush in charge. And twice formally during President George W. Bush's terms when he was anaesthetised for routine colonoscopies.

But the fourth and final section, which covers a situation in which an incapacitated president is unwilling or unable to invoke section three, has never been used.

Could it happen for Trump?

If Vice President Pence were to agree to invoke the 25th Amendment, Trump would likely challenge it meaning Pence would require the backing of that two-thirds majority in both chambers to retain presidential powers. Given that a majority of Republicans supported Trump's calls to challenge the electoral results during Wednesday's formal count, it seems unlikely.

What would be on Pence's side, though, is time.

As a University of California legal expert explained to The Washington Post, once the amendment vote goes to Congress, they have 21 days to decide on it. All Congressional leaders would have to do is stall until Biden's inauguration on January 20, et voilà: President Trump is sidelined for the remainder of his term.

Of course, all this requires Pence to be willing. And while he was far more condemning of those involved in the Capitol siege and his relationship with Trump is incredibly strained, he's not yet given any indication that he plans to move against the president.

Is impeachment an option?

Yes. The alternative route for Trump's critics is impeachment, which would officially remove him from office rather than just transfer his powers.

While it's a much slower process and wouldn't be likely to happen before January 20, several Democrats are eager to begin, regardless.

Speaker Pelosi told reporters on Wednesday, "If the vice president and Cabinet do not act, the Congress may be prepared to move forward with impeachment."

I am drawing up Articles of Impeachment.

Donald J. Trump should be impeached by the House of Representatives & removed from office by the United States Senate.

We can’t allow him to remain in office, it’s a matter of preserving our Republic and we need to fulfill our oath.

Donald J. Trump should immediately be impeached by the House of Representatives & removed from office by the United States Senate as soon as Congress reconvenes.

This is dangerous & unacceptable.

As we know from the last failed attempt in which President Trump was acquitted of engaging Ukraine to smear a political rival, it takes a two-thirds vote of the Senate to impeach the president. And again, this would be unlikely.

But the impeachment process is the strongest possible condemnation available, and many would argue that alone makes it worthwhile trying.

james b 2 months ago

Reply
Upvote
1 upvotes
Yep, this is it, finally the big one. After multiple attempts over the last 4 years they're definitely going to be able to kick him out before his term officially ends. Interestingly everything is still all about Trump. Where's the President Elect been? We haven't heard much from him lately.
mamamia-user-482898552 2 months ago

Reply
Upvote
3 upvotes
@james b Not sure what news outlets you've been watching, but the President Elect has been very visible and active. Perhaps change channels or try a different website.
rachelrobertson1972 2 months ago

Reply
Upvote
I really don’t agree with the way things were handled but dam this is what it has come down to to get the truth out there and drain that God forsaken swamp. The whole thing was done on purpose to get into the White House and steal some very important laptops. The house fell right into the trap. I don’t believe in either side right now but frankly we as a nation need better people in the house seriously why can’t we have good honest people for the people. These corrupt sons of bitches need to retire, plan and simple. Just one more thing when toes are stepped on by whistleblowers shit hits the fan, that’s when our government will stop at nothing to hide truth. I’m not proud to be an American!!!!! Frankly we are a joke a real slap in the face to our veterans. Sorry I’m just passionate.
cat 2 months ago