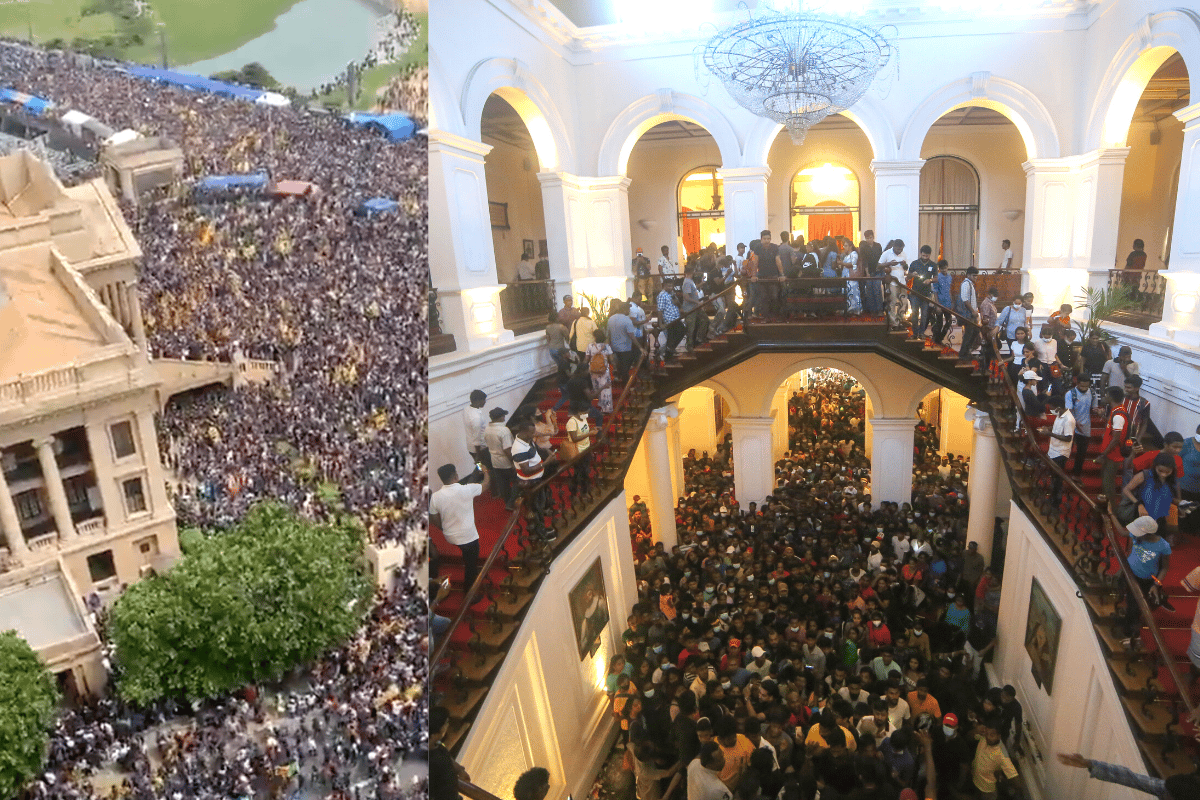 Sri Lanka is facing one of the worst economic crises the world has ever seen.

The stories coming out of Sri Lanka are quite confronting to read, with citizens struggling to access basic care, food and water. So here's a bit of context as to how this all happened.

Last year, Sri Lanka's government made the decision to ban chemical fertiliser across the farming industry, and turn to organic-only production and produce. Although many would see this as a positive step in the right direction - which, in theory, it was - it has played out disastrously.

Sri Lankan president Gotabaya Rajapaksa imposed a nationwide ban on the importation and use of synthetic fertilisers and pesticides and ordering the country's two million farmers to go organic immediately.

Economists say it was this decision to go 'cold turkey' without any transitional period that has caused devastation. Without the knowledge, the capacity, the technology or even the funds to go organic immediately, Sri Lankan farmers were left unable to produce crops or sell whatever crops they had.

Seven months after the decision, the government did end up lifting the ban on chemical fertilisers - but the damage had already been done. And this week, Sri Lanka's president and prime minister have stepped down amid nationwide demonstrations and calls for them to leave their positions of power.

Watch: Protests erupt in Sri Lanka amid the economic crisis. Post continues below.

According to foreignpolicy.com, the impact of the chemical fertiliser ban was overwhelming - the lack of domestic rice production, tea crops, rubber, coconut and other crops decimated the economy. The drop in tea production alone is estimated to have resulted in economic losses of approximately AU$573 million.

In terms of inflation rates, Sri Lanka is close to marking 54.6 per cent, according to Al Jazeera. In comparison, Australia's inflation rate is around 5.1 per cent - and we ourselves are facing a cost-of-living crisis, just on a much lower scale.

But it's the human cost seen in Sri Lanka which is far heavier.

The reality for Sri Lankans on the ground right now.

There are daily power outages across the country, a critical shortage of life-saving medicine, fuel prices are rising and basic food staples such as rice and milk are scarce. As noted by ABC News, newspaper stalls are empty because Sri Lanka doesn't have enough paper for printing and food sellers can't get the ingredients they need for their products.

Sri Lankan paediatricians are taking to social media to ask people from overseas to post them endotracheal tubes to ventilate newborn babies because they are running out amid the country’s economic crisis. So many grim requests like this emerging.

The Perinatal Society of Sri Lanka has even said they have reused and sterilised old equipment in a bid to save lives.

Even sadder is the fact that starvation, desperation and death have become increasing realities.

There has been multiple reports of Sri Lankan people dying while waiting in queues for hours on end for things such as fuel and medicine. Rani Chandra Pereira lost her husband, Rechard, while he was waiting for fuel.

She said: "He used to stay in queues for hours to get fuel every day because his livelihood was driving a rickshaw. He went to the petrol shed to pump petrol, he waited there for one hour in the hot sun and once he pumped petrol, he crossed the road and fell on the road. He was dead by the time he got to the hospital."

Another woman, Susila Irangani said to The Telegraph UK that finding food for her family is becoming more and more difficult each day.

"We used to have three meals a day but now we are having to skip dinner because of the little income that we have. This is all because of the increase in prices of essential goods," she said. "The cost of living is such that we cannot even think of having a balanced meal. How can a family like us survive with the soaring prices of essential items? Does the government want us to starve and die?"

As the United Nations warned in June, Sri Lanka is facing a dire humanitarian crisis, with millions already in need of aid. Even more sobering is the fact more than three-quarters of the population have reduced their food intake due to the country's severe food shortages. 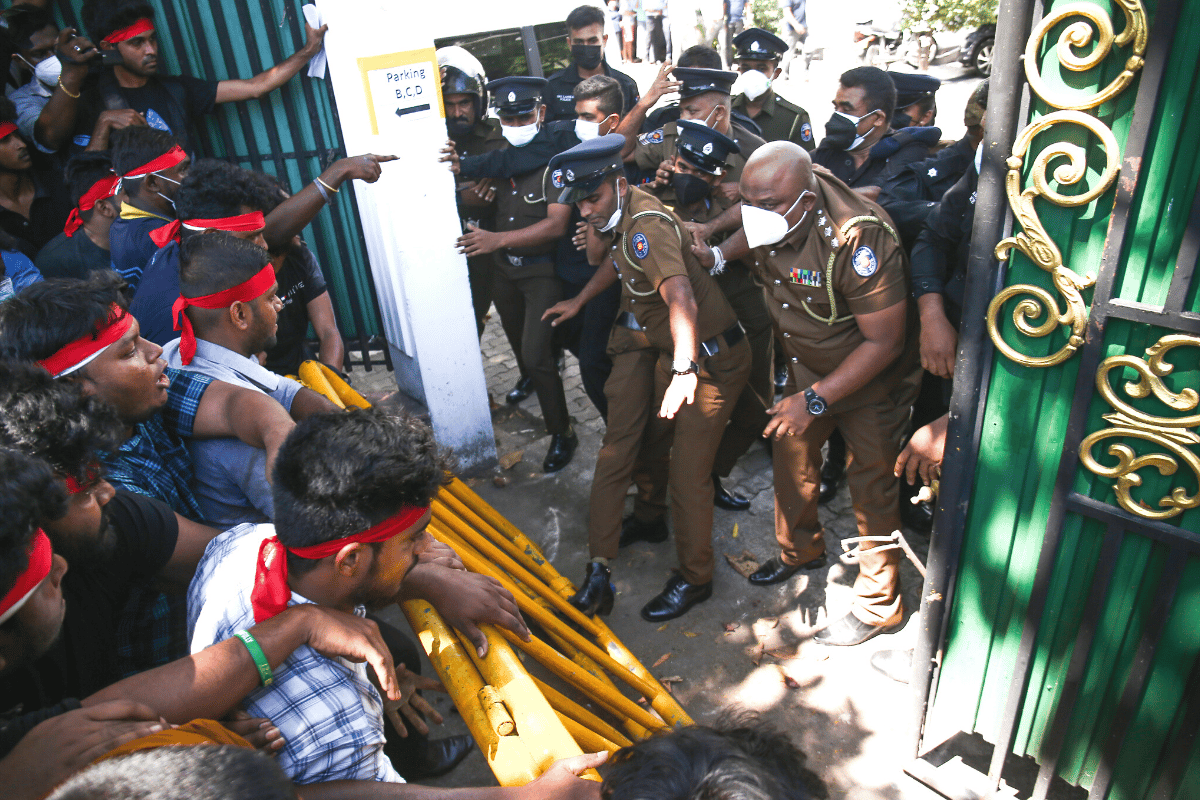 As a result, thousands have taken to the streets to protest against the government for months now - and in particular there has been a growing amount of pressure on the Rajapaksa family. You see, Sri Lanka - up until this week - has had a prime minister and a president both from the same family. The Rajapaksas have been present in Sri Lanka's politics for two decades.

In 2019, president Gotabaya Rajapaksa won the election, and his victory allowed him to appoint his brother Mahinda Rajapaksa as prime minister and hand key cabinet positions to other members of his family. And as many have noted, Sri Lanka's government reeks of nepotism, and now of dodgy dealings too.

In the capital city of Colombo, we have seen footage of people from all walks of life coming together and chanting 'madman Gota' and 'go home Gota', referencing the president's nickname.

Sri Lanka is going through its worst economic crisis since its independence in 1948.

People are struggling to pay for basic necessities and are facing nationwide power outages. pic.twitter.com/NYREqmgv27

Sri Lanka's healthcare system is on the brink of collapse and doctors say they may soon have to "decide who gets treatment and who will not," amid a severe economic crisis.

Protestors have been waving the Sri Lankan flag, holding up placards and posters and yelling messages like 'no more corrupted politicians' and 'save Sri Lanka from the Rajapaksa family'.

As one protestor explained to Al Jazeera: "This is a do-or-die moment. For the first time, people of all kinds of political and social beliefs are coming together, with non-negotiable demands for the president to resign and hand over power to people who are capable of getting us out of this socioeconomic crisis."

Sri Lanka's prime minister pleaded for "patience" in the wake of the initial protests.

He said in a televised address in April: "Even if we can't stop this crisis in two or three days, we will solve it as soon as possible. Every minute you protest on the streets, we lose an opportunity to earn dollars for the country. Please remember that the country needs your patience at this critical moment."

But little has been done to curb the fears and dire circumstances many citizens are experiencing.

In April, the government announced it has defaulted on its foreign debt of $51bn as a "last resort" after running out of foreign exchange to import desperately needed goods.

And as demonstrations grew, president Rajapaksa decided to sack everyone in his cabinet - apart from his brother, the prime minister. But it wasn't enough to quell public anger.

The overthrowing of the government.

By May, Mahinda Rajapaksa had resigned as prime minister of Sri Lanka. He was replaced by Ranil Wickremesinghe, a political veteran who had already served several terms as premier.

And this week, Sri Lanka's president Gotabaya Rajapaksa agreed to step down. The president's decision was announced after protesters vented their anger over the economic crisis by storming the presidential palace. The new prime minister Wickremesinghe later said he was also willing to resign "to make way for an all-party government". It comes after his residence was also stormed by protestors.

A number of ministers have since stepped down over the weekend too.

What a dramatic day in Sri Lanka!! Lesson for all leaders - power is transient, sooner or later the will of the people prevails. @WIONews pic.twitter.com/6k9MGVR1cd

Protesters enjoying Sri Lanka’s absconding President’s swimming pool! No dictator should remain in illusion that the power is for ever, and when the end comes, it is always violent and nasty. pic.twitter.com/T3ePbkA0gM

The announcements marked a major victory for the civilians protesting, who celebrated by singing in the streets and setting off fireworks.

"Walking inside his house felt really surreal, it was very overwhelming to see the extent of luxury that they enjoy while people were dying in [fuel] queues, starving having one meal every other day of plain rice and curry," one protester told the ABC. 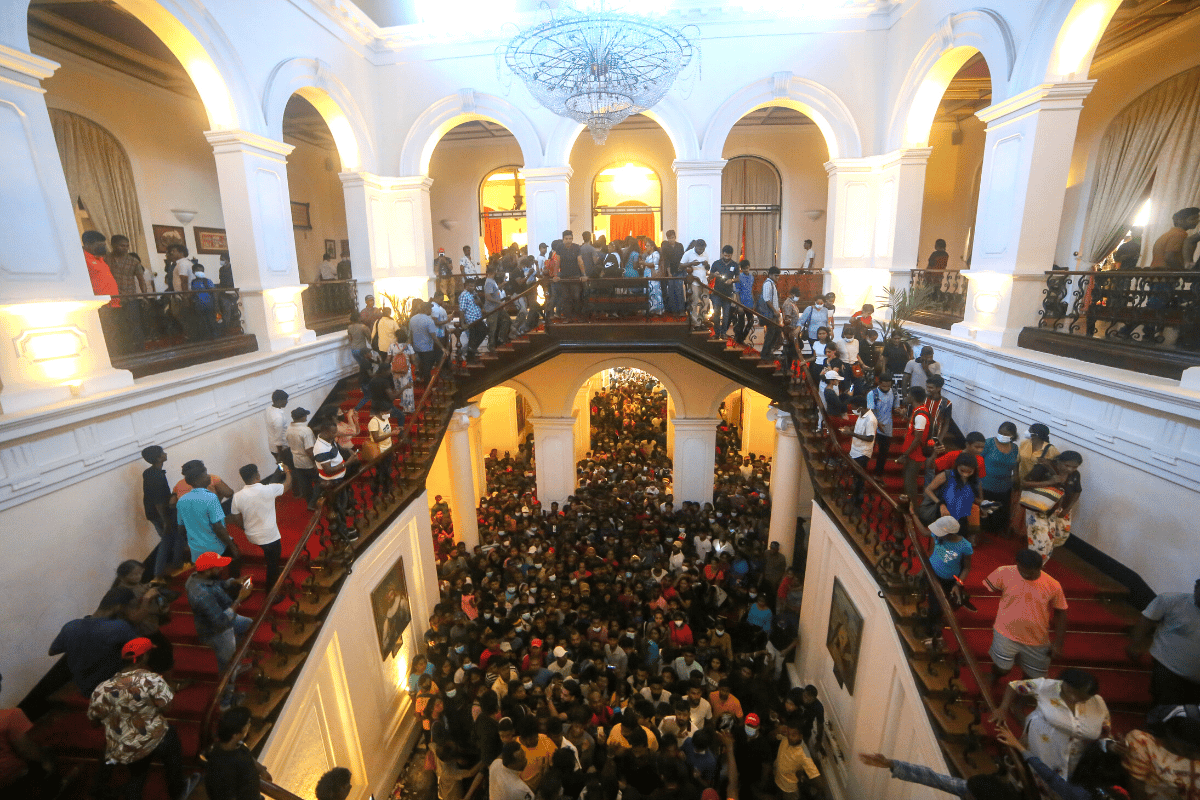 How can Australians help Sri Lanka?

You can donate to Care.org.au to help people who are experiencing poverty in Sri Lanka. The funds go towards providing people with education and training, healthcare, clean water, food and new ways to earn an income. And in times of crisis - like right now - the funds go towards delivering emergency relief.

You can donate directly to the Sri Lanka Red Cross Society. It is not a government agency and depends on donations to carry out its aid work - requiring much more financial support from donors during times of crisis.

Reply
Upvote
1 upvotes
Excellent article, very interesting. Just prior to the pandemic Sri Lanka was also enjoying a significant surge in tourism, which will also now struggle to recover.
R
rbk 4 months ago