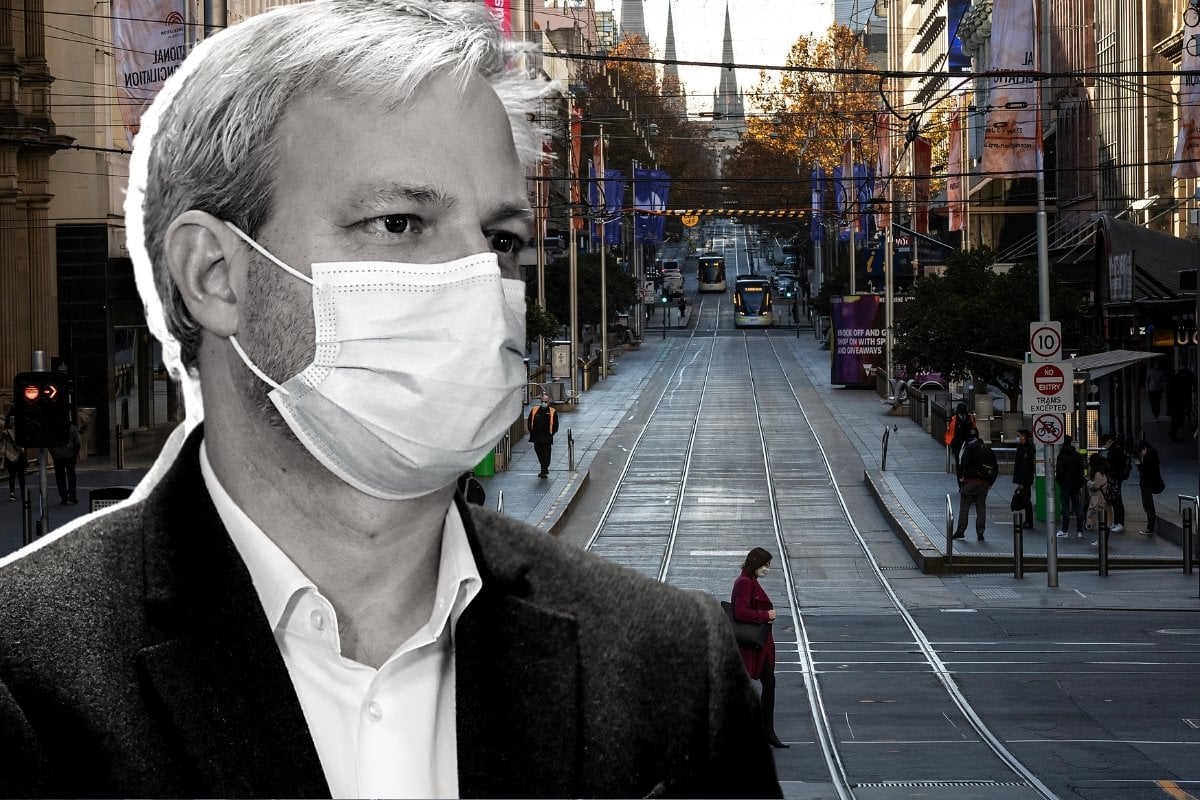 The state is already working to contain an outbreak of the "Kappa" version of the virus, which seeped out of hotel quarantine in Adelaide back in early May before being carried to north Melbourne. It is those cases that plunged the state into a circuit breaker lockdown, which was this week extended until June 10 for the Melbourne metro area.

But the diagnoses in west Melbourne are entirely distinct. And that has authorities on edge.

Not only is the Delta variant highly infectious (it's responsible for surging case numbers in India and the UK), it's also unclear how the Victorian family contracted it.

So far, 10 positive COVID-19 cases have been linked to this cluster, and more than 300 primary contacts have been identified. They are now being isolated and tested as a priority.

On Sunday, Victoria recorded four new local cases of COVID-19, including one linked to the West Melbourne outbreak.

Of the four new cases, one is a 79-year-old resident at the Arcare Maidstone aged care facility and another is an agency registered nurse. Both parties are said to be asymptomatic.

The other two cases include an employee of Stratton Finance in Port Melbourne and a teacher from the North Melbourne Primary school, which is linked to the cluster.

Both the teacher and finance worker were already isolating.

Let's take a look at the Delta variant and what we know about these mysterious new cases.

First, what is the 'Delta variant' exactly?

The Delta variant of COVID-19 is a version of the virus first detected in India in October 2020. It's now the dominant variant both there and in the United Kingdom.

Last week, the World Health Organisation designated new names for this and other variants of the virus using the Greek alphabet, from Alpha through to Kappa. The system is designed to minimise confusion and prevent stigma, but also reflects the fact that many of the variants have now spread well beyond the country in which they were first detected.

The Delta variant is also among four to have been declared "variants of concern" by the WHO, meaning they are either more transmissible, cause more severe illness or are more difficult to control with existing public health measures.

Is the Delta variant more infectious?

It seems to be, yes.

UK data has suggested that Delta is up to 50 per cent more infectious than the Alpha variant, which was previously the most dominant version in the UK. That makes it up to twice as infectious as the original Wuhan-originating version of COVID-19 that was responsible for Australia's second COVID-19 wave in 2020.

Dr Stuart Turville, Associate Professor in the Immunovirology and Pathogenesis Program at UNSW Sydney's Kirby Institute, explained that laboratory tests have shown that the Delta variant is also better at reproducing than its "genetic cousin", Kappa, which is at the centre of Melbourne's main cluster.

And therefore, we could expect to see more of it in the future.

"The numbers of Delta are increasing globally. Like what we have seen with Alpha in early 2021, it just means we will see more Delta cases in quarantine and that if there is a breach, it will be highly probable to be that variant," he said.

Still, he said, data from vaccinated populations in the UK is promising.

"Vaccination is the most powerful defence we have against this virus," Assoc Prof Turville said, "and this is a timely reminder that we need to move forward, not only in that space, but also recognise we still have low vaccination rates and thus we need to continue to protect ourselves with the measures we have used so well in 2020."

Has Australia had cases of the Delta variant before?

Yes. In May, a man from Sydney's eastern suburbs and his wife tested positive for the Delta variant. While his case was found to be genomically linked to a positive case in hotel quarantine, how the virus was transmitted between them remains unclear.

The couple visited several venues across Sydney while potentially infectious, though no community transmission of the virus was detected.

Still, Fairfax Media has reported that investigations — including genomic sequencing — have so far not identified a link between that case (or any previous NSW cases) and those of the west Melbourne family. Though, investigations are ongoing.

So where did the Melbourne family contract the Delta strain?

In short, no one knows. Yet. But contact tracers are working hard to find answers.

Speaking at a press conference on Friday, Victoria’s Chief Health Officer Professor Brett Sutton noted that the family travelled to NSW before developing symptoms, so the possibility that they contracted the virus interstate is not being ruled out.

They visited Jervis Bay, Goulburn, Hyams Beach and Vincentia on May 23 and 24, and the man displayed some symptoms a day later when back in Melbourne.

"[We are] trying to trace back where this variant has been picked up. We’re working with our New South Wales, ACT and Commonwealth counterparts in that regard," Prof Sutton said.

"We will look at all other sequences, re-sequenced to the fullest extent possible across Australia to see if there are any potential linkages to known cases and that includes those who have come through formal quarantine but also anyone else, maritime, airline, diplomatic."

NSW Health reported on Saturday that it has so far identified 171 people as close contacts of the Victorian family. "All of these people are self-isolating and none have tested positive to date," it said.

NSW Health has urged anyone with even mild cold-like symptoms to come forward for testing.

For information on public health alerts in Victoria, including potential exposure sites, visit the Department of Health and Human Services website.

For those in NSW, visit the NSW Health website.

Reply
Upvote
3 upvotes
Got my first jab today, I've never been so pleased to get a needle in my life! The vaccination centre was fairly busy too, which is good to see.
C
cat a year ago

Reply
Upvote
3 upvotes
@guest2 Renaming variants to avoid racism and discrimination is a simple thing to do with a positive impact, it's exactly the sort of thing the WHO should be doing.
And they did a whole investigation into the origins, led by international experts. Covid 19 is going to be one of the hundreds of viruses we don't know the origin of, deal with it.
M
mamamia-user-482898552 a year ago