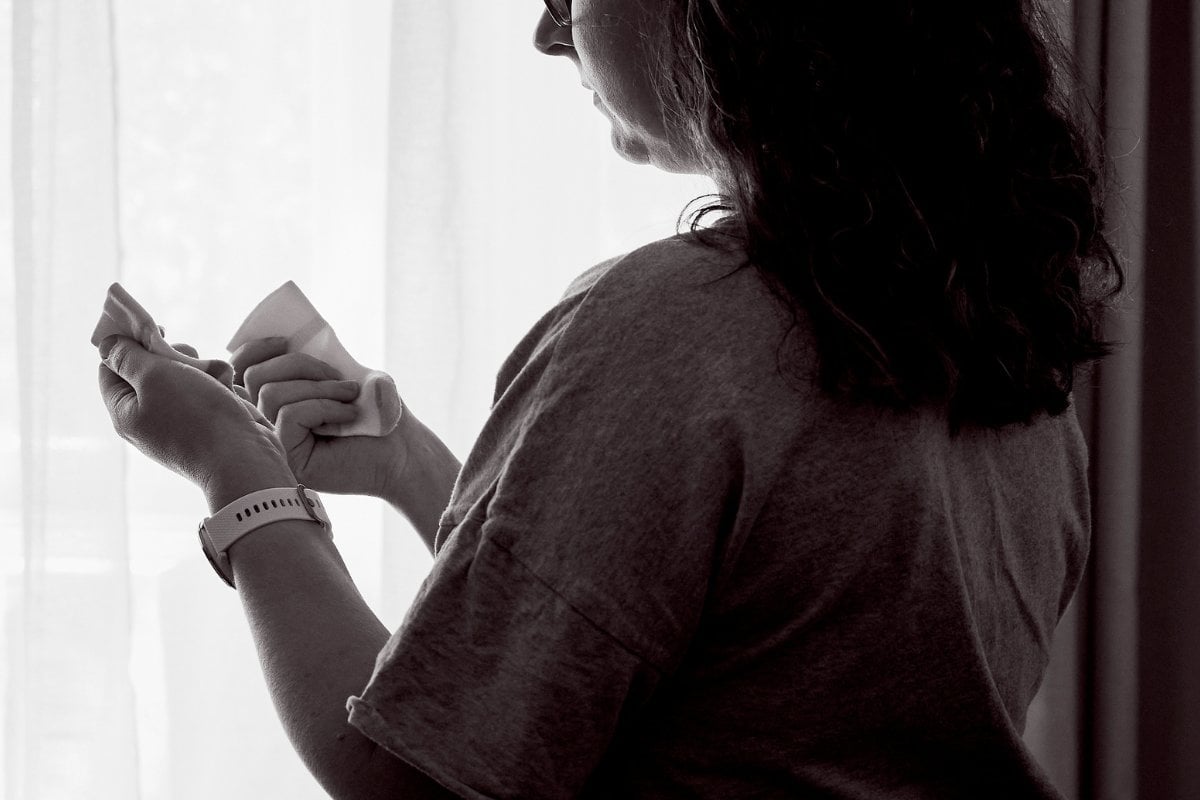 "The truth is the birth didn't go to plan. It was supposed to be a special time. When they handed me my baby, I felt numb and detached."

For Melbourne mum, Melissa, pregnancy was a dream. "It was the easiest pregnancy ever," she says, "I loved being pregnant." And, after developing a bond with her midwife and going through all her options, Melissa felt prepared for birth.

But nothing went according to plan.

"My midwife was on-call five days a week and told me not to go into labour on these two days because they were her days off," Melissa explains. "Of course, I went into labour on those days."

Melissa's labour began with back cramps when she woke up at around 7am. "I didn't really expect that," she says, adding that it took her a few hours to realise the cramps were following a pattern. But the pain soon escalated to the point that she couldn't get up off the floor. "I couldn't get off my hands and knees."

When she phoned the on call midwife, Melissa was dismissed by the midwife. "She said, 'You're not in labour sweetheart. Call me back in a few hours.'" But by 8pm that night, Melissa couldn't move. "My husband called her back and said, 'We're coming to hospital.' She said, 'You can come in but we’re probably not going to do anything.'"

After waiting for 30 minutes on her hands and knees before even being seen by staff, Melissa was told she was only about 2.5cm dilated. "[The midwife] said, 'Go home and come back in a couple of hours.' It was then and there that I thought maybe I'm not built for this. I can't do this. They said, 'What do you want us to do for you?' My husband said, 'We're here because she can't manage the pain anymore." A different midwife then discovered the baby was posterior and agreed to admit me and give me some panadol.

Melissa recalls being made to feel that helping her manage the pain was "a big deal".

While Melissa had been hoping for a water birth, she was told she wouldn't be able to unless she could stand. But, after being offered water injections, which a midwife reassured her would help with the back pain for her posterior baby, she was then told this ruled out a water birth because they had to keep the area dry.

"They didn't tell me that," Melissa says. "It sort of spiralled from there, I guess."

"I wasn't being listened to or consulted. After asking for an epidural three times, a new midwife took over my care and organised the epidural straight away." Melissa says she was able to sleep for a while before being told it was time to push. "They told me you're a first-time mum, you’re little, it might take a lot of time to push, but we’ll let you push for about two hours."

But when she reached the two-hour mark, everything changed. "I turned to the midwife, and I said, 'I feel like I'm about to die. Something's not right.' All of these machines started beeping. My blood pressure had gone up and my baby was still posterior and her heart rate was going down."

A post shared by Centre Of Perinatal Excellence (@cope.org.au)

By the time an obstetrician was called it was too late to go to theatre. "The obstetrician said your blood pressure is extremely high and the baby's heart rate is very low, and if we don't get this baby out now you could both die."

After her daughter was born with help from a large episiotomy, Melissa said the room started spinning. Once again, she felt as though she was dying.

"I just sort of woke up, and I had this thing on my chest which was the baby. I was told that when your baby is put on your chest, you will have this overwhelming feeling of love and protection. You can't describe it. As soon as it happens to you, you'll know. But it didn't happen to me. I felt like it was not my baby, and she was on my chest and she didn't feel like mine. She sort of felt like an alien to me for a really long time. I felt like I had this thing that made a lot of noise and I didn't really feel anything for her. And the more people said to me isn't this great? Isn't she beautiful? Isn't it so lovely? The more I sort of pretended that it was. Because that's what I thought I should be doing. And I pretended for a really long time."

Melissa explains feeling cheated. "I said I wanted to go in the water but was given the injections and then I wasn't allowed [in the water]. I felt a bit cheated, like the opportunity had been taken away from me. I felt cheated of the labour that I had wanted and hoped for."

It took Melissa three-and-a-half years before she received help for the ongoing impacts of birth trauma as well as PTSD. Melissa is a paramedic and her employer, Ambulance Victoria, had implemented a mental health support program, so she was able to access support immediately once she spoke up. She's sharing her story as part of COPE's The Truth campaign to urge others not to wait as long.

"It's so normal," she says. "But we're just not talking about it. So, everyone thinks they're alone. We all think it's just us. There are so many people who feel this way. But we're all too frightened to speak about it. Someone that you know has experienced the same thing as what you're experiencing. And there are people out there who want to help you. It gets better but you have to say something.

"It's okay to have a traumatic birth. If you say it's traumatic, then it's traumatic. It doesn't have to be anyone else's definition. If you don't feel that bond with your baby, that's okay too. You're not broken. It's okay to be feeling those things. But if you start having more bad feelings and bad thoughts than good feelings, then it's probably time that you mention it to someone. No one is going to judge you. It doesn't mean that you're a bad mother. It just means you need some help." 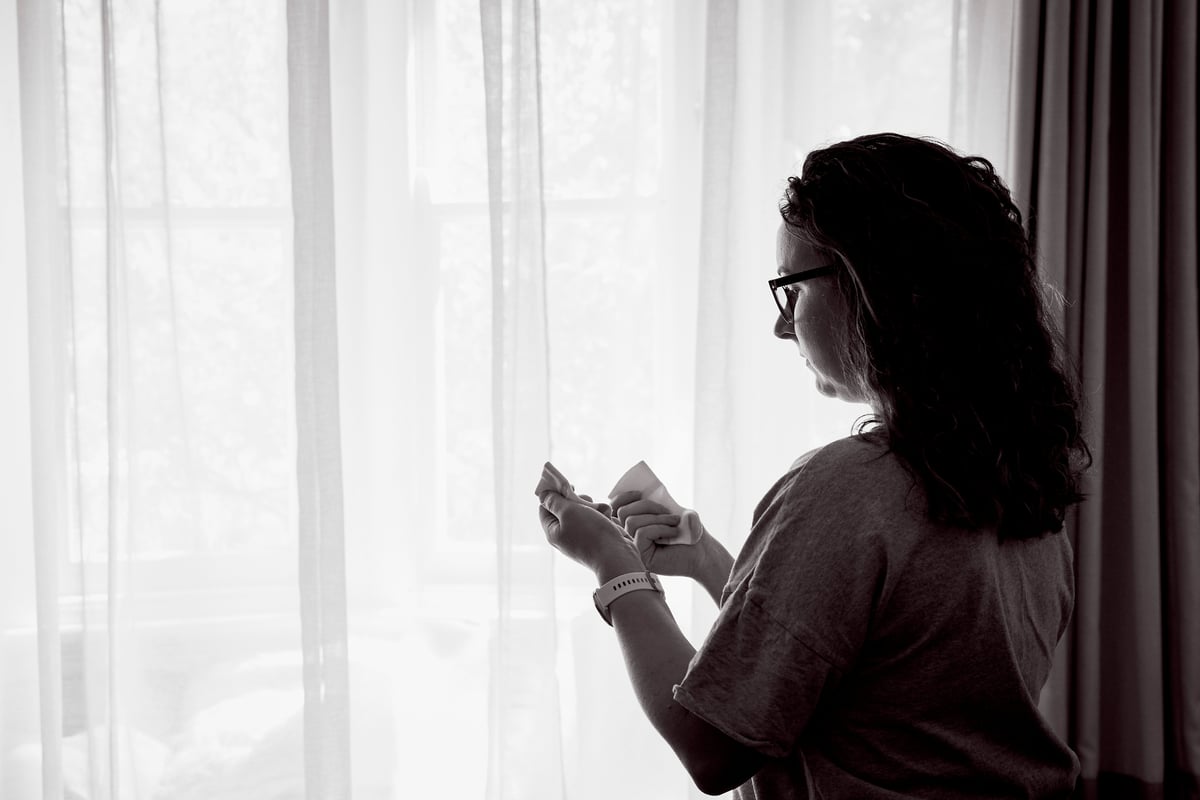 The facts about birth trauma.

Unfortunately, childbirth doesn't always go as we may have hoped for, or expected. When things don't go to plan at the birth, this leaves many parents feeling depleted, disappointed and in need of support.

Trauma can occur when things don't go to plan at birth, but can also occur without such an eventful birth too. New parents often are left feeling vulnerable, out of control, or feeling that their needs were not met, and support received was inadequate. This may have been at the time of the birth itself, or relate to the care received around the time of the birth.

These feelings may continue on, and become more intense. They may also be compounded by additional feelings of shock, frustration, disappointment and/or grief. Other experiences can include numbness, anxiety, anger, guilt, disappointment or resentment. It may be difficult to talk about the birth and reliving the memory can be painful. Some parents describe feeling very emotional, alone or isolated, and often find it difficult to bond with their babies.

A traumatic birth experience can greatly affect either partner, depending on their individual reactions to the traumatic birth. Both parents deserve support and help from extended family and friends.

We all cope with situations differently and there is no wrong or right way to go about recovering from a traumatic birth experience, but there are some strategies that may be helpful to assist you to recover at this time.

The Centre of Perinatal Excellence (COPE) is devoted to empowering hopeful, expectant and new parents with information at each stage of their journey to parenthood.

COPE’s #thetruth campaign series has been created to raise awareness of the hidden struggles faced by thousands of people on their path to parenthood – yet often not spoken about.

More information about birth trauma, PTSD, and where to find support and treatment is available on the COPE website. You can also find help and support for birth trauma on the e-COPE Directory.