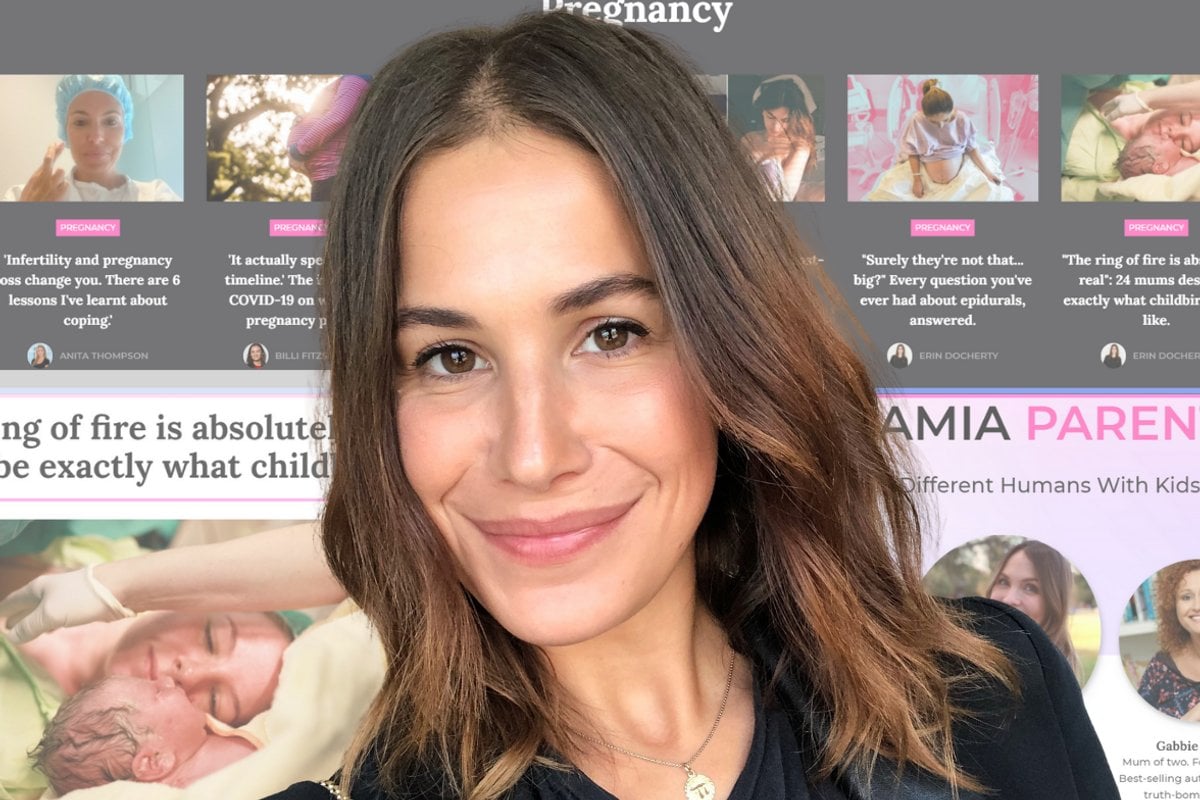 When I was offered the role of parenting editor at Mamamia, my first question was, "Are you ok with the fact that I'm not a... mum?"

My job was to commission parenting stories, giving a voice to as many parents as possible (you can send yours in by emailing [email protected]).

I had years of experience commissioning articles, but would it be a challenge to sift through hundreds of submissions a week about parenting when I myself didn't have a baby? I'd only ever held one, and I thought a Snoo was a type of Swedish scarf.

Now it's been almost two years, and I've had a veritable crash course in what it takes to be a parent. I've read your opinions, chatted to hundreds of mums and know more intimate details about childbirth than anyone, save for maybe a midwife, should know.

I still don't know what it is to have a child, but here are nine observations I've made about parenthood - from the outside.

Before I get into it, here's some of the Mamamia team's pressing questions about childbirth, answered by mums.

1. There's a lot of stuff you don't need. You're still going to get the stuff.

Everyone says babies don't come with a manual and while that's anecdotally true, I seem to receive a heck of a lot of books and resources moonlighting as baby manuals. Anyway, what they DO come with is instructions to buy stuff. So much stuff. Bouncing seats and rockers and wraps and white noise machines and burping cloths and zipsuits and breast pumps and quaint wooden toys.

Every mum will tell you that most of it, you don't need. But that doesn't mean that as a first time mum, you won't buy it. Thank god for Facebook Marketplace, amirite? If it's going to sit in the spare room that used to be an office, it may as well be second hand.

2. No one is ever really ready. Really.

While parenting seems like a terrible endeavour to jump into ill-prepared, you can also be over-prepared. I've observed that there's a healthy threshold of mildly-terrified-yet-accepting that most of my parent friends seemed to teeter on before their babies arrived and blew up changed their worlds as they knew them.

I get sent a lot of submissions from mums. Almost all of them speak to the universal but not as well publicised aspects of being a parent - the hard stuff. The crushing fatigue, the unfair ratio of the mental load, loss of identity, loss of career, loss of ownership over your body/personal space - and still, somehow, none of the stories are the same. It blows my mind.

If there's one thing they all have in common, though, it's the but.

The but is the bit at the end of the story where the rainbow comes out. It's the little disclaimer that says even though this child broke my body and my life, they also healed me. They made me better. They gave me purpose. They're worth it.

The but is what makes me actually want to have a child, when I spend my days reading about the hardships of doing so. I always hang out for the but.

Listen: On This Glorious Mess, we chat to Dr Jodi Richardson about how to manage the anxiety that sometimes comes with parenting.

I've read stories of grief and loss that have brought me to tears at my desk. I've typed and deleted replies, such is the magnitude of their pain that my words seem barely enough to share space with it.

Not everyone gets the family they hope for. We need to speak openly of fertility struggles and of that heart-shattering loss one in four women endure, and invite more conversation around it, because it normalises something that's still so irrationally shrouded in stigma.

5. Someone else will always have the baby name.

Please don't take offence if you've ever named a baby, but when I read your parenting submissions you do often share their names. And if those submissions are a snapshot of what we're calling our kids, there are going to be a lot if Islas and Rivers starting school in 2025. Just like there were Harpers and Willows and Olivers before them. And that's fine. Because the trap of trying to be too original is silly; after all, we're talking about someone's name - not a detail in an Instagram bio.

6. A dog will help you prepare for a baby, but don't tell new parents your dog is like their baby.

People don't..like when you tell them you kinda know what parenting is like because you raised a dog. Even though your dog wakes you several times throughout the night, and you have to feed it and play with it and in some instances dress it, you don't need to pump breastmilk for your dog so it's not the same, ok? Ok. 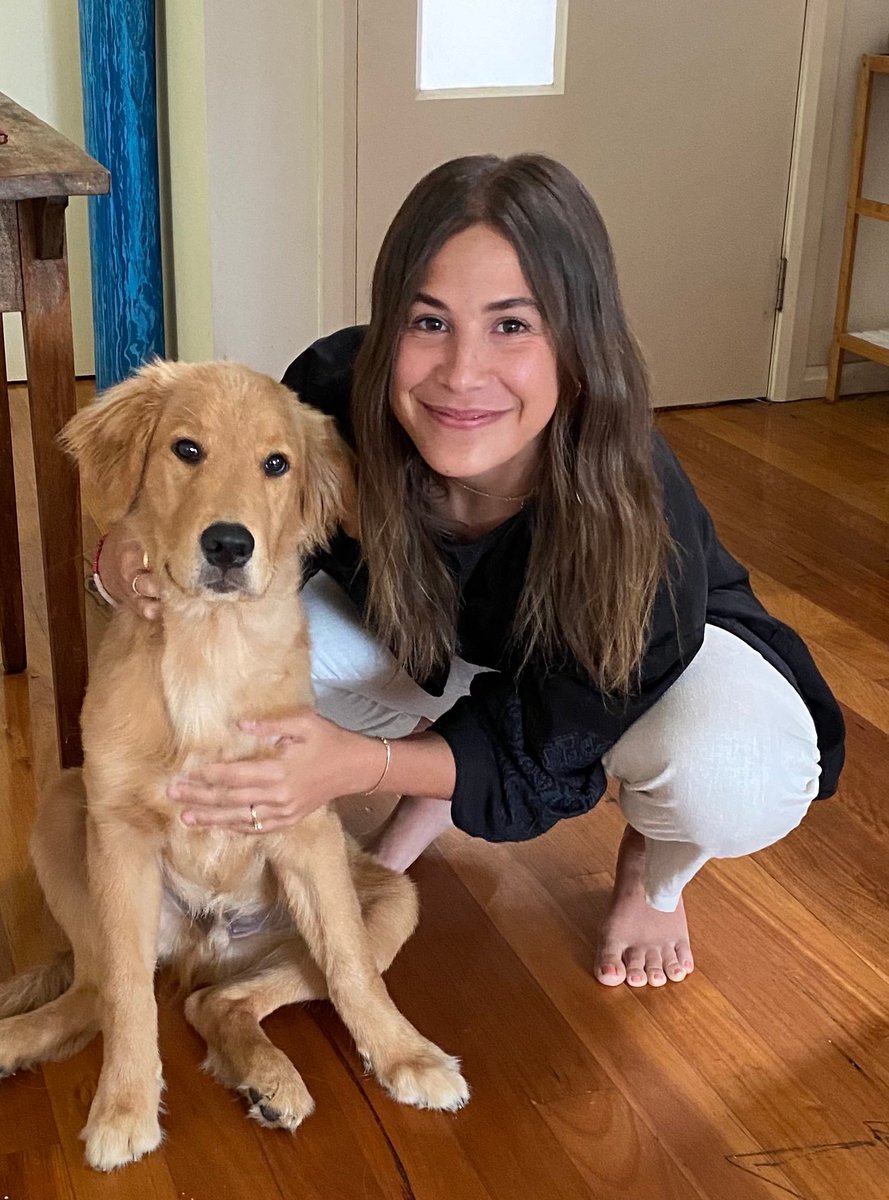 Not the same as a baby. Noted. Image: Supplied.

Instagram cops a lot of shit for showing women unattainable versions of motherhood projected by influencers with full-time nannies and glam squads, but you know what else it does? Provides an outlet and a method of connection for mums. Not so bad.

I know more mums my age that froth Instagram than ones who deplore it, and that's because never before in time have we had a united resource that exists to serve you information, inspiration and a community of supporters as well as like-minded strangers that are ALSO MUMS AND KNOW THE BUSINESS YOU'RE DEALING WITH. There's your village. I'm not even a parent yet and I don't think I could parent without Instagram. Is that bad to say? Cause I said it.

8. One day they'll be grown-up people, and the responsibility of that is severely underrated.

The crazy thing about having a baby is that for a little while you have a baby, and then you have a human you raised. Mothers, childcare educators, teachers - I don't understand why they're not on the same level as, oh I don't know, lawyers and executives? How do we repeatedly underestimate these roles when they're literally the ones making the people into people? Parenting needs a better marketing team.

I used to roll my eyes when people referred to mums as 'warrior women' but from all accounts (of which I've heard and published many) giving birth is some goddess-level, yoni-worshipping sh*t. Deify that new mother, look what she did! It's guttural. Primal. Brave. Splendid. Awful. Magical. Earth-upending. If and when I ever deliver a baby out of my body I'm going to call myself a god damn goddess on a mountaintop and no one can stop me.

What have I missed? What have I got horribly wrong? Let me know in the comments below!