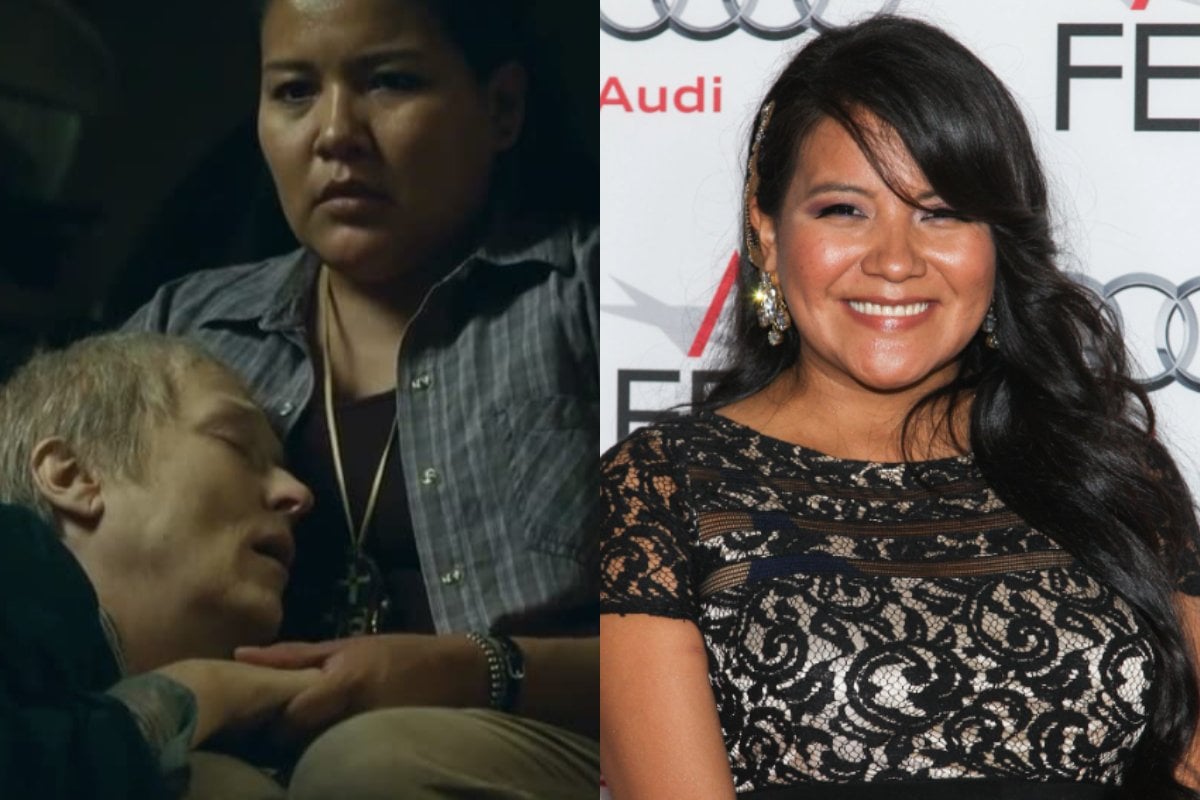 Content warning: This story includes descriptions of sexual assault and mentions suicide and self harm. It may be distressing to some readers.

Misty Upham always believed she had a "big purpose in life".

"My parents were told by more than one spiritual leader that I had a bright light around me," the Native American actress said in an interview with Figure/Ground in June 2014.

"My parents told me from birth my life would be hard but it was to make me strong. A bigger purpose is what gave me the strength to keep living. I will win an Oscar."

By then, Upham had already starred in two Oscar-nominated movies, alongside the likes of Meryl Streep and Julia Roberts. Tragically, just four months later, she died after falling 50 metres into a ravine.

Watch: Charles Upham, Misty's father, said that her death was an accident and not a suicide. Story continues after video.

Upham was born on the Blackfeet reservation in Montana, but her family moved when her father Charles won a music scholarship to university. Sexually abused as a young child by someone close to the family, Upham says she began suffering depression and anxiety from the age of eight.

"We were poor, so a doctor was out of the question," she wrote in her journal. "I didn't even know how to express the depression I felt. I just knew that I wanted to die and felt so alone even when surrounded by family. So I lost myself in books and music."

The family moved back to the reservation when Upham was 12, and she found herself victimised by other girls. When she was 13, she was gang-raped, an experience she wrote about in her blog, The Struggles And Triumphs Of A Blackfeet Native With A Dream.

"The fear of having someone hold you down, the cheering and the laughter. All these noises won’t leave my mind. I keep hearing it, like a ghostly voice."

After becoming friends with a girl called Alicia, an aspiring actress whose father was a bodyguard for New Kids on the Block, Upham decided she wanted to be an actress too. She convinced her father to take her to Seattle so she could go to acting workshops. The teacher saw "something special" in her.

"I stopped being suicidal, and I found something to live for," she told the Montana Pioneer.

Her big break came in 2008, in the movie Frozen River, opposite Melissa Leo. Roles in Big Love and Django Unchained followed, and then, in 2013, August: Osage County, the movie where her co-stars included Meryl Streep, Julia Roberts and Juliette Lewis. She played Johnna, a housekeeper, drawing on her own real-life experience cleaning houses, where the first thing she learnt was "how to go unnoticed". 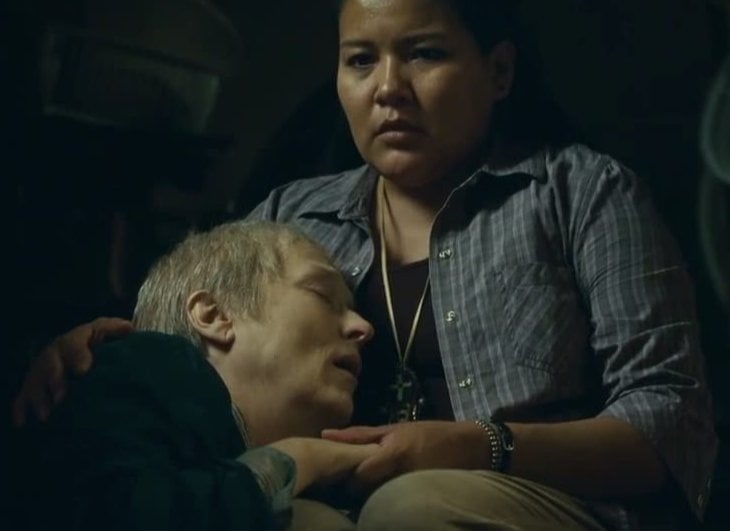 Other Native Americans connected to the role, saying Johnna reminded them of their relatives.

"I get 'Johnna is like my aunt' a lot. People are also happy to see a Native character who isn't a drunk, isn't poor, whining and not angry."

Despite the success she was having, Upham was struggling with her mental health. She had been diagnosed with bipolar as well as anxiety. She was on medication, but still suffered panic attacks, sometimes on movie sets or red carpets. Sometimes, she would cut herself.

Upham moved to Auburn, Washington to care for her father after he had a stroke. But she had problems getting the medication she'd been taking for her mental health issues. Her father told The Guardian she started self-medicating with alcohol.

"She was not an alcoholic," he said. "She substituted alcohol for her meds, although that was a recipe for disaster."

In early 2014, Upham announced she was pregnant and would call her baby Leaf. Friends say she quit drinking. Sadly, before long, she revealed on Facebook that she was having a miscarriage.

Her mental health deteriorated. Over a period of a couple of months, her parents called the police for help four times – including when she was trying to jump out of a window – and she was involuntarily committed. On one occasion, when she was in the back of a police car, her family allege police began to "taunt and tease her".

"She was crying and telling them to stop, that they couldn’t treat her like this," her father told The Guardian. "And an officer said, 'Well, if you're a movie star, why don't you call up George Clooney?'"

The Auburn police say they responded to all the Upham family's calls "professionally and with compassion".

On October 5, Upham's parents called the police again. She was incoherent and having delusions.

"She heard mom on the phone, and she said, 'I'm not going to get locked away again!’" her father told Seattle Weekly.

Upham ran off, and soon afterwards, the police turned up. They wanted to search the apartment and ask her parents' questions rather than go after her.

Upham's father started looking for her, walking along the edge of a wooded ravine near the apartment, calling out her name. The following day he reported her missing. The police assigned a detective to the case but didn't carry out a search. Tracy Rector, a friend of the Uphams, told The Washington Post that the family were "furious" about that.

"Unfortunately, it feels like 1950s racism in many ways," Rector said. "The family is concerned that Misty was considered just another Native person and treated as such. Even that is unacceptable. Native lives matter."

Upham's father asked his cousin to organise a search party. On October 16, two of Upham's friends decided to look in the ravine, near where her father had walked. Looking down, they saw her purse, and, after climbing down, found her body.

Her former co-stars took to social media, to express their sadness. Juliette Lewis, in a series of tweets, said she prayed the police would do a murder investigation.

"I can't sleep," Lewis wrote. "Too much darkness. I feel so sad about Misty. I know she has more to say. And about how she died."

Upham's death was ruled to be due to blunt force trauma to her head and torso. The injuries were consistent with a fall into the ravine, but the medical examiner said it could not be determined whether it was an accident, suicide or foul play.

"At this point we do not have any evidence or information to believe there is foul play," police told E! News.

Upham's family believe she "slipped and fell to her death trying [to] avoid the police."

In the months before she died, Upham was working on establishing her own charity, Indigo Children Troupe, to give acting opportunities to children, especially those living on reservations. Although her death brought that dream to an end, she's still an inspiration.

"Her legacy is huge for Native young people interested in being in film," Fern Renville, the managing director of Native theatre group Red Eagle Soaring, told The Guardian. "It's a door that she opened. It seems possible to them: 'Misty did it. We can do it.'"

If you find yourself needing to talk to someone after reading this story, please call Lifeline on 13 11 14