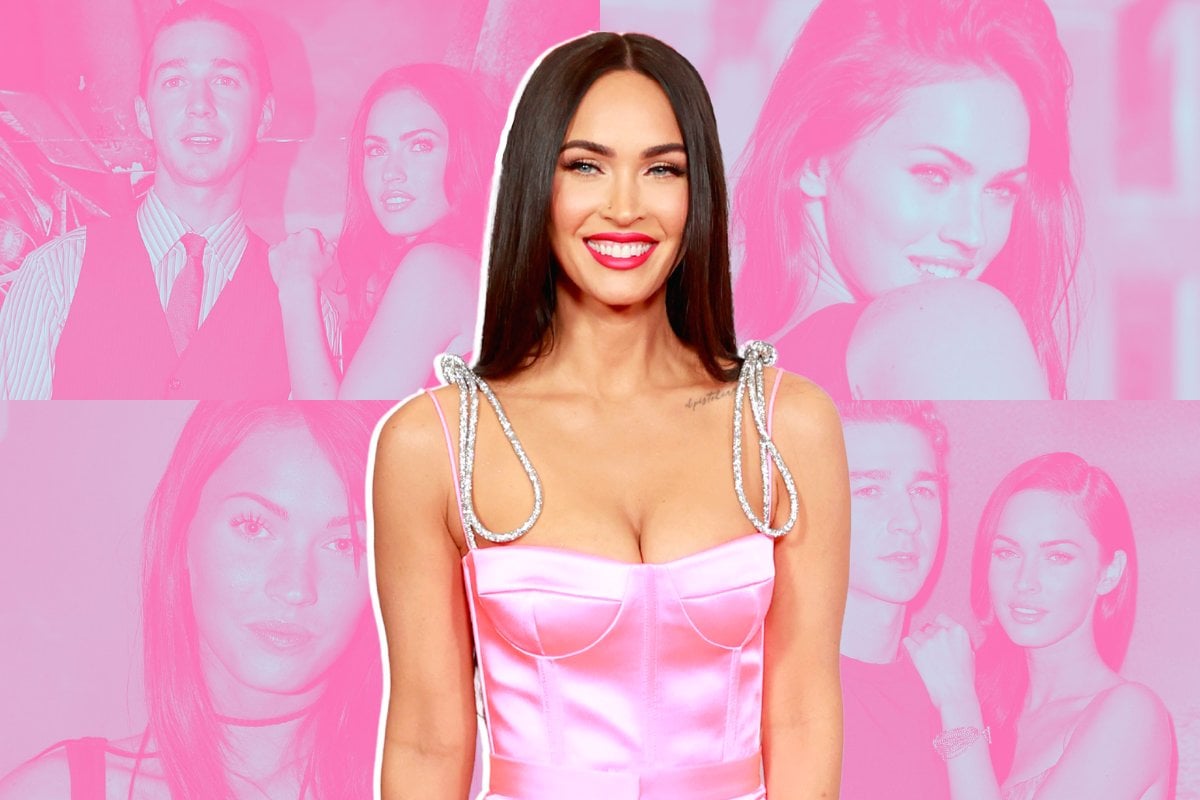 There was a time where Megan Fox's face was everywhere.

She was in movies, on television, gracing magazine covers and an ever-present name on those cringe-worthy 'sexiest woman alive' polls.

Her job was to act, but no one paid much attention to that.

Watch: Megan Fox explains being 15 and sexualised in Hollywood. Post continues below video.

Fox was a young woman in Hollywood during the same period of Britney Spears, Paris Hilton, Lindsay Lohan and Mischa Barton. These four (and others) are the names most often cited when we reflect on the sexist, voyeuristic media landscape of the time, but Fox experienced it all too and it informed the last 10 years of her life.

Fox, now 35, faced a barrage of inappropriate press, headlines and interviews fixated on her body and sexuality.

She was vocal about her distaste for it all. Not that it mattered.

During that period, she was very publicly not hired for the third movie in the Transformers franchise, after she called director Michael Bay "Napoleon" and made an inappropriate comparison to Hitler in a 2009 interview.

"He wants to be like Hitler on his sets, and he is," she told Wonderland magazine. "So he's a nightmare to work for but when you get him away from set, and he's not in director mode, I kind of really enjoy his personality because he's so awkward, so hopelessly awkward."

Later in the interview she added Bay would give her directions to "be hot".

It was retaliation against a woman who had, for a long time, been speaking up about the sexism she faced. 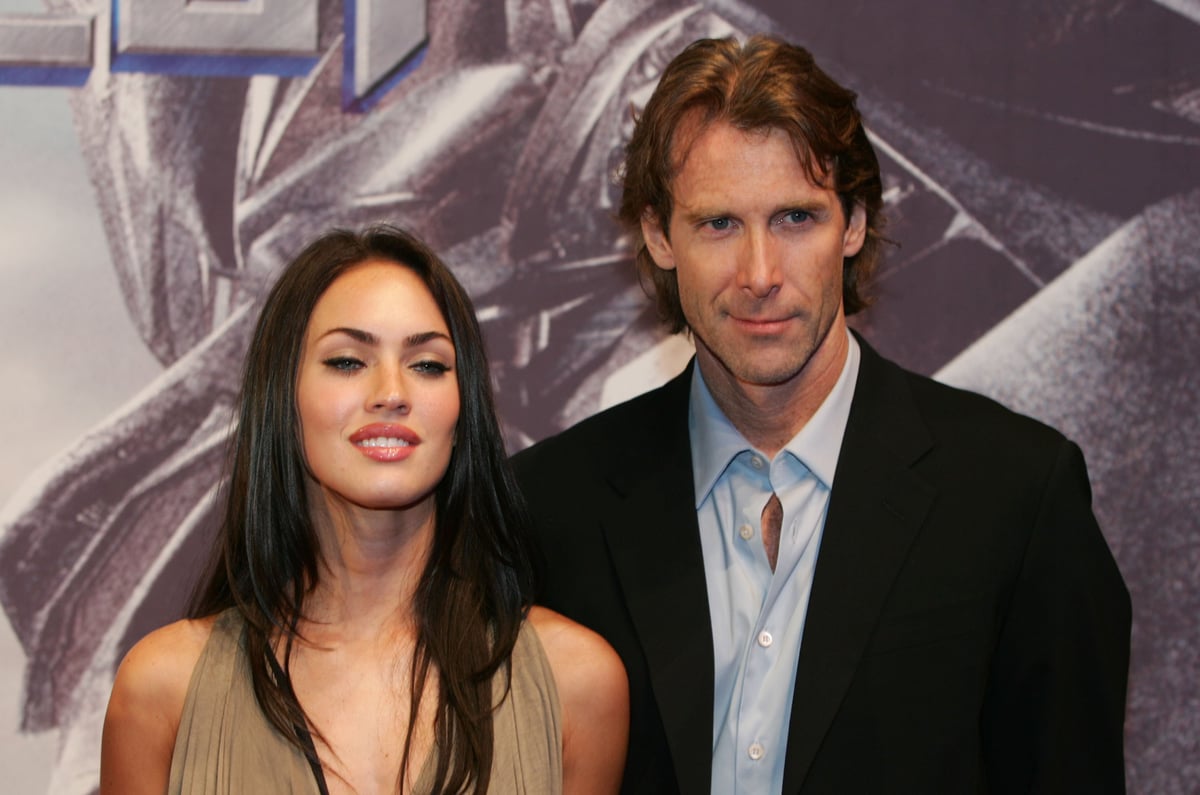 She had months earlier recounted appearing as an extra in Bad Boys II when she was 15 during an interview with Jimmy Kimmel.

"They were shooting this club scene, and they brought me in, and I was wearing a stars-and-stripes bikini and a red cowboy hat and, like, six-inch heels," she said.

"[Bay] approved it, and they said, you know, 'Michael, she's 15 so you can't sit her at the bar, and she can't have a drink in her hand.' So his solution to that problem was to then have me dancing underneath a waterfall getting soaking wet. At 15, I was in 10th grade. So, that's sort of a microcosm of how Bay's mind works."

The audience laughed, and Kimmel responded: "Well, that's really a microcosm of how all our minds work".

Fox had tried to shine a light on the treatment she - and other young women in the industry - faced, but instead of being listened to, she was laughed at or ridiculed.

"I had to armour up so much inside myself and I had to be so tough to have to process this really crazy-heavy price for what I thought was doing the right thing," she said in a July 2021 interview for InStyle.

"I had to adopt a belief system that only I was going to take care of myself and be there for myself because I was constantly going to be outcast or rejected."

In the years between then and now, she married 90210 star Brian Austin Green, had three children - Noah, 8, Bodhi, 7, and Journey, 4 - and maintained a pretty low profile career, with just a smattering of roles across a decade.

In May, Green announced he and Fox had separated and in November, she officially filed for divorce. At the same time, she began a career resurgence by taking on six roles since 2020.

She went public with her relationship with musician and actor Machine Gun Kelly, real name Colson Baker, in June that same year.

This all happened to take place at the same time we began to re-examine the treatment of celebrities during the previous decade, and as a result Fox said she felt "a little bit like being a phoenix, like being resurrected from the ashes".

"I was brought out and stoned and murdered at one point," she told InStyle in reference to the last decade of her career.

"And then suddenly everybody's like, 'Wait a second. We shouldn't have done that. Let's bring her back.'"

She herself had a moment of realisation while filming film Rogue in South Africa. She watched herself in Jonah Hex, a 2010 superhero western that was universally panned by critics.

"I had never even watched it because the other actors told me not to. I mean, I got crucified for that movie, just brutalised in the reviews," she recalled.

But she felt brave, and so she watched it. And it wasn't as bad as she'd been led to believe, which she realised was down to the fact that it was a product of a society that desperately wanted her to fail.

"I had this incredible breakthrough, and I realised I had been living in a self-imposed prison for so long because I let other people tell me who I was or what I wasn't. I hid because I was hurt," she said.

Fox is still dealing with sexist double-standards and speaking out about them.

She told InStyle people will ask her where her children are when she is on a red carpet or out with Baker.

"Do you ask their dad when he's out?" she asked.

"No, because you don't expect a dad to be with the kids all the time, but I'm supposed to not be seen and be at home with my kids. They have another parent. I have to leave and sometimes I don't want them photographed and they don't come with me. This whole year I've been very surprised by how archaic some of the mindsets still are in some people."

And then there's the criticism that comes from her high-profile relationship with Baker, who is four years younger than her.

"You want to talk about patriarchy? The fact that he's four years younger than me, and people want to act like I'm dating a younger man. He's 31, and I'm 35... No one would blink twice if George Clooney was dating someone four years younger," she said.

"Four years? Go f*** yourself. We would have been in high school together. That's so ridiculous that women are treated that way."

She kept herself quiet for a decade, but this time Megan Fox cannot be bullied into silence.

And hopefully, we've progressed enough to actually listen to what she has to say.