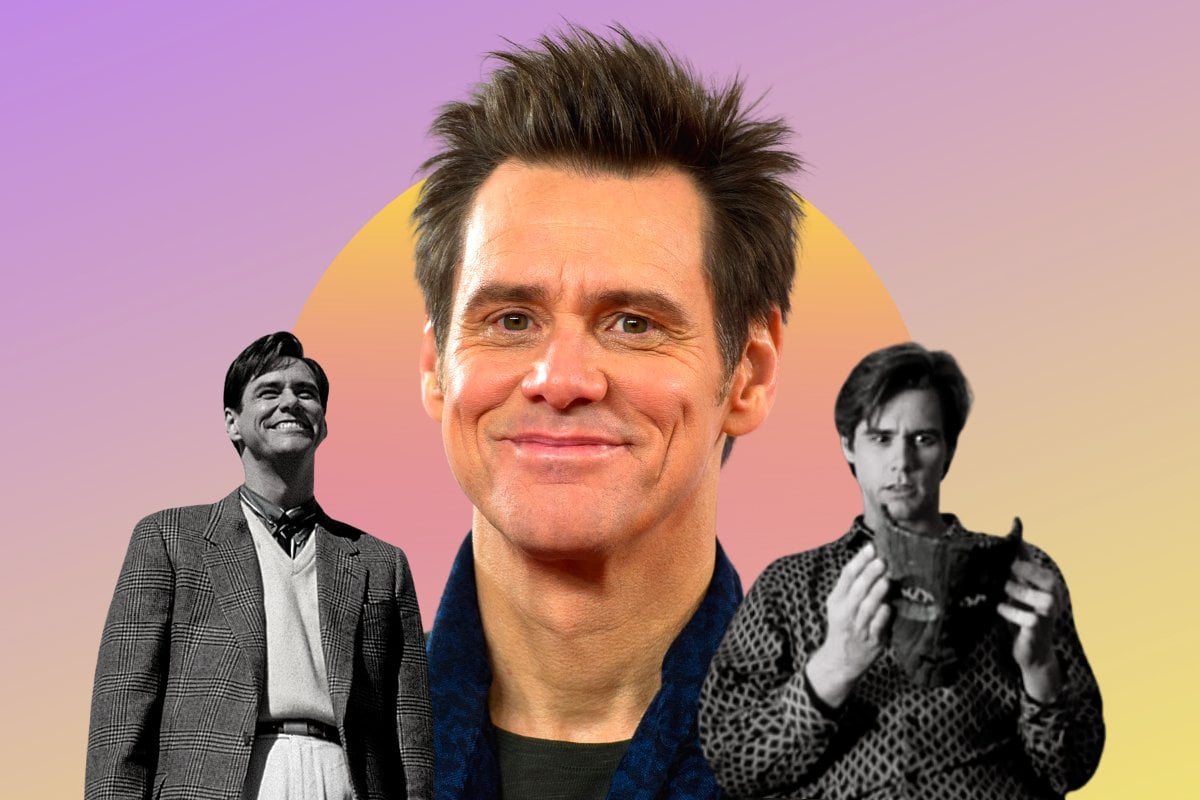 Jim Carrey's form of comedy is unlike any other.

His energetic slapstick humour and larger-than-life characters are so over-the-top and ridiculous that on paper, they shouldn't work. But they do. And in the 90s, Carrey's form of comedy changed comedy.

It's hard to overstate Carrey's meteoric rise from Toronto impressionist to Hollywood's most bankable comedic actor in the 90s.

The success of his first major movie, Ace Ventura: Pet Detective, accelerated the genre's rise, which continued with The Mask and Dumb and Dumber.

It also saw Carrey paid handsomely: by 1995, he was earning eight figures per film, putting his salaries on par with previously much-more respected, 'high-brow' actors like Tom Hanks. With 1996's The Cable Guy, he became the first actor in history to earn $20 million for a single film.

He branched into more 'serious' roles, earning himself award nominations and Golden Globes, playing the title character in The Truman Show, Andy Kaufmann in Man on the Moon and the lead role in cult classic Eternal Sunshine of the Spotless Mind.

For years, Carrey was at the top of his game.

Elastic facial expressions and humour on one hand, and critically acclaimed science-fiction drama on the other, there was seemingly nothing the actor couldn't do. 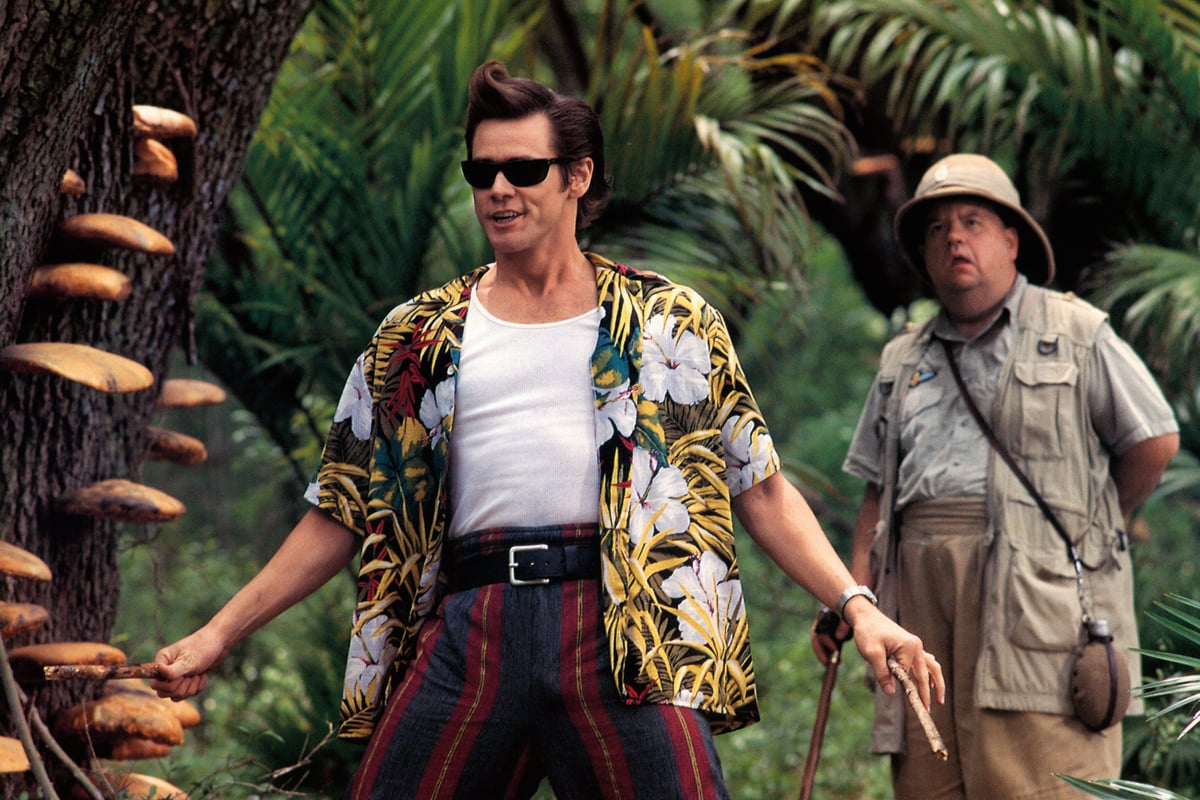 But while Carrey presented himself as a carefree funnyman, he was living with depression.

His first wife, actress and producer Melissa Womer, described him as an "extremely depressive person" and recalled to the Daily Mail consoling him into the night.

"I was on Prozac for a long time," he said. "It may have helped me out of a jam for a little bit, but people stay on it forever. I had to get off at a certain point because I realised that, you know, everything's just okay.

At that point, he said he drew strength from his 'spiritual side'. He spoke of manifestation and hanging out with "Buddha and Krishna". 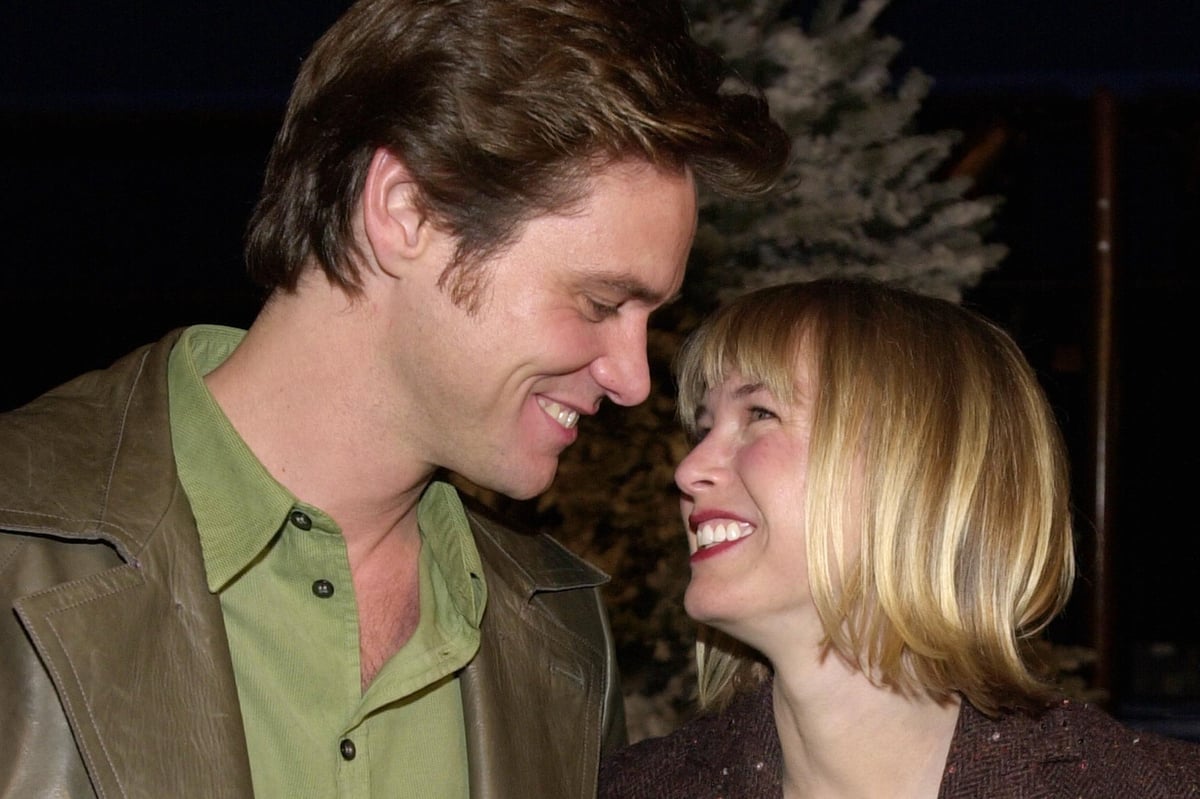 Throughout the 2000s, Carrey continued to work consistently. He dated a number of high-profile women, including Mad Men actress January Jones, Danish model Anine Bing, and his Me, Myself and Irene co-star Renee Zellweger.

In 2005, he began dating actress Jenny McCarthy. They broke up in 2010, making it his longest relationship since his seven-year marriage to Womer.

Around the same time, his career had a change in pace. He starred in psychological thriller The Number 23, did voice work and played a gay prison inmate in black comedy I Love You Philip Morris.

In 2009, Carrey wrote an article questioning the merits of vaccination for The Huffington Post.

Along with McCarthy, he led a "Green Our Vaccines" march in Washington, D.C., to advocate for the removal of "toxic substances" from children's vaccines, falsely linking vaccinations to autism. 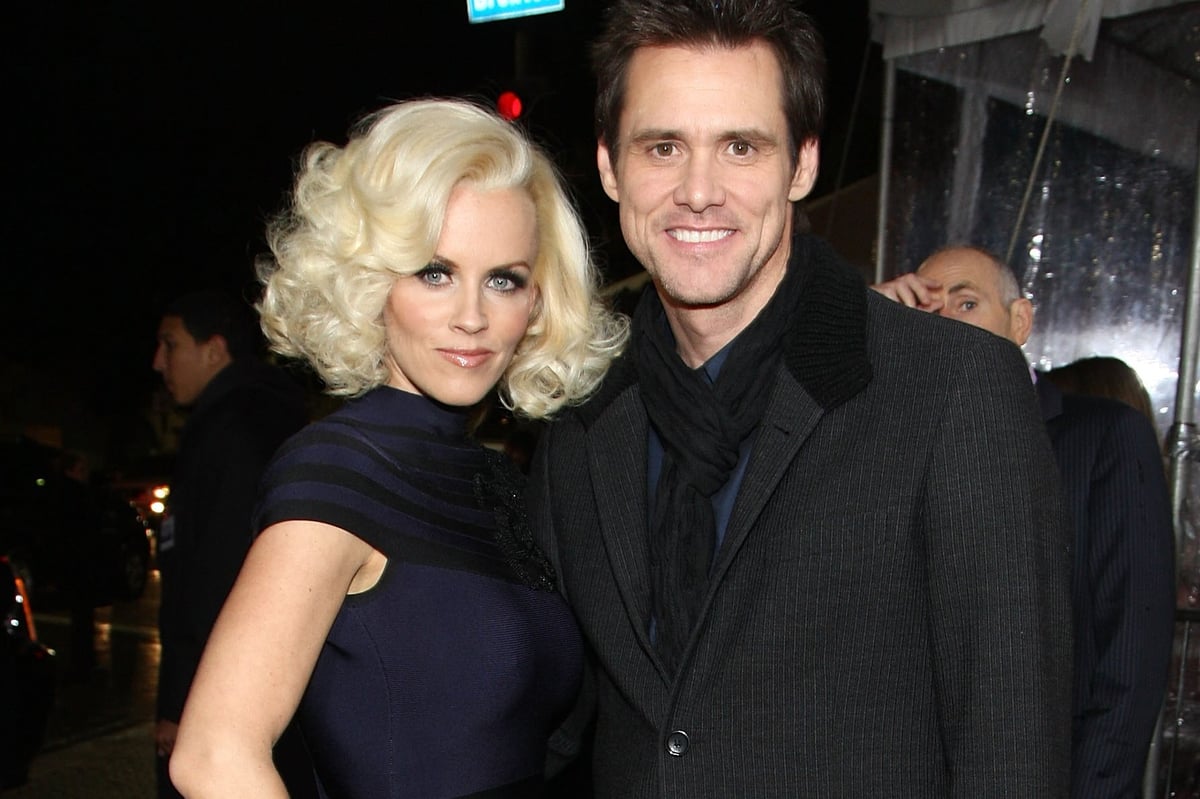 After their breakup, McCarthy accused Carrey of 'abandoning' Evan, who had come to see him as a father-figure. Carrey denied doing so.

Drawn together by their mutual experiences with depression, they broke up in May 2013, before rekindling their relationship 18 months later.

They were last seen together in September 2015. Nine days later, White died by suicide. She was 30.

Carrey was a pallbearer at her funeral, and in a statement said he was "deeply saddened by the passing of my sweet Cathriona".

White's estranged husband Mark Burton and her mother, Brigid Sweetman, later sued the then-55-year-old actor, alleging that Carrey had provided illegal drugs to her and gave her sexually transmitted diseases, which contributed to her mental anguish.

Carrey filed a countersuit claiming the lawsuits were an attempt to exploit him, and that White had attempted to extort him with false allegations that he passed on multiple STIs to her.

Carrey's career had slowed down over the years, as he focused on more behind-the-scenes roles in production.

In 2018, the actor told Radio Times he liked to keep to himself.

"You could describe my home life as an isolated life. I spend a lot of time by myself but I like being by myself, so it's okay. That might be strange to some people, but I enjoy it."

But with his legal battle behind him, Carrey mounted a career comeback.

He starred in the comedy series Kidding from 2018 until 2020, and played the main antagonist in the Sonic the Hedgehog movie franchise. 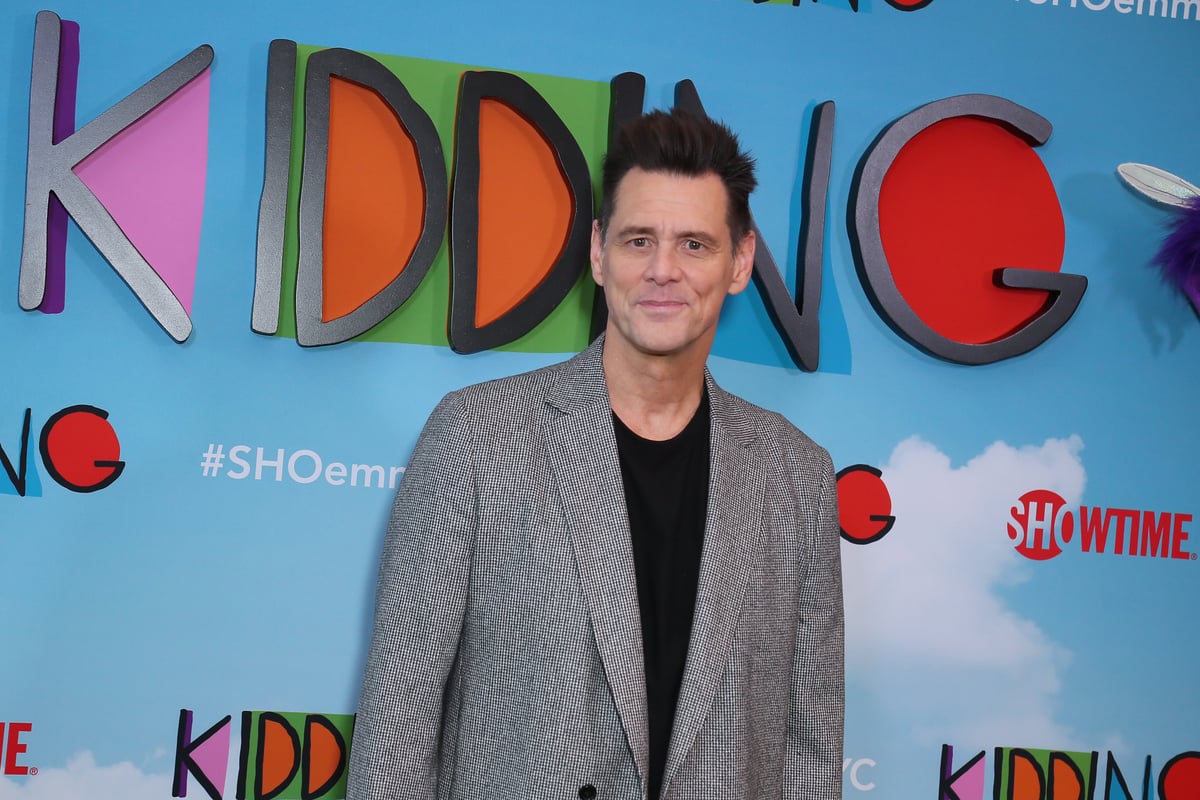 He has published political cartoons since 2017, and in 2020 released a surrealist memoir/novel called Memoirs and Misinformation. He also played then-Presidential candidate Joe Biden on Saturday Night Live.

He also began to confuse people with existential commentary in interviews and on red carpets.

"There is no me. There are just things happening," he said. "Here's the thing. It's not our world. We don't matter. There's the good news."

He clarified himself at the Toronto International Film Festival, saying: "As an actor you play characters, and if you go deep enough into those characters, you realise your own character is pretty thin to begin with. You suddenly have this separation and go, 'Who's Jim Carrey? Oh, he doesn't exist actually'.

"There's just a relative manifestation of consciousness appearing, and someone gave him a name, a religion, a nationality, and he clustered those together into something that's supposed to be a personality, and it doesn't actually exist. None of that stuff, if you drill down, is real."

Carrey shared similar views in a 2018 interview with The Talks, claiming "there is no me", that we are all made up of energies and ideas.

For him, the realisation that decades of success and money and fame didn't make him happy was confusing at first.

"That you can still be unhappy is a shock when you have accomplished everything you ever dreamt of and more and then you realise, 'My gosh, it's not about this.' I wish for everyone to be able to accomplish those things so they can see that," he said.

Now, he seems content being Jim Carrey - one of the biggest actors of a generation - but also, not Jim Carrey.

"Jim Carrey was an idea my parents gave me. Irish-Scottish-French was an idea I was given. Canadian was an idea that I was given. I had a hockey team and a religion and all of these things that cobble together into this kind of Frankenstein monster, this representation. It's like an avatar. These are all the things I am."

Carrey's spirituality has caused him to be the focus of Hollywood conspiracies in recent times, especially on TikTok where users compile videos where he appears to taunt late night host Jimmy Kimmel with a triangle hand signal (which they assumed to be an Illuminati symbol).

Carrey has been absent from public life since February, when he published a cartoon to Twitter showing himself standing in front of a door, just like the final scene of The Truman Show.

Here, he announced a retirement from social media.

But after three decades of success, and with another edition to the Sonic franchise to come, Jim Carrey the actor - or the idea - doesn't seem to be going anywhere.