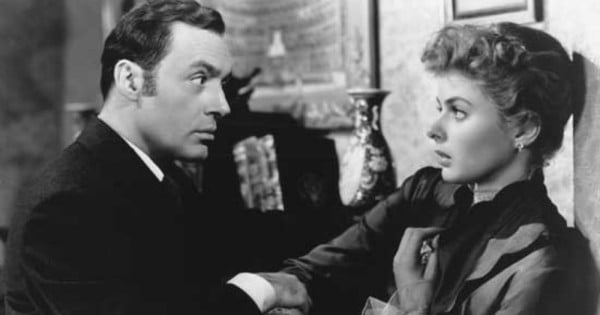 You’re so sensitive. You’re so emotional. You’re defensive. You’re overreacting. Calm down. Relax. Stop freaking out! You’re crazy! I was just joking, don’t you have a sense of humour? You’re so dramatic. Just get over it already!

If you’re a woman, it probably does.

Do you ever hear any of these comments from your spouse, partner, boss, friends, colleagues, or relatives after you have expressed frustration, sadness, or anger about something they have done or said?

Mia Freedman explains it on the podcast Mamamia Out Loud


When someone says these things to you, it’s not an example of inconsiderate behaviour. When your spouse shows up half an hour late to dinner without calling—that’s inconsiderate behaviour. A remark intended to shut you down like, “Calm down, you’re overreacting,” after you just addressed someone else’s bad behaviour, is emotional manipulation – pure and simple.

And this is the sort of emotional manipulation that feeds an epidemic in our country, an epidemic that defines women as crazy, irrational, overly sensitive, unhinged. This epidemic helps fuel the idea that women need only the slightest provocation to unleash their (crazy) emotions. It’s patently false and unfair.

I think it’s time to separate inconsiderate behaviour from emotional manipulation and we need to use a word not found in our normal vocabulary.

I want to introduce a helpful term to identify these reactions: gaslighting.

Gaslighting is a term, often used by mental health professionals (I am not one), to describe manipulative behaviour used to confuse people into thinking their reactions are so far off base that they’re crazy.

The term comes from the 1944 MGM film, Gaslight, starring Ingrid Bergman. Bergman’s husband in the film, played by Charles Boyer, wants to get his hands on her jewellery. He realises he can accomplish this by having her certified as insane and hauled off to a mental institution. To pull off this task, he intentionally sets the gaslights in their home to flicker off and on, and every time Bergman’s character reacts to it, he tells her she’s just seeing things. In this setting, a gaslighter is someone who presents false information to alter the victim’s perception of him or herself.

The form of gaslighting I’m addressing is not always pre-mediated or intentional, which makes it worse, because it means all of us, especially women, have dealt with it at one time or another.

Those who engage in gaslighting create a reaction—whether it’s anger, frustration, sadness—in the person they are dealing with. Then, when that person reacts, the gaslighter makes them feel uncomfortable and insecure by behaving as if their feelings aren’t rational or normal.

My friend Anna (all names changed to protect privacy) is married to a man who feels it necessary to make random and unprompted comments about her weight. Whenever she gets upset or frustrated with his insensitive comments, he responds in the same, defeating way, “You’re so sensitive. I’m just joking.”

My friend Abbie works for a man who finds a way, almost daily, to unnecessarily shoot down her performance and her work product. Comments like, “Can’t you do something right?” or “Why did I hire you?” are regular occurrences for her. Her boss has no problem firing people (he does it regularly), so you wouldn’t know that based on these comments, Abbie has worked for him for six years. But every time she stands up for herself and says, “It doesn’t help me when you say these things,” she gets the same reaction: “Relax; you’re overreacting.”

Abbie thinks her boss is just being a jerk in these moments, but the truth is, he is making those comments to manipulate her into thinking her reactions are out of whack. And it’s exactly that kind manipulation that has left her feeling guilty about being sensitive, and as a result, she has not left her job.

But gaslighting can be as simple as someone smiling and saying something like, “You’re so sensitive,” to somebody else. Such a comment may seem innocuous enough, but in that moment, the speaker is making a judgment about how someone else should feel.

While dealing with gaslighting isn’t a universal truth for women, we all certainly know plenty of women who encounter it at work, home, or in personal relationships.

And the act of gaslighting does not simply affect women who are not quite sure of themselves. Even vocal, confident, assertive women are vulnerable to gaslighting.

It’s a whole lot easier to emotionally manipulate someone who has been conditioned by our society to accept it. We continue to burden women because they don’t refuse our burdens as easily. It’s the ultimate cowardice.

Whether gaslighting is conscious or not, it produces the same result: it renders some women emotionally mute.

This is an extract from Yashar's post. You can read Yashar's full blog post by clicking here.

Have you ever been the victim of "gaslighting"?

Yashar Ali is a Los Angeles-based blogger, commentator, and political veteran whose writing is showcased on The Current Conscience. You can read Yashar's blog by clicking here or follow him on Twitter here or see him on Facebook here.

While gaslighting mostly happens to women. It is not gender specific. Female bosses and partners also do this to men. Neither scenario is ok.

I've recently realised that my ASD partner is a gaslighter. I'm honestly unsure how much of it is intentional and how much he actually believes the lies and crap he spouts.
It's so frustrating to the point where my mental health really has suffered and I barely recognise the person I've become