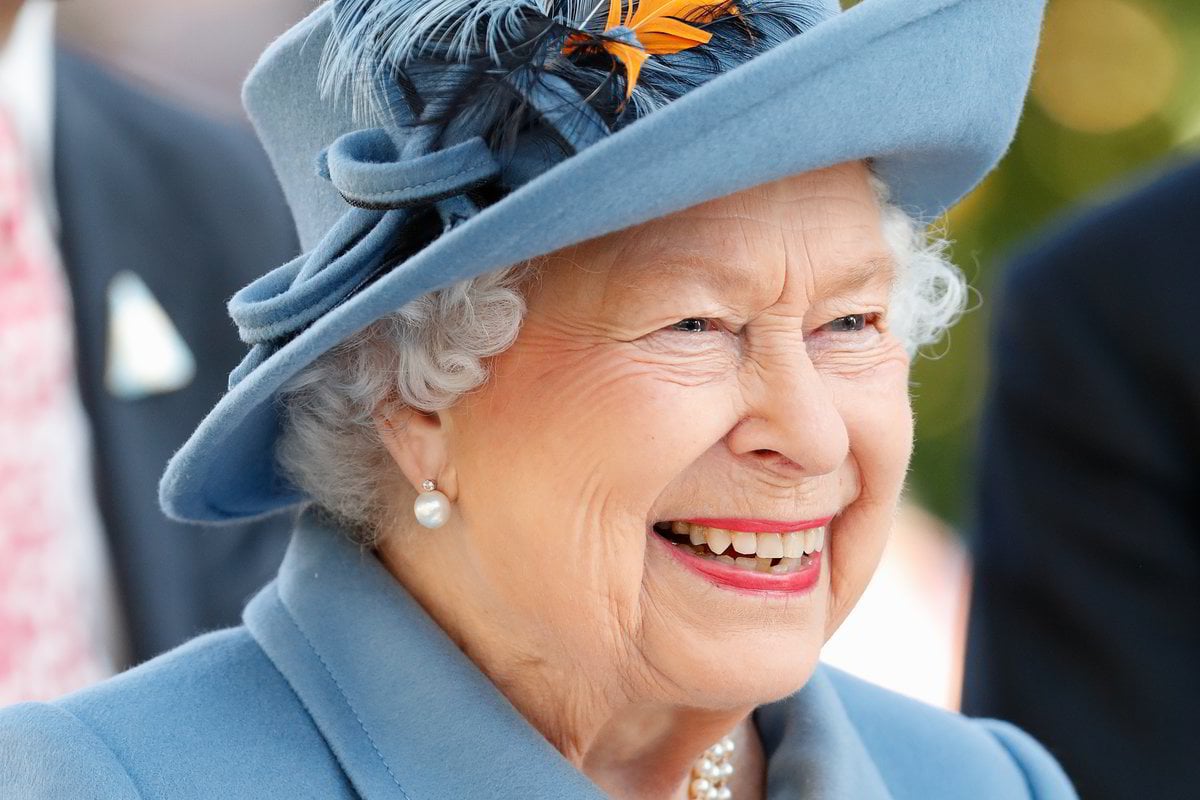 To catch up on all things royal family, make sure you check out our ﻿Royal Hub﻿. We’ve got you completely covered.

Queen Elizabeth II's former personal chef Darren McGrady shared Her Majesty's private dining habits, including her typical meals in his book Eating Royally: Recipes and Remembrances from a Palace Kitchen. "The Queen eats to live whereas Prince Philip lives to eat," McGrady said, and we can't... relate. But it got us wondering about what royalty eat in the day. Here is the Queen's (un)official food diary, based on McGrady's information.

Apparently you would like to know what I eat, which seems terribly boring to me but I aim to please.

I have plenty of other work to be getting on with, on account of the rest of my family falling apart. It's terribly irritating, and I simply can't handle another call about my troublesome grandson, so I am using what one would call 'procrastination'. Besides, Philip is having one of his 13 daily naps, so there is not much else to do.

Yes, the chefs prepare meals for the Queen's dogs too. Post continues below video.

I've been told you lot make your own cups of tea - so I suggest doing that, however that is done, and putting your feet up while I tell you about my daily meals.

I start my day with a cup of tea and a biscuit. Maybe two biscuits. Most likely three.

My breakfast is then very humble: I eat cereal out of a tupperware container - and you think Monarchs aren't relatable? What cereal, I hear you ask? The official word is a fancy granola, but really, I just get the chef to hide my fruit loops inside a different box.

My chefs make sure my darling dorgies, Candy and Vulcan, are taken care of too. They must have freshly cut beef, liver and chicken. Once a chef tried to give Candy dog biscuits, and I had to send him to the tower. 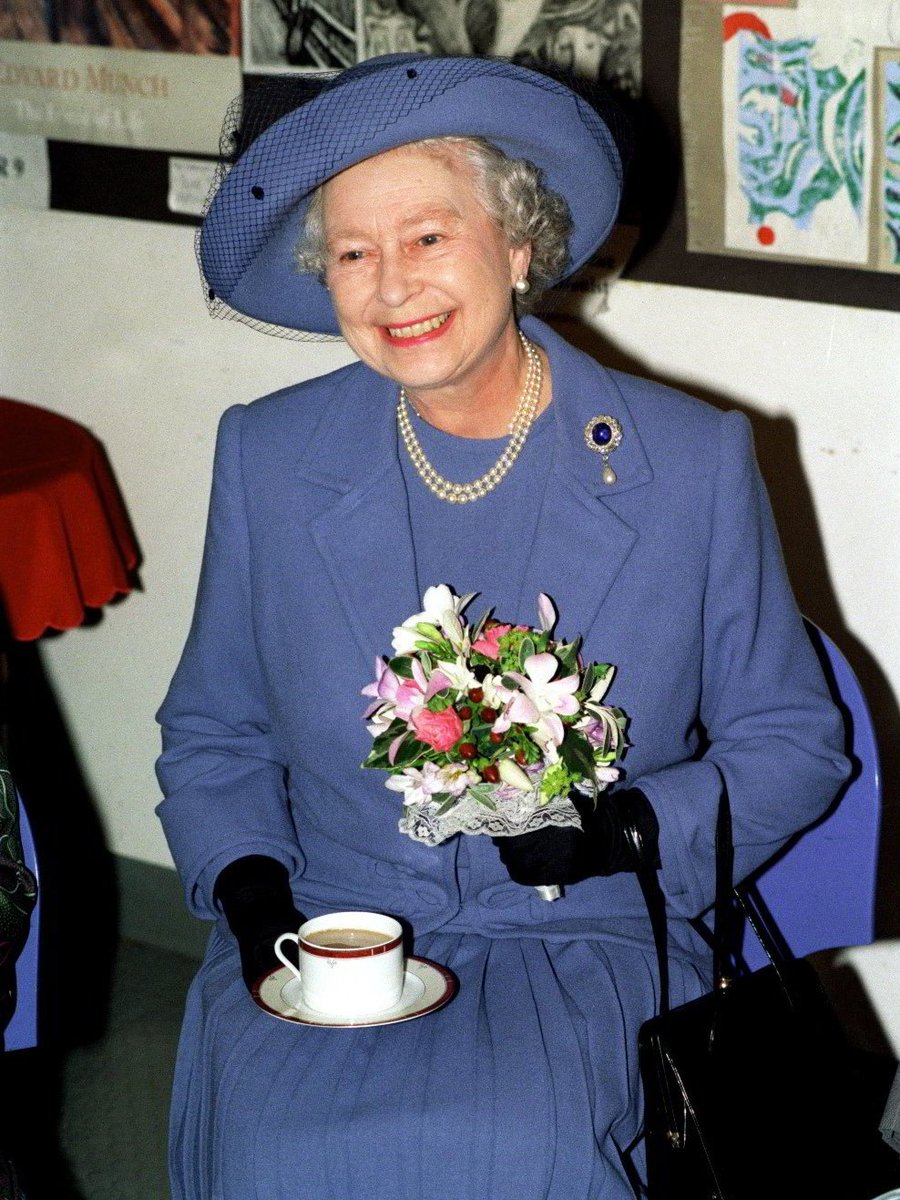 Earl grey, with a little milk, thank you. Image: Getty.

Then another tea, as a gin before noon is frowned upon, even for royalty.

People say food is one of life's great pleasures, and I agree, which is why I usually eat an extremely flavoursome, adventurous grilled fish with wilted spinach or courgette for lunch. If I want something a little more mild, I will opt for a grilled chicken salad. It all depends on my mood, and how much of an appetite I have worked up riding my horses and yelling at Charles over the phone.

What doesn't depend on my mood is my love for a lunch time gin and Dubonnet. I find it pairs well with all meals, no matter how my chicken is seasoned.

One is partial to a sweet treat. If there ever comes a time the palace is not home to freshly baked scones with jam and cream, I will blow one's famously poised top off.

Philip will occasionally join me in the afternoons, which I enjoy, as I always pinch an extra scone off his plate and he is none the wiser.

Dinner is unfortunately a time of contention in the Mountbatten-Windsor palace house. Now I know I have a very sophisticated palate, but I simply detest garlic. I'm sorry, but it makes one's breath unbecoming of regality.

Philip, on the other hand, loves garlic. It is a flaw I did not know of until we married, and had I been aware things may have gone differently.

﻿﻿Each night, he will try to fight me on it, even telling the chefs to sneak some into a meal without my knowledge. 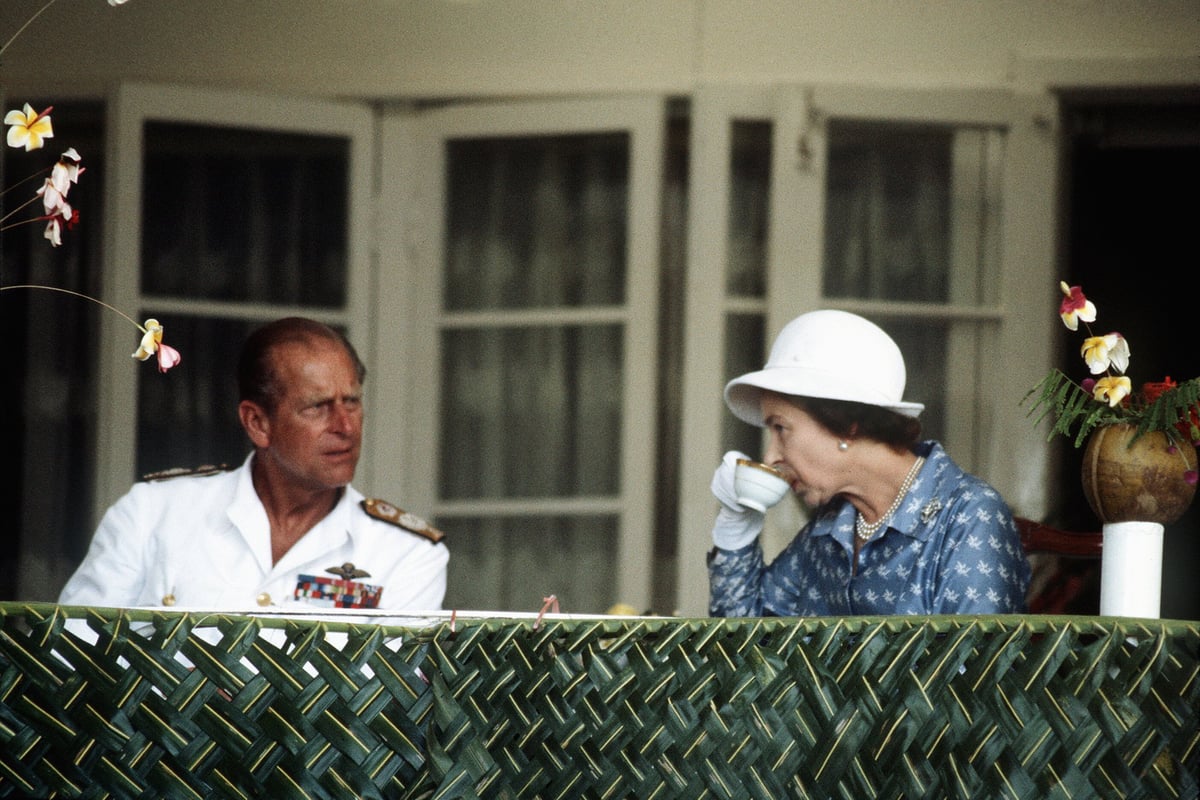 "Try that garlic shit again and I'll have you disappear." Image: Getty.

Thankfully, I am the Queen and they know a trip to the tower will be their future if they agree. Philip has yet to win an argument in our 72 years of marriage, as it is quite hard to argue with the head of state. If he wanted to win, he should've been born higher in the line of succession.

I don't make the rules. (Disclaimer: I actually do, but that is not my point).

Tonight was fish and chip night, which I simply adore. I believe a weekly crumbed fish and humble chip keeps me relatable to the everyday folk.

Another of my favourite meals is shrimp on toast, which are cooked in a secret spicy butter. Okay fine, I'll let you in on the secret... The spice used? Pepper, about two twists of a grinder. Nothing more, nothing less.﻿

Both of those meals sure beat last night's beef stroganoff. The chef overdid it on the spice. It already had pepper, so why the need for paprika? And the night before's roast lamb was equally disappointing. Mint AND rosemary? Far too confusing, even for one with tastebuds as well travelled as mine. It totally overshadowed the exotic flavours of my steamed greens.

I let my chef know if I am not pleased with a meal, with a subtle message in my notebook.

"I don't want this again," I write. Suitably terse, isn't it?

Dinner is always washed down with a gin and Dubonnet, naturally.

Besides my role as the figurehead of the commonwealth and head of state of many, many countries, my favourite thing about the crown is the snacks.

Golly, I hope my Governor-Generals don't read this.

Anyway, I truly would not mind adding an extra title to my name to reenforce how dearly I enjoy my snacks. I believe there is room: 'Elizabeth the Second, by the Grace of God, of the United Kingdom of Great Britain and Northern Ireland and of Her other Realms and Territories Queen, Head of the Commonwealth, Defender of the Faith and lover of chocolate'. 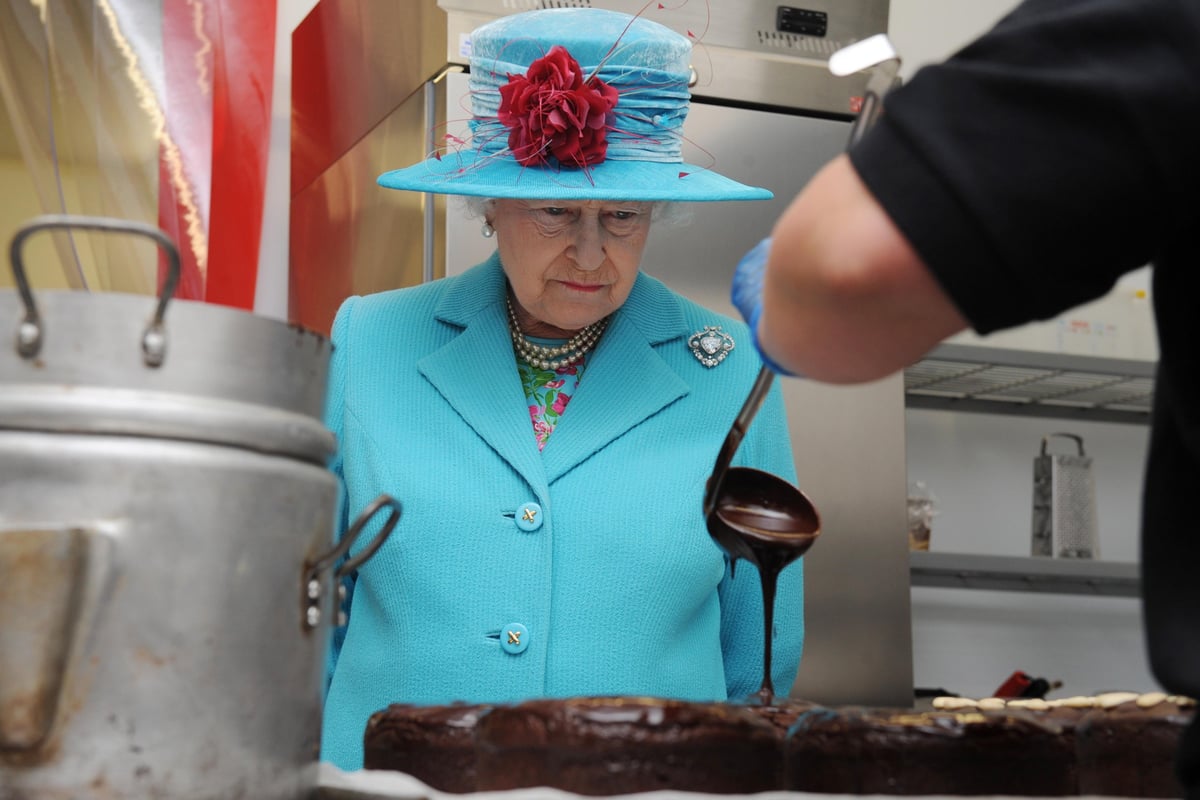 Look at how mesmerised one was. Image: Getty.

I simply adore chocolate, in fact I believe I may order a chocolate pie (it's like a cake, but more regal) now.

You know what I say: Life is too short not to order your personal head chef to make you a layered chocolate pie with white and dark chocolate, and chocolate shavings.

One has earned it, don't you think?

Love all things beauty? Take our survey to tell us how you look after your hair and you could win $50.