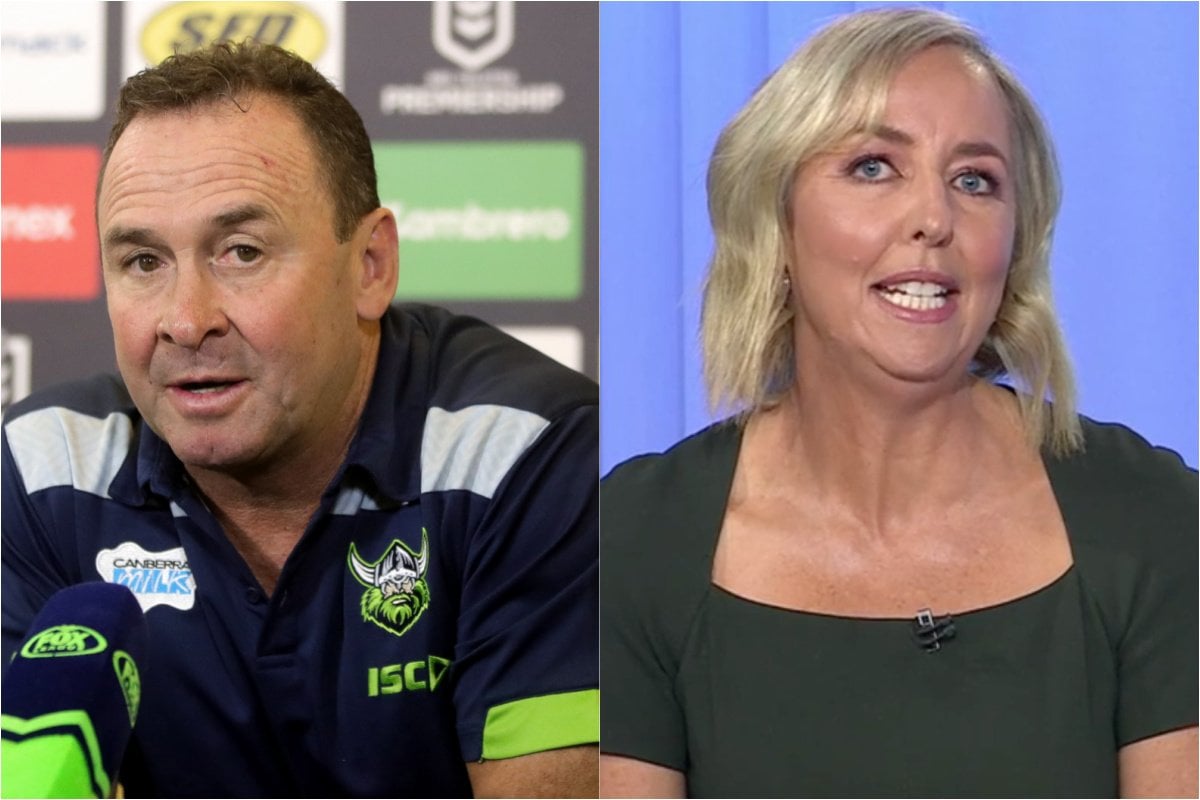 "If I can't have tough conversations with my better players I might as well coach netball."

That was the comment made by NRL coach Ricky Stuart last week, as reported by Daily Telegraph's Paul Kent, that has triggered a swirl of criticism for its condescending and 'outdated' nature.

“It’s 2021 and comments like this are still getting said about women in general and there’s no need for it,” NSW Swifts star Sophie Garbin said, responding to Stuart's comments, according to 7News.

“The fact that he said it is one [thing] but the fact that no one pulled him up about it in the moment is even worse.

“Netball deserves respect. We’ve got over a million girls playing and to get to the top level is really tough... People get dropped from teams, get put in teams, there’s lots of ups and downs in netball and I think people need to come to a game to see how tough it really is.”

Netball Australia chair Marina Go echoed these comments, saying: “I’ve met Ricky Stuart and I’d like to think that on reflection he would be embarrassed by that comment because this is a really tough sport for women played at an elite level with extraordinary athletes."

Sports commentator and former Australian Netball player Liz Ellis also expressed disappointment in the comment, tweeting: "Stop making netball a euphemism for 'not tough'. If you are still doing that in 2021 you might need get out to a game to do some fact-checking."

Haha. Nope Paul Kent if you can’t have a tough conversation with your players then you may as well not be coaching. Full stop.

Stop making netball a euphemism for “not tough”. If you are still doing that in 2021 you might need get out to a game to do some fact checking. https://t.co/1heN58pqC1

The Canberra Raiders coach laughed in response to the backlash as he offered an apology to the netball community last week, before suggesting netball should be grateful for the "publicity" he has given them.

"I respect all sports and it was an off-the-cuff comment," he said with a rueful shake of the head. "I’ve had a laugh about it.

"But look, I respect netball and I'm sorry if I offended any girl or boy that plays netball. All sports are tough and I understand that...

Netball Australia Interim CEO Ron Steiner said following Stuart's remarks: "While we acknowledge his apology, we won’t walk past a comment that demonstrates a total misunderstanding and disrespect to the sport of netball, and to its people."

On Channel Nine's Sports Sunday, Liz Ellis said sarcastically, "Thanks, Ricky, for the publicity for the ladies. That's great."

Ellis continued: "People are going, 'Why are you offended by this? Get a life'. It's actually just a build-up. It's paper cuts - over a 1000 little paper cuts that actually get to the point where you go, 'You know what, you have to stop. It's the 21st century, you have to stop making netball and women's sport a euphemism for being soft. You can't just have a throwaway line'.

"It's more that you actually react to what's in front of you. When they have that throwaway line ... I coach two little under-10s netball teams at Ballina Netball Association, the Seahorses and the Turtles. I think, 'I've got to stick up for them', because the standard you walk past is the standard you accept."

As for the apology that he offered, the former netball player said she didn't believe it was "proper" one.

"All I wanted was for him to come out and say, 'You know what, I've reflected, poor choice of words, I won't do it again'," she explained.

"He doesn't have to apologise. He just needs to acknowledge that he got it wrong."

Reply
Upvote
Why is the ceo of netball a man ffs? Don't we have enough men in leadership with having to put up.with one in a female sport?

Reply
Upvote
I’m a female and also a Raiders fan. My opinion is that this has been interpreted the wrong way. He didn’t use the word “tough” in relation to the sport, he used it in reference to having “tough conversations” with the players. There appears to be a lot going on behind the scenes with player relations and happiness of senior players that we don’t see. I believe he was implying that if he couldn’t have tough conversations with his players then he may as well be coaching a different code altogether... perhaps even saying that netball players would be better equipped to have those tough conversations. If only he’d said “I should be coaching union...” Something to ponder?

hopey a month ago

Reply
Upvote
6 upvotes
@myopinionis I completely disagree. He was using it as a condescending comparison and saying that if he can't have tough conversations with his players he may as well coach netball because netballers/women can't have tough conversations either. He was basically sending the same message as "you throw like a girl", ie you're weak. We have to speak up and stop these sexist, condescending attitudes and stop trying to find 'outs' for the men that say/believe them.