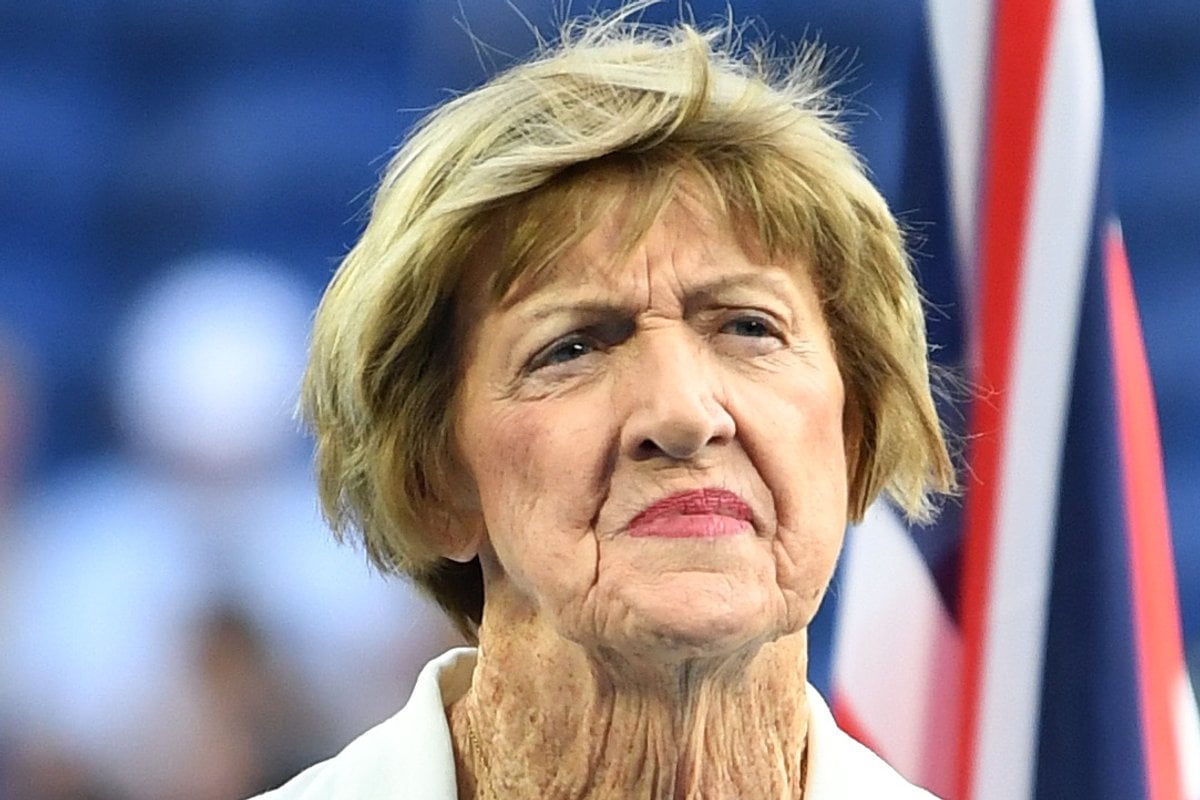 On January 26, Australian tennis champion Margaret Court will be recognised with Australia's highest civilian honour, the Companion in the General Division of the Order of Australia (AC).

The list - not due to be officially announced until tomorrow - leaked last Friday and has triggered a furious backlash thanks to the retired athlete's controversial views on LGBTQ+ rights.

As the winner of a record 24 Grand Slam singles titles, Court's views have attracted widespread attention and condemnation for years.

Here's everything you need to know about Court's controversial views and the public fallout that has ensued.

Why is Margaret Court being awarded?

Margaret Court is receiving a Companion in the General Division of the Order of Australia for her "eminent service to tennis" as the winner of a record 24 Grand Slam singles titles and a mentor for young athletes. 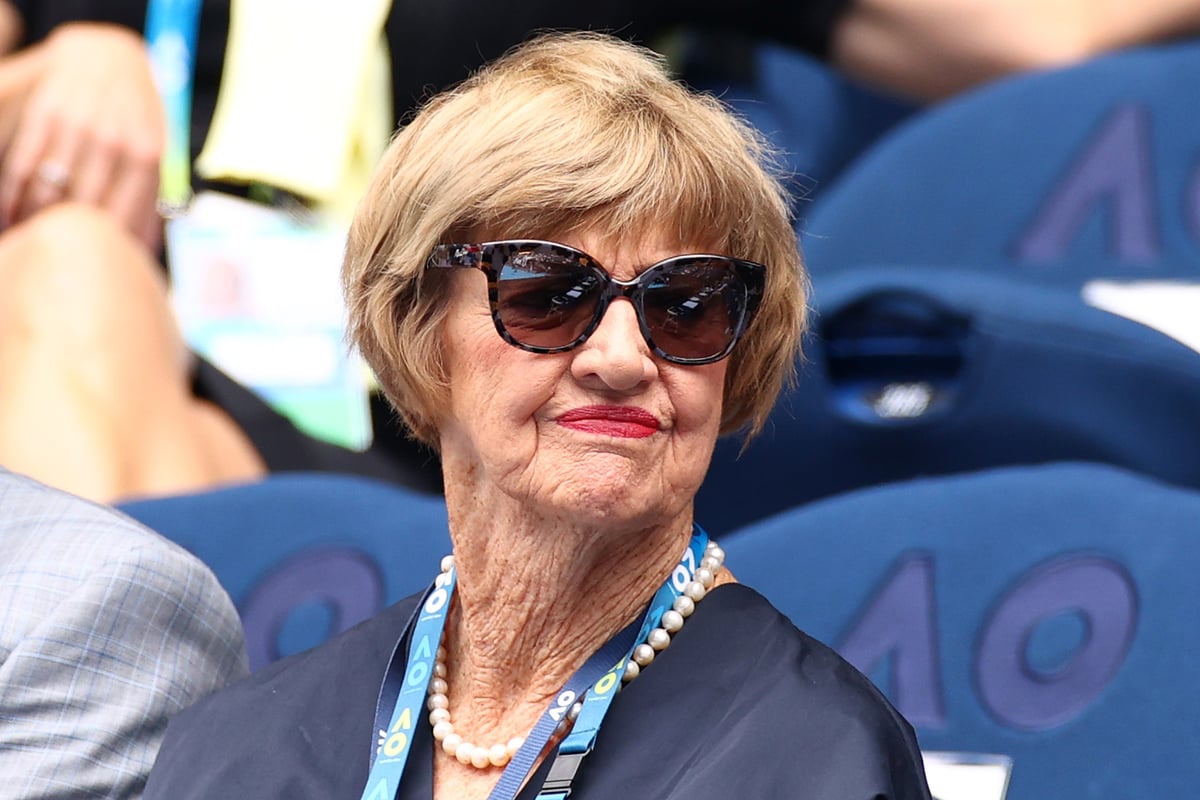 What did Margaret Court say?

In 2011, Court slammed the push for gay marriage to be legalised.

She said at the time: “To dismantle this sole definition of marriage and try to legitimise what God calls abominable sexual practices that include sodomy, reveals our ignorance as to the ills that come when society is forced to accept law that violates their very own God-given nature of what is right and what is wrong.

"The fact that the homosexual cry is, ‘We can’t help it as we were born this way’, as the cause behind their own personal choice is cause for concern.

"Every action begins with a thought. There is a choice to be made."

In May 2017, she vowed to boycott QANTAS over the company's support for marriage equality, which was yet to be legalised in Australia.

“I believe in marriage as a union between a man and a woman as stated in the Bible," she wrote in an open letter to the national airline.

Around the same time she claimed LGBTIQ+ school lessons are "of the devil".

Watch Margaret Court defend her homophobic views on The Project in 2017. Post continues below.

In 2019, Court again made headlines for anti-transgender comments, this time while speaking to worshippers at the Pentecostal church in Perth where she is a minister.

"When children are making the decision at seven or eight years of age to change their sex ... no, just read the first two chapters of Genesis, that's all I say. Male and female," Court said.

"It's so wrong at that age because a lot of things are planted in this thought realm at that age. And they start to question 'What am I?' and if you are a Christian... you believe the word of God, this is our TV guide to life...

"And you know with that LGBT, they'll wish they never put the T on the end of it because, particularly in women's sports, they're going to have so many problems."

She added: "You know what, God's made us that way."

Tennis Australia were at the time preparing to commemorate the 50 year anniversary of Court's Grand Slam year, decided they would "recognise but not celebrate" her achievement.

"As often stated, Tennis Australia does not agree with Margaret's personal views, which have demeaned and hurt many in our community over a number of years," Tennis Australia said in a statement at the time.

"They do not align with our values of equality, diversity and inclusion.

"Our sport welcomes everyone, no matter what gender, ability, race, religion or sexuality, and we will continue to actively promote inclusion initiatives widely at all levels of the sport."

In an interview with AAP this week, Court defended her views, explaining she was "just saying what the Bible says".

"I should always be able to say my views biblically, being a pastor and helping people with marriages and family. And I'll never change those views," she said.

After years of espousing discriminatory views, the public has reacted furiously to the revelation that Margaret Court will now be awarded the highest civilian order.

Victorian Premier Daniel Andrews was among the critics, saying "calling out bigotry is always important".

During a press conference on Friday, Andrews said: "I don't give out those gongs. That's not a matter for me, that's for others. You might want to speak to them about why they think those views, which are disgraceful, hurtful and cost lives, should be honoured."

I don't want to give this person's disgraceful, bigoted views any oxygen.

But when others insist on rewarding them with this country's highest honour – I think it's worth saying again:

Grand Slam wins don't give you some right to spew hatred and create division.

A Canberra doctor, Clara Tuck Meng Soo, has handed back her own Medal of the Order of Australia in protest, saying the decision to award Australia's highest honour to the outspoken tennis great "promotes discrimination" to LGBTQ people.

Dr Tuck Meng Soo received an Order of Australia Medal in 2016 for her work as a medical practitioner with the LGBTQ community and people with HIV.

"As someone who has lived as a gay man and now as a transgender woman, I am aware of just how deeply hurtful Court’s outbursts can be to my community," Dr Soo said in an op-ed for the Sydney Morning Herald.

"By opposing her elevation, I am not denying her right to freedom of speech. I am only concerned that she has used her position as a public figure to disseminate her harmful comments."

Dr Clara Tuck Meng Soo has decided to return her Order of Australia in protest over the controversial decision to further elevate Margaret Court. pic.twitter.com/s2NeBSZsbw

Among the chorus of condemnation against Court, there are few defenders. Among them is NSW One Nation leader Mark Latham, who said on Sky News: “We should be very proud of her as the greatest ever female tennis player so if she doesn’t deserve a Companion of the Order of Australia, an AC, who would."

“Margaret Court is a very, very, great Australian, she should be able to articulate her religious beliefs, she’s a caring person, a compassionate person, and I think it’s tremendous, if the reports are true, that on Australia Day she’ll be honoured this way.”

The official announcement of Court's award and the ceremony will be held on January 26.