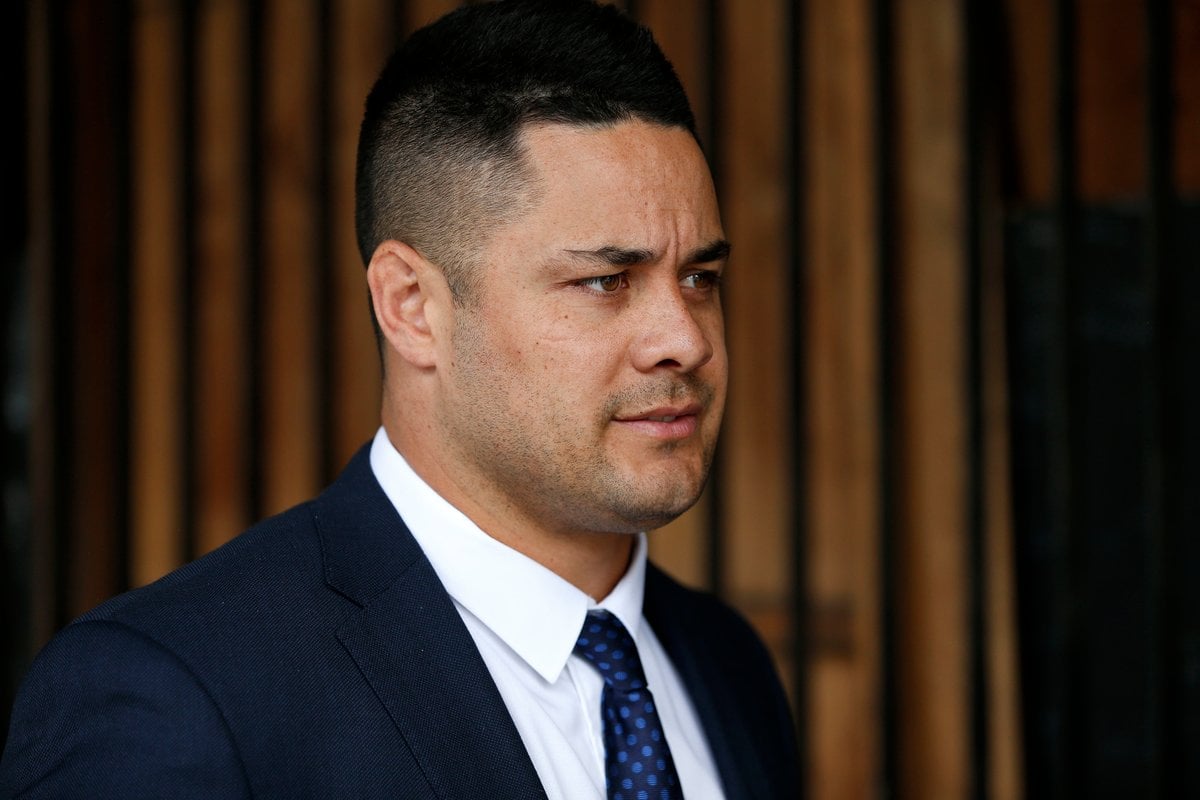 This article mentions acts of alleged sexual assault and may be distressing for some readers.

The jury in former NRL star Jarryd Hayne's rape trial has been discharged after it was unable to reach a unanimous or a majority verdict.

After retiring on Thursday afternoon, the jury sent a note to Newcastle District Court judge Peter Whitford on Friday afternoon, saying it was unable to agree on a decision after considering all the evidence.

Judge Whitford said he would give the jury more time to re-examine matters they disagreed on.

The jury, which had asked for the transcript of the entire two-week trial on Thursday afternoon, elected to return on Monday.

They remained unable to reach a verdict.

"It is evident that we will not be able to come to a unanimous agreement," the jury foreman said, as reported by the ABC.

"This decision has not been made lightly and no amount of time and deliberation will be able to change this."

After a further 15 minutes to see if a majority verdict of 11 to one could be reached, the jury foreman said they could not reach a majority.

The crown case against Hayne is he arrived drunk at the woman's house on the outskirts of Newcastle about 9pm on September 30, 2018 — the night of the 2018 NRL grand final.

The former Parramatta Eels star had paid a taxi driver $550 to take him home to Sydney after a two-day bucks party for rugby league player Kevin Naiqama in Newcastle when he decided to pop in to the woman's home.

He stayed for about 45 minutes, committed two sex acts on her and caused two lacerations to her genitalia before leaving, the prosecution said.

The woman, now aged 28, said she became angry when she realised Hayne had a taxi waiting outside and she told him they would not be having sex but he ignored her.

She said when Hayne tried to kiss and touch her and she told him "no" and "stop", he pushed her face down into the pillow on her bed, ripped her pants off and attacked her.

The woman suffered two lacerations to her vagina which Hayne testified must have been accidentally caused by him cutting her with his finger.

Hayne said he knew the woman didn't want to have sex, but he decided to give her oral sex to please her with her consent. He said she never said "no" or "stop".

Crown prosecutor Brian Costello said the prosecution case could be summed up by what the woman told the jury - "No means f***ing no."

"I know exactly what happened and so does he," the woman said in evidence.

Mr Costello said Hayne had left a group of his footy mates watching the 2018 NRL grand final for one plain, obvious reason: to have sex with a woman he had never met.

He said Hayne believed he had been promised sex after exchanging flirty messages on social media with the woman.

The prosecutor said Hayne had been rough, forceful and inconsiderate trying to get what he had come for when he attacked the woman, injuring her quite significantly.

He said Hayne's claim the woman's mood changed during the night to the extent she was willing to engage in sexual activity with him was "just fanciful".

Mr Boulten said just because the woman said "no" after the taxi incident did not mean the shutters had come down on friendship and intimacy.

He said the woman was a willing participant in the sexual activity after they both kissed but it all went terribly wrong when she started bleeding.

Mr Boulten said the woman's injuries might explain why she was making the sexual assault accusations against Hayne and had convinced herself she was not consenting.

The defence barrister said Hayne was not obsessed with having sex with the woman. He was actually a bit ambivalent about it given he spent most of that Sunday with the boys from the bucks party going to paintball and then a pub crawl instead of going to see her.

"Jarryd Hayne was not out of control and he was not incapable of resisting [the woman's] sexual allure," Mr Boulten said.

The woman later sent text messages to a girlfriend saying she thought Hayne had bitten her vagina and that she felt violated.

During proceedings on Tuesday, Hayne denied thinking the woman accusing him of rape was an "idiot" who had messaged him on Instagram.

Mr Costello highlighted a phone call Hayne made to a family member just days before his arrest where he called the woman "a young cow just carrying on".

Mr Costello put it to Hayne he thought the woman was an idiot and went to her house just to have sex, not strike up a friendship or discuss politics.

Hayne denied it, saying he went to the woman's house to "potentially" have sex.

He told the jury he was "fuming" just before his arrest because the woman was "full of s***", not because she was going to report the alleged rape to the NRL and police.

He repeated that the woman never said "no" or "stop" and she had been the one to take off her pants.

When asked why he had gone back into the bedroom to initiate sexual activity after watching the end of the grand final, Hayne said: "I thought she'd like it".

Hayne denied the woman was retreating up the bed trying to get away from him when he attempted to physically force himself upon her.

"She said she didn't want to have sex. We didn't have sex," Hayne said.

Last Wednesday, the woman swore at Hayne in front of the jury after breaking down in tears in the witness box.

The woman was being questioned by Mr Boulten when she became emotional and burst into tears.

She said Mr Boulten had been trying to make her sound stupid when going through a series of Snapchat messages she exchanged with a friend before Hayne had been due to arrive at her house on the night she was allegedly sexually assaulted.

"It's just irrelevant," the woman said.

The woman was asked to step down and take a break and as she walked past Hayne, she called him a "f***ing piece of s***".

The woman was questioned about Snapchat messages to the friend from 3.21pm on September 30, 2018, just hours before Hayne was due to arrive.

The woman's friend told her to remember her worth and all Hayne would want was sex.

Mr Boulten pointed out to the woman that despite her friend's advice not to meet Hayne she still agreed for him to come over.

The defence barrister said the woman knew it was highly likely she was going to participate in some sort of sex acts, but she disagreed.

She reiterated she had no plan to have sex with Hayne that night and just wanted to meet him.

"I know exactly what happened and so does he (Hayne)," she said.

The woman had earlier told the court a doctor who examined the injury to her vagina three days after Hayne had allegedly sexually assaulted her said: "It looks like a bite".

The woman said the doctor spoke about reporting what had happened to the police but she was reluctant.

Jarryd #Hayne's alleged victim tells the court after the former NRL star arrived at her home he started singing along to Ed Sheeran songs. She says it was awkward. @9NewsSyd

The woman said she sent a Snapchat message to Hayne telling him her girlfriend wanted her to go the police and he replied: "What?"

She said he sent her another message some time later asking, "Any allegations?"

The woman did not initially go to police after the alleged sexual assault but eventually told her mother, sister and brother-in-law about it.

She said her brother-in-law was angry and later told her he had contacted the NRL integrity unit and asked if she was comfortable speaking to them.

The woman agreed, saying she was scared but eventually decided to speak to police who then asked her to send Hayne messages on Snapchat to see if he would respond.

She sent Hayne a message saying he knew she wasn't OK from the damage caused to her on the night and he should have stopped when she told him no.

Hayne replied: "WTF are you on about? I stopped straught [sic] away and made sure you were OK. You're starting to sound suss."

When she sent him another message claiming he had been pushy, rough and shown no remorse, he replied: "That's completely untrue. Everything we did you consented to."

E
elishatraill a year ago

Reply
Upvote
4 upvotes
How could any sane person think that any sex act that results in an injury to the genitalia that bleeds enough to put blood over hands and face is enjoyable?!? 😳😳😳 whether it was a bite, finger nails or a unicorn horn - if your sex partner starts bleeding, you STOP and seek medical attention immediately.  This case just gets worse every time I find out more.
BTW I understand kink, and I’m not shaming, but that is NOT what happened here.
C
cat a year ago