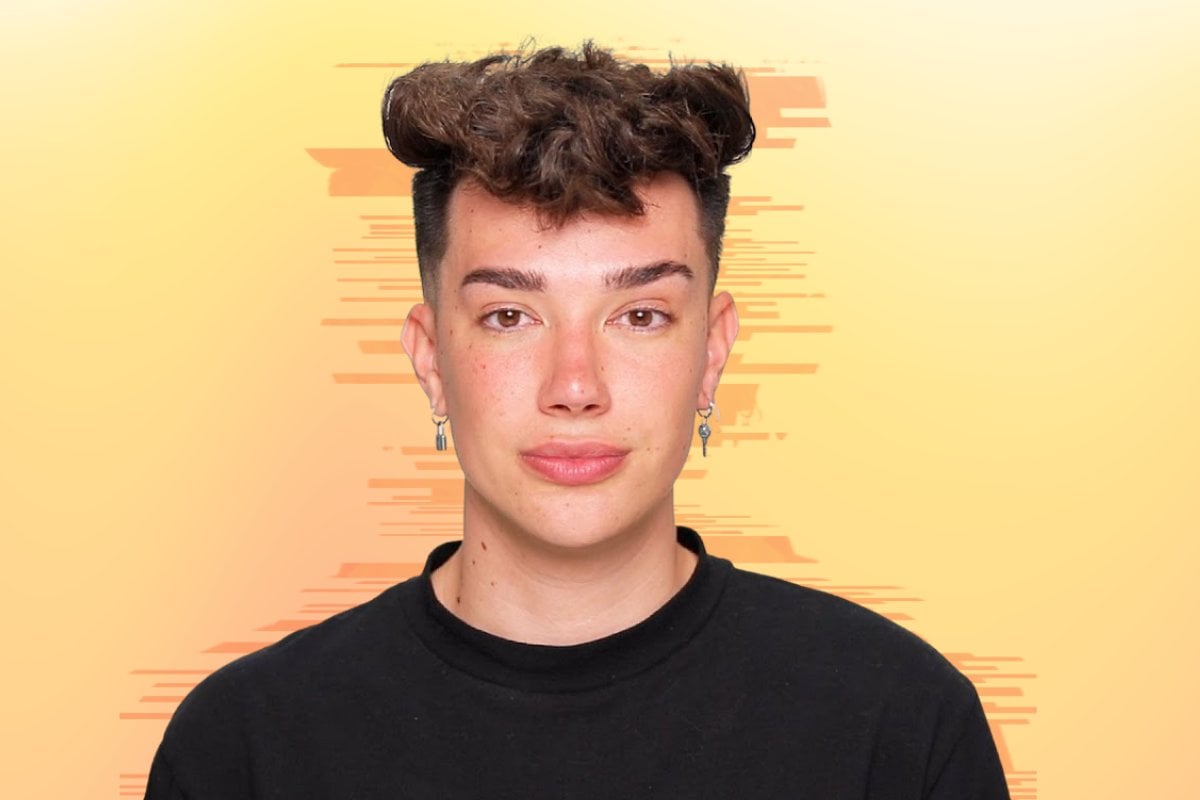 This post deals with grooming and may be triggering to some readers.

And within mere months, James Charles became one of the internet's biggest names.

So I retook my senior photos & brought my ring light with me so my highlight would be poppin. I love being extra 💀 pic.twitter.com/7Qu1yu8U2P

Since then, the now 21-year-old has amassed more than 25 million YouTube subscribers and more than 27 million Instagram followers.

But like many creators in the social media space, James Charles has faced his fair share of controversies.

In February, a 16-year-old boy claimed Charles pressured him into exchanging illicit photos on Snapchat.

Since then, the allegations have continued to unfurl, with at least four more teenage boys coming forward with allegations of grooming against the YouTube star.

He's now released a video taking "full responsibility" for his actions and apologising.

Wait, remind me. Who is James Charles?

James Charles first garnered media attention in late 2016, when he was named as CoverGirl's first male model at just 17.

At the time, Charles made an appearance on The Ellen DeGeneres Show, which significantly boosted his social media presence.

In the years since, Charles has hosted YouTube Originals reality competition series Instant Influencer, attended the Met Gala, and launched his own makeup collection and clothing line.

In February, James Charles pretended to be pregnant for 24 hours. Post continues below.

The 21-year-old, who recently bought a US$7 million home in Los Angeles, has also collaborated on YouTube with a number of celebrities, including Kim Kardashian, Kylie Jenner, Lil Nas X, Kesha, and Charli D'Amelio.

But for many, James Charles is remembered for his infamous feud with fellow YouTube star and influencer Tati Westbrook.

In May 2019, Westbrook, Charles' former mentor, uploaded a (since-deleted) 43-minute video titled "Bye Sister", in which she listed numerous reasons why she ended her friendship with Charles.

While their friendship initially ended after Charles endorsed Westbrook's direct competitor, the issues ran much deeper.

"Fame, power, and a fat bank account will change almost anyone," Westbrook claimed.

"Get off your high horse and have some respect. You don’t have any for the people who are in this industry and that’s the sad fact."

Westbrook also condemned Charles for his propensity to try to trick "straight men into thinking they're gay" and claimed that Charles was sexually manipulative. 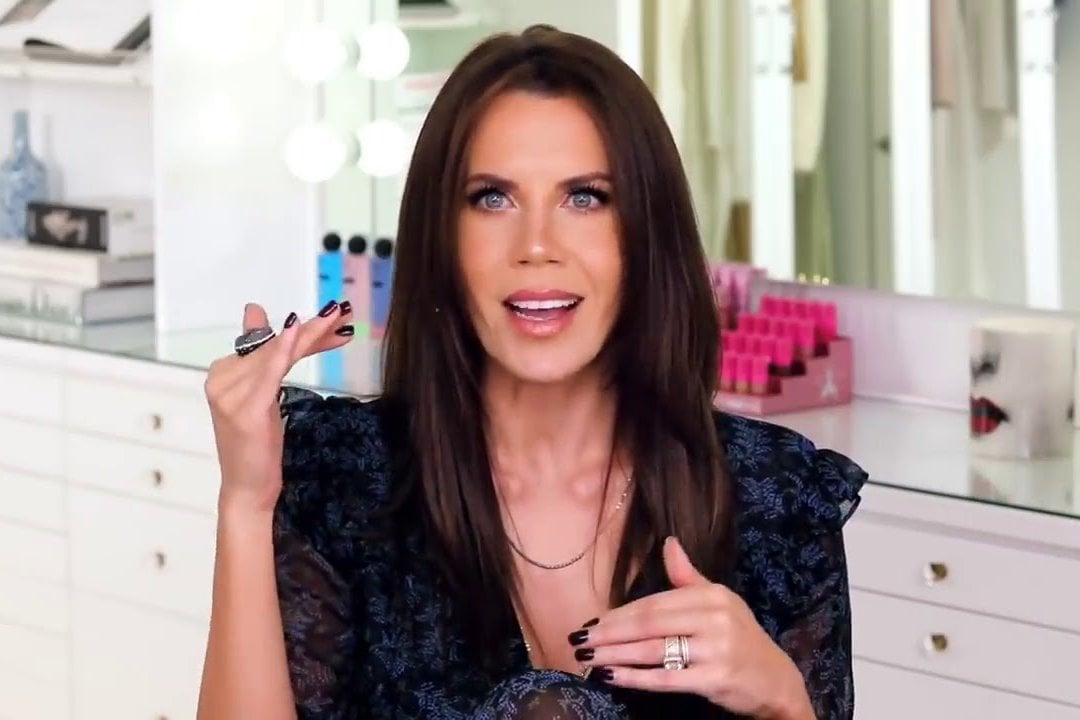 "You tried tricking a straight man into thinking he’s gay yet again, and somehow you’re the victim," she said.

"You know, it’s really disgusting to manipulate someone’s sexuality, especially when they are still emerging into adulthood and don’t have everything quite figured out," she added.

Controversial beauty YouTuber Jeffree Star also weighed in with a since-deleted tweet, writing: "There's a reason that Nathan [Star's ex-boyfriend] banned James Charles from ever coming over to our home again. He is a danger to society. Everything Tati said is 100 per cent true."

After the video was posted, Charles promptly lost more than one million YouTube subscribers, leading the influencer to issue an apology.

But in June 2020, Westbrook released a video titled "Breaking My Silence", claiming that she had been "beyond gaslit" and manipulated into making the "Bye Sister" video by fellow YouTubers Jeffree Star and Shane Dawson. She also apologised to Charles.

Okay, I remember now. So, what did James Charles do?

Although the dust has long since settled on the James Charles/Tati Westbrook saga, concerning allegations against the beauty influencer have continued to surface.

In February 2021, a 16-year-old boy claimed Charles had groomed him and sent him unsolicited nudes on Snapchat.

The accuser shared his story in a since-deleted video shared on Twitter, which contained censored screenshots of the nude photos that Charles allegedly sent the 16-year-old. The accuser also claimed that after telling the YouTuber his age, Charles continued to pressure him to reciprocate the nude photos.

"I woke up to several snaps from this person being excited I added him back, saying he loved me, and also lewd photos of himself in the shower," Charles said.

"I asked how old he was right away and he told me he was 18 so I started flirting back. In the excitement of meeting someone I thought could be potentially great, I didn't ask for a copy of his ID or passport," he continued.

"It's now clear, based on the video he uploaded, he was taking photos of me with another device, and had an ulterior motive from the beginning."

Charles added he plans to ask for an ID in future of "every guy I have a conversation with" to verify their age.

Since then, at least four more teenage boys have come forward to share their own allegations against Charles.

One 17-year-old claimed that Charles "continued to flirt with him" after he shared he was underage.

WHO COULD’VE SEEN THIS COMING: James Charles accused by 2nd underage boy of allegedly having inappropriate interactions. While the 17-year-old said nothing sexual happened, he alleges James allegedly continued to flirt with him after he told him he was 17. pic.twitter.com/g8UKKbNJhx

Another boy, 15, claimed Charles continually messaged him, despite allegedly knowing his age.

WHO COULD’VE SEEN THAT COMING: James Charles exposed for allegedly messaging 15-year-old. When James notices that boy shared one of their messages on his story, James snaps, accuses the boy of lying about his age, then blocks him. Boy alleges he never lied about his age. pic.twitter.com/VvtIlHmeE7

How has James Charles responded to the claims?

On March 26, Variety reported Charles would no longer be hosting the second season of Instant Influencer.

While the statement came amid allegations against Charles, the representative did not provide a reason for Charles' sudden departure from the YouTube Original show.

"We can confirm season two of the YouTube Original series Instant Influencer will take a new creative direction, including a new host," a representative said. "We thank James for a great first season, and look forward to building on the show’s success by expanding the opportunity to showcase a diversity of creators across the YouTube platform in our upcoming season."

His name has been trending on Twitter in recent days.

The (alleged) James Charles interactions with minors show a pattern of JC getting aggressive + claiming that the minor lied about their age once screenshots leak.

It's an increasingly worrisome use of his power dynamic. He shouldn't be privately messaging young fans at all.

On Wednesday, Insider journalist Kat Tenbarge, who broke a story in March about allegations within David Dobrik's 'Vlog Squad', described the allegations against James Charles as "increasingly worrying".

"The (alleged) James Charles interactions with minors show a pattern of James Charles getting aggressive and claiming that the minor lied about their age once screenshots leak," she wrote.

"It's an increasingly worrisome use of his power dynamic. He shouldn't be privately messaging young fans at all."

On Thursday, after a temporary silence across Charles' social media accounts, the 21-year-old uploaded a video titled 'holding myself accountable'.

"Today's video is going to be from the heart and I'm going to focus on what happened – all of the conclusions that I've come to – and most importantly holding myself accountable for my own actions," he began.

"First and foremost I need to say sorry. I owe a massive apology to anybody that I've hurt or anybody that I made uncomfortable with my actions."

He then repeated his claim that he asked the boys their ages on Snapchat and was told they were 18.

When he later found out they were 16, he felt "embarrassed" and immediately blocked them, he said.

"As I did more research on these topics and self-reflected, I realised that the receipts and the screenshots and the specific details of the interaction really don't matter, because I f***ed up, and I needed to take accountability for my actions and most importantly apologise to the people that were affected by them."

He'd come to realise there was an inevitable power imbalance between himself and fans.

"What I wasn't getting before is that the excitement that comes with talking to a celebrity is literally enough to make somebody do or say something that they normally wouldn't," he said.

"Even if that celebrity isn't intentionally weaponising their fame, money, or power. And that's the concept that I just wasn't getting, but I now do."

Charles said he took full responsibility and the conversations should never have happened.

"There's no one to blame for this other than myself," he said, ending the video to say he would be taking a break from social media to "reflect and further educate" himself.

This article was originally published on April 1, 2021, and updated with new information on April 3, 2021.

S
smh_autumn a year ago

Reply
Upvote
I am embarrassed to say that I used to be subscribed to him.
F
frenchy 10 months ago

Reply
Upvote
@smh_autumn right I know he has done some bad things in his life but we all do things we regret and he does regret the things he did and to be honest I have been subscribed to him for years and he is so talented. I hope you listen to his side of the story and rethink you comment
Thanks for your time
G
gu3st a year ago