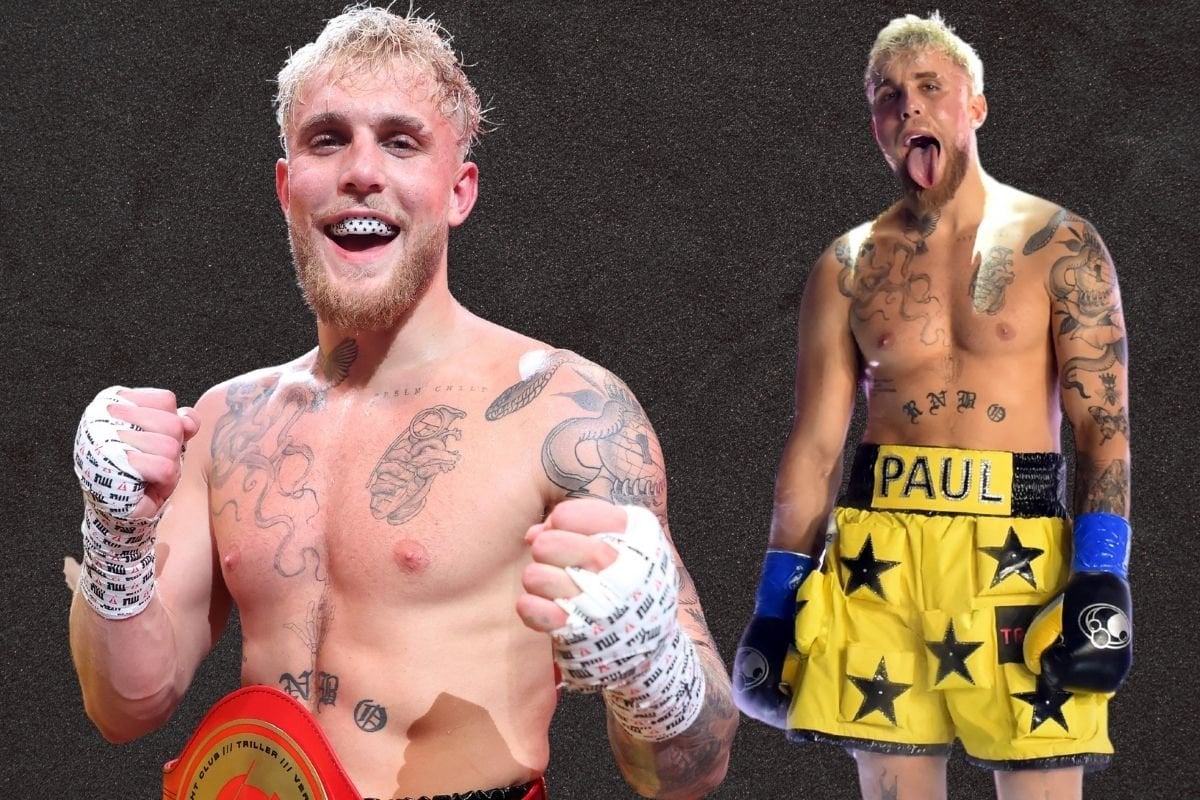 This post deals with sexual assault and may be triggering to some readers.

The YouTuber-turned-boxer won his fight over the weekend against retired 36-year-old Olympic wrestler Ben Askren with a knockout in the first round of the eight-round match.

The highly anticipated event, which boasted Justin Bieber as pre-fight entertainment and Snoop Dog and Pete Davidson as commentators, was only his third professional fight. 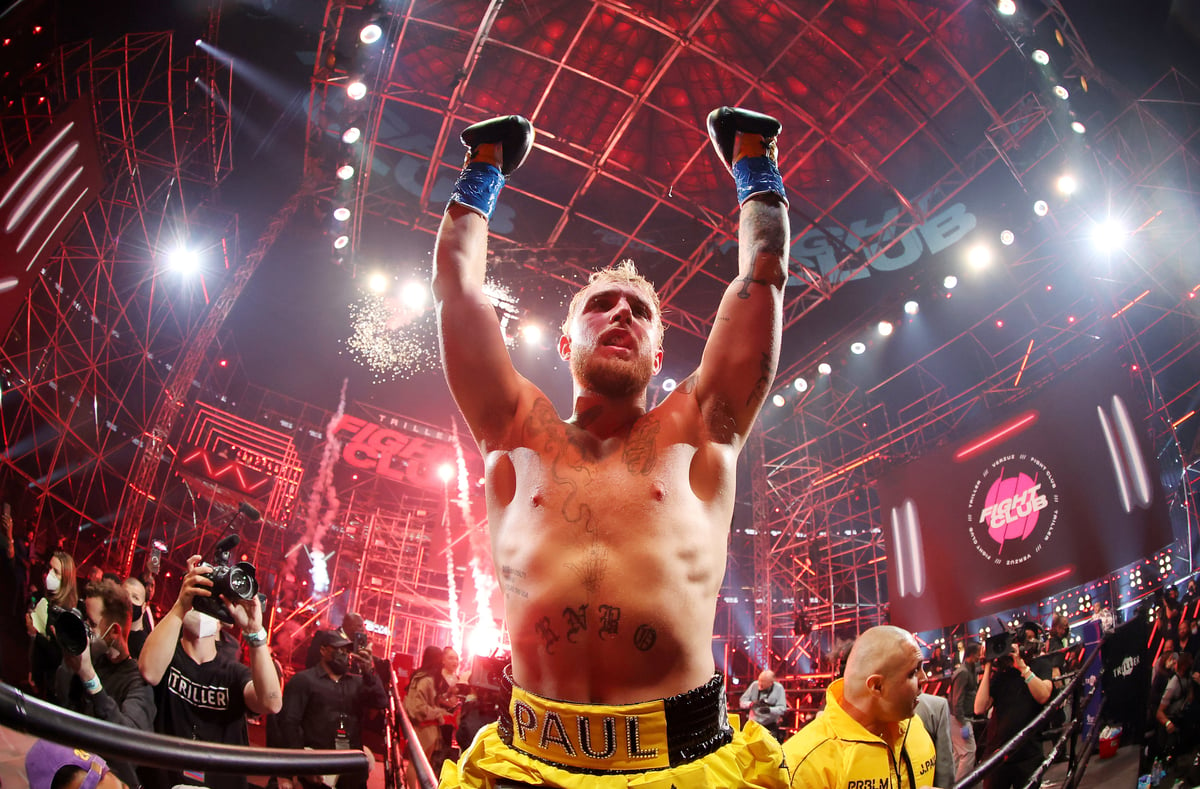 Jake Paul after he won his fight on the weekend. Image: Getty.

With more than 20 million subscribers and an estimated net worth of at least $11 million, Jake Paul is one of the most successful content creators on YouTube.

Since exploding on to the platform, the 24-year-old has also expanded his career into music and is now making a name for himself in the world of professional boxing.

But there's another side to Jake Paul's skyrocketing career.

Since finding fame on the now-defunct app Vine in 2013, Paul has faced an endless list of controversies.

In claims denied by Paul himself, Paradise alleged that Paul forced her to perform oral sex on him at his Californian home in July 2019.

Here's how the allegations unfolded.

Wait, remind me. Who is Jake Paul?

Jake Paul is one of the most notorious names in the YouTube world.

The 24-year-old, who is the younger brother of controversial YouTube star Logan Paul, initially shot to fame on the video-sharing app Vine.

After growing a following on the app, which is similar to TikTok, Paul landed the role of Dirk Mann on the Disney Channel series Bizaardvark in 2015.

At the same time, Paul was growing a loyal following on his YouTube channel after launching the Team 10 YouTube collective – a group of YouTubers who lived together in a Los Angeles mansion and 'vlogged' their daily adventures. 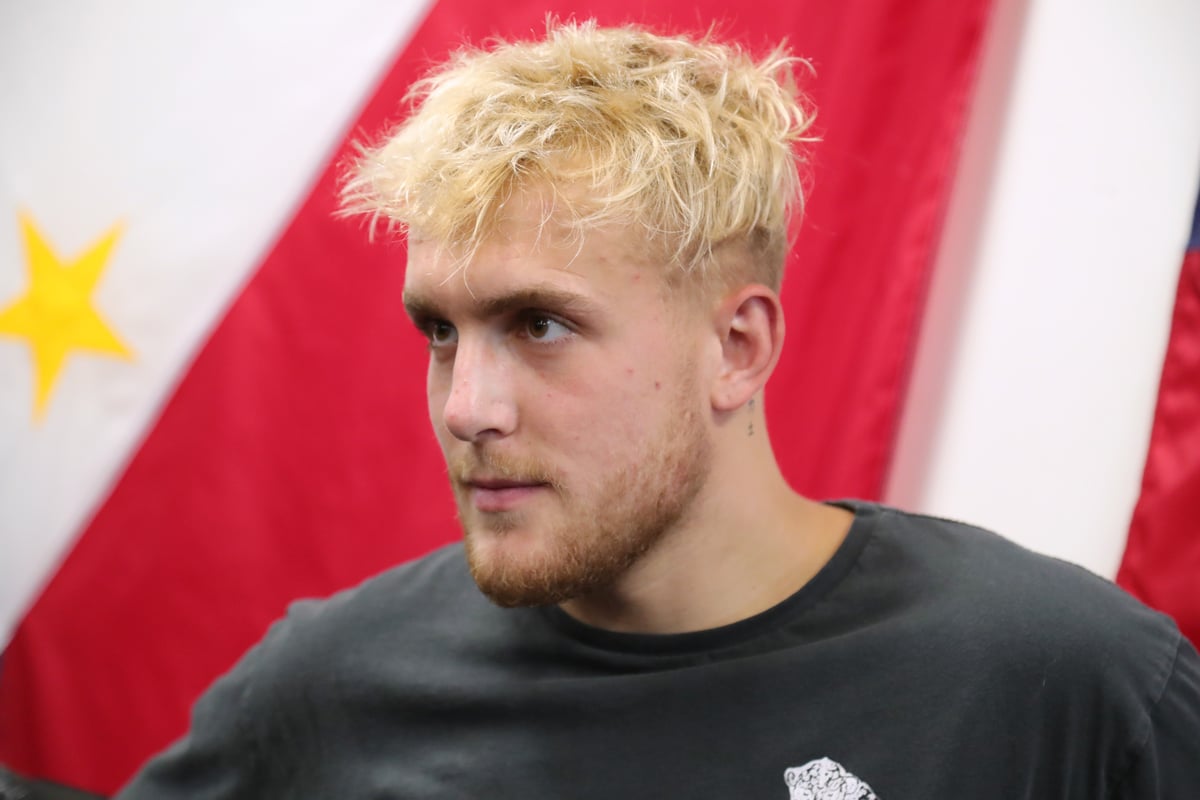 Jake Paul is 24 years old and one of YouTube's most successful creators. Image: Getty. In videos that garnered millions of views, Paul filmed pranks in his neighbourhood and leaked his own address online, leading hordes of fans to congregate outside his home.

For Paul's neighbours, living near the Team 10 house was a "living hell". And eventually, a local news network reported on the complaints flowing in from the YouTuber's neighbours about the noise and disruptions generated by Paul's pranks, parties, and fans.

The news segment, which later went viral, led the Disney Channel to fire Paul from his role on Bizaardvark.

Since then, Paul's controversies have only continued.

In recent years, the YouTuber has been accused of trying to scam young followers and has also been embroiled in controversies over the use of inappropriate terms in his YouTube videos.

He has also faced criminal charges.

In May 2020, Paul was charged with trespassing in Arizona after he uploaded a video of himself at a shopping centre where looting, rioting and vandalism was occurring.

Then, just two months later, Paul was publicly criticised by the mayor of Calabas after throwing a huge party in the height of the COVID-19 pandemic.

"Our leadership is failing us, and everyone kind of just doesn't know what to do," Paul told Insider at the time. "But I personally am not the type of person who's gonna sit around and not live my life."

As for his previous relationships, Paul has been involved in two fake wedding sagas. 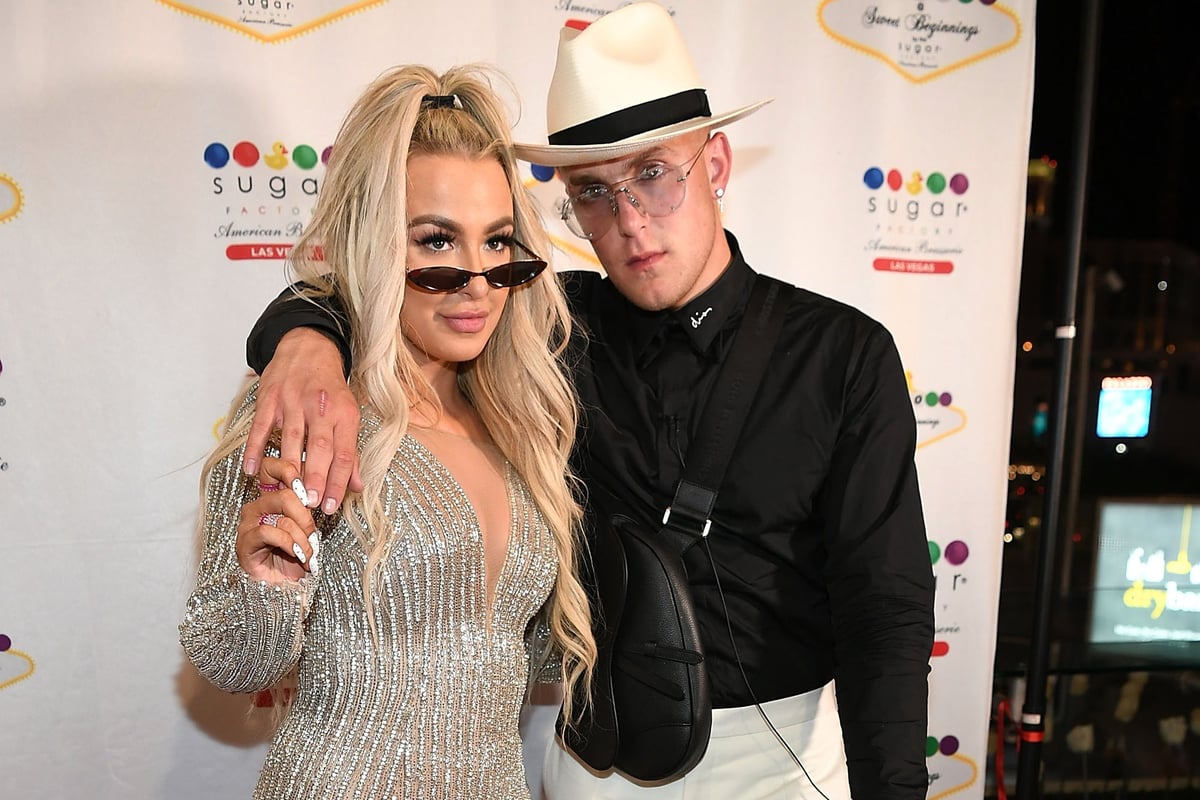 Tana Mongeau and Jake Paul arrive at their wedding reception in Las Vegas in 2019. Image: Getty.

Paul also had a 'fake' relationship with influencer Alissa Violet. However, Violet later claimed that she "chased" affection and attention from Paul.

Speaking to YouTube star Shane Dawson, Violet alleged that Paul was emotionally abusive during their time together. She also claimed that Paul cheated on her repeatedly and dragged her down a flight of stairs during an argument.

Okay, I remember now. So, what did Jake Paul do?

In a 20-minute YouTube video, Paradise accused Paul of forcing her to perform oral sex on him at his house in Los Angeles in July 2019.

In the video, the 24-year-old explained that she hadn't come forward earlier about the incident as she had signed a non-disclosure agreement prior to entering Paul's house, leading Paradise to believe that she "wasn't allowed to talk" about the alleged incident.

Paradise shared that she began hanging out with Paul in June 2019, after she was introduced to the YouTuber by a mutual friend.

During one visit to Paul's house, the YouTuber allegedly took Paradise to his bedroom. But while their encounter started off consensual, Paradise alleged that Paul later grew frustrated when she rejected his sexual advances.

“We were dancing in his room — like, ballroom dancing, you know — and then we were like kissing and stuff, and then he took it to his bed,” she said.

"Sex is very special and very important to me," she continued.

"Normally, everybody respects me when I don't want to do sexual things, so I thought that it was fine if I went in his room. I thought it would be fine to kiss him, because I thought he would stop if I didn't want to do anything else."

Paradise alleged that Paul then forced her to perform oral sex on him.

"He didn't ask for consent or anything," she alleged.

After the incident, Paradise attempted to reach out to Paul, but he never responded.

"I never got an apology or anything like that," she said. "I would have liked to have an apology because that was messed up, and I didn't want that."

At the end of the video, Paradise shared a series of photos to prove that she was at Paul's house.

How has Jake Paul responded to the claims?

In a statement, Paul's lawyer Daniel E. Gardenswartz claimed that the 24-year-old is taking legal action.

"While others have already begun to debunk the claim alleged against him, our client categorically denies the allegation and has every intention of aggressively disproving it and pursuing legal action against those responsible for the defamation of his character," Gardenswartz said.

"Our client believes that any false allegations diminish the credibility of those who have truly been victims of misconduct."

In a post shared to Twitter, Paul doubled down, claiming that the allegations were "100 per cent false".

"Noy only have I never had any sexual relationship with this individual, but this claim is solely a manufactured accusation and a blatant attempt for attention during a highly visible fight week," he said.

"I will fight this to the end to prove my innocence."

What has happened since?

Well, Jake Paul's fame only continues to grow amid the hype of his match. But amid the fanfare, there was one person who brought up the sexual assault allegation. Pete Davidson.

The SNL comedian was co-hosting the match over the weekend and interviewed both fighters before they entered the ring.

Whilst interviewing Paul in his locker room, Davidson brought up the sexual assault allegation, according to BuzzFeed. Producers muted the exact question, but we can hear Paul's response in the video.

#PeteDavidson asked #JakePaul about the sexual assault allegation in his locker room immediately before he took the ring in his fight against #BenAskren. 😱 pic.twitter.com/9tkmIjhglh

"You can't joke around about that," Paul replies.

"No, I'm not. I'm not," Davidson said in the awkward encounter.

In a later interview with Paul's opponent, Ben Askren, Pete Davidson said: "That's the message we're trying to get to the kids — that [Jake Paul] is a piece of sh*t."