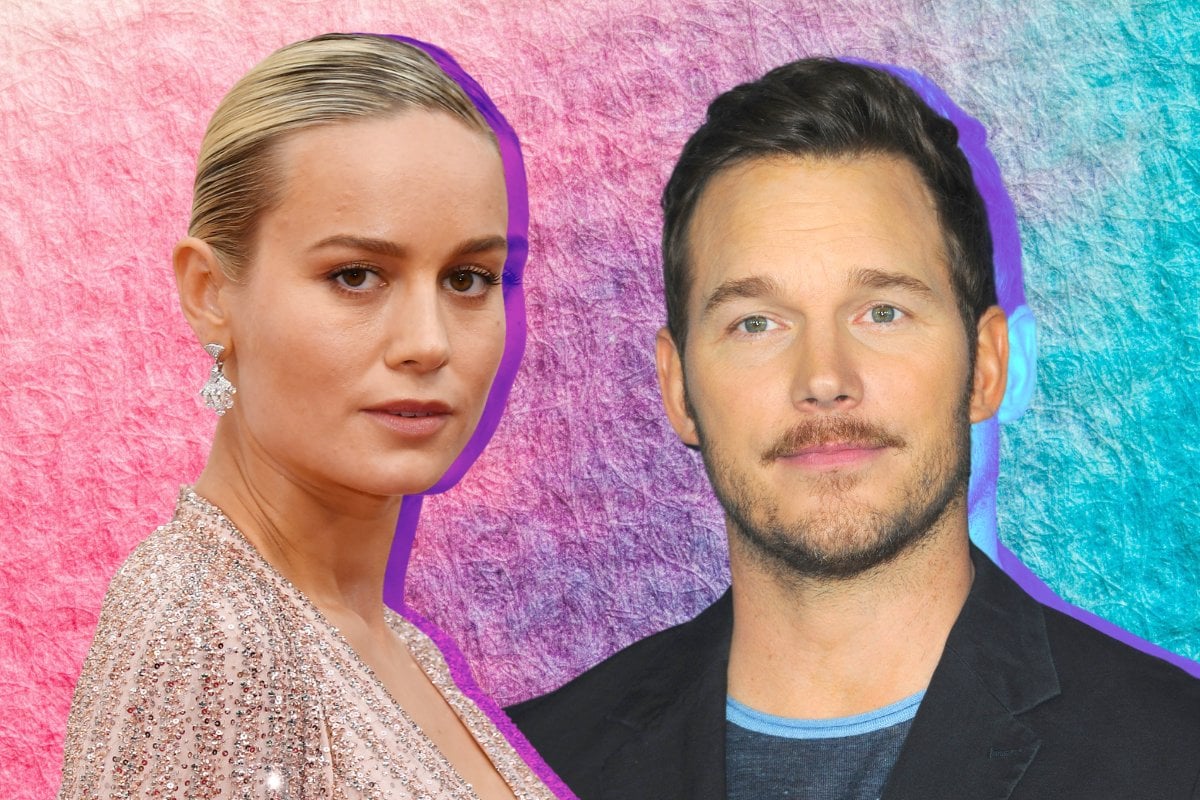 On October 17, Twitter user Amy Berg uploaded what most would consider an innocent, funny meme.

"One has to go," she wrote, alongside images of Hollywood Chrises: Chris Hemsworth, Chris Pine, Chris Evans and Chris Pratt.

It was a referendum of sorts, on four very famous Chrises.

One has to go. pic.twitter.com/HUWnbQOA43

It's not the first Chris-off: ranking blue-eyed actors named Chris is strangely commonplace on Twitter, flaring up every so often. Beyond that platform, googling 'The Chrises' brings up various articles about The Chris Wars.

Berg was playing on a Halloween candy meme doing the rounds, describing her intention as a "Chris 'snack' joke" but goodness, did it get out of hand.

While this is not a new fight, Berg's tweet led to the Chris War breaking out like never before.

It went from being all in the name of fun to the latest cancel culture scalp as overwhelmingly, the internet decided Chris Pratt was Hollywood's worst Chris.

The kindest of responses decided this based on his acting career, but as Berg's poll went viral, his religion, alleged political views and treatment of his pet cat became the talk of the town (and by town, I mean... Twitter).

What is the internet's beef with Chris Pratt?

Twitter has theorised that Pratt is a conservative Trump supporter. There is little solid evidence of this, but users have backed their assumptions with a number of things.

First, Pratt did not take part in an Avengers fundraiser for Joe Biden's campaign with most of his cast mates.

There is also the fact he follows controversial conservative commentator Ben Shapiro, as well as other conservative pages on Instagram. A bit of digging reveals he also follows California's Democratic Governor, Gavin Newsom, and a number of actors who have been very vocal about their anti-Trump political views.

Another issue pointed out by many users was Pratt's involvement in Zoe Church, a controversial evangelical church founded by Chad Veach, a former Hillsong Church preacher.

In 2019, actress Ellen Page slammed Pratt for supporting Zoe, citing concerns about the church's stand on the LGBTQI+ community.

Veach has called himself a "Bible guy" in an interview with New York Times when asked about abortion rights, and in 2017, he served as executive director on a documentary about people who "have struggled with 'sexual brokenness,'" which it stated included "same-sex attraction."

Finally, replies to Berg's Chris referendum brought up the fact that in 2011, Pratt gave away his then-wife Anna Faris' elderly cat via Twitter.

Faris had adopted the cat, Mrs White, after no one else wanted the elderly cat (who was actually famous in her own right - staring as Snowbell in 1999 film Stuart Little).

In a 2009 story with Entertainment Weekly, Faris said Mrs White was incontinent and typically used "the dining room rug for a litter box".

After receiving backlash for re-homing the cat, Pratt defended himself in a blog post:

"To those of you somehow hung up on the notion that I kicked the walker out from underneath our cat and threw her into the streets, first of all, cats don’t use walkers, so that’s a ridiculous notion. Secondly… I found my ageing cat a godd*mn loving home," he wrote, the Huffington Post reported.

"Bottom line, and not that this is any of your f**king business weirdos, but my wife and I want to start a family and we ABSOLUTELY CANNOT have an animal that sh*ts all over the house. Sorry. If you are a parent you will understand. And if not, that probably explains why you have such a hard on for cats. Just sayin’."

Okay... then what happened?

It really is a weird time, when a pretty innocuous meme turns into political discourse so intense Robert Downey Jr. warrants it worthy of a response.

By Tuesday night - three days after Berg inadvertently launched the Pratt takedown - a series of Pratt's Marvel co-stars had come out in support of him, unhappy with him being considered the least favourite Chris.

What a world... The “sinless” are casting stones at my #brother, Chris Pratt... A real #Christian who lives by #principle, has never demonstrated anything but #positivity and #gratitude... AND he just married into a family that makes space for civil discourse and (just plain fact) INSISTS on service as the highest value. If you take issue with Chris,,, I’ve got a novel idea. Delete your social media accounts, sit with your OWN defects of #character, work on THEM, then celebrate your humanness... @prattprattpratt I #gotyerbackbackback (📸 @jimmy_rich )

No matter how hard it gets, stick your chest out, keep your head up and handle it.
-Tupac
You got this @prattprattpratt . Your family, friends, colleagues & everyone who’s ever crossed paths with you knows your heart and your worth!

You all, @prattprattpratt is as solid a man there is. I know him personally, and instead of casting aspersions, look at how he lives his life. He is just not overtly political as a rule. This is a distraction. Let’s keep our eyes on the prize, friends. We are so close now.

So... how does Brie Larson factor into all this?

Brie Larson - aka Captain Marvel - copped a lot (seriously, a lot) of flack when she said Marvel Studios needed to work on diversity within the Marvel Cinematic Universe.

Speaking on The Big Ticket podcast in 2019, she said Marvel needed to move faster.

"I don't understand how you could think that a certain type of person isn't allowed to be a superhero. So to me it's like, we gotta move faster. But I'm always wanting to move faster with this stuff."

She'd been the subject of trolling since Captain Marvel March 2019 release, with many sharing sexist remarks and their dissatisfaction with her stances on feminism.

Larson told Variety she had no time for trolls, but after starting her YouTube channel in 2019 the trolling became bad enough that YouTube changed its search algorithm for her name to surface reputable news sources instead of hateful content.

Through all of this, the only Marvel stars to support her publicly were Don Cheadle and Chadwick Boseman.

And the internet hasn't forgotten that.

Avengers cast Avengers cast
when Brie Larson when people joke
is harassed about Chris Pratt
for 3 years being Republican pic.twitter.com/08neKSYA1o

Where was this energy when Brie Larson was massively harassed for months just for advocating for diversity in the industry? And they all knew about it. Suddenly Chris Pratt gets some criticism and they all come to his defense? The bar is hell. pic.twitter.com/4mmlfxFkig

Other instances referenced include Tessa Thompson, who received hate, including overt racism, after being cast as Valkyrie in Thor: Ragnarok.

Thompson once said she didn't want to work on sets populated solely by white men, which saw her harshly trolled.

"I want to see work that really looks like the world in which we live. There are lots of people of colour, look around. It’s also really exciting not just what we put on screen, but also to work on productions that are inclusive. I want to show up on set and have it look like the world I walk around in every day, which is full of women, and people of colour, and folk with disabilities. I want to make content that feels like that both on camera and off it," she told The Independent in 2018.

And Anthony Mackie, who like Larson called out Marvel for its lack of diversity, and was torn down by a number of fans online. Mackie again copped hate when at the end of Avengers: Infinity War (spoiler ahead!) his character Falcon was chosen to be the next Captain America.

So far, neither Larson, Pratt or any of the other cast have addressed this most recent turn of events, but this doesn't appear to be quietening down.

Reply
Upvote
Rehoming  your pet on social media is one of the dumbest publicity moves I can imagine. NEVER mess with cats on the internet.
cat lady 3 months ago

Reply
Upvote
Wow.  Diversity also includes the people you don’t agree with, or it wouldn’t be diversity.  Just let people have their own beliefs and stop savaging them.  Where is the tolerance?  Hate what we have become as a society.
gu3st 3 months ago