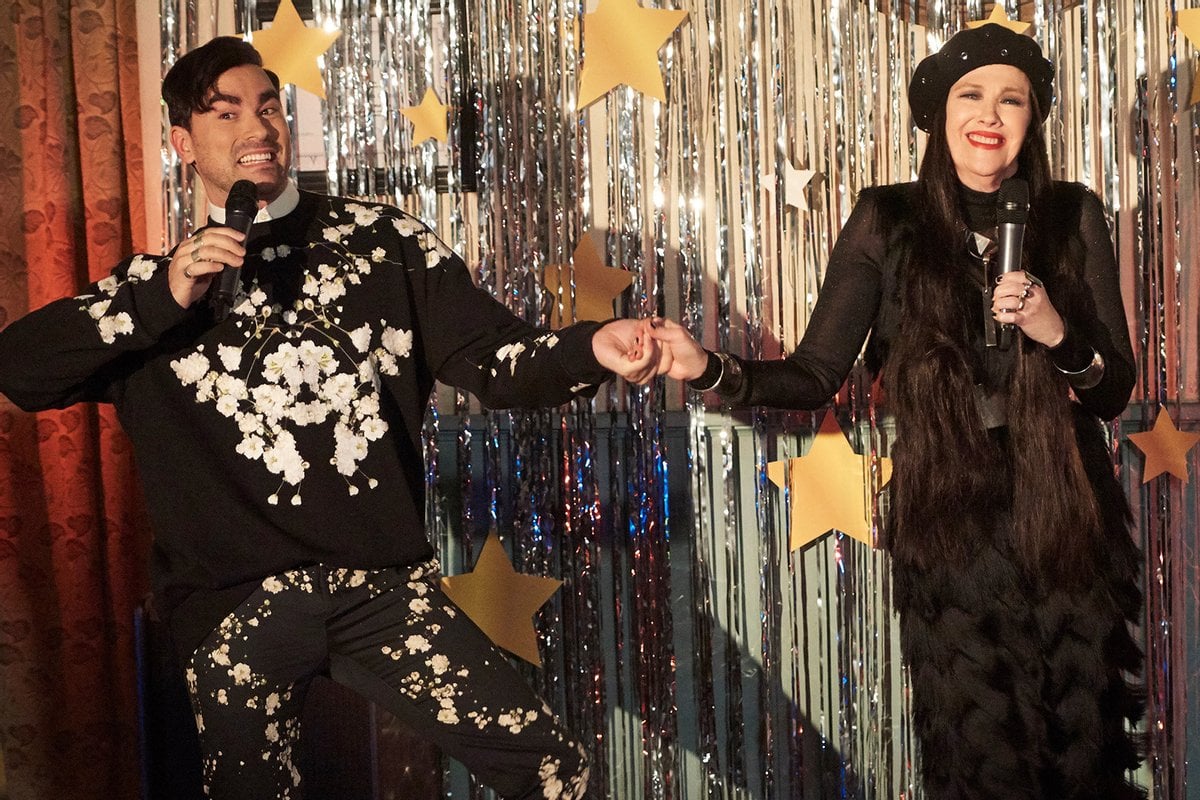 Families are weird. There's no doubt about that.

Here to prove that we asked 26 women to share the bizarre things their families do which they assumed were normal, until one day, people told them they weren't.

Prepare to laugh out loud...

But first, watch things you never say in 2021. Post continues after video.

"An important part of dental hygiene in our household growing up was sticking out your tongue as far as you could and then brushing far back from the throat. If you weren't choking and gagging, you weren't doing it right. I am now married and every morning and evening my husband is all, 'Are you ok? That doesn't look safe'."

"Whenever we asked what's for dinner, my Dad would say 'oscerooties and skimps'. I have no idea to this day what that means."

"My whole family used to call farts 'poonky woonkies' for some reason. I remember when I was in daycare I told one of the adults that I’m trying to poonky woonkie but nothing is coming out. They got really scared (I think they thought it was something serious in Hindi because I had a deep accent as well). They called my parents asking what was wrong. It was mad awkward even for a three-year-old."

"Growing up, when my dad used to read us books, you know where there are just random blank pages at the end of books sometimes? He would say 'Oh, and then there was a blizzard' to finish."

"When we used to complain as kids about petty stuff, Dad would stay silent and just make the letters 'YL' with his arms. (Kinda like you would for YMCA). It meant: 'You'll live.' We also played a game called lolly rumble where Dad would empty an entire bag of lollies on the carpet and we'd all have to rush over to grab as many as possible. Kinda gross in hindsight. We just assumed everyone played it."

"My dad used to take the dog out to pee and they’d pee together in the yard. It was their morning ritual."

"Not sure if it's weird but my parent's still fill up our Santa sacks every Christmas. My brother got married and they do it for his wife too. We also still get an Easter egg hunt from the Easter Bunny every Easter as well. For context, my brother is 28, his wife is 30, I'm 25 and my younger brother is 24."

"I don’t know if it's a family thing or a country thing but I was at a party several years ago and people were talking about what happened to them in their childhood and I very enthusiastically said 'oh like when you all get worms and your mom has that pink medicine in the fridge?' Apparently, no one else ran around barefoot in the country as a kid and got worms. I was mortified. I had no idea that was not a thing everyone experienced."

"Tinned corn on toast for a lazy dinner meal. In lieu of baked beans, which I hated as a kid. I didn’t realise it was a bit weird until I moved out of home and my housemates commented on it when made it for a quick dinner."

"On Christmas Day one person has to wear every present they got in some way and have their photo taken."

"Every new boyfriend/girlfriend/partner, etc, had to go through the initiation of being kissed by a certain great-aunt. We also ate most of our vegetables raw. Our parents weren't health nuts or anything, it's just how we ate everything. I don't think I knew cooked carrots were a thing until I went to school camp."

"I thought all families had cheese and biscuits before dinner most weeknights. Sometimes Mum would even bring out the smoked oysters."

"Declaring certain clothing items good luck or a 'moz'. For example, if a footy team won while wearing particular socks we needed to stick to wearing those items whenever our team played."

Listen to Mamamia Out Loud, Mamamia's podcast with what women are talking about this week. Post continues after audio.

"Bible study every morning before school. Even if it made us late!"

"My family pets always give birthday presents. My dad always buys smaller presents and writes on the wrapping paper in permanent marker, 'From Ellie' (my dog) or sometimes 'From the possums' (that live in the roof)."

"Tomato sauce on all forms of potatoes (not baked though). Fully thought it was normal until my friendship group told me otherwise."

"My nan used to take the top off a meat pie, scrape off the meat and put jam on it - so we had something sweet after savoury! Apparently, it’s super weird, but I loved it!"

"Hanging towels over bedroom doors to dry! So normal in my upbringing but when I do it now my husband whips them down quick smart and says it's so bogan!"

"Throwing a shoe at someone who needed good luck."

"My grandmother had a magic 'chookie' it’s like a little hollow China chook on a dish. We would run and hide and she would go 'chook chook chook' (chook laying noise) and then we would come back and it had laid lollies or chocolate for us! My mum still had it and does it for our kids now!"

"We give things strange names. My family calls soldier birds 'Twitty Twats', because that was what my great grandpa nicknamed them. Thought they were actually called that, and then one day in primary school I learnt they were not and I am strange. Also calls cockatoos 'Fraser Birds', because granny had a cocky called Fraser. There was a lot of learning for me."

"Make a wish when we dig into a new bottle of jam (or any condiment really)."

"My cousin's family called sporks 'silly spoons'. He thought that's what they were called until he went to a friend's place for dinner and asked someone to pass him a silly spoon..."

What's a weird thing your family does that isn't 'normal'? Let us know in the comments.

Reply
Upvote
1 upvotes
We always called our vulvas “tweenies” because they are between your legs and your vagina is inside you. Thanks to a nurse mum. She also calls farts “froodies” because that’s the sound they make. Makes me laugh hearing her ask my toddler if he froodied 😂
J
jo_mck 3 months ago

Reply
Upvote
When we emigrated to Australia from the UK in the early 80s my Mum was terrified of all creepy crawlies and then some genius  told her about the inevitable school headlice breakouts and occasionally WORMS!! She was so worried that she regularly de-liced and de-wormed all 4 of us kids even if we didn’t need it. We became so paranoid about getting worms from the obvious “if you pick your nose, you’ll get worms” stories etc that she would use it to her advantage. One day my brother got caught eating spoonfuls of sugar out of the jar and she off handedly said “stop it, it’ll give you worms”. Since that day none of us have sugar in anything and if anyone is making us a cuppa and offer sugar we all say “no thanks it gives you worms”. Perfectly normal to us, plus we’ve all got great teeth and don’t struggle with our weight.
News
General
Opinion
True Crime
Politics
Sport
Explainer
Entertainment
Celebrity
Reality TV
Movies
TV
Books
Rogue
Royal
Lifestyle
Beauty
Fashion
Weddings
Home
Wellness
Health
Fitness
Travel
Food
Parents
Before The Bump
Pregnancy
Baby
Kids
Teens
School
Parent Opinion
Work & Money
Money
Finance
Career
Lady Startup
Relationships
Sex
Dating
Separation
Friendship
Family
Real Life
Couples