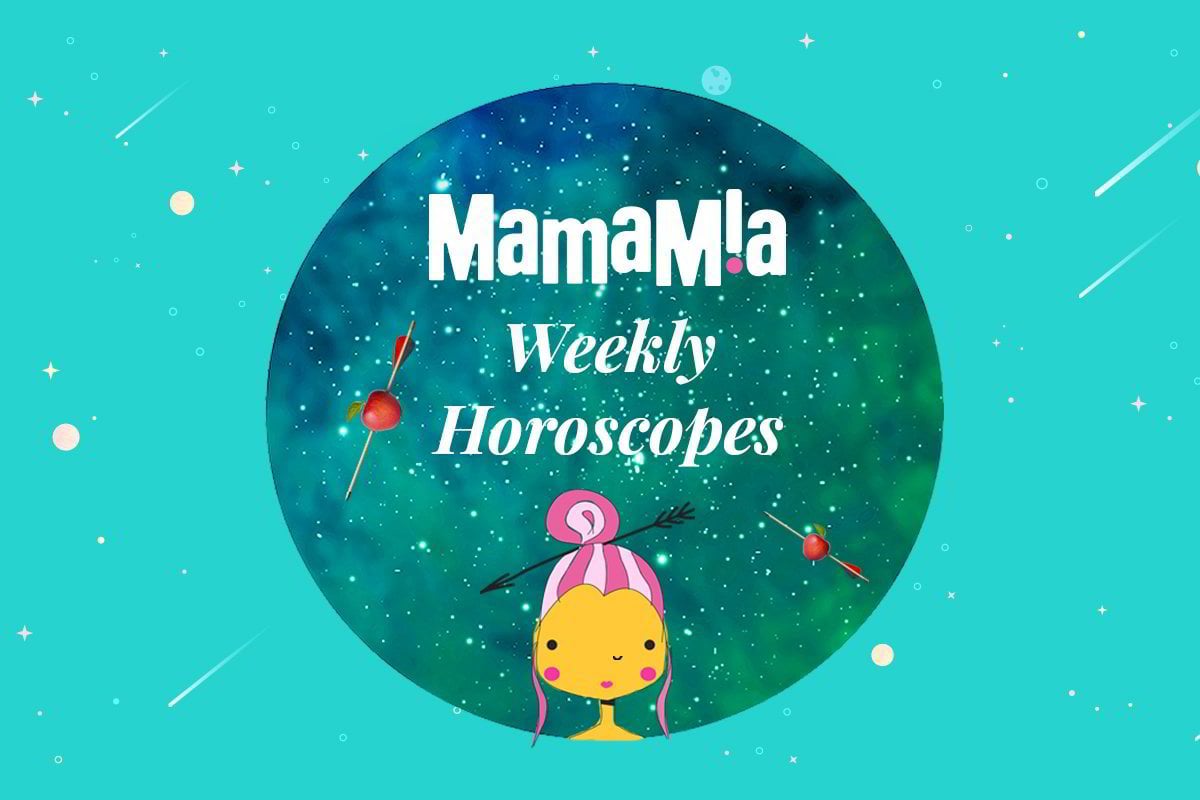 Natasha Weber is an astrology genius and has predicted our horoscopes for the week beginning August 2. For more from Natasha follow her on Instagram and Facebook.

Your bestie is the glue that’s holding you together. Lean on her a little harder, she’s a strong one. On Tuesday, La Luna is full in your friendship zone, offering support and guidance. You can relax, knowing that the advice you receive from this person is trustworthy. It’s hard for you to surrender and let someone else take the reins, but that’s precisely what will pull you through.

You’re emotionally invested in a short interstate trip or travelling outside your local area, but Venus says 'no!' The leisure planet insists you stay home this week. Postpone plans and pamper yourself in the confines of your own sanctuary. After a long, warm aromatherapy bath, you’ll forget all about wanderlust – for now anyway.

Watch: How the different horoscopes work out. Post continues below.

A karmic lesson arises this week when Venus and the Moon’s Node merge in your sign. This is especially potent for Twins born on the Gemini/Cancer cusp. Most likely, this involves romantic love or a relationship with a female. Pay special attention to what you learn and above all, tread the moral high ground. In other words, do the right thing.

Gorgeous Venus enters your sign on Saturday. Expect to be swamped with affection and possibly, an extravagant gift, from your partner. For singles, someone that’s had their eyes on you finally comes forward. Indulge in the romance, Cancer. No one loves to love like you do, so this week is bound to put a smile on your dial.

Clever Mercury visits your sign on Wednesday, spinning your mind into overdrive. You’re thinking about yourself, which isn’t as egotistical as it sounds. The cosmos is encouraging you to rejig your priorities. Have you allowed the needs of others creep ahead of your own? You have one of the biggest hearts of the zodiac, Leo. Look after yourself too.

Mercury sparkles mid-week, revitalising you with a fighting spirit. Only fools attempt to take you on, because you’ll win, hands down. An introvert at heart, this week sees you exercise your personal power. You decide not to take no for an answer or walk away from someone that's not making the grade. Either way, you control the outcome.

With Wednesday’s fun Moon in your love zone, romance is on your mind. It’s too easy to sit back and expect your partner to make all the effort, and then complain when nothing happens! This week, initiate a sensual rendezvous, massage or online date. Use your imagination and get creative. Discovering novel ways to connect is half the fun. Singles, the ball’s in your court.

Someone is riding in on their white horse to save the day! While you’re perfectly capable of rescuing yourself, a supportive presence is helpful. Venus suggests your hero is likely to be a female, so reach out to a best friend, sister or your mother. The issue may have to do with money, requiring you to swallow your pride or show your gratitude in a meaningful way.

Wednesday’s full Moon brings news of a friend or close associate. In fact, you may already be privy to this information. If not, expect a phone call sooner rather than later. Your friend wants to confide in you for a reason - they need your uplifting, positive vibes. Give generously and throw in some of the wicked humour you’re famous for.

You excel at wealth accumulation, Capricorn. If you haven’t already figured that out, give it more time because you can also be a late bloomer. The point is, Mercury grants you an opportunity to grow your money tree from Wednesday onwards. A successful outcome may involve a leap of faith, but don’t do this without having some facts up your sleeve first.

Wednesday’s full Moon in your sign may knock others for a six, but you’re on top of your game, Aquarius. Unpredictable Uranus wields its influence but is no match for your smarts. When a coworker or frenemy attempts to knock you off your perch, be ready with a rebuttal that’s outside the box. Make it something they never saw coming!

You may be tempted to overspend this week when an extravagant item, indulgence or experience takes your fancy. Venus lures you in with false promises. Still, I’m sorry to say, that's not going to fulfil you. Happiness rests with you, and not on a momentary splurge. Look within to sort out underlying issues rather than seeking a band-aid quick fix.