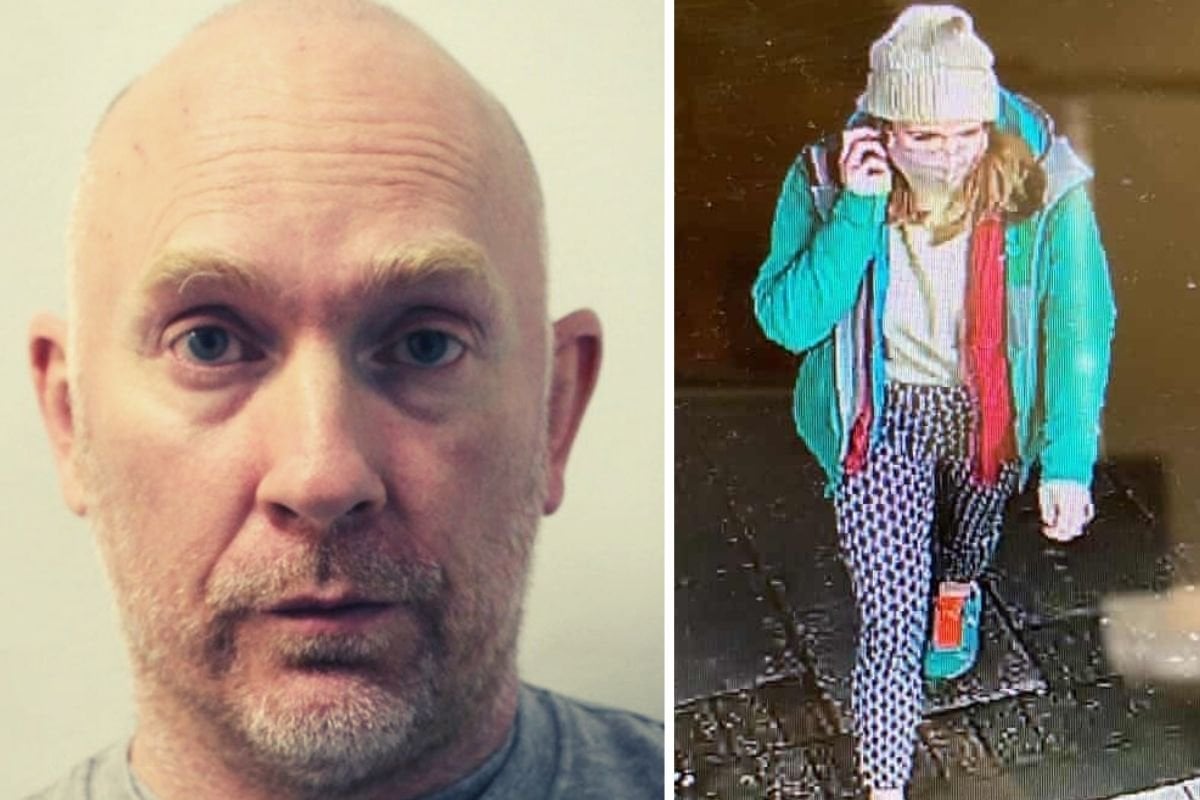 It took less than five minutes to kidnap Sarah Everard from a relatively well lit street in a busy London suburb in March.

She was approached by a police officer. He had a warrant card proving he was one. He told her she'd broken COVID-19 lockdown rules before handcuffing her and putting her in his car, a court heard.

To a witness in a passing vehicle, it just looked like an arrest from an undercover officer. They assumed the 33-year-old must've done something wrong.

Why would Sarah resist?

This man did not appear to be a 'monster', a creeper or a stranger who had been throwing prickly pickup lines her way. He was an officer of the law, someone she'd been taught to trust.

That officer was Wayne Couzens, who is about to be sentenced for her rape and murder in London's Central Criminal Court.

He was a police officer, but he was not 'arresting' her on March 3 in any legal capacity. And the car he bundled her into was a hire vehicle, one that the prosecution told the court was rented for the sole purpose of kidnapping a lone woman.

Watch: Former DCI Simon Harding, says Wayne Couzens “should never have been near a uniform”. Post continues after video.

Long before we knew the horrific details of this case, and Sarah's final moments, her story had captured global headlines.

She had been walking home from a friend's house in Clapham just after 9pm. She never made it home to nearby Brixton and a nationwide search began.

In court we learnt Sarah was handcuffed at 9:34pm. Four minutes later she was being driven to Dover where Couzens transferred her to his own car. He then drove to a remote rural area where he raped her. Then murdered her.

These details, this story, it changes everything for women.

As women we are always on alert for men. Especially at night while walking alone.

By all accounts Sarah was intelligent, savvy and streetwise. She wouldn't have just gotten into a car with someone she didn't know, the court heard. 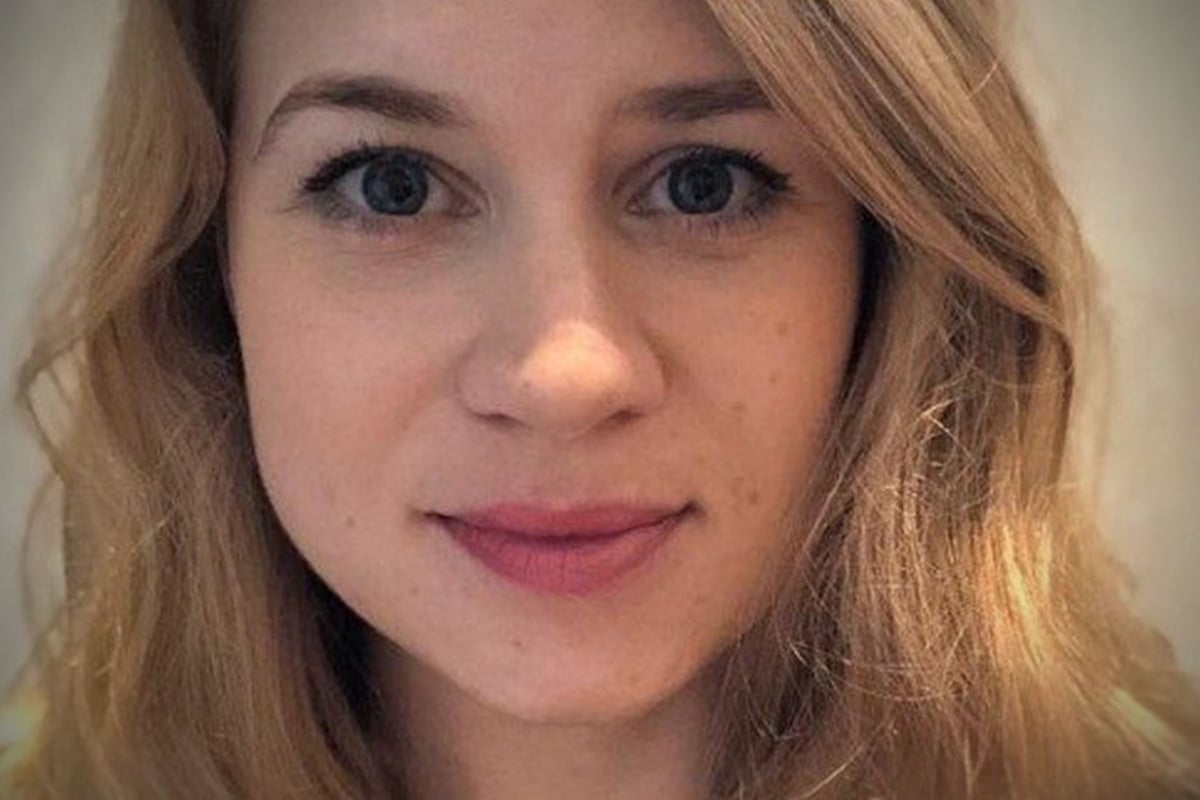 Sarah Everard, 33, was murdered in March by Wayne Couzens, who plead guilty to all charges against him. Image: Facebook.

But would she have complied with a police officer who told her she was under arrest? I would have.

But not even those in uniform are safe, is what we've learnt from Sarah's incomprehensible death.

Yes, he was a bad apple. They're in every industry. But we've also heard that the 48-year-old was "creepy" towards colleagues long before Sarah's murder. So much so he was nicknamed "the rapist," reports The Sun.

There was also a string of allegations against him, including reports he flashed two women at a McDonald's drive-through just three days before he kidnapped Sarah.

Despite CCTV and vehicle registration details being handed over to police, the alleged sex crime was not investigated, reported Metro.

This man wasn't an ex-cop when he committed this crime. He was a serving police officer, in fact he'd just come off a 12-hour shift at the US embassy on the day he took Sarah's life.

He'd also worked on COVID-19 patrols, enforcing coronavirus regulations. So he knew exactly what to say. He knew how to get her into that car without her second guessing his behaviour.

It's not all men.

But for women, this case proves that we have to assume it is. And that's terrifying. Because not many of us would have included police officers in that assumption. We would have hoped those in uniform were exempt - that they were safe. They took an oath to protect, after all.

Sarah's murder changes everything. Now when we walk home alone, we truly do have to assume all men.

Because it could be any man. Just look at former Met Police Officer, Wayne Couzens.

For more from Gemma Bath, keep up to date with her articles here, or follow her on Instagram, @gembath.

Reply
Upvote
3 upvotes
Exactly, it's not all men, but we don't know which men. And that's why men, if they want to be true allies, have to understand why women might be wary of them and change their behaviour accordingly. For instance, if you are walking at night behind a woman, cross the road, or go another way. She doesn't know that you aren't following her and you are probably scaring her.
S
snorks 9 months ago

Reply
Upvote
1 upvotes
@laura__palmer I'm all for everyone working together, but do you have such a low opinion of women that you don't think they can cross a road?
M
maree 9 months ago

Reply
Upvote
5 upvotes
@snorks but why must the onus be on women? Do you have such a low opinion of men?
M
mamamia-user-482898552 9 months ago

Reply
Upvote
4 upvotes
@snorks First, do you have such a low opinion of men to think they couldn't oblige by doing a small act like crossing the road to make someone else feel safe in public? Second, when you feel you are being pursued, instinctively you don't want to let onto the potential threat that you are scared or running away. Crossing the road makes you feel as though you are drawing more attention to yourself or provoking them to take chase.
L
laura__palmer 9 months ago

Reply
Upvote
5 upvotes
@snorks what mamamia user said below. It’s scary when you think someone is following you (or is actually following you, cos, yep, that’s happened to me and many other women) and you don’t want to just take off or do anything that might set that person off. . Maybe try listening to women and their experiences, rather than just chiming in with unhelpful, naive comments. I really hope you don’t consider yourself an ally. I don’t find you to be one, that’s for sure.
C
chrissyinthemiddle 9 months ago

Reply
Upvote
2 upvotes
I recall some self-defence advice which advised doing the opposite of what an attacker tells you. If they say ‘don’t scream’ then scream your lungs out. If they say ‘get in the car’ then don’t get in the car. Ignore their commands. They want to take you to a second location because they don’t want to be seen. That present location isn’t safe for THEM to do their crime and have good chance of getting away with it (their ultimate goal). So scream, run or fight. NEVER GO TO THE SECOND LOCATION! Do whatever you can to prevent that from happening. A survivor of Ted Bundy (who was playing a police officer) was able to jump out of his car and her testimony helped catch him.
C
cat 9 months ago

Reply
Upvote
2 upvotes
@chrissyinthemiddle yep, apparently a lot of predators will abandon an attack if it stops following the fantasy they had.  Realistically you have a better chance of surviving if you resist & get stabbed at location 1 than if you got to location 2. And if nothing else, scratch their face so their DNA is under your nails & the police can see the scratch marks.
News
General
Opinion
True Crime
Politics
Sport
Explainer
Entertainment
Celebrity
Reality TV
Movies
TV
Books
Rogue
Royal
Lifestyle
Beauty
Fashion
Weddings
Home
Wellness
Health
Fitness
Travel
Food
Family
Before The Bump
Pregnancy
Baby
Kids
Teens
School
Parent Opinion
Work & Money
Money
Finance
Career
Lady Startup
Relationships
Sex
Dating
Separation
Friendship
Family
Real Life
Couples