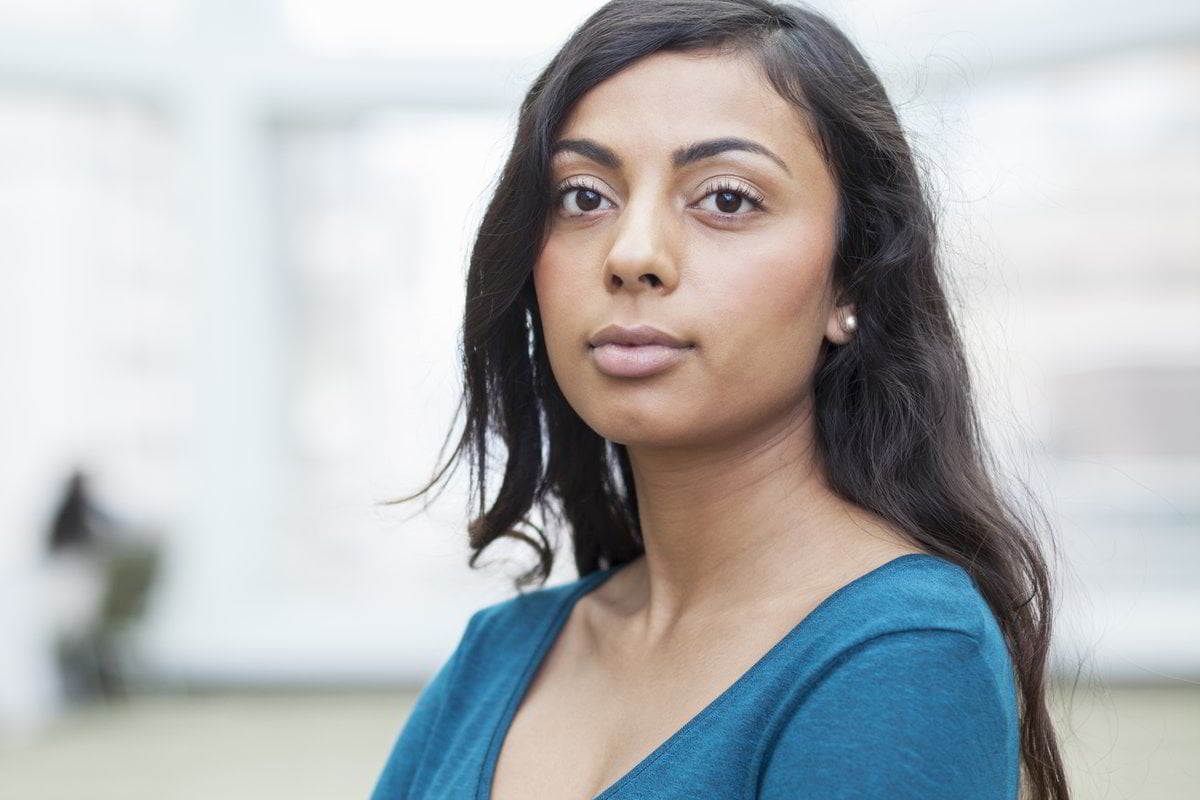 I was 20 years old when my childhood sweetheart, Tyler, told me about his new co-worker, Marissa.

He described her as a cougar who wore sheer, low-cut blouses and flirted with all the young men at the office.

“Does she flirt with you?” I asked, alarmed.

“She tries,” Tyler smirked. He looked almost proud, but then he fixed his expression. “Don’t worry. I’m not into her like that.”

WATCH: How to have better sex. Post continues below.

He tried to change the subject after that. But I kept following him around the house, asking questions about Marissa’s personality and appearance.

Tyler and I had been together since we were 13, and I feared our paths were long overdue a divergence. What if this Marissa was about to poach him? The prospect terrified me.

Having grown up loving Tyler, I had no concept of life without him. In contrast, he always seemed to be on the brink of some new escapade that didn’t involve me.

He often said things like: “I’m going to move to Europe one day” without explaining where that would leave me. I think in some sadistic way, he enjoyed seeing me quake at the thought of him leaving.

Being young and inexperienced at the time, I had no idea how unhealthy our relationship was. To add to my insecurities, Tyler found a picture of his office Christmas party and pointed Marissa out to me.

She was a buxom brunette with alluring feline eyes and long, shapely legs like a supermodel. My heart sank when I saw her picture.

“She’s gorgeous,” I said in a tiny, defeated voice.

“Not as gorgeous as you!” Tyler answered immediately.

For a short while, that made my naive 20-year-old self feel better.

A few months later, when Tyler’s birthday approached, I asked him if there was anything he wanted as a gift.

We were in bed at the time. We’d just finished having sex, and I posed the question as I lay in his arms.

He took a slow, deep breath in before he answered.

“This year, I’d like us to experience something together. It might sound weird at first, but if you’re open-minded enough, it could bring us both a lot closer.”

I still remember the chill that seeped through me as he continued.

Tyler told me Marissa had a fetish. She liked to have sex with young men while their girlfriends watched, and she’d propositioned him at work.

He made it sound like Marissa had approached him out of the blue. It was as if he lacked any will or interest of his own.

But I could tell by the way he bit back his smile that the idea excited him. His muscles were taut with repressed energy, and he had a greedy, lustful gleam in his eyes.

“It would all be above board,” he insisted. “I mean, you’d be watching! So it’s not like we’d be fooling around behind your back.”

“I’m not sure about this.” My voice was hoarse and shaky. Hot, prickly tears threatened to blur my vision. I choked them back.

“Come on, Angie.” Tyler stroked my face. “Aren’t you curious? Don’t you want to try something new?”

I wanted to respond with an outright “no”, but I didn’t want to limit Tyler’s freedom. I often worried he found our seven-year relationship boring and confining.

My biggest concern was that if I refused, Tyler would break up with me and go ahead with his new adventures anyway.

Then what would I do?

A single tear spilled onto my cheek. Tyler kissed it away.

Then he sighed and turned away from me as if I’d tired him out. “That’s a real shame, Angie. You used to be so much fun.”

It was the disappointment in his voice that did it.

Marissa arrived at our house on the evening of Tyler’s birthday.

Statuesque and voluptuous, she was even more stunning in person than I’d imagined. She wore a burgundy velvet dress and a sensual, musky perfume.

Due to a mixture of jealousy, nerves, and awe, I could only manage monosyllables in her presence.

In contrast, she made conversation effortlessly. She seemed accustomed to parties.

Unfortunately, that meant she and Tyler slipped into a comfortable rapport. Meanwhile, I hovered dumbly in their vicinity like some kind of irrelevant fly.

After several glasses of rosé, we retreated to the bedroom.

I took my place on the beanbag while Tyler and Marissa reclined on the bed. As they started kissing, I sipped more rosé to stop myself freaking out.

Tyler unhooked Marissa’s bra. Her breasts spilled free. I gulped… and then something weird happened. I realised watching her was kind of arousing.

I think it was because she had such a sassy manner. She wasn’t afraid to show Tyler what she wanted. She wrapped her legs around him, maneuvering him into position against her hips. Grabbing his hand, she placed it on her boobs, then tossed her head back and moaned while he groped her.

Their movements grew more and more heated, but I couldn’t tear my eyes away. Although I expected to be blazing with jealousy, I was much more mesmerised and turned on by Marissa.

I felt she was the most beautiful woman I’d ever seen, and in a way, I understood Tyler’s hunger for her.

When he pushed himself deep inside her, she made eye contact with me. And instead of hating her, I felt powerfully connected to her. It was like a transcendent moment we were sharing.

I touched myself and held her gaze. Incredibly, we climaxed together.

Marissa got a job in a different state soon afterwards, so we never shared an experience like that again.

But even now, over a decade later, I still think about that night and the surprising feelings it brought up.

I want to make one thing clear.

I’ve described the experience above as ultimately enjoyable. However, that was something of a miracle. Neither Tyler, Marissa, nor I went about setting up the experience in the right way.

Tyler pretty much guilt-tripped me into the encounter by implying my reluctance made me boring.

Marissa didn’t try to get to know me, make me comfortable, or understand my needs when she arrived at my place.

Finally, I agreed to the encounter because I was insecure and afraid of losing Tyler. I didn’t want to seem like a party pooper or like I was holding him back.

Despite these glaring issues, we all ended up having a pleasurable experience — but luck played a massive role in that.

The whole thing could easily have been an absolute disaster. In fact, it would have been, were it not for a very specific kink of mine which I discovered that night.

I’ve spent a long time trying to understand my sexuality, and I’m still figuring things out. But based on how much I enjoyed watching Marissa have sex with Tyler, I believe I may be a cuckquean.

According to Fetlife’s glossary of kinks, a cuckquean is a “woman who enjoys the voyeuristic experience of watching their partner have sex with someone else.”

When I watched Tyler having sex with Marissa, it was almost as if I became her. I felt grateful she gave Tyler so much pleasure, and through her, I felt closer to him.

That doesn’t mean I’m happy to have partners cheat on me randomly at any given moment. That night, my arousal occurred in a very specific situation. I’m yet to explore this kink of mine further, and maybe I’ll do so one day down the line.

For now, if there’s one takeaway I want to leave you with, it’s this.

Yes, cuckqueans exist. But so do inconsiderate partners, jealousy, and awful communication. And whether you’re a cuckquean or not, those things can be destructive.

So if you’re going to explore a sensitive side of your sexuality, please go about it more carefully than I did!

﻿This post originally appeared on medium and has been republished with full permission.