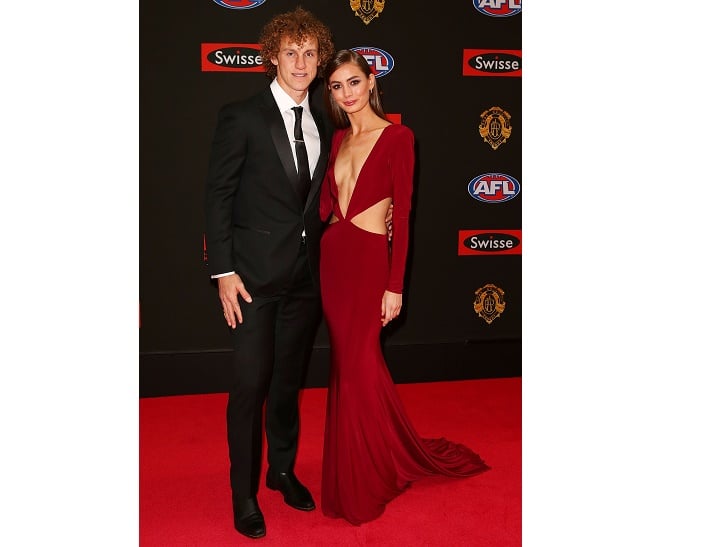 Though we usually only see many of the WAGs on Brownlow night in full-blown goddess mode, there’s more to these women than just being ridiculously good-looking.

There are many accomplished professionals, entrepreneurs and busy mothers among those who tolerate their partner’s obsessive fans and Mad Monday celebrations.

This is what some of the women do when they’re not on the red carpet:

Bec, a long-time fixture on the Brownlow red carpet, hosts travel show Postcards and presents the weather on Melbourne’s Nine News. She is the mother of Oscar, 4, and 19-month-old Billie. She is heavily involved in sportswear brand Jaggad, a company in which her husband is an investor. Judd also co-founded Melbourne beauty school Beauty EDU. And she has her own lifestyle website called Rebecca Judd Loves. Oh, and she’s also a model, brand ambassador and a qualified speech pathologist. That is one busy lady.

Felicity is the editor of Women’s Health magazine and regularly appears on Channel 7 programs, including Sunrise. The mother of two young boys also studies nutrition.

Megan Gale (dating Richmond player Sean Hampson): Megan was a household name pre-WAG status due to her successful modelling career. She has dabbled in TV presenting and designing swimwear. More recently she has delved into acting, appearing in The Water Diviner last year and blockbuster Mad Max: Fury Road this year. She and Hampson also have a very cute son called River.

Nadia Bartel (married to Geelong player Jimmy Bartel): Nadia, who is pregnant with the couple’s first child, has her own fashion blog, ‘Chronicles of Nadia’, and regularly writes for the Geelong Advertiser.

Elise Swallow (married to North Melbourne captain Andrew Swallow): Elise is the director of The Voice Within Speech Pathology and a senior speech pathologist. She works largely with children, but also provides vocal training to adults. She is also very pregnant with the couple’s first child.

Jesinta Campbell (engaged to Sydney Swans player Buddy Franklin): Jesinta is a TV host, model and former Miss Universe Australia titleholder. She was a contestant on The Celebrity Apprentice Australia and has more recently been an advocate of mental health issues after it was revealed her fiancée was struggling with mental illness.

Mardi Harwood (dating Crows player Patrick Dangerfield): Mardi, who met Dangerfield at high school and is the daughter of a former Geelong mayor, works as an aquatic therapist in Adelaide.

Beautiful and talented. Those are some lucky footballers.

In case you missed the WAGs on the red carpet at the Brownlow Medal, click through our gallery below.

thank god for Ashleigh Priddis! A Mother and a primary school teacher. Probably the most interesting person out of the lot of them. And Patrick Dangerfield's girlfriend, around since High School, how refreshing. I don't know why most of these men just don't get themselves a cardboard cut out to carry around.

so many "lifestyle websites" AKA i don't have a real job so i just post about my hair and nails on this website and hope people will take me seriously https://www.youtube.com/wat...