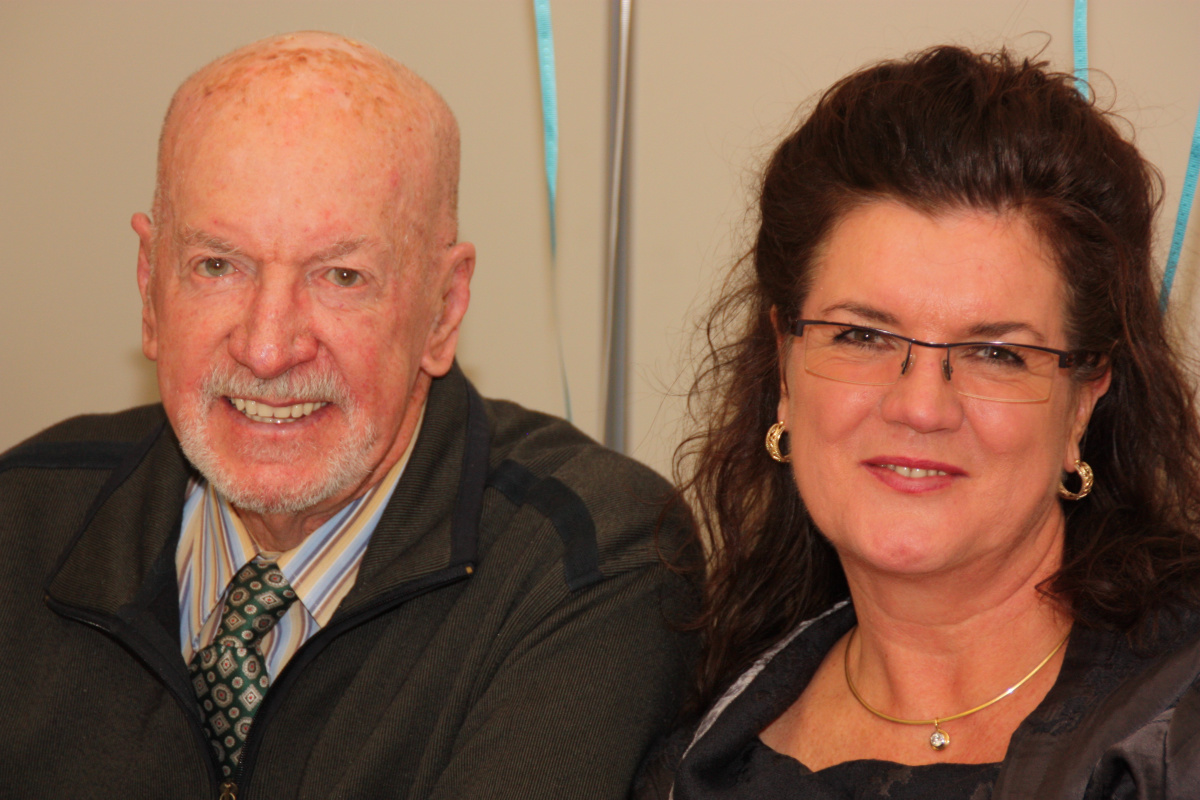 He died peacefully and with dignity in my home, on his own terms and was in control of his life right up until the end.

My father was one of the first Victorians to access the Voluntary Assisted Dying Scheme which was legislated in November 2017 and came into force on June 19, 2019.

Keith was a strong and engaging man with a keen interest in people, and he loved to learn about others. He also never left you in any doubt on his thoughts and beliefs.

One of these was that voluntary euthanasia should be legalised in Australia.

When the Voluntary Assisted Dying Act was passed in 2017 by the Victorian government, Keith rang me and said that he was pleased that a genuine act of humanity had been made legal.

Finally, people who needed and wanted to access voluntary euthanasia now could.

In March 2019, Keith was diagnosed with bowel cancer.

Whilst he was willing to fight and underwent multiple surgeries and radiotherapy, he got to the stage where further treatment was not an option.

As a passionate supporter of the human right to a dignified death and end to suffering Dad was very relieved when the VAD Act came into force just a couple of months later.

Keith decided to access the VAD Scheme and asked me to support him as he worked through the comprehensive application process to ensure that he met all legislative requirements.

It was a learning curve for everyone involved including Dad, the extended family, doctors, specialists, nurses, pharmacists, and hospital administrators. Dad was pragmatic and accepting that his life was coming to an end, and he talked with Mum (his wife of 67 years) as he needed to be confident that she was at peace with his decision.

Mum gave him the support he needed, and he decided on the time and date he chose to leave this world: 11am on September 17, the same day his first grandchild was born.

The palliative care hospital where Dad had spent many weeks did not have VAD policies that would have enabled Keith to action his end of life choice. He therefore discharged himself from hospital and came to our home.

On September 17, Dad spent the morning reading and signing letters he had written to his loved ones – his wife, his five children and nine grandchildren. 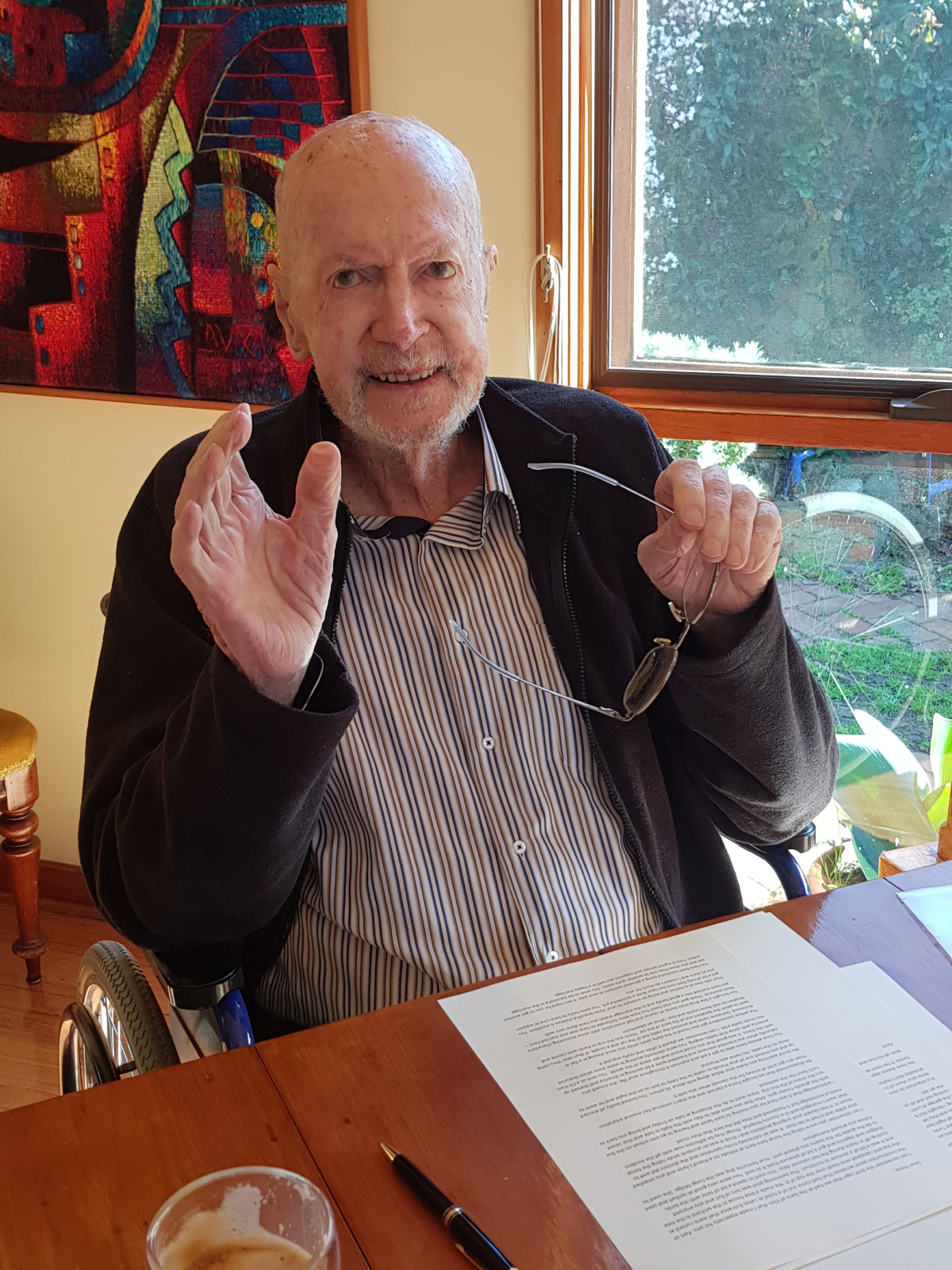 There was never a glimmer of doubt that his death would be on his own terms and that VAD was what he wanted to do. Dad was also clear that he would not be surrounded by people.

Even though he loved his family, equally and deeply, he needed his world to be quiet and calm.

In his final moments, we played his chosen music — Amazing Grace and lit a candle in memory of those already passed.

The last thing I said to my father was “Dad you go with so much love” to which Dad replied, “And I don’t want anything else”. He then quietly drifted away.

And so, at the end of my father’s life’s journey, I find that whilst I am sad that my much-loved father has died, I am also grateful.

I am grateful to the Victorian government for passing the VAD Act that enabled my father this end of life choice.

I am grateful to the doctors, nurses and allied health professionals who supported my father and treated him with dignity.

I am grateful to the pioneer doctors who stepped forward to assist my father to access the VAD Scheme and recognise their courage, and I am grateful for a society that offers excellent palliative care and end of life choices.

It is my belief that all Australians should be afforded a dignified and peaceful death and that Voluntary Assisted Dying should be a normal end of life option.

It is equally important that the VAD Scheme is demystified.

By sharing the stories of those who have experienced VAD we can improve understanding of this end of life choice.

It is my hope that by sharing my father’s story, we will assist the community to better understand VAD and that this increased insight into the experience of a person who chooses to access VAD helps to diminish any potential stigma.

The first anniversary of the VAD Scheme being operational in Victoria is on June 19, 2020 is a time to reflect on the VAD Scheme that has allowed many people a peaceful and dignified death of their choice.

Reply
Upvote
Hi Random Dude,
The Victoria VAD Scheme has 68 seperate safeguards. It is a comprehensive application and assessment process with strict access criteria. There is no need for legal support. The VAD Navigators provide initial advice on the process and DEpartment of Health website has extensive resources.
random dude 16 days ago

Reply
Upvote
2 upvotes
Thanks for sharing your experience Marita, as a long time supporter of the VAD policies  I'm pleased to hear your Dad was enabled to make that choice.
I'm not sure if you read the comments, but I did want to ask a few questions if you don't mind (nothing too personal) Was the red-tape difficult to go through (eg was a lawyer needed to decipher the legal requirements) and were the various people involved in the process helpful and supportive during the process?
Thank you
News
General
Opinion
True Crime
Politics
Sport
Explainer
Entertainment
Celebrity
Reality TV
Movies
TV
Books
Rogue
Royal
Lifestyle
Beauty
Fashion
Weddings
Home
Wellness
Health
Fitness
Travel
Food
Living, Naturally
Parents
Before The Bump
Pregnancy
Baby
Kids
Teens
School
Parent Opinion
Work & Money
Money
Finance
Career
Lady Startup
Relationships
Sex
Dating
Separation
Friendship
Family
Real Life
Couples