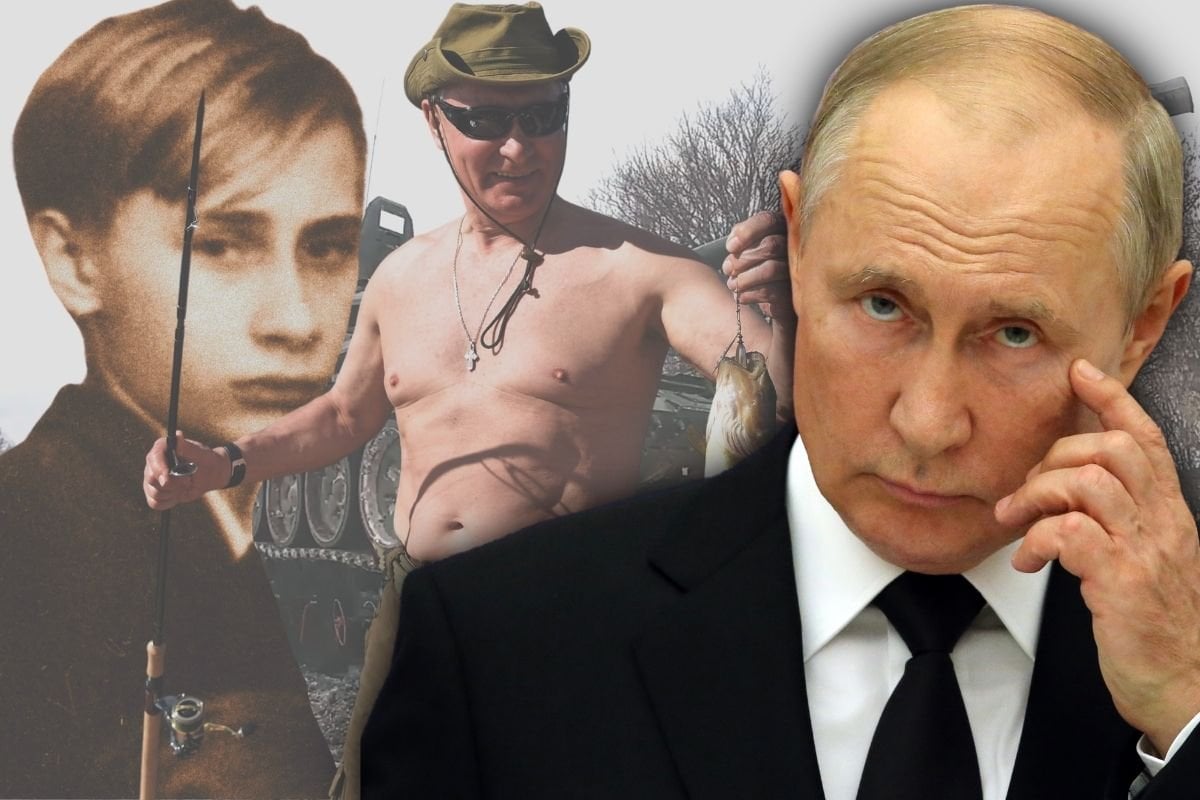 Known for having an aggressive streak as a child, the now-Russian president grew up wanting to be a spy.

While his career started off in that direction, a sharp U-turn in his late 30s saw Putin enter politics and rise to the highest office in Russia just three years after arriving in Moscow.

There, he built a reputation as one of the most ruthless rulers of our time. A reality we're seeing play out right now, as he declares war on Ukraine in the biggest attack on a European state since World War II.

Putin's dad - also Vladimir - fought against the Nazis during WWII on Soviet submarines. His mother, Maria, was a factory worker.

They had two other sons, who died before Putin was born. Albert died in infancy, and Viktor died aged two from diphtheria, after being taken by his mother to a children's home in an effort to save him during the 872-day siege of Leningrad.

Putin grew up in post-Nazi era Russia, with a teacher describing him in a grade brook from his early years as someone who "threw chalkboard erasers at the children." 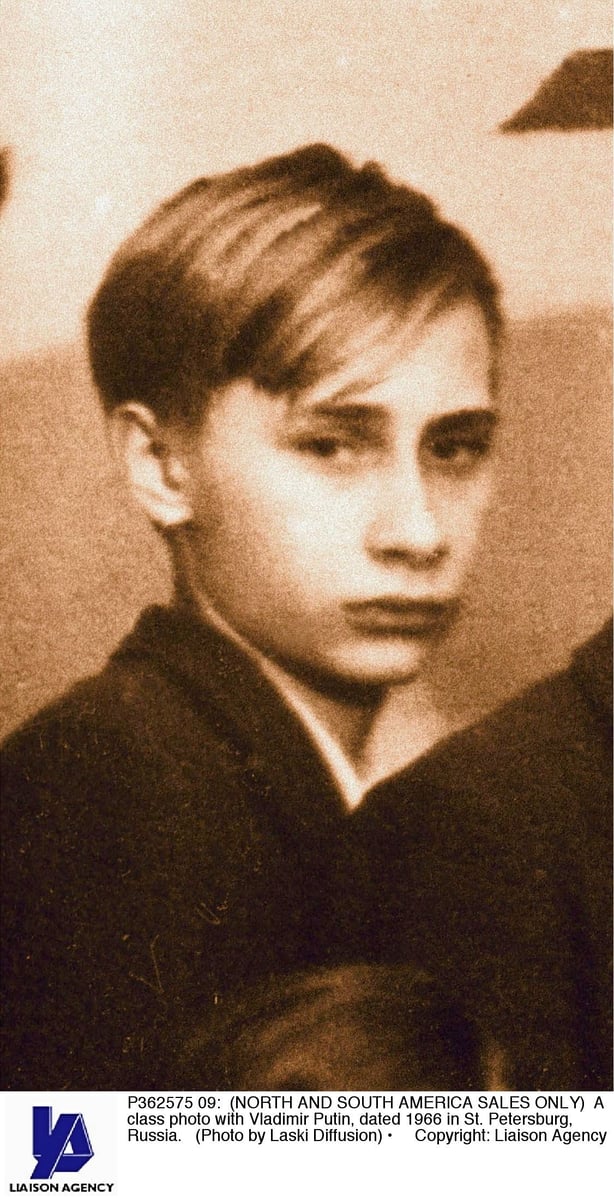 He was reportedly known as a "hooligan" and jumped at the chance for a brawl.

Aged 12 he found an outlet for his aggression in martial arts sambo and later judo, in which he achieved a black belt.

In describing his courtship with Lyudmila on his website (as reported by The Washington Post now that every mention of her has been erased), Putin said: "I became friends with Lyuda, my future wife… I understood that if I don’t marry for another two-three years, I will never marry. Though, of course, I had made a habit of leading a bachelor’s life. Lyudmilla uprooted it."

The pair were together until 2013. After years of speculation, their divorce was announced on camera during the intermission of a performance by the Kremlin Ballet. Lyudmila hadn't been seen by Putin's side since May the previous year. 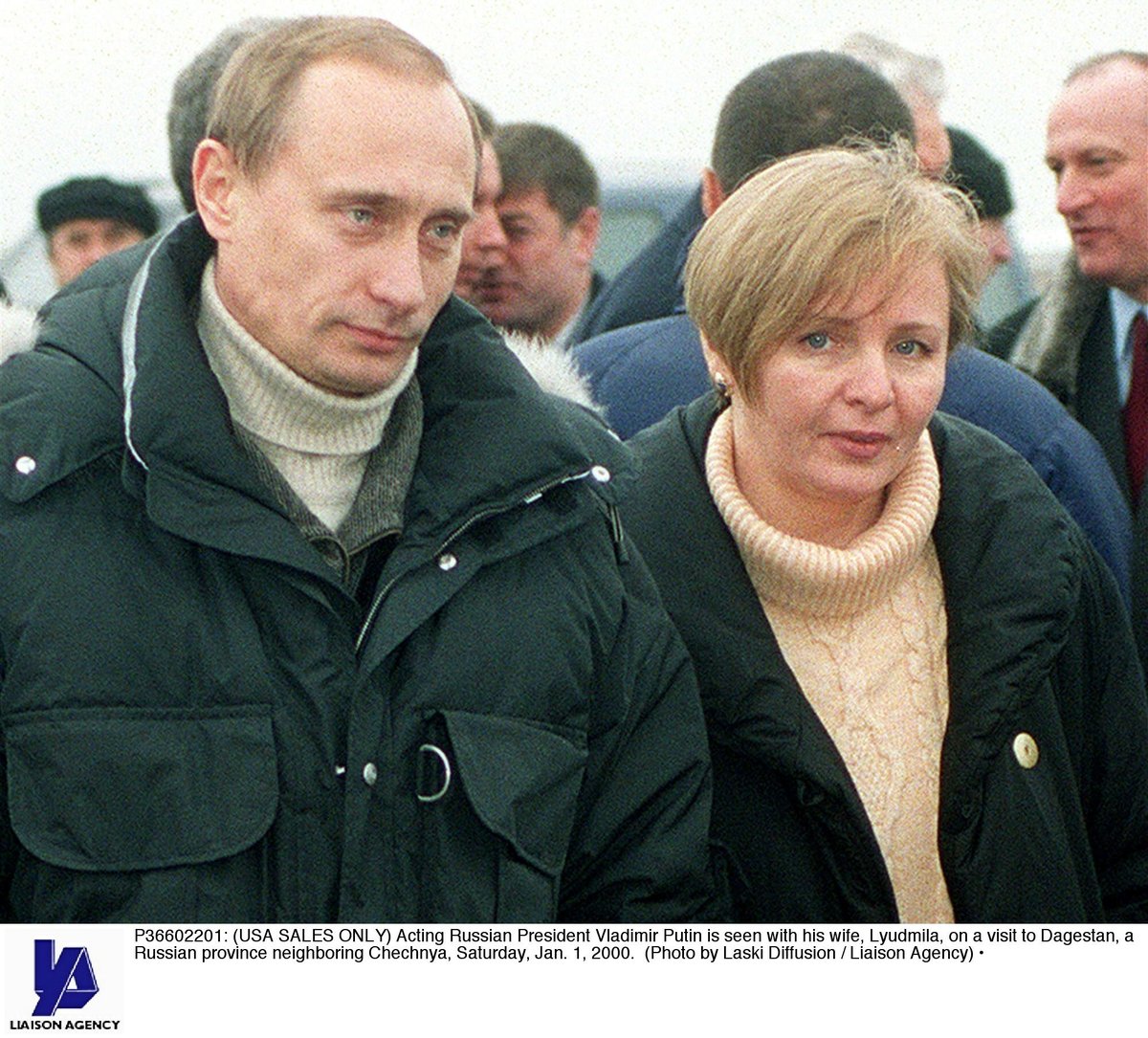 "It was a joint decision: we hardly see each other, each of us has our own life," Putin said.

According to the BBC, Lyudmilla said the divorce was "civilised" and the couple would "always remain close".

She added: "Vladimir is completely submerged in his work. Our children have grown up, each of them is living her own life…. I truly don’t like publicity."

After his marriage ended, Putin has publicly remained single to the world, But rumours have swirled since 2008 that he is romantically linked to Olympic gymnast Alina Kabaeva, 38. It is believed the pair wed in a secret ceremony and have three children together, another daughter in 2015 and twin sons in 2019. 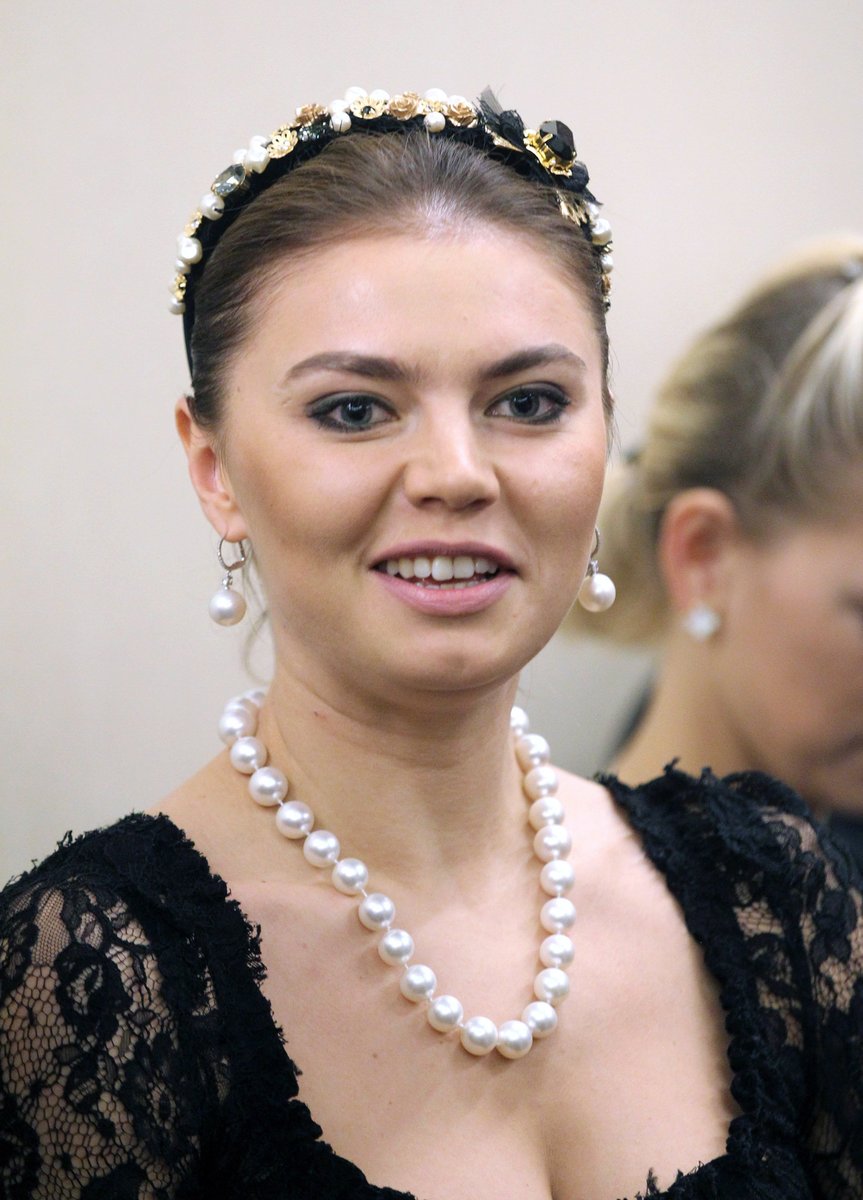 Nothing has been confirmed as The Week reports Russian journalists have had their careers threatened over the years and in some cases destroyed while attempting to report on Putin's personal life.

Putin has never publicly commented on his rumoured other children - only that he has two daughters.

His daughter Katerina was first identified by Reuters in 2015, but the person quoted in the article as confirming her identify later denied making the remarks.

In 2015, Putin told a press conference: "They [his daughters] live in Russia and have never lived anywhere other than Russia permanently. They studied only at Russian universities. I am proud of them. They continue to study and work. My daughters speak three European languages fluently. One of them can even speak one or two Oriental languages. They are making their first steps and are successful."

He added: "My daughters are involved in science and in education. They don’t interfere in anything, including politics. They live normally."

As for Putin's character, one person - who encountered him in his early politics days - described him to the Channel 4 documentary A Russian Spy Story as “a very dry, obviously very humourless man of small stature”.

Outwardly, however, Putin has used Russian media to paint himself as a horse-riding, bare-chested kind of action man. 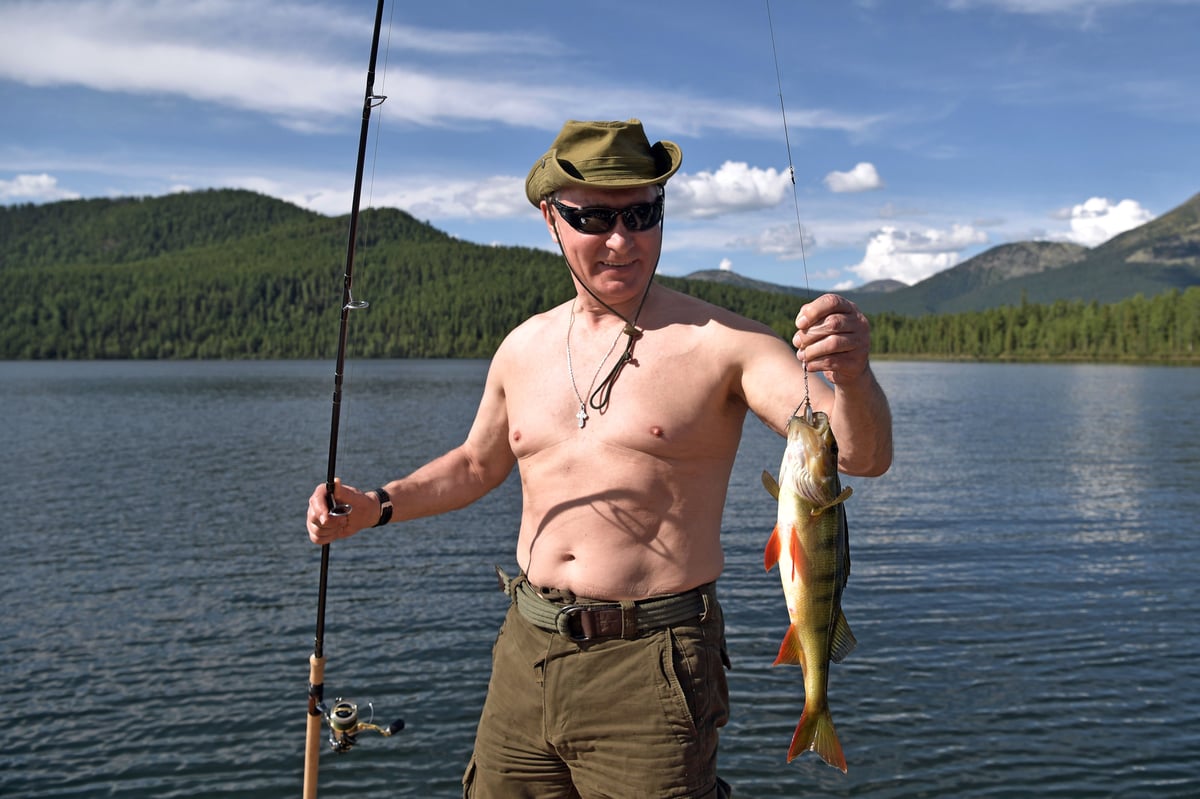 From spy school to politics.

Keen to follow his ambitions to become a Russian spy, Putin entered the KGB after university; the main security agency of the Soviet Union. What happened at the Moscow academy was top secret, but we do know recruits learnt counter-intelligence, investigative skills and how to fight.

He served 15 years in the KGB, and was stationed in Dresden, Germany, when the Berlin Wall fell, uniting East Germany with the rest of Europe. As the 1989 revolution washed over him, he returned to Russia with his young family aged 37.

"I think it's the key to understanding Putin," his German biographer, Boris Reitschuster, told the BBC. "We would have another Putin and another Russia without his time in East Germany."

He watched people power transform a country, an experience Reitschuster says left Putin with huge anxiety about the frailty of political elites.

Back home Putin entered politics, working with the Mayor of St Petersburgh - his former college professor. He headed up the Saint Petersburgh Committee for External Relations and was investigated for corrupt behaviours by the city council. They recommended he be fired, but that didn't happen.

He later moved on to government posts in Moscow under President Boris Yeltsin. He was put in charge of the FSB; a successor agency of the KGB and in August 1999, after Yeltsin had gone through five prime ministers in 17 months, he appointed Putin.

Then, on New Year's Eve in 1999, Yeltsin unexpectedly stepped down as president, naming Putin as acting president. By March 2000, Russia had elected Putin as president.

After arriving in Moscow, it took Putin just three years to rise to the top.

Putin has been in power one way or another since 1999.

He was originally scheduled to leave office in 2024, but in 2020, he tweaked the constitution to allow him to remain president until 2036 - at which point he will be 83 years old.

Putin's Russia has been one where opponents are allegedly murdered, political prisoners are sent to Siberia for decades behind bars, minority rights are ignored and suppressed, and Syria is given military support for ongoing massacres.

Politkovskaya and Litvinenko both tried to investigate bombings in 1999 which killed 300 people across Russia. It was alleged it was a "false-flag" attack by Russia's own security services, used as an excuse to attack Chechnya.

Politkovskaya was shot in an apartment block in Moscow in 2006 and Litvinenko was poisoned with a cup of tea in a London hotel the same year.

The European Court of Human Rights found that Russia was responsible for the assassination of ex-KGB officer Alexander Litvinenko, who died an agonizing death in 2006 after being poisoned in London with a rare radioactive substance https://t.co/3hIeQ95fA4 pic.twitter.com/D73sQ7SLpO

Nemtsov - a vocal critic of the Kremlin - was also shot in 2015. A friend told Politico at the time, he thinks the killing was "symbolic."

Boris Nemtsov was killed on this day 6 years ago, 150 meters from Kremlin. He published 20+ papers on radio physics before turning to politics and has never stopped fighting for democratic, prosperous, and friendly Russia. It was an honor to know him, and I will never forget. pic.twitter.com/u7smSzqzZZ

"Most likely is that Nemtsov’s killing was a political signal from one part of Russian politics to another: that it is now acceptable to kill a former deputy prime minister within a stone’s throw of the Kremlin," wrote Edward Lucas.

Then there's Alexei Navalny, who until he was poisoned with a nerve agent in 2020 and then imprisoned when he tried to return to Russia, was the country's opposition leader and another very vocal critic of Putin.

Read: There's a man being tortured in Russia right now. Here's what we know.

Even after his arrest, his team continued to try to take down Putin, releasing a video that alleged Putin had been building a secret opulent palace worth AUD $1.3 billion. They say it was funded by a corruption scheme.

According to the human rights group Memorial, as of 2021 there were 410 people being held in Russian prisons for their political beliefs.

Despite everything, since becoming president Putin’s approval rating has never dipped below 60 per cent. According to Russian polling agency Levada, approximately 69 per cent of Russians currently approve of Putin. As Arik Burakovsky, Assistant Director for Tufts University's Russia and Eurasia Program writes for The Conversation, the Russian public largely believes that the Kremlin is defending Russia by standing up to the West.

We know politically why Russia is at war: Putin doesn't want Ukraine to join NATO (The North Atlantic Treaty Organization).

This goes back to Putin's desire to protect the Soviet Union at all costs. As Vox points out, Putin has been fixated on reclaiming some semblance of empire, lost with the fall of the Soviet Union in 1991. Ukraine is central to this vision.

In announcing the "special military action" in Ukraine, Putin accused Ukraine of genocide announcing, "We will strive for the demilitarization and de-Nazification of Ukraine, as well as bringing to justice those who committed numerous bloody crimes against civilians."

But as Western officials have confirmed, there is no evidence of ongoing genocide. 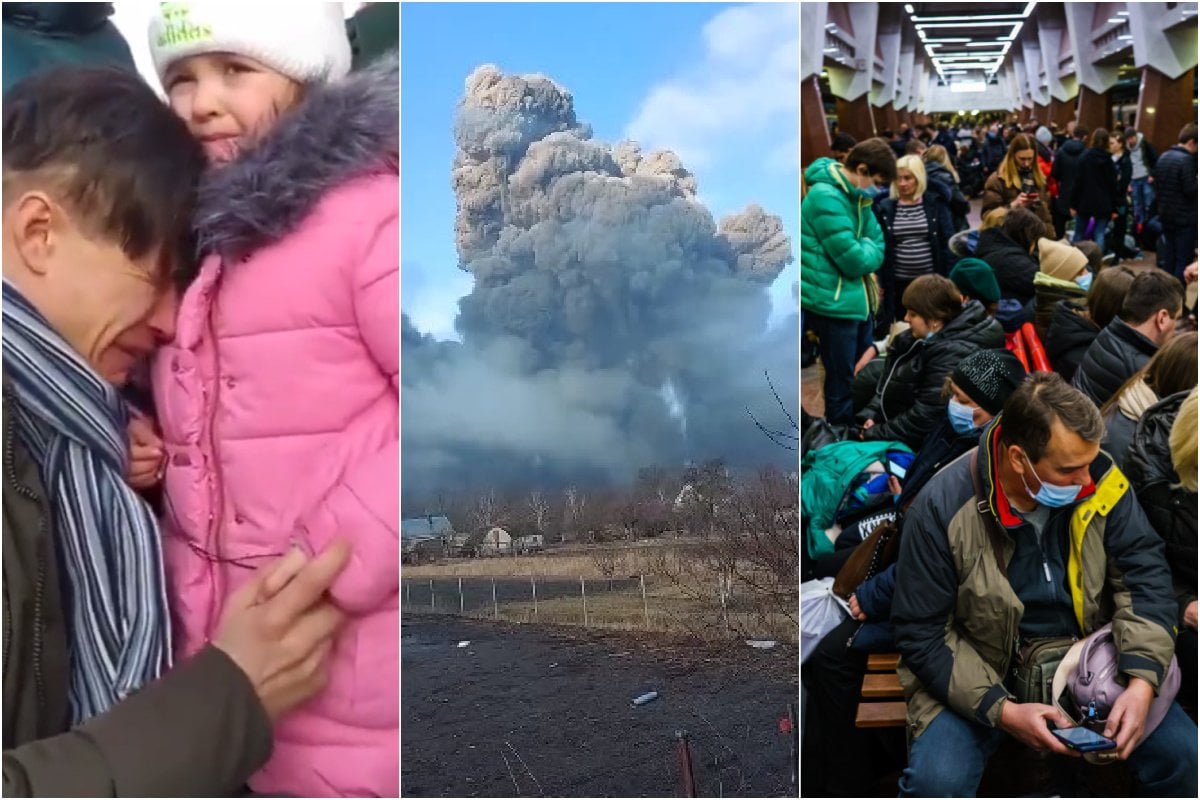 US intelligence has interpreted Putin's invasion of Ukraine as aiming to topple Ukraine’s government, round up prominent Ukrainians to be killed or sent to camps, and install a puppet regime in Kyiv.

But it's all with the end goal of ending Ukraine's status as an independent sovereign state because Putin ultimately believes Ukraine belongs to Russia.

(We've delved more into the historical context of tensions between Ukraine, Russia and the West, here.)

While Putin has attempted to maintain an appearance of being engaged in procedural democracy during his reign, there's no denying he's the one final decision maker. As Moscow-based political analyst Masha Lipman told The New Yorker in 2020, "the strategy and the grand plans that he has for Russia, in their entirety, exist only in his mind."

He added: "Putin rarely consults with anyone, and, even if he does, it is done in a totally opaque way. He’s rarely explicit. Even if he consults with some people in his circle, people leave without having a clear idea of what his goal is and have to guess." 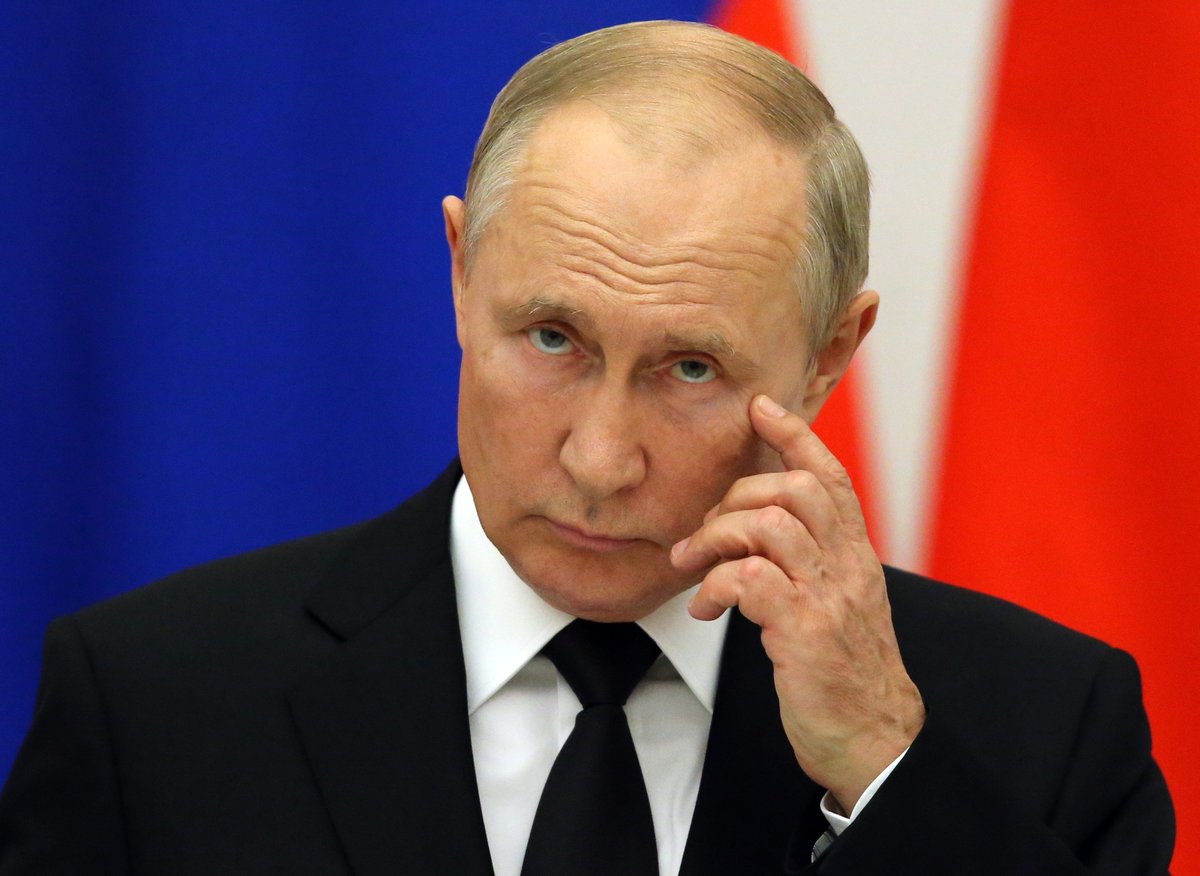 Western leaders have spent two decades trying to "guess" what Putin "really wants," as The Guardian reports. But now with the invasion of Ukraine, the reality of Putin's true motives and intentions are clear.

The main concern for Western countries is his apparent willingness to deploy nuclear weapons against any outsiders that engage in military action to help Ukraine.

After weeks of escalations culminating in Russia's invasion of Ukraine, it has brought up questions about Putin's mental stability.

"He appears increasingly uncoupled from the contemporary world, preferring to burrow deep into history and a personal quest for greatness," writes Julian Borger and Angelique Chrisafis for The Guardian.

It is a terrifying observation - at the end of the day, Putin ultimately holds the power in this current world conflict.

A
anonymous 3 months ago

Reply
Upvote
Like all tyrants before him, Putin is no different. From his childhood to the way he has used violence to gain power by eliminating critics, the way he seeks individual greatness by dismissing advice and ruling by fear. When will the world learn to prevent men like this from gaining power by flushing them out early? We have enough evidence to be able to predict and prevent men of this psychological makeup from getting leadership roles. Testosterone and psychological damage is the most dangerous cocktail. We must continue to stigmatise toxic masculinity.
News
General
Opinion
True Crime
Politics
Sport
Explainer
Entertainment
Celebrity
Reality TV
Movies
TV
Books
Rogue
Royal
Lifestyle
Beauty
Fashion
Weddings
Home
Wellness
Health
Fitness
Travel
Food
Parents
Before The Bump
Pregnancy
Baby
Kids
Teens
School
Parent Opinion
Work & Money
Money
Finance
Career
Lady Startup
Relationships
Sex
Dating
Separation
Friendship
Family
Real Life
Couples