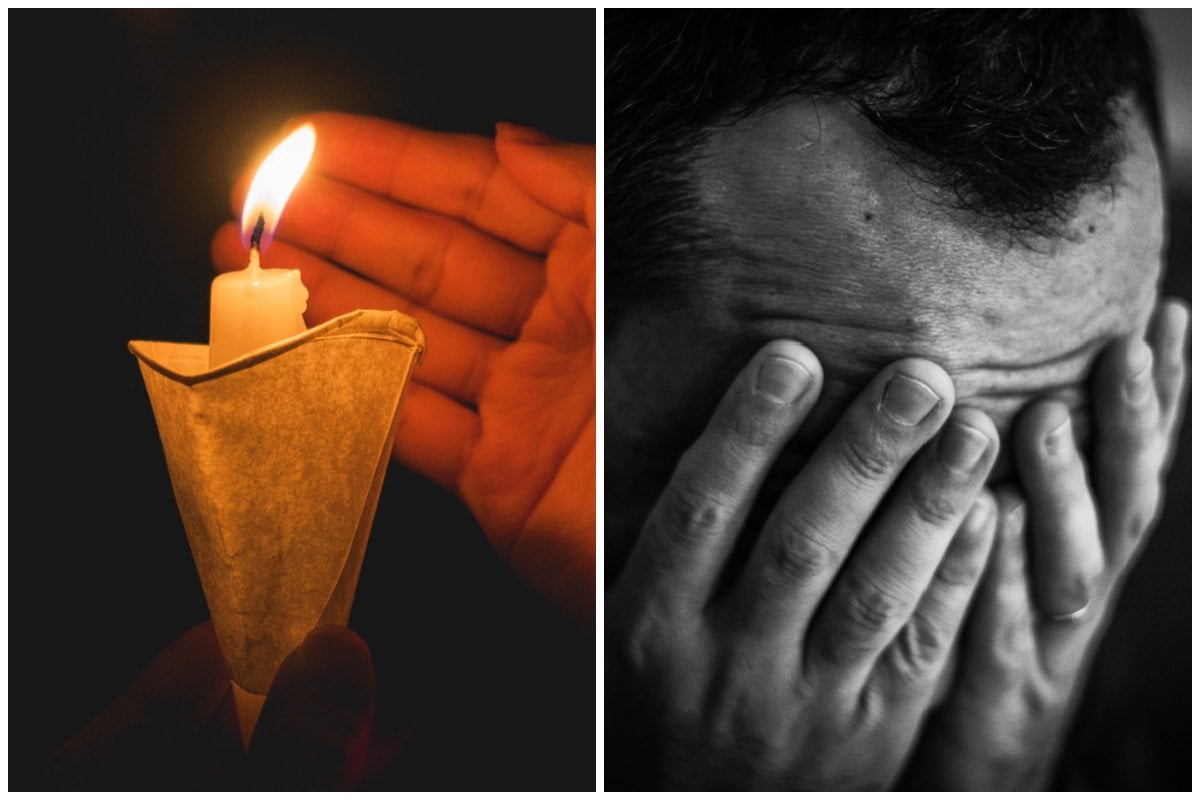 A vigil is being held in every Australian capital city on Thursday, in an effort to process the collective grief of men.

Since February of this year, allegations of rape, sexual misconduct and sexual harassment have emerged from Parliament House in Canberra.

Thousands of people - men and women - joined rallies around Australia to protest against sexism and gendered violence in March, delivering a petition to Parliament demanding action.

But what those rallies invariably failed to consider, were the feelings of men.

"I just felt like it was a personal attack," Julian told Mamamia. "I mean not a literal personal attack, like a woman who is raped or sexually assaulted. I mean like a figurative attack, where I feel emotionally uncomfortable for a moment because other people's pain is inconvenient. Which is much worse."

"If women want equality," Felix said, "then they shouldn't be the only ones who get a march. We want a march. And a petition. We have feelings, too."

A number of high profile men organised the vigil online, explaining that when women accuse specific men of crimes, it can be hurtful. To the perpetrators. Who thought they got away with it, but now they're in trouble.

"Men are hurting right now," one man wrote. "What's next? We can't touch a stranger's breast without her permission? We can't demand a woman in the workplace make us a sandwich when we feel like a sandwich? We can't pay a woman less for doing the same job as the man sitting next to her? This sh*t is going too far."

Men will gather in parks in the dark (which women often don't feel safe doing) and light a candle in memory of a time when there were no repercussions for criminal behaviour. There will be a prayer circle, where men can each express their grievances for how annoying it is when women talk about their experiences of violence at the hands of men.

"It's not all men," Graham told Mamamia, before sending an email to a female journalist that said, "shut up slut no one cares what you have to say. Also you're ugly lol."

After laughing for a moment, he said, "What women have to understand, is that they're equal now. They've got nothing left to complain about."

If only this article wasn't so believable.