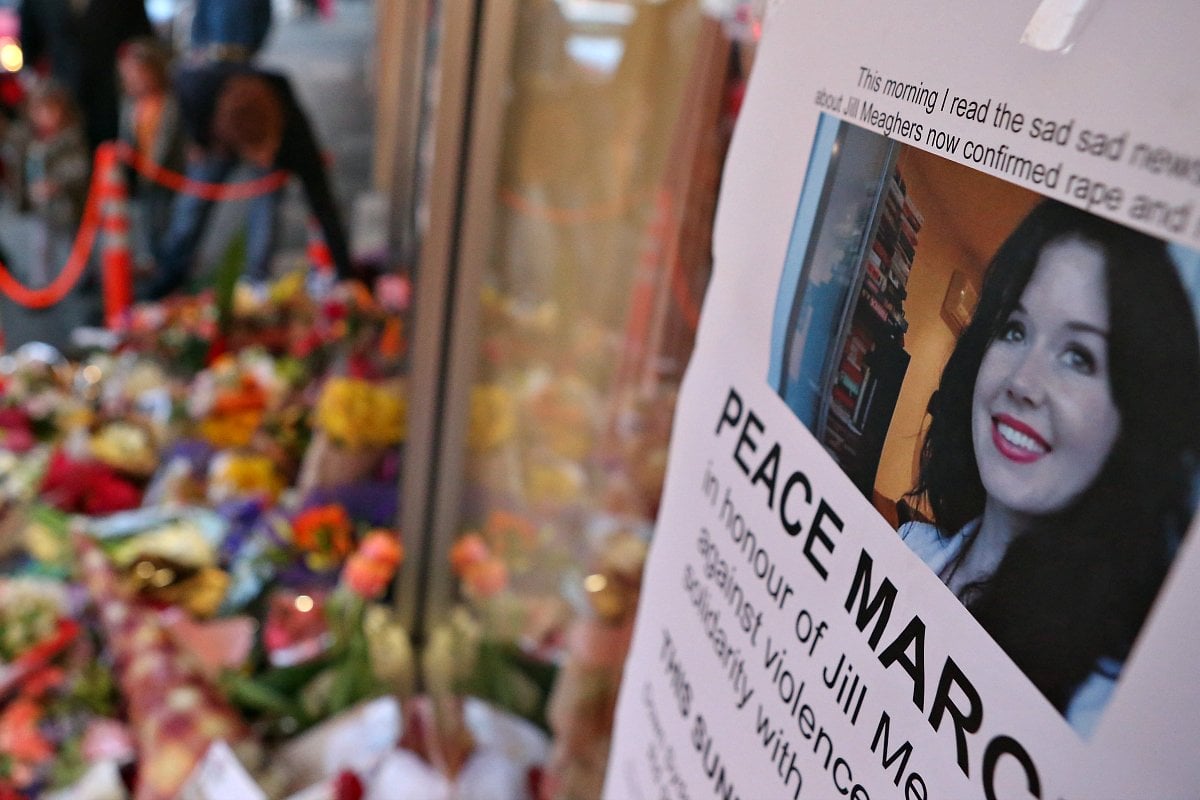 Jill Meagher, Aiia Maasarwe and Eurydice Dixon were Victorian women whose deaths have become central to the discussion about violence against women in this country.

Each was sexually assaulted and murdered in separate, unrelated incidents in Melbourne over the past decade, sparking nationwide headlines, tributes and advocacy.

Yet under proposed changes to Victorian law, it could soon be illegal to tell their stories.

Watch: Eurydice Dixon's father on how he wants people to remember his daughter.

The state's parliament will this week debate reforms that aim to make it an offence to publicly identify a deceased sexual assault victim.

The move would not only impact journalists and publishers, but anyone who posts on social media — including the victim's relatives and loved ones.

So why the sudden push for silence?

What does the current law say?

The current law — specifically, Section 4 (1A) of Victoria's Judicial Proceedings Reports Act 1958 — restricts the publication of any information that could lead to a sexual assault victim being identified.

If such details are published without the permission of the court and the survivor, the offending party can face a penalty of $3304.40 or a maximum of four months’ imprisonment.

The provision was introduced in 1991 with the aim of encouraging sexual assault survivors to come forward under the protection of anonymity.

However, it doesn't explicitly mention how the law applies to sexual assault victims who have died.

This has widely been interpreted as a green light to publish their stories — hence why Australians know the names of women like Jill Meagher.

Indeed, according to The Australian, no one has been prosecuted in Victoria for naming a sexual homicide victim. Well, not yet.

So what's being changed exactly, and why?

The proposed Justice Legislation Amendment (Supporting Victims and Other Matters) Bill 2020 aims to fix heavily criticised changes to the law that were introduced by Premier Daniel Andrews' Labor government in February.

That legislation had inadvertently gagged sexual assault survivors whose attackers had been found guilty. It meant that they were prohibited from publicly talking about their own experiences without first obtaining permission via a court order — a process that can be costly and potentially re-traumatising.

After significant backlash from victims' rights advocates, the government vowed to rectify its mistake. But in the process, it seems they could end up gagging other important groups.

See, the proposed bill finally addresses the question of deceased sexual assault victims. But it states that their identities shouldn't be published on the grounds that they are unable to consent.

Why is that controversial?

If passed, the bill would mean that the relatives of deceased sexual assault victims would have to obtain a court order to speak to speak to the media or write about what happened to their loved one.

The proposed bill doesn't distinguish between traditional and social media, meaning that anyone who identifies a victim on Facebook, for example, could technically be prosecuted.

As well as impacting the work of journalists and advocates, it could also affect online fundraisers, social media tribute pages, and more.

Along with journalist Nina Funnell, Michael Bradley of Marque Lawyers is among those steering the #LetUsSpeak campaign, which is advocating for reforms in this area.

Writing for Crikey, he noted, "The bill also says that the court must consider any evidence of what the victim would have wanted to happen, as well as the wishes of family members. This means that the process of obtaining an order would actually be more convoluted than what survivors are currently having to go through.

"This is all wrong. At a practical level, it will cause mayhem."

Others, including Greg Barnes, barrister and lecturer in RMIT’s Graduate School of Business and Law, argue it's a "sensible" safeguard. In a piece for The Age, he argued that the proposed provision could prevent, for example, a case in which not all members of the victim's family want their loved one's horrific ordeal to become public.

"It is vitally important that victims of sexual assault are given their voice in the media and on other platforms," he wrote. "But it is also important that the voice is moderated and regulated and, only in cases where there is informed consent given by victims about what they agree to have published, should the media be permitted to tell the story."

The bill is due to be debated in parliament on Wednesday.