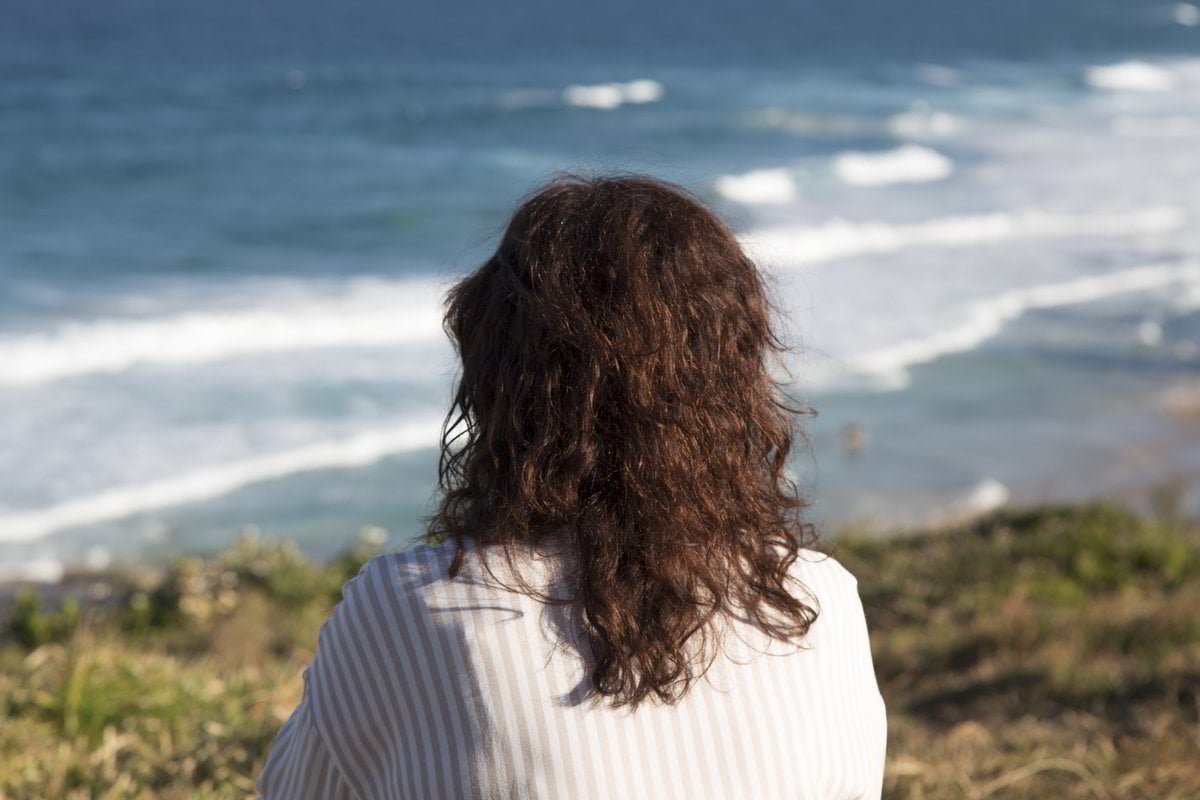 She wants you to know her name but, as a matter of law, neither she nor we can reveal it.

If Mamamia were to publish her name alongside her face, she could be confronted with up to four months in jail, or be fined in excess of $3,000. As a media company, we could be fined up to $8,000.

So let us give her the pseudonym of Cecilia.

It’s curious, really, considering she has publicly told her story of sexual abuse for years. She has used her name, face and identity in media reports, book chapters and for campaigns too.

But under Victoria’s new law, if you are a victim of sexual assault, revealing your identity to the media is no longer your choice.

For Cecilia, the sensation is shockingly familiar.

When she was sexually assaulted by her uncle, he robbed her of her innocence and, by doing so, silenced her.

It took decades to find her voice again.

Watch: These are the hidden numbers on the topic of women and violence. Post continues below.

Cecilia remembers the first time she felt uncomfortable around her uncle, who she recalls as being “the favourite amongst all the kids”.

Her extended family, on her father’s side, were at a gathering. He was teaching her how to play pool.

“He leant over me and as he pressed into me, I could feel a bulge in his pants and I knew what it was and I knew it was wrong,” she remembers. “As he stood up, he just ran his hand down my side, alongside my breast - I mean, I didn't really have breasts at the time - but that was the first time I felt like that's not right.

“I just didn't have the words or the ability to communicate it,” she tells Mamamia.

Cecilia was 13 years old when the sexual assault started.

“It started very subtly, very slowly, to the point where I thought it was completely my fault.

“By the time I knew it was wrong, I felt so guilty about not saying something earlier.”

The grooming progressed to sexual assault, which lasted for about a year.

Cecilia didn’t tell her parents but convinced them to send her to boarding school. For her, it was the escape route she desperately needed.

Years after, the personal impact of the abuse was immeasurable.

“Obviously, the sexual assaults are just so traumatic, but that betrayal of trust is something that affects you as a young person for a really long time,” she explains, her voice trembling.

Cecilia continues: “It absolutely left me in a place of feeling that I was worthless. I had a lot of shame, and I had several periods in my life where I was suicidal because of the betrayal.”

Cecilia was 36 years old when she confronted her uncle.

She had been in counselling for the previous seven years and was also now a mother of two kids, whom she shared with her husband.

“It was really having my children that spiralled me out of control. I got through my twenties pretending I was fine, which is really common - we put on this facade that we're okay and hope that people believe it. But underneath we're full of shame and guilt.”

As she explains, Cecilia realised she was an “extremely overprotective” mother, who wouldn’t let anyone touch her kids. It was the catalyst for receiving help.

After years in therapy, her psychologist suggested confronting her uncle. 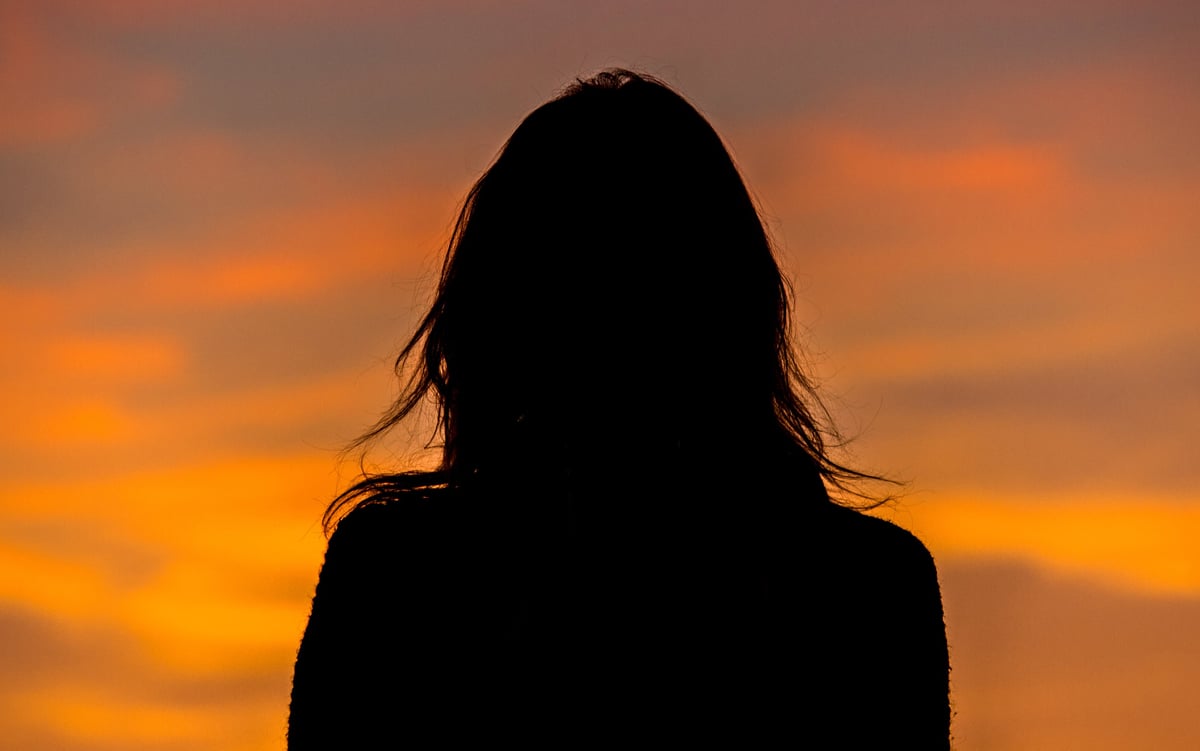 After years in therapy, Cecilia's psychologist suggested confronting her uncle over his actions. Image: Getty.

“I took two friends with me and I drove to his house one morning unannounced and confronted him,” she remembers.

“At first he denied it, which was expected. And then he said, ‘You were a really touchy-feely girl’.

"You enjoyed it, didn't you?" she recalls him asking.

“It just hit me. It had nothing to do with me. He is a pedophile.”

This sudden perspective was life-changing.

“As a teenager, I'd kind of built it up and romanticised it to believe that somehow he did really love me, he just did the wrong thing - it was the only way I could cope with it. I didn't really see it clearly for what it was," she explains.

“All of a sudden I saw him for the pedophile he is.”

She went to the police who commenced court proceedings.

In March 2013, Cecilia's uncle was found guilty and convicted of 13 indecent assault charges of a minor. He was sent to prison for five years, though he only served three of them.

As Cecilia tells Mamamia, it was her ability to use her voice and tell her story publicly that was so crucial to her healing.

Now, under Victoria’s new ‘gag order’, she can no longer use her name nor her face nor her identity if she wants to tell her story of survival.

In February, the Victorian Government quietly introduced changes to the Judicial Proceedings Reports Act. Suddenly, it was illegal for anyone to publicly publish information that identifies a victim of sexual assault in Victoria.

This applies when charges have been made, court proceedings are pending, and when a conviction has been found. It also pertains to all cases, regardless of when the crime occurred or when the conviction was handed down.

If Cecilia wants to tell her story publicly, she needs to obtain a court order which can cost up to $10,000. Those are the options: stay silent or pay up.

Journalist and sexual assault survivor Nina Funnell has launched a fundraiser, via GoFundMe, labelled the #LetUsSpeak campaign. She aims to raise funds that will lead to law reform, in the hope of allowing all survivors of sexual assault to publicly identify themselves and tell their story if they want to.

Cecilia says the introduction of Victoria’s gag order “feels like he has that power again.”

“The court system already feels like it's weighed in the favour of the person who's been accused.

“You don't have a lot of control through the court process anyway. But at least I could still use my name and my face when talking about it. So to take that away, that takes more power away from you.”

For the seven years after her abuser’s guilty verdict, Cecilia was able to use her story to create positive change.

“Once I got the guilty verdict, the next stage for me was trying to turn what had happened into something positive. And so that's when I got in contact with Bravehearts [Australia's leading child protection organisation] and started working toward what we can do to help prevent this.

“I used my name and my face to tell the story and we were able to raise $70,000 - and that’s just between me and my husband,” she explains.

The money they raised was put into school programs, delivered in their local community, that helped to educate children and families about sexual assault.

“I don't think we could have done that, and certainly not done that as well, if I wasn't able to connect with people and engage with people by telling my story. That was such an important part of my healing and now they’ve taken that away from me.”

Today, Cecilia is proud of who she is.

“I really love the person that I am. But I wouldn't have got here if I wasn't able to tell my story.

“By taking that away, I don't know that I would have ever got to the great place that I am now in terms of my mental health.

“It really could be devastating for so many people.”

The feature image used is a stock photo from Getty.

Reply
Upvote
2 upvotes
This is just going backwards. Surely there is a way to protect other survivors who don't want to be identified, prevent the media from publishing names without consent and still allow survivors to tell their story without risking prosecution.
A
anonymous 2 years ago

Reply
Upvote
1 upvotes
If all people who have suffered childhood abuse were to congregate and carry a plaquard with the name of their abuser/s, what could the authorities do? Arrest everyone? As a mental health practitioner, I can attest that the number of victims would fill Australian city streets. The Royal Commission didn’t even touch the sides on this problem and lawmakers know it. These victims as a collective would have mighty political power. They should consider their power.
News
General
Opinion
True Crime
Politics
Sport
Explainer
Entertainment
Celebrity
Reality TV
Movies
TV
Books
Rogue
Royal
Lifestyle
Beauty
Fashion
Weddings
Home
Wellness
Health
Fitness
Travel
Food
Parents
Before The Bump
Pregnancy
Baby
Kids
Teens
School
Parent Opinion
Work & Money
Money
Finance
Career
Lady Startup
Relationships
Sex
Dating
Separation
Friendship
Family
Real Life
Couples