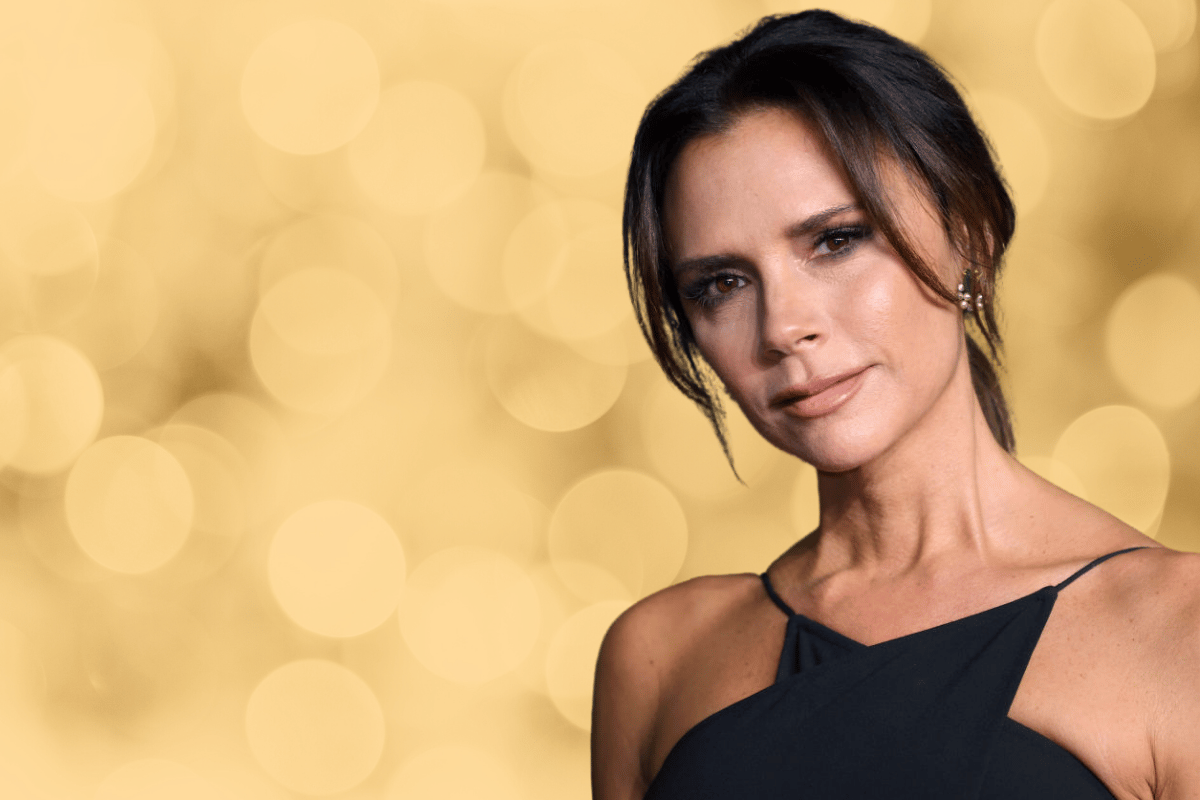 Right now, there's a troubling narrative playing on loop in the news cycle, with more frequency than reruns of The Big Bang Theory and Friends combined.

It goes a little something like this - a woman in the public eye makes some seemingly innocent yet problematic comments about her diet or her body and immediately the media wheels start turning until a slew of toxic diet culture opinion pieces and comments litter our online spaces like wrapping paper on Christmas morning.

The outrage against the woman in question burns hot and fast until it predictably fades away into the backlog of Instagram comments and news archives, and another celebrity scandal quickly shuffles into the spotlight.

Highlighting society's dangerous expectations around food, weight, and bodies is never a cause to be sneered at, but at the same time, every time these constant waves of backlash get pushed out of the news cycle I cannot help but think there's a bigger issue lurking in the background that needs to be addressed.

Recently former Spice Girl turned fashion designer and business owner Victoria Beckham was at the centre of just such a conversation, thanks to an interview she did with Grazia about her new collection.

While speaking to the publication, Victoria mused that "every woman wants a nice, round, curvy bottom, right?There are a lot of really curvy women in Miami, and they really own it, you know. They show their bodies off with such confidence. I found both their attitude and their style really liberating. And as a mother, I loved that Harper was around women who were really celebrating their curves and enjoying how they look."

Things took a turn for the problematic, however, when further along in the interview, Victoria said, "It’s an old-fashioned attitude, wanting to be really thin. I think women today want to look healthy, and curvy. They want to have some boobs – and a bum. The curvier you are, the better my VB Body dresses look."

For a full debrief on Victoria Beckham's comments, listen to Mamamia's daily entertainment podcast The Spill. Post continues after audio.

Firstly, it's a dangerous narrative to insinuate that certain body types weave in and out of fashion and that we should change our bodies with the same frequency that we change our toothbrushes in order to buckle a never-ending sea of trends that cycle through the fashion industry.

In the same breath, it's also damaging for one of the most influential voices in the fashion and entertainment industry to declare in such an off-hand way that a particular body shape is now seen as old-fashioned, undesirable and unhealthy.

Skinny-shaming and fat-shaming are not weighted in equal measure, but it's uncomfortable to watch Victoria Beckham shame a group of women in order to score some quick PR points for inclusivity.

Particularly when her brand does not offer inclusive sizing, instead opting to simply jump on the 'love your curves, body positive' bandwagon without doing the work behind the scenes to include more inclusive sizing in her collections.

It would be easy to fill enough pages to rival Shakespeare's works when it comes to examining the sins of Victoria Beckham, but once you look past the initial damaging toxicity of these quotes, it becomes clear that her words are also a cry for help.

For Victoria Beckham, much like every other woman in the public eye who has garnered such criticism, is both a victim of toxic diet culture, along with being a purveyor of it.

At the height of the Spice Girls fame and in the years that followed, Victoria was cruelly dubbed 'Skeletal Spice' and in her autobiography, she describes herself as an ugly duckling and a lonely teenager who became obsessive about her diet and body after the industry (and bandmate Geri Halliwell) encouraged her to seriously decrease her food intake in order to make her body smaller.

"The trouble is that when you start thinking like this, it's hard to stop... I changed from someone who was dieting to lose a bit of weight to being obsessive. I was shrinking, and the excitement at getting thinner quite took away the hunger," she wrote.

Her thoughts on body image and diet feel very much like a product of the industry she has worked in for decades, a fact highlighted by an interview with her husband David Beckham where he talked about Victoria's diet being so restricted to vegetables and steamed fish that he only has one memory of them sharing a different meal together in a restaurant. 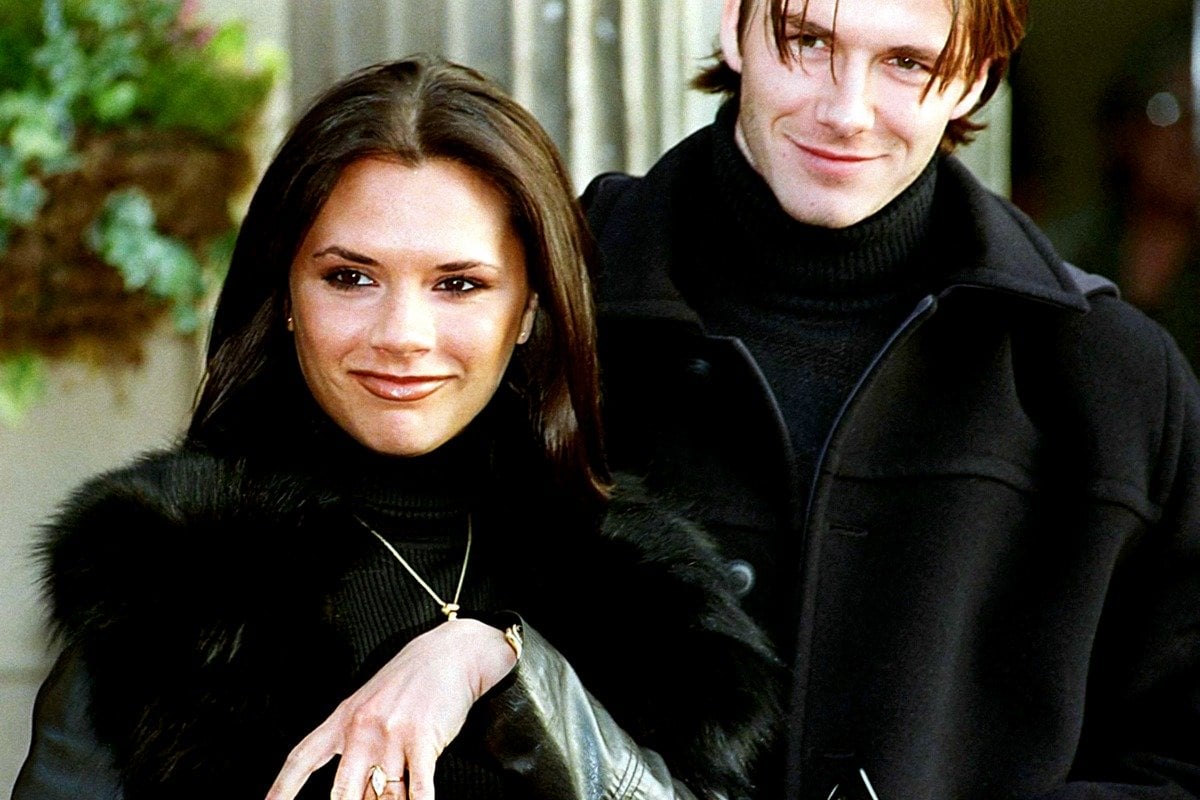 At the height of the Spice Girl's fame, Victoria was cruelly dubbed 'Skeletal Spice'. Image: Getty   It's an industry that makes billions of dollars from selling images and stories of perfected bodies, an act that not only damages the audience it sells to, but also the stars who exist within it.

Victoria's recent comments read very much like a PR script that was shoved into her hands moments before she walked into the interview, with not enough time to even remove her stylishly oversized sunglasses before she started repeating the foreign words.

After years of championing only one type of body as the ideal coat hangers for her clothes, it appears she faltered while attempting to speak in a more societally acceptable way and couldn't quite falter from her industry's party line that one body type is always better than another.

At the same time, she's not the first famous woman to slip up while trying to speak in carefully curated PR prose and accidentally give us a glimpse behind the curtain into how this industry runs beyond the Instagram platitudes.

Drew Barrymore once outlined how she restricted her food in order to not be 'the size of a bus' and continue to work in entertainment, Kim Kardashian's Marilyn Monroe Met Gala moment was overshadowed after she detailed how she had rapidly lost weight in the lead-up to the event, Lizzo was blasted after sharing details of a juice cleanse with her followers and Rebel Wilson has given many interviews linking her weight loss to career progression.

Each of these examples incited a wave of criticism against the women who made the comments, rather than the industry that demands they live this way or even the fact that our entire social system still operates on the idea that thinner is better.

The fast then forgotten backlash news cycle we are in now speaks to a larger problem, and crucifying a string of famous women is not the way to fix it.

Reply
Upvote
3 upvotes
It was such an unusual article as were the comments implying skinny is out, given that she herself is very thin and waif like, by what I would presume is a lot of hard work. It’s such murky water to comment on anything these days. I guess lesson learnt and hopefully she recovers from the bad press as it sounds like her daughters self esteem is important to her.
News
General
Opinion
True Crime
Politics
Sport
Explainer
Entertainment
Celebrity
Reality TV
Movies
TV
Books
Rogue
Royal
Lifestyle
Beauty
Fashion
Weddings
Home
Wellness
Health
Fitness
Travel
Food
Family
Before The Bump
Pregnancy
Baby
Kids
Teens
School
Parent Opinion
Work & Money
Money
Finance
Career
Lady Startup
Relationships
Sex
Dating
Separation
Friendship
Family
Real Life
Couples