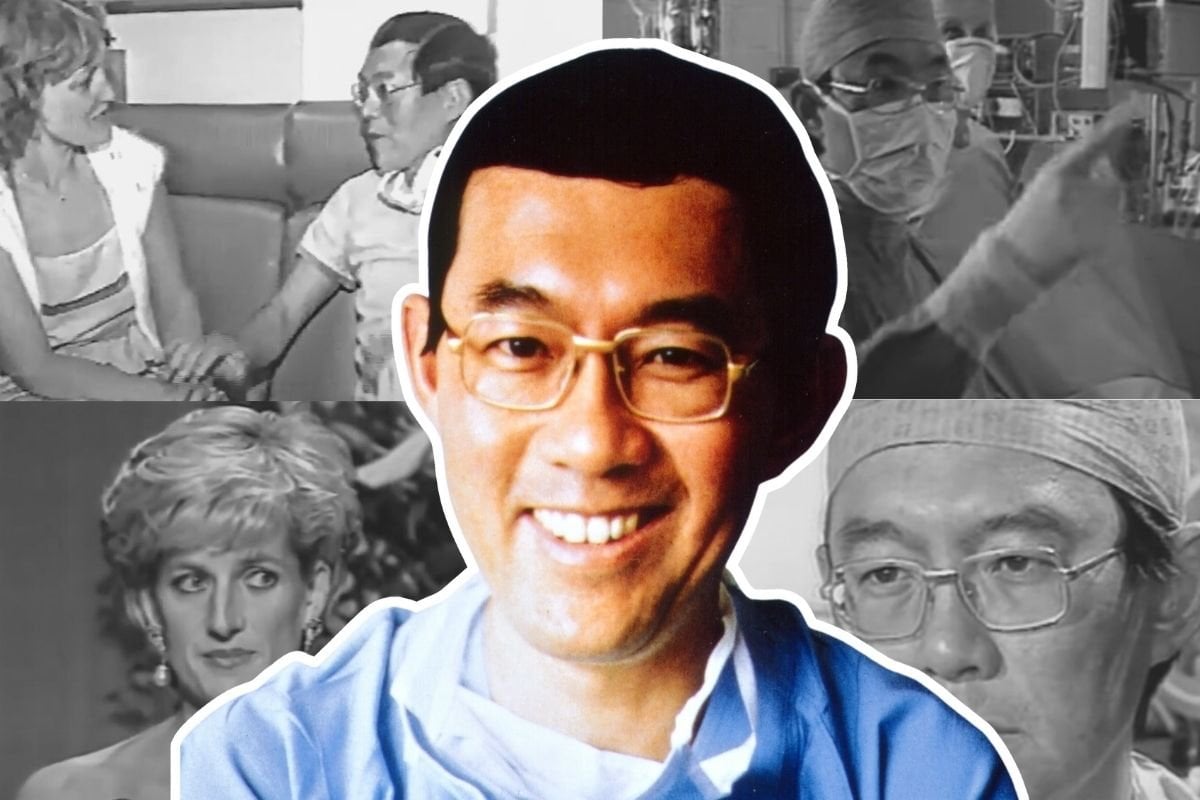 In 1984, Dr Victor Chang changed Australian medicine as we knew it.

Two months later, he saved the life of 14-year-old Fiona Coote, whose heart was weakened after complications of viral-induced tonsillitis.

Unfortunately, Peter died a few months after his operation; but Fiona Coote is alive to this day.

The surgery marked the beginning of our transplant service - now recognised as a centre of excellence. pic.twitter.com/kqE23oCXXA

It was only the start.

His team became one of the most successful in the world in their area of expertise.

His patients were young, old and everything in between. Dr Chang's daughter Vanessa remembers, "I was only seven years old but I still distinctly remember my father coming home and telling me that he’d operated on a baby who had a hole in her heart. I had plenty of questions back then and I’m still amazed by surgeons who are able to operate on such tiny hearts."

The unit had a success rate of 92 per cent, and in 1986, he was awarded the country’s highest honour, Companion of the Order of Australia (AC).

But it wasn't enough for Dr Chang. He was worried about a shortage of organ donors, and set about assembling a team to help him develop an artificial heart.

"We should, as a country, spend more money in cardiovascular research. Research in Australia is grossly under-funded compared with other western countries," he was quoted as saying. 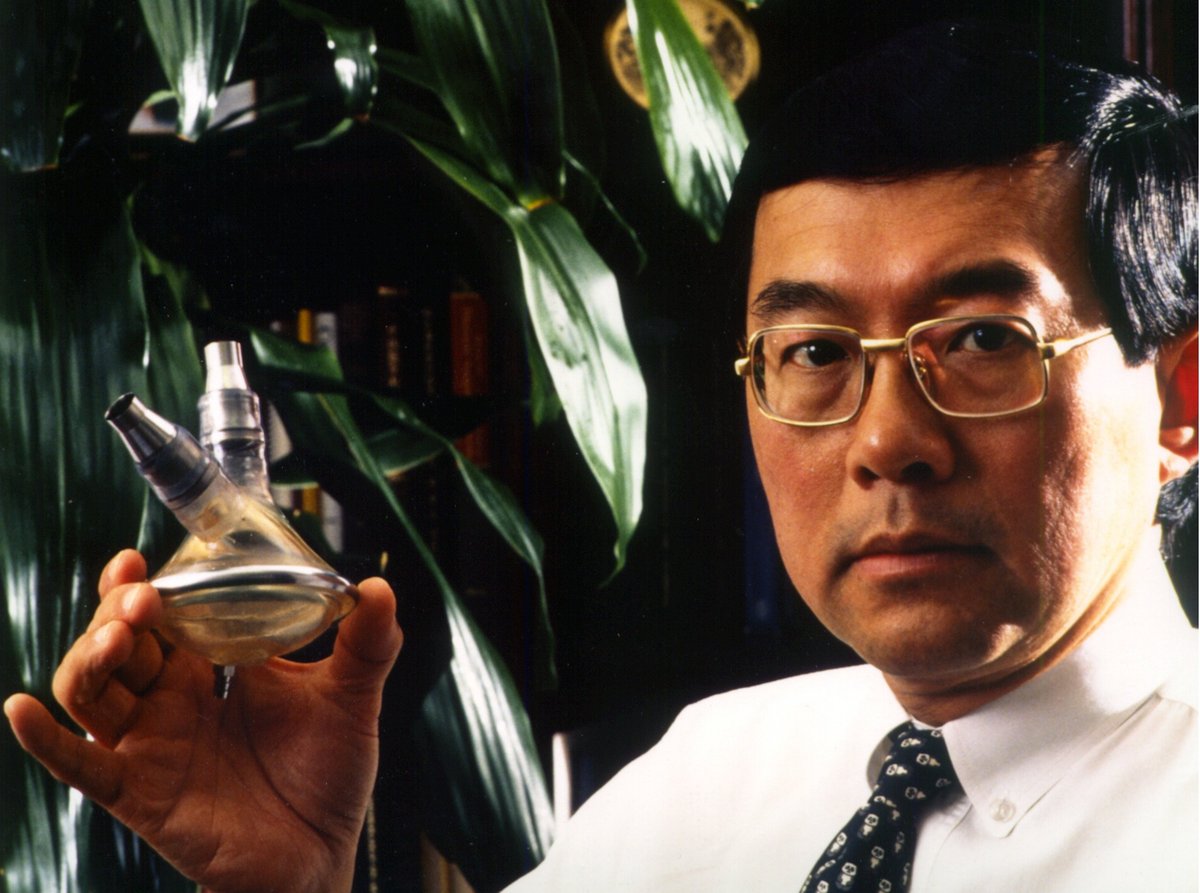 He and his team were successful in inventing an artificial heart valve to replace dysfunctional ventricle heart valves in people with chronic heart disease.

They were in the process of finalising an artificial heart device when he died.

It was supposed to be a kidnap for ransom.

It was Thursday July 4, 1991, and Dr Chang pulled out of his Clontarf driveway in Sydney's north at 07:30am, bound for St Vincent’s Hospital.

He called his wife Ann once in the driver's seat to continue the conversation they'd been having over breakfast.

As he made his way towards Mosman in the usual Sydney traffic, a beat-up Toyota Corona was in the queue directly behind him.

At the intersection of Bardwell Rd and Military Rd, the Corona deliberately swerved into Dr Chang's car and so the two cars pulled over on the side of the road.

It was 8am when Phillip Lim and Chiew Seng Liew - the occupants of the Corona - pulled a pistol on Chang.

They wanted money. Lim planned to extort $3 million from a wealthy Asian businessman living in Australia, so he could set up a gambling den or massage parlour. They'd picked Dr Chang after seeing an article about him in a magazine.

Dr Chang pulled out his wallet immediately, but there were numerous witnesses watching on in horror.

Mosman Collective quotes Chang as yelling out to someone, "call the police, they’ve got guns."

Liew was sentenced to a maximum of 26 years in prison for firing the two shots that killed Dr Chang. After 21 years, he was released and deported back to his home country of Malaysia in 2012.

As The Sydney Morning Herald reported, it was a decision that "devastated" Dr Chang's family.

"I made a mistake," Liew told the Seven network upon his release. "I did the wrong thing and made the family suffer ... You know I want to apologise for the family."

His co-accused Lim was granted parole after serving his minimum 18-year sentence, which expired in 2009.

Hailed as a "medical genius," Dr Chang was celebrated and admired around the world.

While he personally saved hundreds of lives, he always had his eye on millions - which could be achieved through medical research.

After his death, the Victor Chang Foundation created by Dr Chang in 1984 with the aim of sharing expertise between Australia and Asia through training in the fields of cardiothoracic surgery, heart and lung transplantation and cardiology, continued on with his work.

But his dream was carried forward even further, with the establishment of The Victor Chang Cardiac Research Institute in 1994. It was opened by Princess Diana who told those gathered, "Dr Chang was no ordinary cardiac surgeon. He was a visionary."

Today we remember Dr Victor Chang who sadly passed away #OnThisDay in 1991. His statue at the entrance reminds us every day of his pioneering heart research & surgery. The Institute is proud to honour his memory as we continue the search for heart disease cures. pic.twitter.com/c9IEkzWVqO

It's still regarded as Australia’s home of heart research, and now has over 230 scientists, doctors, and staff working together across 23 laboratories across the country.

It's the most respected heart research facility in the southern hemisphere and has been responsible for a number of world-first discoveries including bringing hearts back to life, discovering that hearts can regenerate, reversing inherited heart disorders, and identifying new genes and stem cells.

They also worked out how to keep a heart alive and beating in a box - it's a technique that has helped increase heart transplants by 30 per cent.

In 1999 Dr Chang was named Australian of the Century, by the people of Australia.

But career aside, and above all else, his colleagues and friends describe him as a great guy.

Peter McDonald, who was both, told 60 Minutes, "We lost one of Australia's great people. Regardless of the profession he worked in and everything else, he was just a fantastic Australian.

"It didn't matter whether it was the prime minister or the cleaner of the hospital, he seemed to have this very warm, engaging style in making that person feel like they were the important person, rather than him."