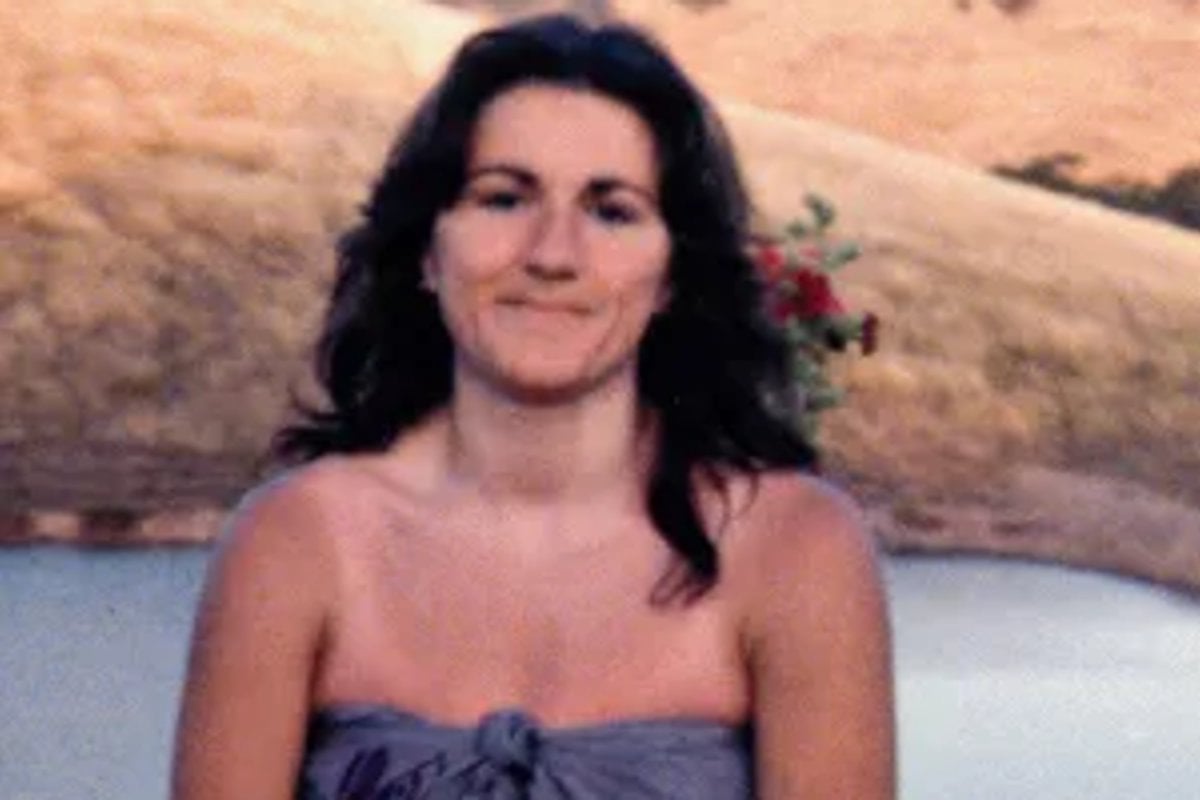 On August 26, 1987, Vicki Cleary pulled up outside the kindergarten where she worked in the Northern Melbourne suburb of Coburg.

Within moments of parking her car, Vicki was accosted by her ex-boyfriend, Peter Keogh. He was armed with rubber gloves, masking tape, and a large hunting-style knife.

In the ensuing attack, Keogh dragged Vicki from her car, stabbing her four times. He later fled the scene, grabbing a cup of coffee at the nearby auction rooms while leaving Vicki fatally wounded in the gutter, just metres from her workplace.

Watch a clip from SBS documentary series See What You Made Me Do below. (Warning: The following clip deals with domestic abuse and might be triggering for some viewers.)

Three months before the attack, Vicki had left Keogh.

During their four-year relationship, the couple had purchased a home together in Broadford, Victoria. But as their relationship went on, Vicki realised she needed to leave the relationship. She knew Keogh's behaviour wasn't right.

In the months that followed, Keogh began stalking Vicki. According to The Age, Vicki's colleagues had even noticed that she was scared.

But while Vicki went to court to get a restraining order against him, she ultimately left without one.

When the trial later began following Vicki's death, Keogh was essentially painted as the victim in the case.

Although there was witness testimony as well as clear evidence of harassment, Keogh was acquitted of murder.

Instead, Keogh, who had a prior criminal history, was found guilty of manslaughter on the grounds of provocation. In the eyes of the court, Vicki had "provoked" her killer by leaving him.

"I will never forget Valentine’s Day 1989, or the trauma my family suffered seeing our girl, Vicki, a 25-year-old woman blamed for the violence her ex-boyfriend inflicted on her," Vicki's brother, Phil Cleary, wrote for Mamamia in 2014.

"That verdict and that sentence were emblematic of the way our society viewed violence against women by men known intimately to them."

Keogh was sentenced to just six years in jail for fatally stabbing his ex-girlfriend. In the end, he served less than four years.

Speaking to The Age, Phil Cleary remembered standing outside the court after the verdict was read.

"I will never forget our mother accidentally walking into the path of the jurors after the verdict on Valentine’s Day 1989 and saying: 'She was just a girl, do you known what you’ve done? You’ve let a murderer go free,'" he recalled.

Since then, Phil Cleary has spent more than 30 years campaigning for his sister.

In fact, in 2005, the government closed the provocation defence that Keogh used. The move was largely thanks to continued pressure from Vicki's family.

"These laws are rooted in the idea that women are property. What? Vicki couldn’t leave this man without triggering provocation as a defence."

Over the years, Phil has used his platform and political career to continue to shine a spotlight on violence against women.

"Because I’ve been campaigning around Vicki’s life and death, that’s meant that I’ve re-visited her life again and again, with people who have known her, with my own memories and with my mum and dad and my siblings," Phil told The North Central Review.

"You know – she could light up a room. She was diminutive, she was bursting with energy. Anywhere she was she was lively, gracious, engaging. She wasn’t one to take the mickey out of anyone, she was one to laugh and enjoy the moment."

Now, Phil will appear in the third and final episode of SBS' See What You Made Me Do to pay tribute to his late sister.

The final episode of See What You Made Me Do premieres 8:30pm Wednesday, May 19 on SBS, NITV and SBS On Demand.

W
wildlife.rescue.care a year ago

Reply
Upvote
Being a ex DV victim .......
It was hard when we went to court for the LAST act of abuse. On a winter night, I had 5 week-old baby, was in a nightie when it started. I had a fractured jaw, black eyes, lumps/scars (the size of a large pea) above my lip that showed all the time and more if I smiled (& still have). I had lacerations on my back, front, my breast had claw marks on them. I ran through a cane field barefooted, & in my blood stained ripped nightie, where there were snakes & rats to a neighbours house abt 1 km away (had never met them. They phone the Police who collected me & took me home to collect my baby. If I had picked her up he would have know I was "running" & would have killed me. I ran through the cane fields for fear if I ran on the road he would run over me. After the Officer arrived at the neighbours (from a one man Station) he asked if my ex still had firearms I said yes, I explained were they were kept ---- in the back of a wardrobe & that the bullets were kept in a draw in the top of his dresser drawers. The Officer then went in leaving me in his vehicle. The Officer came out with a rifle, discharged it & then asked me to to go in & collect my baby, which I did. We left to head to the small one man Police Station with me in still wearing my the blood stained ripped nightie & my baby (with no extra clothing for either of us. My parent arrived at the station to collect us & take me to hospital for treatment.
Later when we went to court the Judge told me I deserve the "hiding you received that I should have given him sex so, I was NOT bashed up." But that was the cause or start of the assault......................... I had closed the front door that had a dead bolt lock only, & when he arrived home after 13 hours at a PUB he didn't have his keys to let himself in.
My parents fought hard to make sure I didn't go back again (had left 4 times prior after other physical violence but went back).
He never went to prison for ANY assaults. I later found out that two women before me as well as his last wife ALL suffered from DV assaults.
Terri
A
anon- a year ago

Reply
Upvote
1 upvotes
In a similar vein to the "provocation" defence, for a long time there was also the "gay panic defence" that was used when gay men were murdered.  The defendant would argue that the gay man hit on them, and that it made them panic so much that they killed them.  If successful, the gay panic defence meant that the killer only got convicted of manslaughter, rather than murder.  This was only abolished in South Australia in 2020 (it was the last state to abolish it).  Truly horrific.
C
cat a year ago