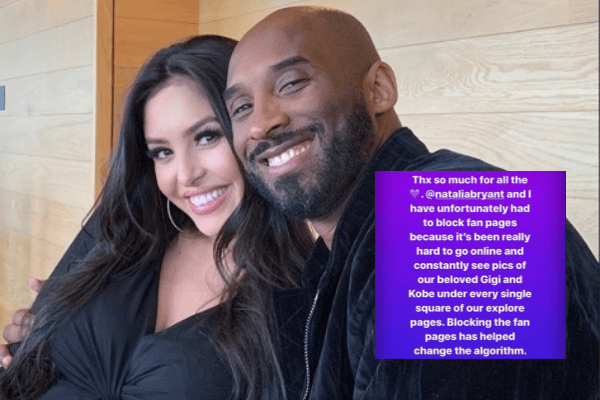 Since the deaths of Kobe Bryant and his 13-year-old daughter Gigi on January 26, tributes have been commonplace across social media.

NBA great Kobe and Gigi were among nine people killed when their helicopter crashed in Calabasas on the way to one of Gigi’s basketball games.

While the intentions behind the accounts and posts are no doubt nothing but positive and supportive, they have had an unintended consequence. 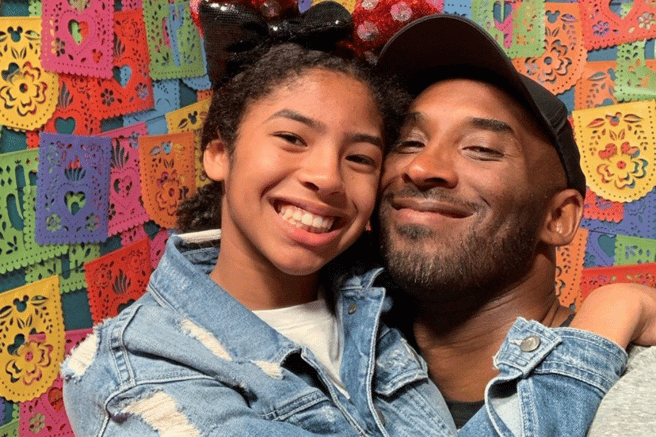 Kobe and Gigi Bryant. Image: Instagram. Imagine if every time you opened your phone you were presented with images and memories of those you were still trying to grieve? And imagine every single thing you do, post, and say, being analysed by the public, who have their opinions on how you're grieving?

Over the weekend, Vanessa and Natalia explained why they had recently made their Instagram accounts private and blocked accounts dedicated to their lost loved ones.

"@nataliabryant and I have unfortunately had to block fan pages because it's been really hard to go online and constantly see pics of our beloved Gigi and Kobe under every single square of our explore pages," Vanessa said in a now-expired Instagram story.

"Blocking the fan pages has helped change the algorithm. We [love] you all but please understand that we had to do this for our own healing." 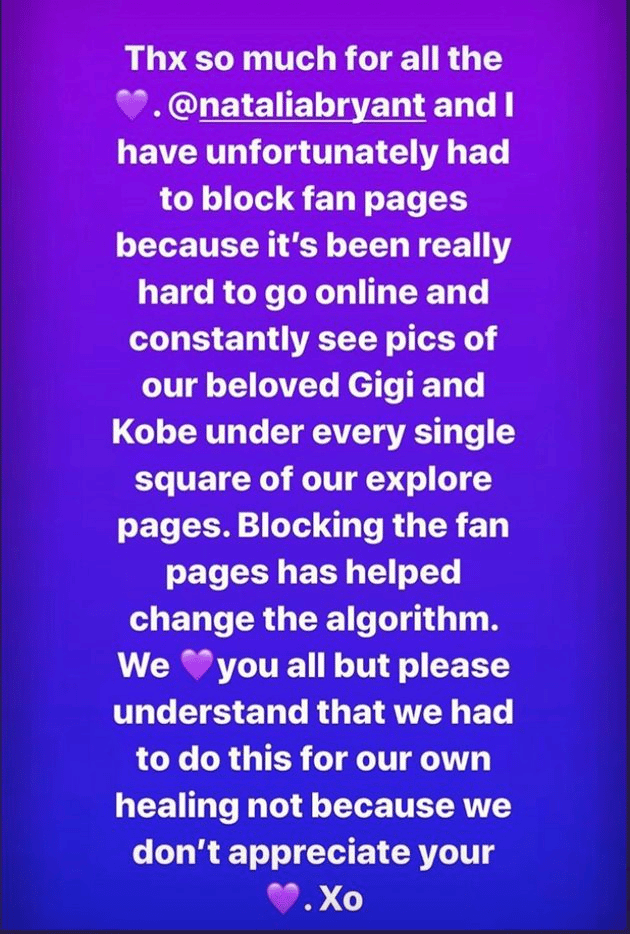 Natalia shared a similar story, telling her followers that fan accounts reposting photos of her family made it "10x harder to deal with our loss".

"My mum and I have had to unfortunately block fan pages because they keep reposting our pics... We hope that people understand that although these fan pages have good intentions, they make moving forward harder since they are constant reminders. Blocking the accounts have helped change the algorithm but we can not go public [with their Instagram accounts] until the fan pages stop.

"We love all of your sweet intentions, and we hope you understand." 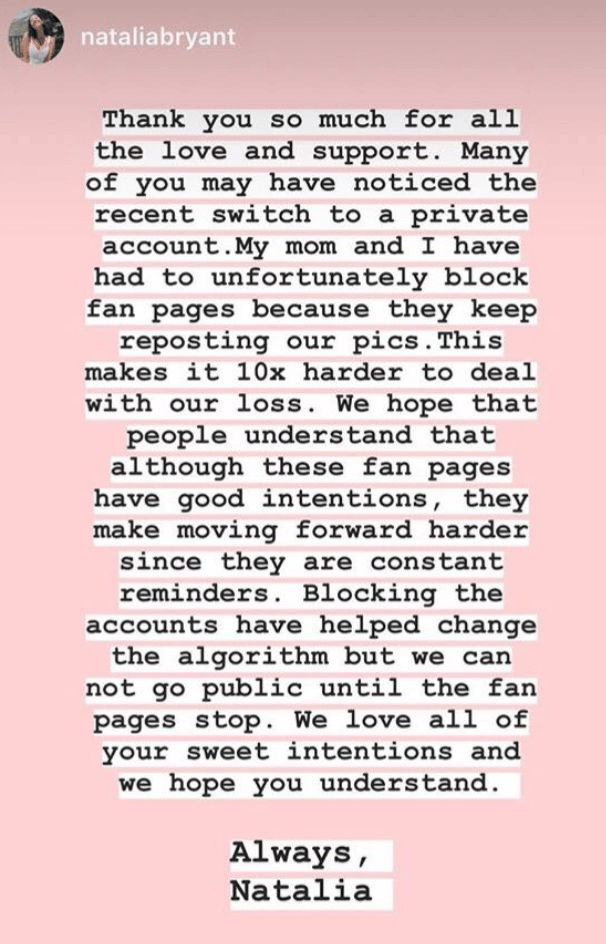 The way social media algorithms work, particularly on Instagram's 'explore' page, means the page is specifically tailored to each user, with the intention of helping them find new content that they will enjoy, based on what they already engage with on the platform.

In the case of Vanessa and Natalia, who are regularly tagged in photos from fans posting about Kobe and Gigi and likely to tap into these posts, it means the Instagram algorithm continues to surface content about their deaths.

It's unsurprising that they found this re-traumatising and disruptive to their grieving process, which is still fresh five months on.

Following the death of her husband David Bowie in early 2016, Iman said the outpouring of public grief was both helpful and a hindrance.

"The outpouring of grief over David’s passing has helped me tremendously, though sometimes I've been at odds with it, too: Universal grieving for your life partner can also keenly deepen your own sense of all that you've lost," she wrote for Vogue in August 2017.

In late 2018 she told Net-a-Porter while fans mourn celebrities, it's "not the same" as the grief felt by those who knew the person personally.

"I get the fans' grief, but it’s not the same. They have lost someone they look up to; we have lost a husband and a father.

"And sometimes, I don't want people to know how sad I am," she said. "People say to me, 'Oh, you're so strong'. I'm not strong - I am just trying to keep it together."

Robin Williams' son Zak told Good Morning Britain in 2019 grieving in the public eye was difficult, although five years on he could appreciate the love expressed for his family.

"It was challenging, but I'm very grateful for the outpouring of love and support that continued."

The lesson here is not just confined to famous people.

Families of people whose deaths have public interest - murder victims, for example - have long spoken about how the intrusiveness of public speculation and news stories, if they aren't the ones approaching and sharing their stories with the media, can make grieving harder.

In 2016, The Atlantic's Claire Wilmot wrote about how seeing posts on social media following the death of her sister felt like they had "a silencing effect on those who find no value in their pain", no matter how well intentioned.

"Rather than reconstructing an outlet for public grief, social media often reproduces the worst cultural failings surrounding death, namely platitudes that help those on the periphery of a tragedy rationalise what has happened, but obscure the uncomfortable, messy reality of loss," she wrote.

When posting to social media about someone who has died, keep in mind whatever you post - particularly if posted on the deceased profile, or with them tagged or hashtagged - may appear in the feeds of family and friends of the deceased. How will they feel about seeing it?

Social media has opened up a new space for public mourning, and it is perfectly legitimate to feel sadness over someone's death, even if they were a celebrity you didn't know personally.

But it seems society is yet to fully agree on the etiquette for ensuring the outpourings support the bereaved, or at the very least don't make their grieving more difficult.