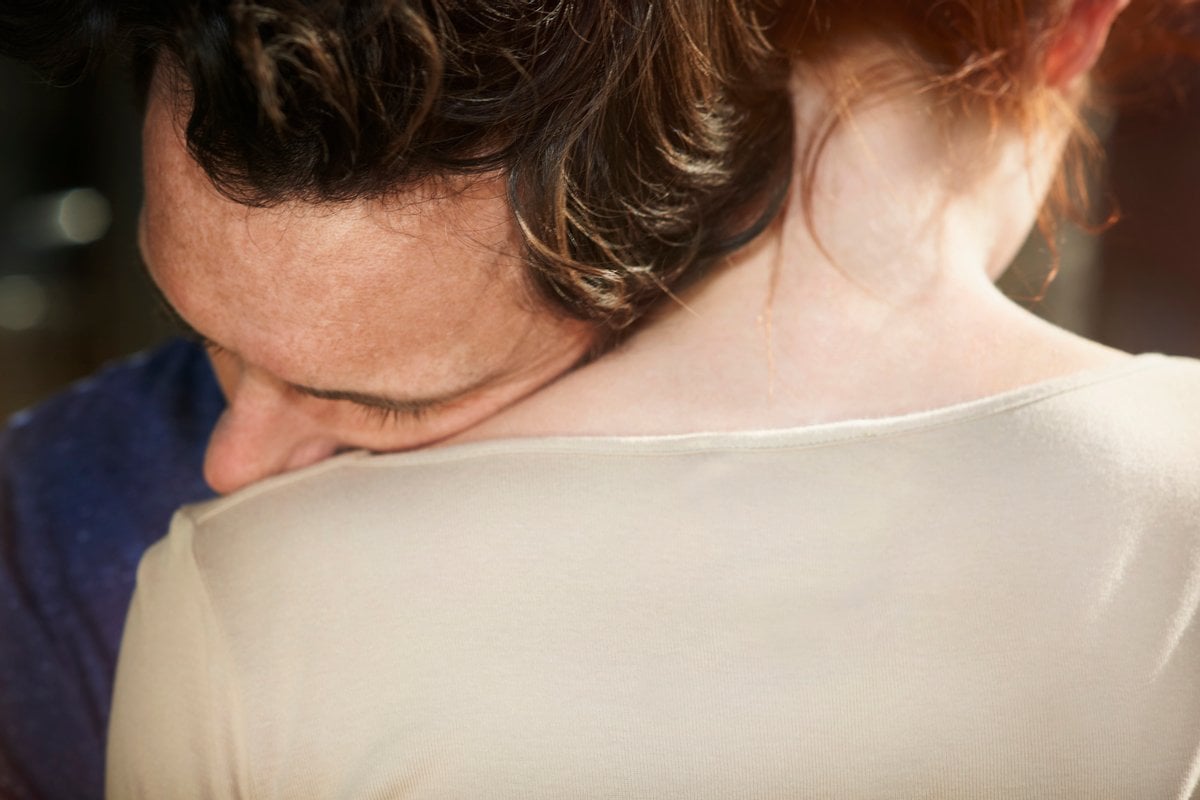 The jet touched down.

My heart remained in the clouds. A ragged kite fighting my grip. Above, it flew. Thumping. Nervous. Afraid.

Nervous about the extended weekend. Afraid of what might come out of it. What it might signal. An aircraft marshal directed the jet. I closed my eyes, saying a prayer to my heart. To my brain. To my soul. Nerves calmed, allowing me to slowly reel in my emotions. Emotions that fought against the current of time and odds.

A chime, and my eyes fluttered open. People began moving. We began departing the plane.

"Enjoy your time in Atlanta," the flight attendant said as I exited.

Above the exit gate, an information sign outlined the date and time. February 13. The day before Valentine’s Day. The last Valentine’s Day I’d spend with my wife.

Before the holidays, my wife returned home to Georgia.

I told siblings and friends she wanted to be around her family for Christmas. I don’t know if anyone believed me. After three months of her absence, I knew nobody believed me.

Our home felt larger without her there. An echo never there before came in her absence. Not as I walked, but as I thought. Bouncing through the walls of my mind, always there. Always present. I hoped for things to work.

I prayed for things to get better.

It felt colder in the home. I never adjusted the temperature. The bed felt menacing as it sat, watching me. Judging me. It remained perfectly made. Perfectly made because I slept on the couch. The fear of falling asleep in the bed, only to be consumed by the emptiness of the other half all too real. It couldn’t swallow me whole if I took up residence on the sofa.

The dogs, typically not allowed on the furniture, joined me. I didn’t mind. I’m glad they did.

It’s difficult to function when the brain and heart are found a thousand miles away. Maybe that’s why I felt cold. Why I felt lost.

Not a great start.

I’d walked the Atlanta terminals many times in the past, yet never as a final destination. I texted my wife, telling her my arrival gate. Living not far from Atlanta, she would pick me up, and I’d direct her to the hotel.

She made it to the proper pickup location. There are two arrival pickup points at the airport. Somehow, I ended up on the other side. So she had to drive around the world’s busiest airport through afternoon rush-hour.

Atlanta rush-hour traffic didn’t do much for her mood.

I’d spent a good amount of time thinking about what I should say to her the moment I stepped into her car.

The moment we’d see each other again after months of separation. I hadn’t planned on it being an apology for ending up on the wrong side of the airport.

She drove. I kissed her cheek. It felt cold. The temperature of her body having nothing to do with it.

Not trying to press, I gave her directions to the hotel. Because if one thing would right our sinking ship, it was a luxury hotel.

It’s impossible for a marriage to fail when high thread-count sheets are involved. Plus the hotel room came with a separate office, in case things went south and we couldn’t remain in the same room. An option not available at the local cheaper hotel.

Neither of us knew where to start our conversation, so we drove in silence. The quickly inflating elephant in the car sucked up most of the air. It took up most of the space.

Her family told her not to meet me. She went against their wishes, but we established ground rules. We couldn’t talk about our situation. We’d simply be there, together, sharing a bubble in an ocean of doubt. It would eventually pop. We just had to enjoy it while we could.

The longer I sat in the isolated home, the colder it felt. The larger it grew. The emotional desert separating myself and my wife impossible to cross.

I wanted her to come back. So we could work things out. Or at least try. But the anchor of her mind couldn’t lift from the sand of home. I offered up an alternative.

She didn’t think that would be a good idea. Her family, once my biggest supporters, felt it best to cut ties to me. It would be easier that way. Sometimes it’s easier to never say goodbye.

Atlanta, a short drive away, became a viable option. We could meet for Valentine’s Day weekend. If there was ever a time we could be around each other, it was Valentine’s Day.

We both still had our rings. I still wore mine. I don’t know if she did the same. But she agreed.

Our last Valentine’s Day together.

I made reservations weeks earlier.

I wanted to remove as much chance as I could. We didn’t talk about our situation. We were simply two people together. I reminisced about the Damien Rice concert in Atlanta we attended together, long before becoming an official couple.

She smiled while thinking of him unplugging his guitar, standing away from the microphone, and singing to the crowd of maybe a thousand. Raw, nothing to protect him. Vocally naked.

My wife and I hid our scars that day, but we bared the rest of what we could offer. We walked after dinner, her arm around mine, her head on my shoulder. A hazy dream. At times it felt make believe. Not a lie but not the truth.

For the day, it didn’t matter. Make believe is real until it isn’t.

We stopped at a small cocktail lounge. The lone patron, an elderly gentleman sitting at the counter, nodded to us as we slid into a booth.

I wanted to talk with my wife. He wanted to talk to us. The old man liked my wife’s laugh. He paid his tab, stood, and before leaving said something I’ll never forget.

I watched him exit, my soul in the form of an old man. Finding my soul alone at the bar made all too much sense.

I tried my best. I swear I did.

That night when we were intimate, I wouldn’t call it making love. Something was missing.

Not love. Deep down we still loved each other. At least in some ways. Many ways. No, what was missing was a future.

We both knew when the clock struck midnight and I returned home, make believe would end. The conversations we’d put off for the weekend would eventually continue. The emotional canyon between us would only grow.

But for the first time in a long time, my head and my heart, forever with her, was reunited with my own body. At least for a short time.

She drove me to the airport at the end of the weekend. I kissed her goodbye. Warmth not there before now existed. Faint, but there. The sunset on a fading marriage. The sun bleeding its last offering over a quickly darkening horizon. My heart understood all too well.

As the door closed and her car drove away, I knew the bubble in our ocean of doubt had burst. Things would go back to how they were.

The next month, she asked for a divorce.

A moment in time.

All relationships are made up of moments in time. Dots spread out over emotional time and space. All we can do is connect them the best we can and hope, in the end, what we’re left with a work of art.

While so much can happen between the dots, it is these moments we’re left with. Left to remember for the remainder of our lives. Yes, some of your moments will fade, the graphite of memory smudged and distorted, and yet there will be those points of interest, those days and hours you can remember as clear as day.

As the years have passed, I don’t remember all the details. I couldn’t tell you what restaurant we went to or what she wore to dinner. I think it was black, but that could just be the darkness of my fading memory. But at the same time, there are details so ingrained from my last Valentine’s Day that will be impossible for me to cut or slice from my mind.

The man at the bar telling me not to let her go felt straight out of Dickens. I’m surprised I wasn’t woken later by the ghost of Valentine’s Day Past.

You never know what relationship moments might remain with you. What details your own mind will remember. What details it will choose to forget.

But maybe that’s the point. Relationships will fail. New ones will come to replace what did not work. That doesn’t mean you can’t hold on to the moments, the memories. The bubbles in an ocean of doubt.

Because life is short. Cherish the memories you’ve made with past loves, even if you have moved on. Because even when you spend a final Valentine’s Day with the person you love, it doesn’t mean you can’t forever appreciate the time shared together, and the moments that time created.

Reply
Upvote
It's nice prose, but I find it unsatisfying. What happened between the two of you? What circumstances drove you apart? What choices did you make, as a couple, as individuals? The lack of context makes it impossible for me to empathise with him,

lunar a month ago