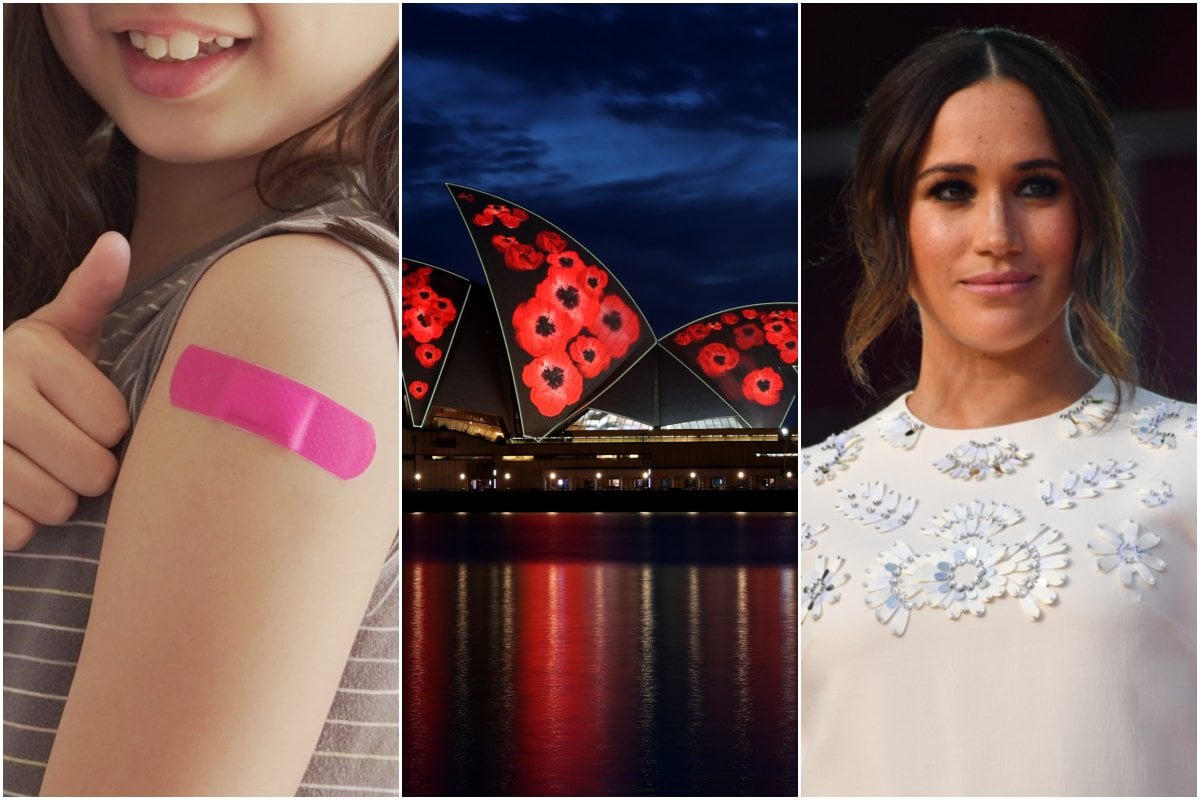 A crucial step has been taken towards approving a COVID-19 vaccine for children aged six to 12.

The Therapeutic Goods Administration has granted a "provisional determination" to Moderna Australia in relation to its COVID-19 vaccine, SPIKEVAX.

It means Moderna can apply to vary the provisional approval of its vaccine for use in children aged under 12.

Currently, SPIKEVAX is provisionally approved for use in people aged 12 years or older.

In making its decision, the TGA considered evidence of a plan to submit comprehensive clinical data in relation to use in children, the regulator said in a statement.

"Moderna Australia has now submitted data for provisional approval and the TGA is assessing the use of SPIKEVAX in children six to 11 years old," it said.

The committee recommended exemptions to that mandate be "limited".

Almost 82 per cent of Australians are now fully vaccinated, while nearly 90 per cent have had a single dose of vaccine.

On Wednesday there were 1003 new cases of COVID in Victoria, with 14 deaths.

NSW registered 216 infections and three fatalities while there were nine cases in the ACT.

There were three cases detected in Queensland.

East Coast expected to flood with a month's rain.

Flooding is expected as large parts of NSW are already drenched and more than a month's worth of "intense rainfall" is forecast in the coming days.

The Bureau of Meteorology has warned of widespread flooding, with two dozen catchments in danger of minor to major flooding across the state from Wednesday afternoon into the weekend.

Senior meteorologist Jane Golding says some areas could receive a month's worth of rain before the end of the week, especially around the NSW/Queensland border.

"We're seeing rainfall records broken that we haven't seen in 10 years ... over the course of three days many locations will exceed what they'd usually see in November," Ms Golding said.

"The other feature is that it's being followed by some really cold air, some really gusty winds and some really unseasonable snow to some low levels in the south."

SES Assistant Commissioner Dean Storey said the service had gone into a "heightened state of readiness" and extra resources were being deployed to flood-prone areas.

People in rural areas may also have to move livestock and equipment to higher ground.

The United Kingdom, which is hosting the UN climate change summit, has released a first draft of what will be the summit's most important document and it calls on all nations to accelerate the phase-out of coal.

It also urges countries that failed to bring stronger 2030 targets to Glasgow to do that by the end of 2022. Australia is among those nations.

A draft agreement being circulated at COP26 calls on countries to phase-out coal power and to flesh out deeper cuts in carbon emissions by next year in order to reach a goal of limiting warming this century to 1.5 degrees Celsius. https://t.co/9yOhTiNELJ

The draft will be refined by participating nations in coming days, with a final version to be issued at the end of the summit, which formally ends on Friday.

Australian green groups say changes are inevitable but any walk-back on the two key issues of phasing out coal and a call for stronger targets by 2022, aimed at limiting the risk of runaway climate change, is highly unlikely.

The Climate Council's head of research Simon Bradshaw has been attending the Glasgow summit and says there's a lot in the draft that the Morrison government won't like.

"It's very clear, at this point, just how far out of step Australia has become, and that there is considerable pressure on us to do more, and to do it quickly," he told AAP from Glasgow.

"The pressure on Australia, both international and domestic, is just going to keep growing. And the cost will be felt not just in the loss of international reputation, but economic damage as the rest of the world moves faster, and starts to impose border tariffs on Australian exports."

British Prime Minister Boris Johnson has repeatedly said he hopes the event will be a line-in-the-sand moment that would see "all the countries in the world ... move off coal".

Australia's plan to achieve net zero emissions by 2050 does not involve a phase-out of coal.

Lawyers for a British newspaper publisher say the Duchess of Sussex crafted a letter to her estranged father so it would "pull at the heartstrings" if leaked to the public.

The publisher of the Mail on Sunday and the MailOnline website is trying to overturn a court decision that it breached Meghan's privacy by publishing portions of a handwritten letter she wrote to her father Thomas Markle after she married Prince Harry in 2018.

A High Court judge ruled in February that publication of the letter was "manifestly excessive and hence unlawful".

Associated Newspapers disputes Meghan's claim that she did not intend the letter to be seen by anyone but her father.

Bombshell texts sent from Meghan Markle to an aide reveal the royal knew a letter she wrote to her father could leak and that she called him "daddy" when writing it so she could “pull at the heartstrings” of the public. pic.twitter.com/vbiKeE0K41

Its lawyer Andrew Caldecott told judges at the Court of Appeal in London on Wednesday that correspondence between Meghan and her then-communications secretary Jason Knauf shows the duchess suspected her father might leak the letter to journalists.

Caldecott said the letter was "crafted with readership by the public in mind," and Meghan "was happy for the public to read it if Mr Markle were to leak it".

He quoted from a witness statement in which Knauf said the duchess "asked me to review the text of the letter, saying 'obviously everything I have drafted is with the understanding that it could be leaked'".

Knauf said Meghan asked whether she should address her father in the letter as "Daddy," adding that "in the unfortunate event that it leaked, it would pull at the heartstrings".

The appeal hearing is scheduled to last until Thursday, with a ruling due at a later date.

First time in two decades Australia will pause this Remembrance Day while not involved in active conflict.

For the first time in more than two decades, Australia will commemorate Remembrance Day while not currently involved in an active conflict.

The first Remembrance Day since Australian troops withdrew from Afghanistan, the nation will pause at 11am to mark the 103rd anniversary of the end of World War I, honouring those who have died defending the country.

Australians are asked to stand and observe one minute's silence and reflect on the more than 60,000 troops who lost their lives in WWI, fought between 1914 and 1918.

The Sydney Opera House has been lit up with poppies for #remembrancedayhttps://t.co/Sxmgxavj4l

Veterans' Affairs Minister Andrew Gee, who acknowledged the importance of welcoming home those who fought in Afghanistan, said Remembrance Day was one of the most important days of the year.

"We must never forget the courage, valour and sacrifice of all those men and women who have served this nation in war, conflicts and peacekeeping operations," Mr Gee said.

While November 11 marks the end of WWI, Remembrance Day's importance has grown to acknowledge all men and women who have died in conflict.

Along with observing a minute's silence, Australians are encouraged to wear a red poppy, viewed as a symbol of hope since being visible on WWI battlefields.

- Prince Harry says he told Twitter boss Jack Dorsey ahead of the January 6 Capitol riots that the social media site was being used to stage political unrest.

- Sir Elton John has been made a member of the Order of the Companions of Honour, one of the Queen's highest awards.