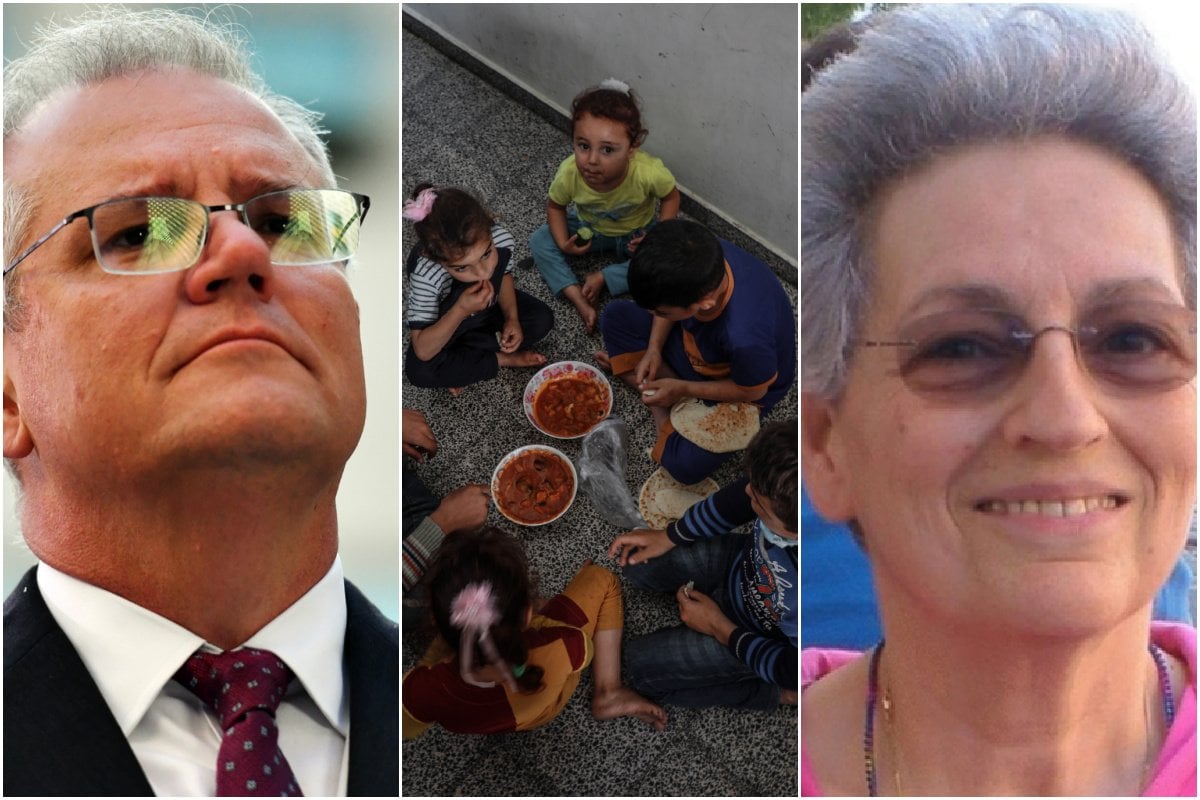 The Prime Minister has flagged that vaccination passports could allow Australians the freedom to travel interstate despite lockdowns and outbreaks and attend family gatherings and big sporting events.

"We've seen that operate in other countries and I think they're the types of things that can be used particularly to enable Australians who are vaccinated to move around Australia," Scott Morrison told reporters on Tuesday.

"I think that the next most achievable step, because Australia, with our international borders up, means that vaccinated Australians would be in a much lower risk position when restrictions were to kick in on Australians going on public transport or going to theatres or going to the footy or whatever they might do … family get-togethers."

Australians might one day need a vaccination passport to travel across state borders, with Prime Minister Scott Morrison declaring "all of those arrangements will have to be put in place". #9News https://t.co/vBc6H9AfDG

Morrison is staring down growing calls from business groups, health officials and his own colleagues to set a framework for reopening the international border, suggesting vaccine passports could be the answer there as well.

"But also potentially to be able to travel overseas and have different quarantine arrangements on their return, with the sign-off from state chief health officers," he said.

Virgin Australia chief executive Jane Hrdlicka has called for international borders to reopen once enough Australians are vaccinated, even if it means some people die.

"What she said actually made sense, it's just the correlation probably doesn't sound that good," he told Nine.

"But her basic thing was that it's like the flu. A couple of thousand people die every year from the flu here. It's going to be the same with the coronavirus, even when people are vaccinated widely."

A Sydney-based businessman has become the second Australian to die from COVID-19 in India, as the country struggles to contain the virus.

Mr Kant's death follows that of a 59-year-old Australian permanent resident who died in Delhi earlier this month.
The man's daughter wrote on Facebook that her father had been "abandoned" by the Australian government and it's ban on all travel from India.

The travel ban ended on May 15, but only one repatriation flight carrying only 80 of the 9000 Australians trying to get home, has landed as of yet.

Ms Payne said this week's flight would arrive in Darwin this Sunday, with a third service following on May 31.

More than 52,000 Palestinians have been displaced by Israeli air strikes that have destroyed or badly damaged nearly 450 buildings in the Gaza Strip, the UN aid agency says.

In a separate statement on the conflict, rights group Amnesty International said Israel air strikes on residential buildings might amount to war crimes.

Israel says it hits only legitimate military targets and that it does all it can to avoid civilian casualties.

About 47,000 of the displaced people have sought shelter in 58 UN-run schools in Gaza, Jens Laerke, a spokesman for the United Nations Office for the Coordination of Humanitarian Affairs (OCHA) in Geneva, told reporters.

Laerke said 132 buildings had been destroyed and 316 had been severely damaged, including six hospitals and nine primary healthcare centres as well a desalination plant, affecting access to drinking water for about 250,000 people.

The UN agency welcomed the fact that Israel had opened a border crossing for humanitarian supplies but called for another crossing to also be opened.

There is a severe shortage of medical supplies, a risk of water-borne diseases and the spread of COVID-19 because of displaced people crowding into schools, said Margaret Harris, a spokeswoman for the World Health Organisation. 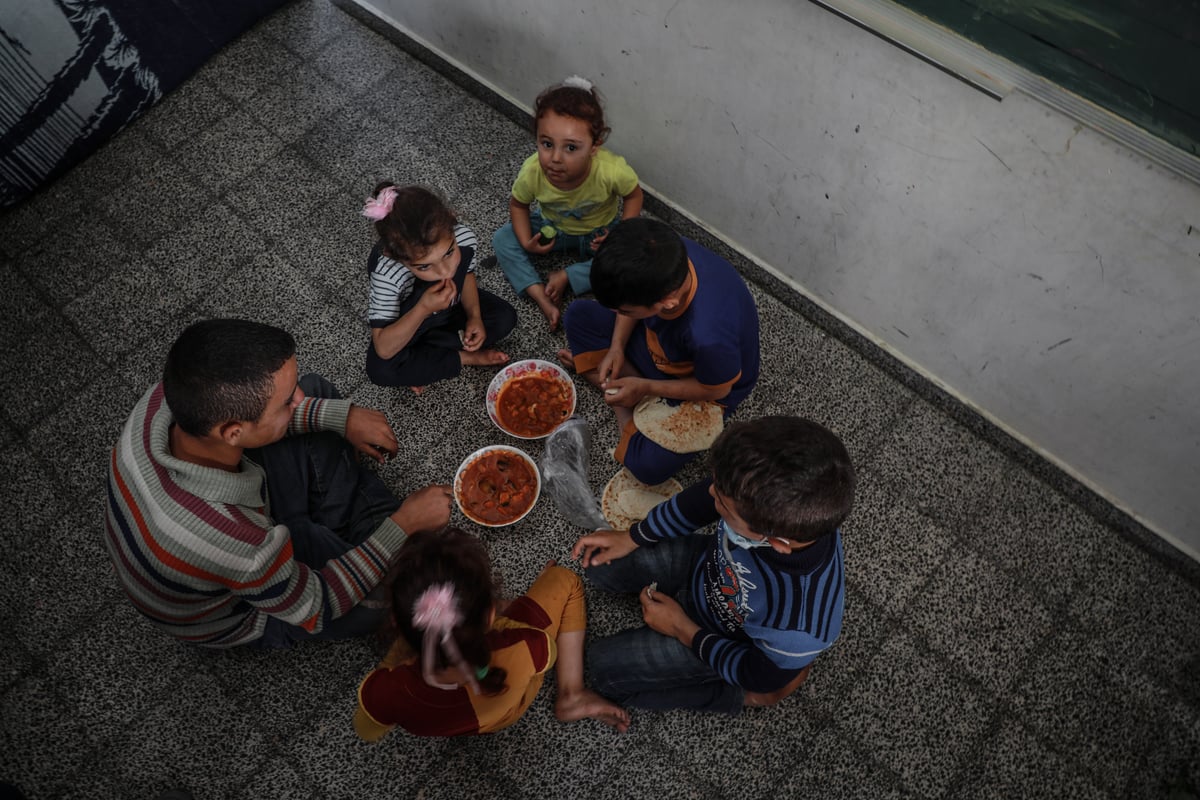 Palestinians, who fled their home due to Israeli air and artillery strikes, sit at a United Nations-run school where they take refuge. Image: Majdi Fathi/NurPhoto/Getty

Amnesty, which urged both sides last week not to violate humanitarian law, said it had documented four deadly attacks by Israel launched on residential homes without prior warning and called on the International Criminal Court to investigate.

LISTEN: to The Quicky, to get your head round the conflict.

CCTV footage shows a man dressed in a hazmat suit leaving Judy Bedner's Melbourne home two days before her body was found inside.

In other footage from May 4 obtained by 9News accused killer Thomas Bedner says to his mother, "Hello Judy, I would like to know why you lied last year to say I was crazy?"

The events that led up to the killing of a Melbourne mother have been revealed in chilling security vision. #9Today pic.twitter.com/YtR6NzAWZl

Bednar, who lives 750m from his mother, was arrested and charged on Monday after the discovery of 78-year-old inside her Chelsea home at about 10.30am.

9News has confirmed Ms Bednar had asked police for protection a week before her death.

According to The Australian, Ms Bednar is a Holocaust survivor who had relatives locked in concentration camps during World War II, before her family fled Hungary when she was a little girl in search of a safer home.

A surfer fatally mauled by a 4.5-metre great white shark off Tuncurry Beach on the NSW mid-north coast was desperately warning friends of the danger when he was attacked.

It's the first confirmed fatal shark attack in Australian waters this year, though it's believed another man was killed by a shark off South Australia in January.

Emergency Services were called to the beach, just north of Forster, about 11.20am on Tuesday, after the man in his 50s was bitten while surfing.

A man has died after being attacked by a shark at Tuncurry beach. #7NEWS https://t.co/Ah7WmhhvSa

Police say the man spotted the shark before it latched on, leaving him with horrific injuries to his upper thigh.

"When the attack occurred the man did actually see the shark and called out to try and warn others" Superintendent Christopher Schilt told reporters.

"Very heroically his friends were able to bring him back into shore after he had been attacked."

Despite the efforts of bystanders - which included an off-duty paramedic - the man died on the shore.

British Environment Secretary George Eustice says the government wants to do trade deals with other countries "but obviously on the right terms" amid reports of a rift in the Cabinet over negotiations with Australia.

“Basically we’re talking about signing off the slow death of British farming so Liz Truss can score a quick political point,” said one insider opposed to the deal.#Brexit #BrexitDisaster

The newspaper reported that doing so could spark a backlash from the UK farming industry due to the impact of potential zero-tariff imports of lamb and beef.

But Truss considers the first major post-Brexit trade deal a "crunch point" with a desire to finalise it before June's G7 conference in Cornwall.

Eustice said there was a "balance to be struck" between opening up trade and protecting domestic industries, a view shared by the National Farmers' Union (NFU).

- A nurse who cared for UK Prime Minister Boris Johnson when he was in intensive care after being diagnosed with COVID-19 has resigned from the profession after becoming fed up with the government's treatment of healthcare workers.

- Actor Charles Grodin, best known for his roles in The Heartbreak Kid, Heaven Can Wait and Midnight Run, has died from bone marrow cancer at the age of 86.

- This year's Eurovision contest is officially underway after being cancelled for the first time in its history last year.

Reply
Upvote
I suspect people my age will remember Charles Grodin better from the Beethoven movies, or as Kevin Kline's best mate in Dave (love that movie!).

rodine a month ago