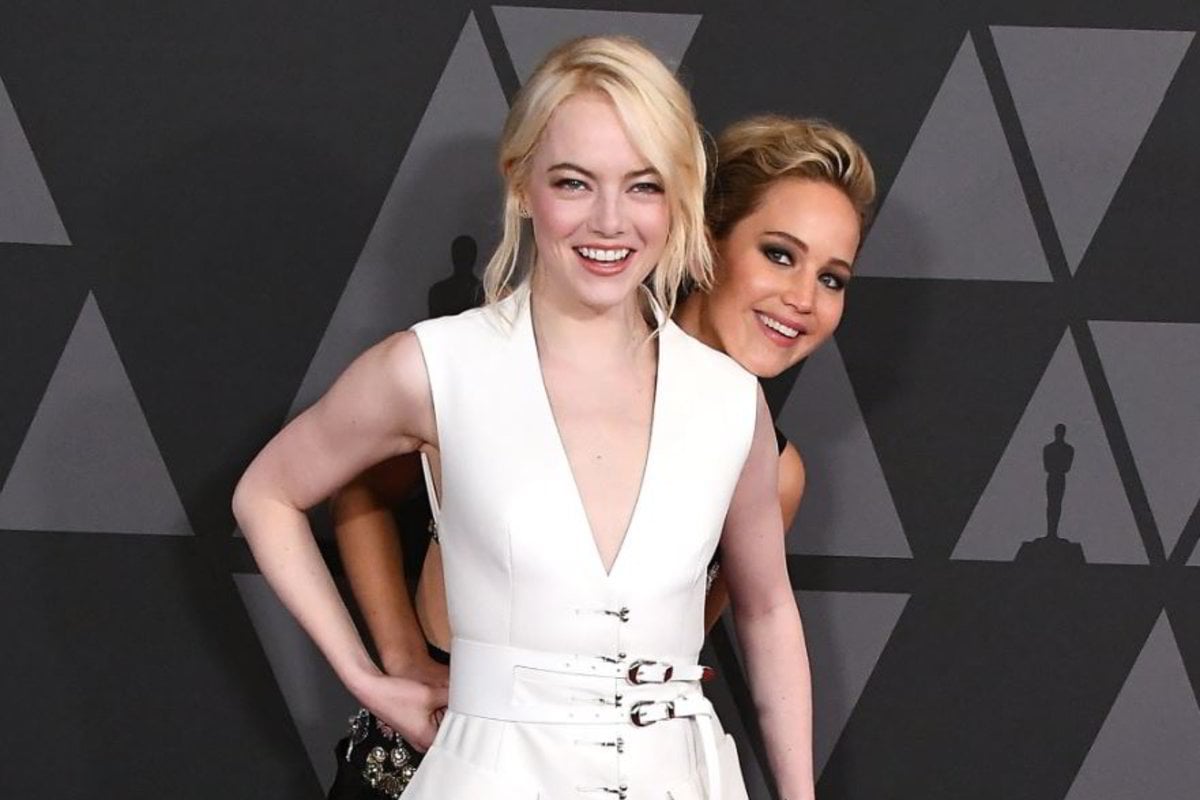 In the crazy world that is Hollywood, it's important for celebrities to have friends on the inside.

Friends that will understand the pressures of being famous, know how to handle the relentless paparazzi and get to see what you're really like underneath the glitz and glamour of it all.

Watch: Celebs who broke up then worked together. Post continues below. 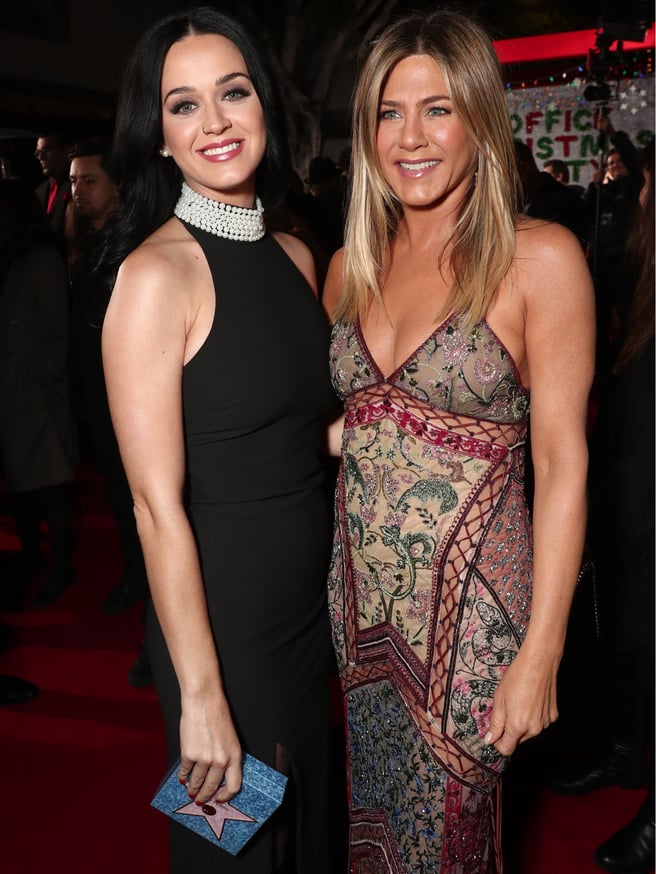 Our first unlikely friendship is Katy Perry and Jennifer Aniston.

The '﻿Firework' singer and Friends actress have apparently been friends for over a decade and are so close that Perry asked Aniston to be her first child's godmother.

"She is pretty chuffed about it as well and cried when they asked her," a source shared with The Mirror.

"Katy and Jen are very close. During lockdown they went for socially-distanced walks, and spent lots of time catching up." 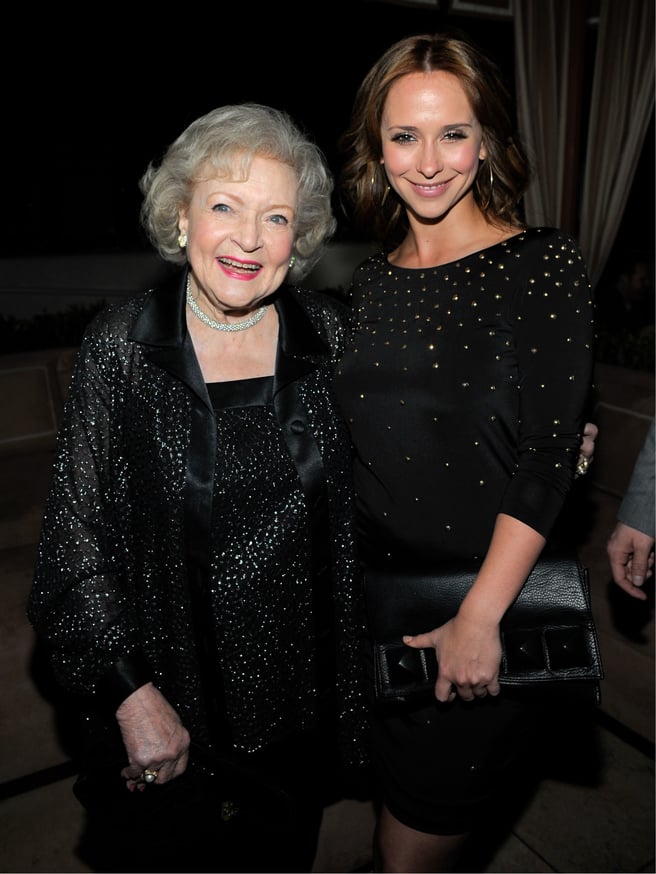 After appearing on the 2011 film The Lost Valentine together, Betty White and Jennifer Love Hewitt became friends.

In 2018, Hewitt told James Corden that the two ladies got together for cocktails and a catch up.

"Shut the front door and lock it; she's perfect," Hewitt said. "We got drunk, and we had Gummy Bears — it was amazing." 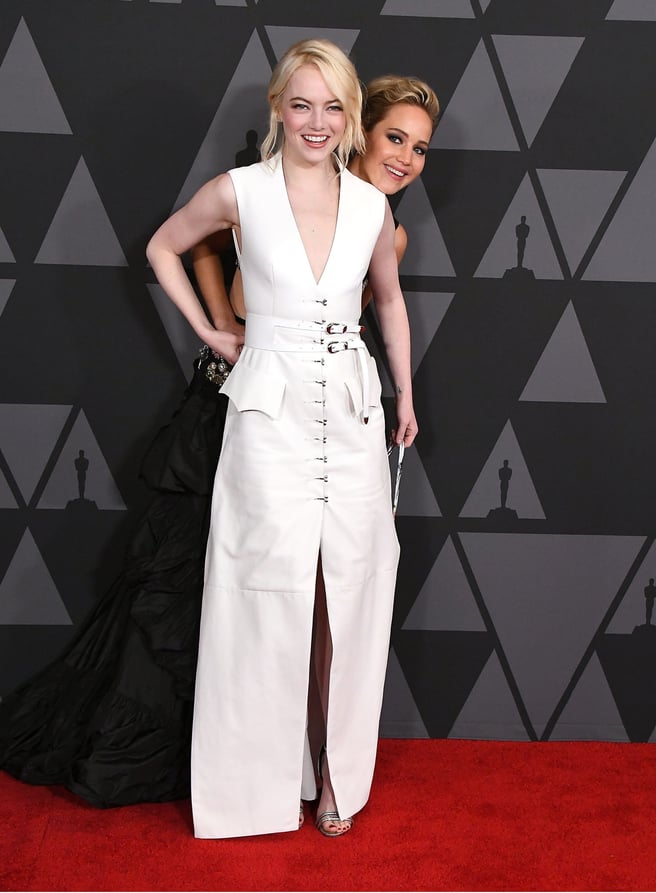 Jennifer Lawrence and Emma Stone are two of the biggest names in Hollywood. They also happen to be best friends.

The women, who are both Academy Award and Golden Globes winners, have been friends since another famous actor, Woody Harrelson, shared their phone numbers with each other. But when they finally met in person, things got a little weird.

"Jennifer Lawrence and I both had the same stalker, John the Orchestra Guy," Stone told W magazine.

"He would text us both and say things like 'I'm running late on my way to the soundstage. Can you warm up the orchestra for me? Text me back and let me know you got this.' He wasn't really a stalker. He must have worked at a studio or something because he had a lot of people's numbers."

"So Jen calls me and says, 'I just want to make sure you're not John the Orchestra Guy.' I wasn't. And we met. It's our adorable love story." 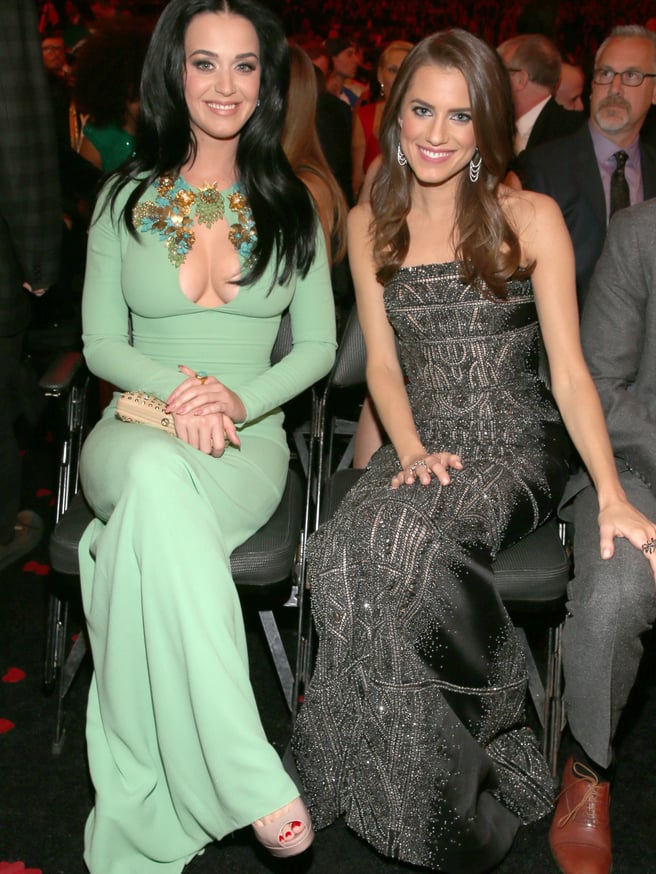 Another unlikely friendship of Katy Perry's is with Girls star Allison Williams.

Recalling how the two met, Williams told Andy Cohen, "My now husband is very close with a girl named Sophia who introduced us to Katy a couple of years ago, and we just clicked. She’s the coolest." 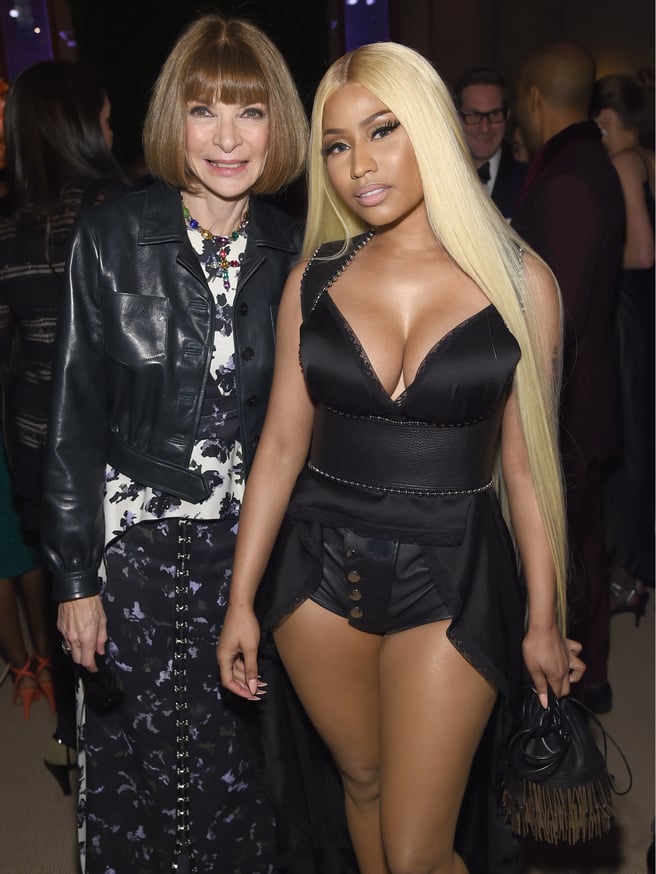 Probably the most unlikely friendship of them all: Vogue editor-in-chief Anna Wintour and 'Super Bass' singer Nicki Minaj.

In 2011, Minaj famously sat next to Wintour at the Carolina Herrera Spring 2012 fashion show. Following that the two were spotted together at a few events. And in 2018, Minaj released an album called... you guessed it: 'Anna Wintour'. 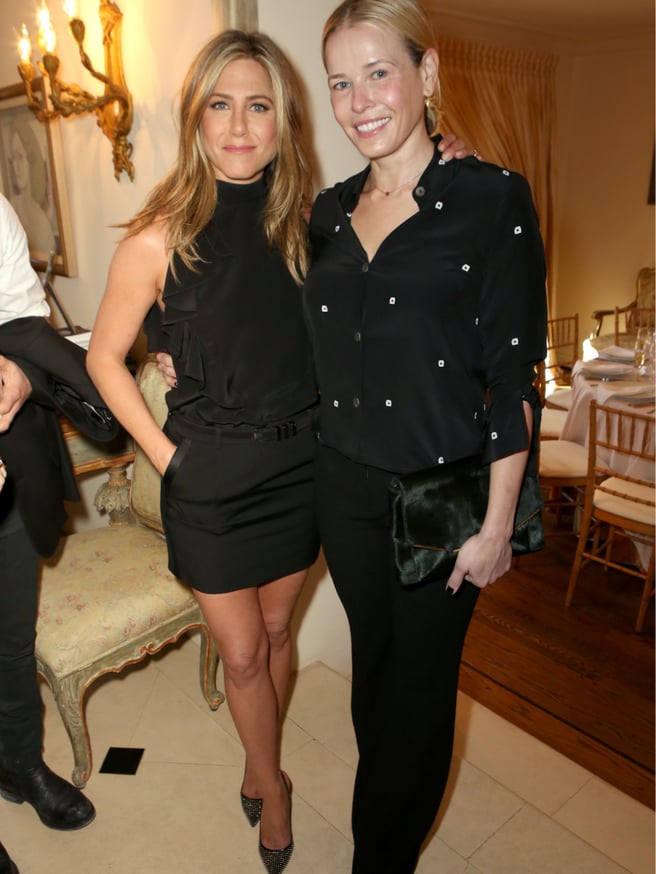 Chelsea Handler and Jennifer Aniston have been close friends for a long time.

But after over five years of friendship, it was reported that the two no longer speak as Handler began telling the tabloids about Aniston's relationship with Justin Theroux.

However, in 2019, Handler confirmed that the feud was over and they are indeed friends again. 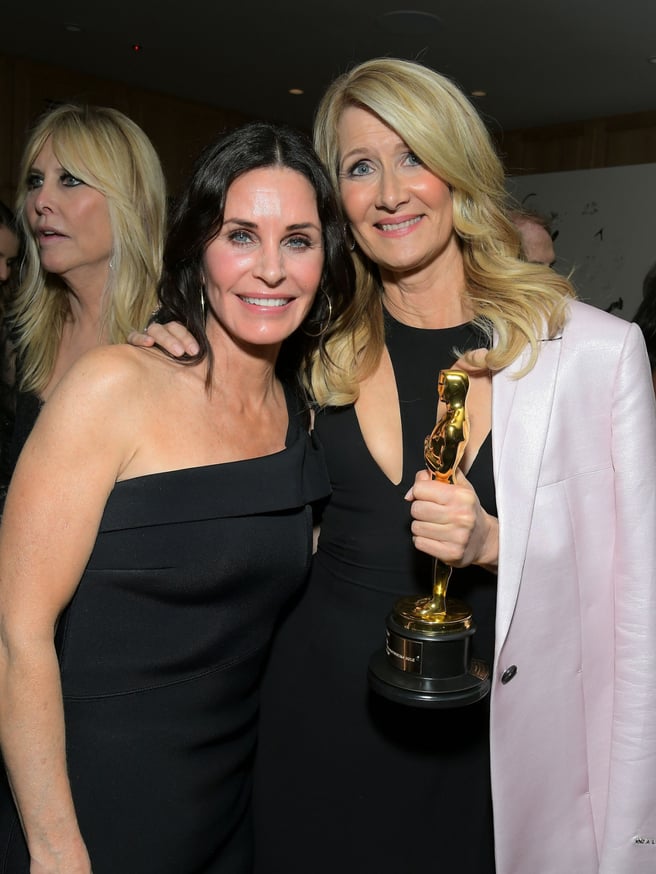 These two A-list actresses have been friends for many, many years. And they are so close, they share a Christmas tradition together.

For the past 14 years, since their children were toddlers, Dern and Cox have spent the morning of Christmas Eve together.

"I love this family and our Christmas Eve tradition. Some things never change…much," Cox wrote on her Instagram on December 25 last year.

I love this family and our Christmas Eve tradition. Some things never change...much. 🎄♥️🎄 #family 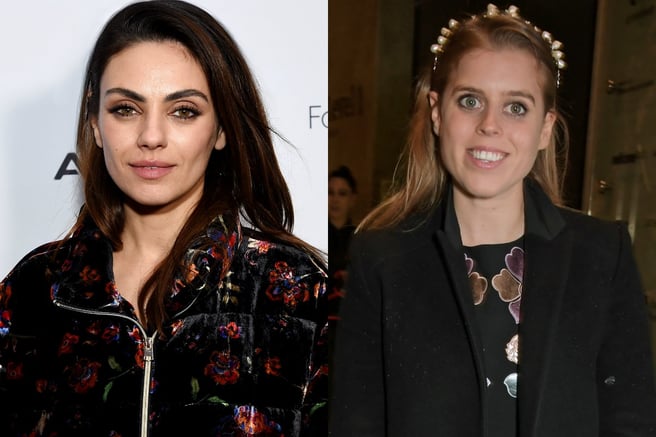 Whilst you wouldn't think that a That '70s Show star and a royal could be close friends, these two ladies are!#.

Sources have shared that Kunis and Princess Beatrice have actually been friends for over seven years now. 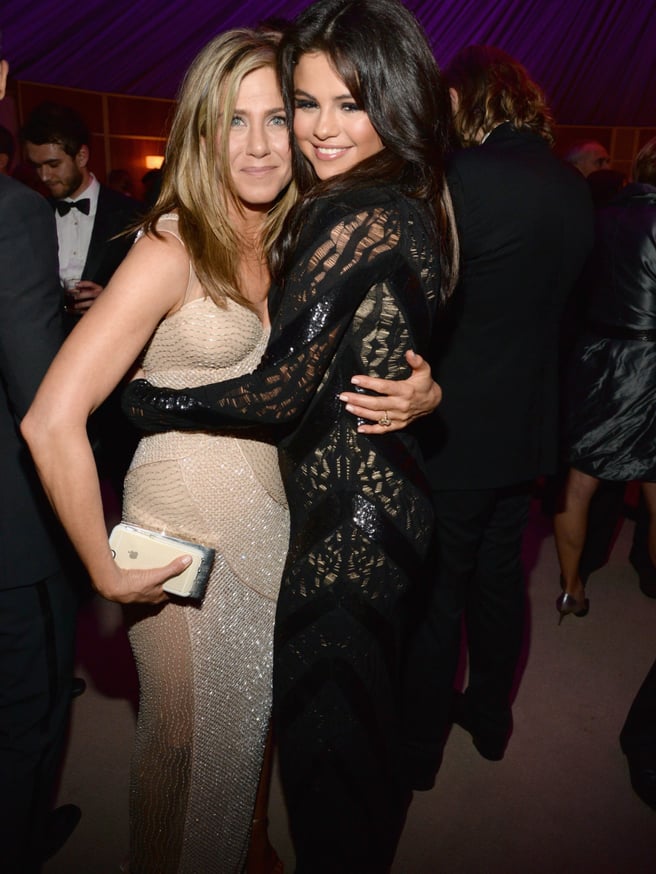 So clearly, Jennifer Aniston is friends with everyone.

These two met back in 2014 through their mutual management company and have been friends ever since.

While guest-hosting The Ellen DeGeneres Show, Aniston said to Gomez, "We've known each other for years. You've been to my house. We've had pizza. Girl after my own heart, do we love a pizza or what? We love a pizza."

"Yes, we do," Gomez responded. 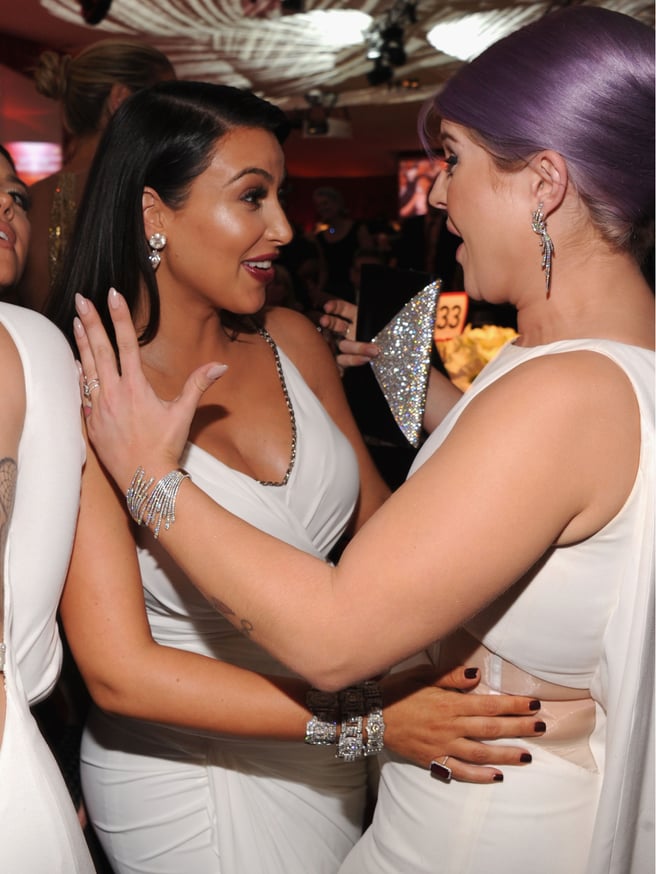 Kim Kardashian and Kelly Osborne have known each other forever.

They used to run in the same Los Angeles socialite circle, their families know each other and Osborne was even invited to Kim's bridal shower back in 2011. However, she sadly had to decline due to the passing of her other close friend, Amy Winehouse. 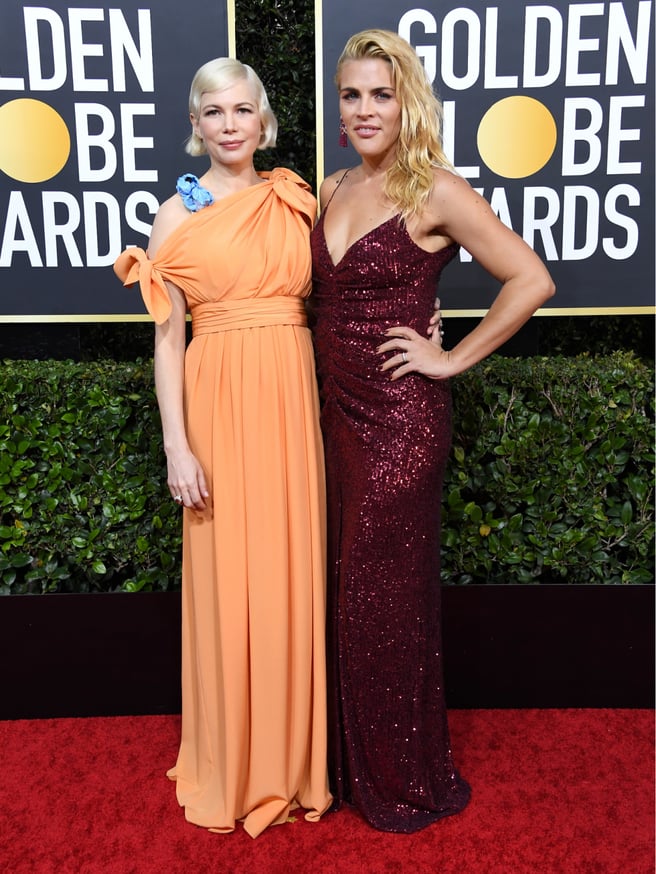 An iconic Hollywood friendship, Busy Phillips and Michelle Williams have been best friends for 19 years now. They first met when starring on Dawson's Creek and have been close ever since.

"When I met her, she was the coolest girl I had ever seen," Williams recalled to Entertainment Weekly in 2018.

"She had a nose ring. She wore her hair in braids. She wore overalls. And she had this attitude like, 'I know who I am and don't cross my line.' I just thought, 'I want to be this person when I grow up.' She was my first real friend I ever had."

Even though my sweater is cutting my face in a weird way and I don’t look the best in this pic, my other 2 friends look incredible so I’m posting it because that’s what you do when you love someone😂❤️ Congratulations to my stunningly talented friend for her 5/5 award recognition for a performance that left me speechless from start to beautiful finish. If you missed Fosse/Verdon, do you yourself a favor and watch it- it is a masterclass in acting led by Michelle and Sam Rockwell(who also won last night!) ❤️💜❤️💜❤️💜❤️ 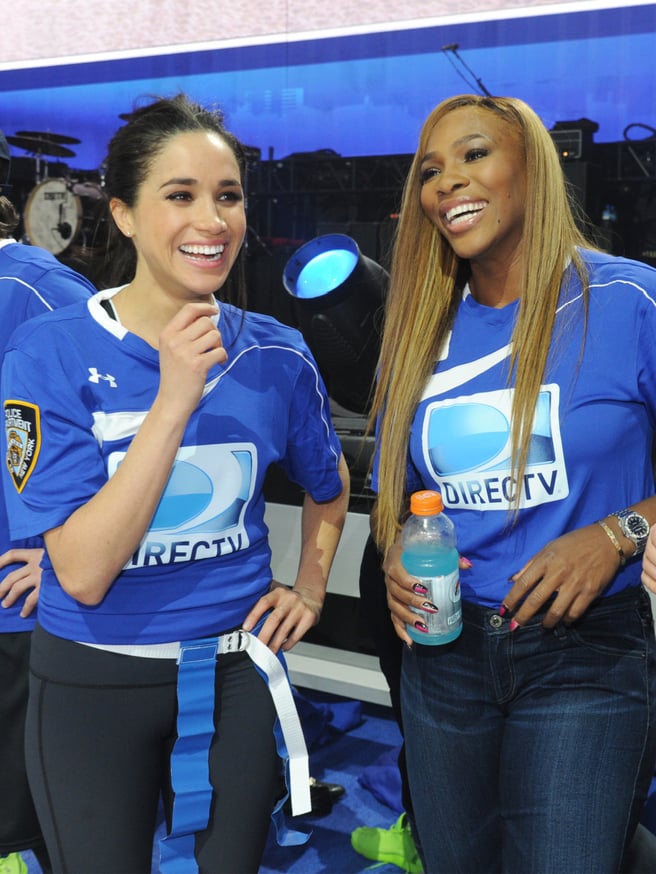 And finally, a royal and professional athlete who are great friends.

Meghan Markle and Serena Williams first became friends back in 2010 when they met at the Super Bowl in Miami. Years later, Serena attended her wedding to Prince Harry at St George's Chapel in 2018, and in 2019, Markle showed her support for Williams at Wimbledon.