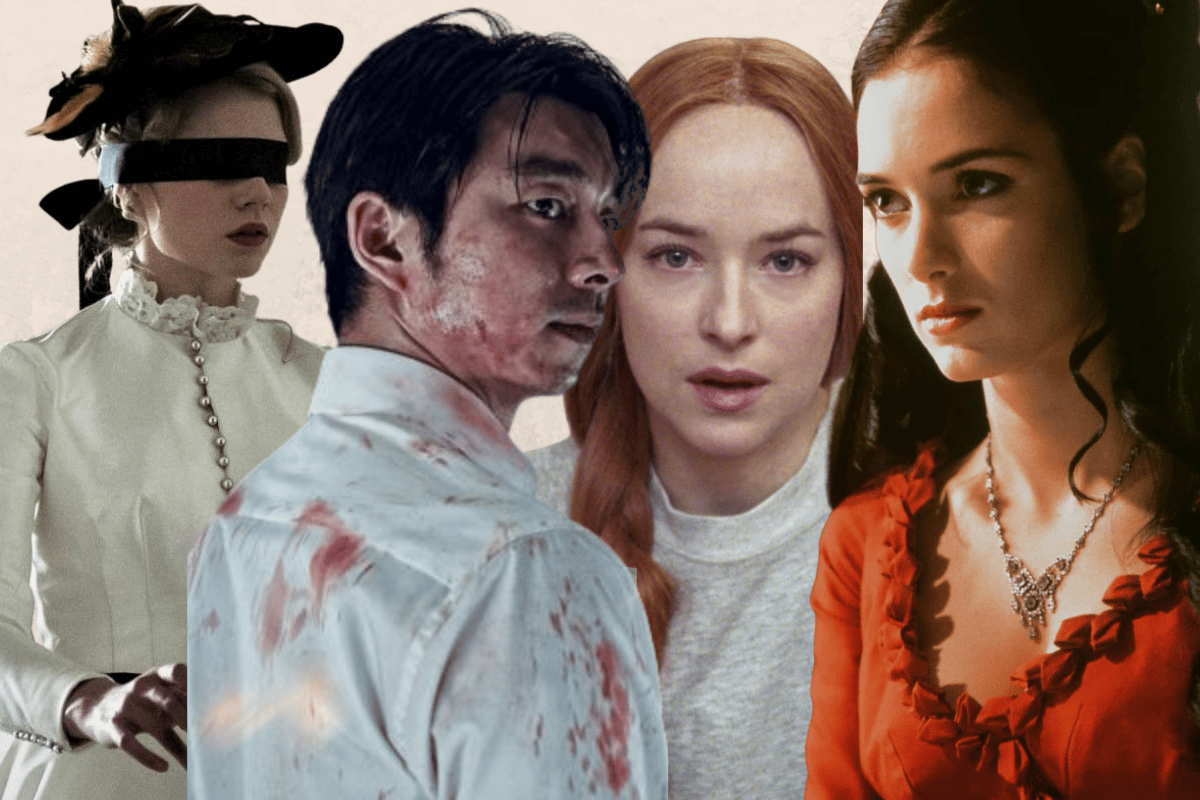 Not only is that one of Scream's most iconic lines, but it's also the fastest way to tell someone's true character because only the best kind of people appreciate the brilliance of horror movies.

Good horror movies are works of art, able to explore the darkest depths of human nature while also creating elevated worlds and chilling plot twists. But not every good movie gets its time in the spotlight.

If you're a horror movie fiend, you're probably familiar with many of the titles on this list, but for the average movie-goer, here are some under-the-radar horror movies that really deserve your attention.

While you're here, watch the trailer for Claire Foy's latest horror movie. Post continues after video.

This low-budget French-Canadian film, which was written and directed by Pascal Laugier, is easily one of the best psychological horror movies of all time. Martyrs tells the story of two women named Lucie and Anna, who set out to get revenge on the people who abducted and tortured Lucie when she was a child, but the situation they walk into is much more sinister than they first believed.

The movie stirred up controversy following its 2008 release and was even labelled "graphic, brutal, nasty and gruesome and not to everyone's taste" and it's definitely very difficult to watch, but at the same time it's powerful storytelling that builds to a surprising, but very grim, conclusion.

Cabin Fever is a movie that will make you terrified to holiday in the woods and also shave your legs. That last part will make sense when you watch it.

The movie is about a group of five college graduates who rent a cabin in the woods (this never ends well for anyone) and begin to fall victim to a horrifying flesh-eating virus, which then attracts the unwanted attention of the homicidal locals.

There are two versions of Suspiria and both are excellent, but if you're looking for a more modern-day twist, then watch the 2018 version starring Dakota Johnson and Tilda Swinton.

The movie takes place in 1970s Berlin when a young American dancer named Susie Bannion arrives in town to study at a world-renowned ballet school. Strange things soon begin to happen and it doesn't take long for one of Susie's fellow students to break down in hysterics and accuse the school's female directors of witchcraft.

Soon the audience finds out what is really lurking in the school's hidden underground chambers and let's just say you'll be glad you never continued with those ballet lessons as a kid.

Suspiria is visually stunning and you'll never look at Dakota and Tilda the same way again. 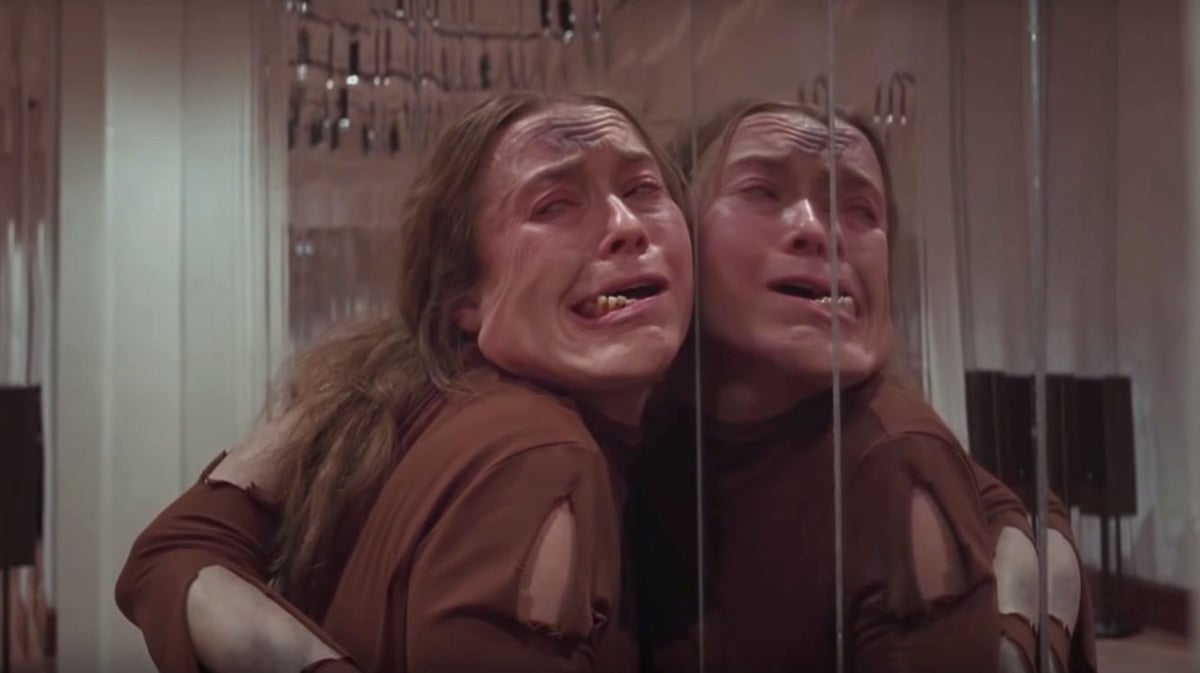 I Am the Pretty Thing That Lives in the House

There's nothing like a touch of gothic horror with a literary twist, and I Am the Pretty Thing That Lives in the House hits this note perfectly.

The movie stars Ruth Wilson as Lily Saylor, a nurse who moves into an isolated home to look after a retired horror writer named Iris Blum, who is suffering from dementia.

Predictably, odd things begin to happen in the home that suggests a ghostly presence is really in charge. Furniture mysteriously moves by itself and strange clusters of black mould show up in unwanted places.

It turns out that Iris' most famous novel, The Lady in the Walls, might not be fiction after all.

Listen to The Spill’s bonus episode The Watch, discussing every plot twist in Squid Game explained. Post continues after podcast.

Yes, this did get a lot of hype when it came out so maybe it's not fair to call it 'underrated' but I'm sure when most people are asked to name a Jennifer Lawrence movie they don't immediately go to Mother!, even though they should.

Mother! is the story of a young woman who lives an isolated but peaceful life with her husband in their beautiful country home, but everything is disrupted by the arrival of a mysterious couple.

It's a cleverly made film, but also features a number of scenes so disturbing Jennifer Lawrence had to hide in a tent between takes.

Watch it on Binge

Audition is a Japanese horror film based on the 1997 novel by Ryu Murakami.

The film is about a widower named Shigeharu Aoyama, whose friend holds a mock casting audition so young women can audition for the "part" of his new wife. Aoyama is immediately drawn to a woman named Asami Yamazaki, and they head off on a romantic weekend away.

The next day, Asami is nowhere to be found and Aoyama attempts to track her down via the resume she brought to the "audition" which leads to a series of gruesome discoveries.

In The Tall Grass

Yes, grass is a surprising choice for a horror movie villain, but when it's a story based on a novella by Stephen King and Joe Hill it just works.

In the film, siblings Becky and Cal hear a little boy calling out from a field of tall grass and so they head into the grass to help him. Big mistake, because they are soon trapped in this mysterious place and they are not the only passersby to be lured in there. Basically, there is no escape and no way for them to even stick together.

You'll never want to help an innocent child ever again.

In The Tall Grass is based on a novella by Stephen King and Joe Hill. Image: Netflix.

More a thriller than a full-blown horror movie, but The Hunt will still have you on the edge of your seat.

In the opening scenes of the movie, eleven strangers wake up bound and gagged in a forest, but clearly someone wants them to escape. Or at least run.

They find a cache of weapons and the keys to their gags in a clearing, but before they can get their bearings about what is really happening, five of them are instantly killed by an unseen enemy while the rest are left to flee for their lives.

The survivors soon realise that a conspiracy theory, called Manorgate, might be true after all.

Watch in on Binge

Yes, it seems disrespectful to call Train To Busan an underrated movie, but the fact that everyone in the world isn't raving about this masterpiece on a daily basis just means more people need to watch it.

This South Korean action horror film is the definition of a movie that will have you clutching the arms of your chair for the entire wild ride.

It takes place mostly on a high-speed train from Seoul to Busan, just as a chemical leak at a biotech plant causes the start of a zombie apocalypse that rapidly spreads across South Korea.

You may think you've seen a lot of good vampire movies, but nothing comes close to the chilling (and very sexy) Bram Stoker's Dracula. The film was realised in 1992 and should really be getting a lot more airplay today.

It stars Gary Oldman as Count Dracula, Winona Ryder as Mina Harker, Anthony Hopkins as Professor Abraham Van Helsing, and Keanu Reeves as Jonathan Harker. And unlike a lot of modern-day horror movies, Bram Stoker's Dracula does not rely heavily on special effects and jump scares to truly terrify you.

Watch it on Binge

Reply
Upvote
Do NOT watch Audition. Seen it like a decade ago and the torture scenes still haunt me to this day.
Train to Busan is great, though!
F
fightofyourlife 3 months ago